Observations on the Malting of Ancient Wheats: Einkorn, Emmer and Spelt

In order to improve the olives’ quality, and to reduce the de-bittering time during the table olive fermentation process, it is necessary to pilot the fermentation by inoculating the brine with selected cultures of microorganisms. Some probiotic tests, such as resistance/sensitivity to antibiotics, bile salt hydrolase (BSH) activity, growth at acidic pH, an auto-aggregation assay, and a test of the production of exopolysaccharides, were carried out in order to screen 35 oleuropeinolytic Lactiplantibacillus plantarum subsp. plantarum strains to be used in guided fermentations of table olives. On the basis of the technological and probiotic screening, we analyzed the progress of three different lab-scale fermentations of Olea europaea L. Itrana cv. olives inoculated with spontaneous, single, and multiple starters: jar A was left to ferment spontaneously; jar B was inoculated with a strongly oleuropeinolytic strain (L. plantarum B1); jar C was inoculated with a multiple inoculum (L. plantarum B1 + L. plantarum B51 + L. plantarum B124). The following parameters were monitored during the fermentation: pH, titratable acidity, NaCl concentration, the degradation of bio-phenols, and the enrichment rate of hydroxytyrosol and tyrosol in the olive’s flesh, oil and brine. The degradation of secoiridoid glucosides appeared to be faster in the inoculated jars than in the spontaneously-fermented jar. The production of hydroxytyrosol and ligstroside aglycons was high. This indicated a complete degradation of the oleuropein and a partial degradation of the ligstroside. The multiple inoculum ensured a complete debittering, and could give probiotic traits. The presence of L. plantarum B1 and B124 as a fermentation starter guarantees an optimal trend of de-bittering and fermentation variables, thus ensuring the production of a better final product. L. plantarum B51 could be considered to be a promising probiotic candidate for obtaining probiotic food of completely vegetable origin. View Full-Text
Keywords: L. plantarum; starter; table olives; lactic fermentation; biophenols; oleuropein; ligstroside; hydroxytyrosol; tyrosol L. plantarum; starter; table olives; lactic fermentation; biophenols; oleuropein; ligstroside; hydroxytyrosol; tyrosol
►▼ Show Figures 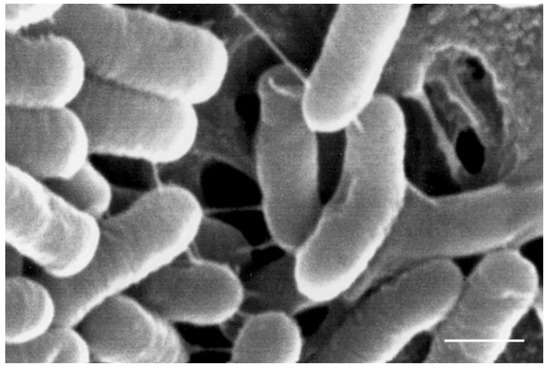