Getting a Hold of Skitching

On the basis of the analyses of past cases, we demonstrate how cognitive biases are ubiquitous in the process of incidents, crashes, collisions or disasters, as well as how they distort decision making and lead to undesirable outcomes. Five case studies were considered: a fire outbreak during cooking using an induction heating (IH) cooker, the KLM Flight 4805 crash, the Challenger space shuttle disaster, the collision between the Japanese Aegis-equipped destroyer “Atago” and a fishing boat and the Three Mile Island nuclear power plant meltdown. We demonstrate that heuristic-based biases, such as confirmation bias, groupthink and social loafing, overconfidence-based biases, such as the illusion of plan and control, and optimistic bias; framing biases majorly contributed to distorted decision making and eventually became the main cause of the incident, crash, collision or disaster. Therefore, we concluded that, in addition to human factors or ergonomics approaches, recognition and elimination of cognitive biases is indispensable for preventing incidents, crashes, collisions or disasters from occurring. View Full-Text
Keywords: cognitive bias; confirmation bias; groupthink; fallacy of control; fallacy of plan; framing cognitive bias; confirmation bias; groupthink; fallacy of control; fallacy of plan; framing
►▼ Show Figures 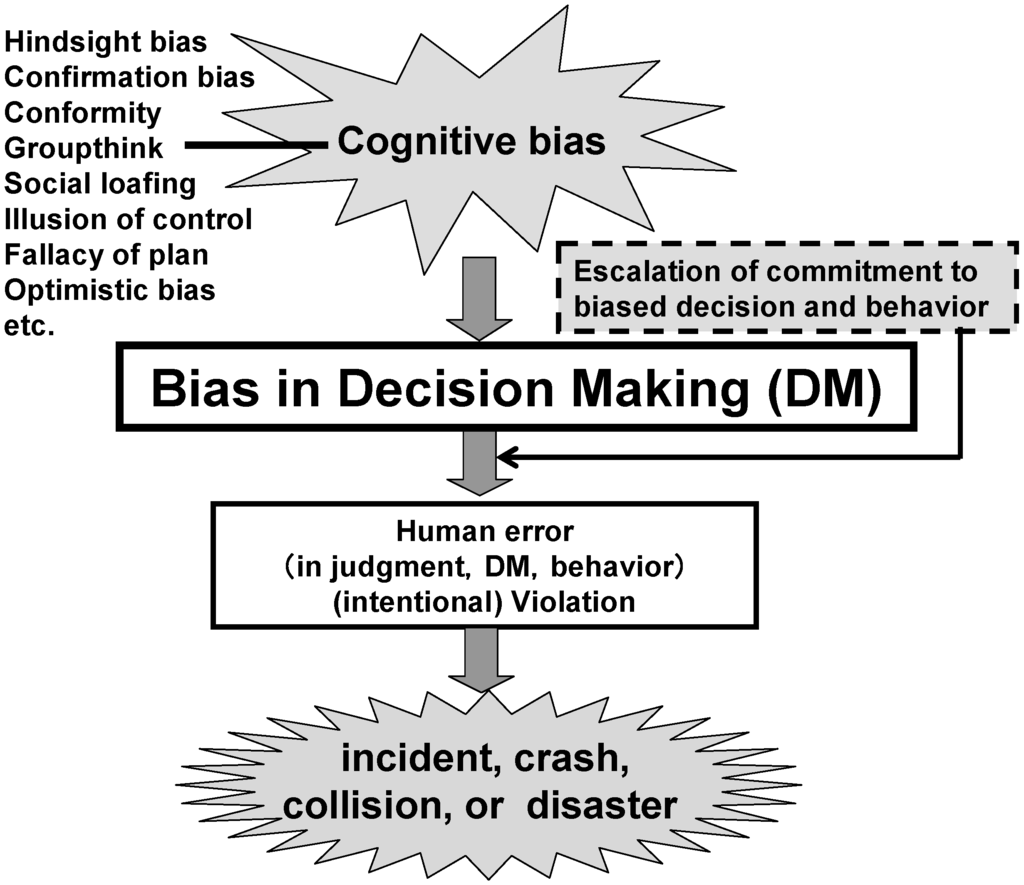