Upwelling Impact on Sardinella lemuru during the Indian Ocean Dipole in the Bali Strait, Indonesia

The Indian Ocean is the center of the occurrence of the Indian Ocean Dipole (IOD) phenomenon [1,2,3]. During the positive IOD period, the incidence of upwelling along the South Coast of Java increased due to the strengthening of the southeasterly winds along the coast, as a result of which there was a significant increase in chlorophyll-a concentration [4,5]. Conversely, during the negative IOD period, the southeasterly wind along the southern coast of Java weakened and caused low chlorophyll-a concentrations [4,6].
The Bali Strait connects water masses from the Indian Ocean to the Bali Sea and vice versa [7,8] with a shallow, narrow and steep bathymetry facing the Indian Ocean, producing high surface inlet and outflow current velocities [8]. Recent velocity results in dynamic exchange of water masses [5,7,9,10,11,12]. The waters of the Bali Strait are also indirectly affected by the IOD phenomenon, in which primary productivity fluctuations occur in the surface layer due to the upwelling process that occurs in the Indian Ocean [12,13,14,15,16]. This condition affects the dynamics of Sardinella lemuru caught in the Bali Strait. Positive IOD was associated with strong El-Nino Southern Oscillation (ENSO) during 2006 and early 2007, causing fluctuations in Sardinella lemuru [7,17].
The IOD period has an impact on the intensity of the upwelling that occurs. This condition affects the variability of chlorophyll-a concentration and sea surface temperature and affects the production of Sardinella lemuru in the Bali Strait. This study aims to analyze the upwelling phenomenon when positive IOD occurs in the Bali Strait. The discussion focuses on the spatial and temporal variation of oceanographic parameters on the upwelling phenomenon during the IOD event, and its effect on Sardinella lemuru in the Bali Strait.

2.2. Comparison of Sardinella lemuru Catch with the IOD Phase

The study area was in the Bali Strait in 114.20–115.20° E and 8.90–8.10° S (Figure 5). This water area has unique oceanographic parameters, with the main pelagic fish resource being Sardinella lemuru, which is a specific species in Indonesia [28]. The Bali Strait waters flow by seasonal cycles, namely the east (southeast) and west (northwest) seasons, and the IOD phenomenon impacts upwelling intensity and fishery potential.
Oceanographic data applied satellite imagery Aqua/Terra MODIS (Sensor Moderate Resolution Imaging Spectroradiometer) for the SSC and SST parameters. The data was downloaded from the NASA website, https://oceancolor.gsfc.nasa.gov/ (accessed on 12 March 2021). The data was level 2 data, with 1 km spatial resolution and daily temporal. Data were analyzed using the SeaWiFS Data Analysis System (SeaDAS) version 7.5.3 LINUX and Algorithm Theoretical Basic Documents MODIS (ATBD-MOD-19 and ATBD-MOD-25) to present sapatial temporal of SSC and SST distribution.
The daily dataset was composed of monthly data. SSC data errors due to suspended particles, base reflectance and case-2 water conditions ensured the data filter was carried out so that the SSC obtained ranged from 0-5 mg/m3. The SST data were disturbed by the filtered atmosphere, and the resulting range was 23 < SST < 33 °C. The temperature values were based on previous field measurements, which never exceeded this range. Upwelling intensity was classified into three classes, namely high (SST was 25–26 °C; SSC > 2 mg/m3), medium (SST 26–27 °C; SSC 1–2 mg/m3), and low (SST 27-28 °C; SSC 0.7–1 mg/m3) [29]. Spatial analysis of time series data used hovmoller charts. This diagram was used to illustrate phenomena that changed over time.
The IOD index was obtained from observations of oceanic and atmospheric interactions in the tropical Indian Ocean in the western (50–70° E and 10° S–10° N) and southeastern parts of the Indian Ocean (90–110° E and 10° S–0°/Equatorial) [1]. A positive SST anomaly indicated a favourable IOD period index. Meanwhile, the negative IOD period index was characterized by a negative SST anomaly. The threshold for describing positive and negative IOD was ±0.4 °C. The IOD index refers to The Japan Agency for Marine-Earth Science and Technology (JAMSTEC) and Bureau of Meteorology Australia’s observations, which were downloaded from the https://stateoftheocean.osmc.noaa.gov/ (accessed on 12 March 2021).
Catch data of Sardinella lemuru was collected from the Muncar and Pengambengan Fishing Port from March 2000 until December 2019. Monthly data on the catch of Sardinella lemuru were compared with oceanographic and atmospheric phenomena to see the effect of upwelling and IOD phenomena on fish catches. At this stage, we performed paired t-tests and cross-correlation to evaluate the strength of the relationship between IOD and upwelling and between upwelling and Sardinella lemuru production.

This research was funded by Directorate General of Higher Education, Ministry of Education and Culture, Indonesia, grant number 037/SP2H/LT/DRMP/2020.

Thank you to the Institute for Marine Research and Observation (IMRO) for providing modelling and in situ data for this study. The author thanks Frida Sidik, (Associate Expert Researcher from the IMRO), for her discussion, suggestions and written articles. 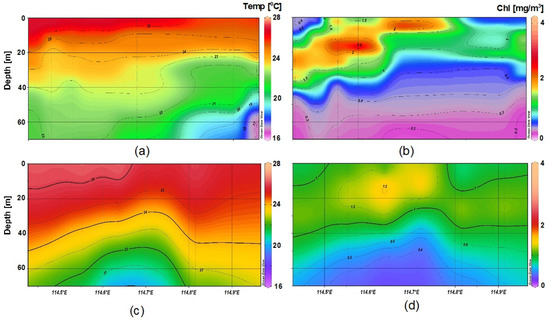 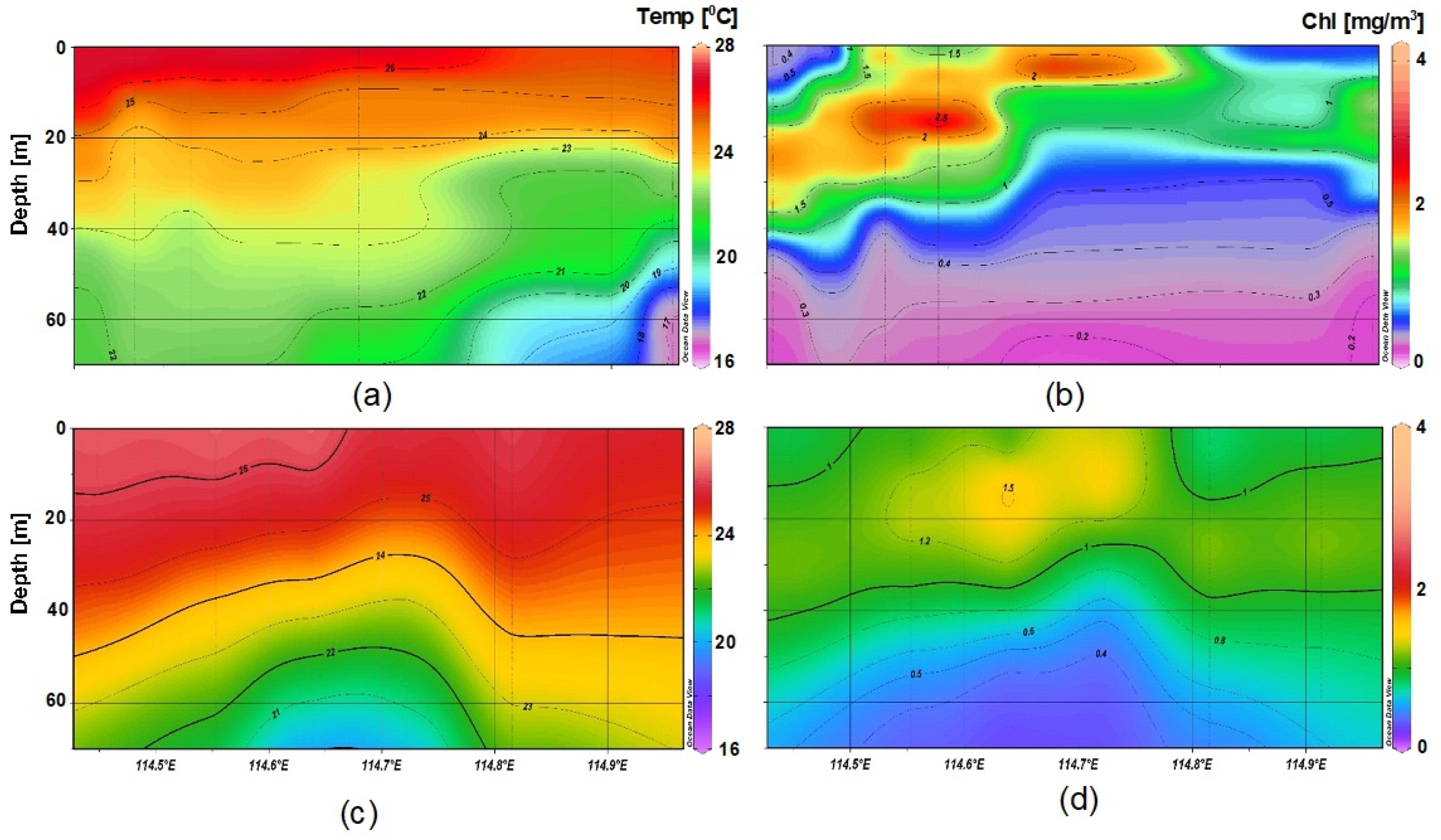 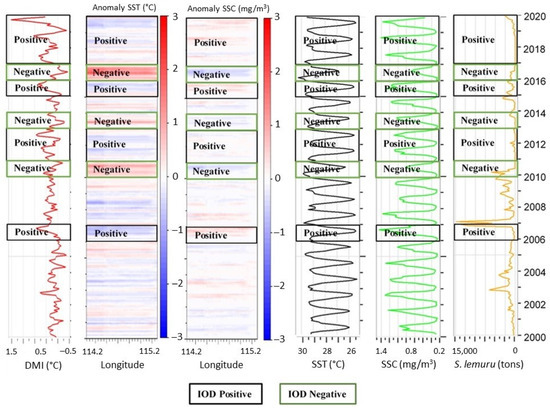 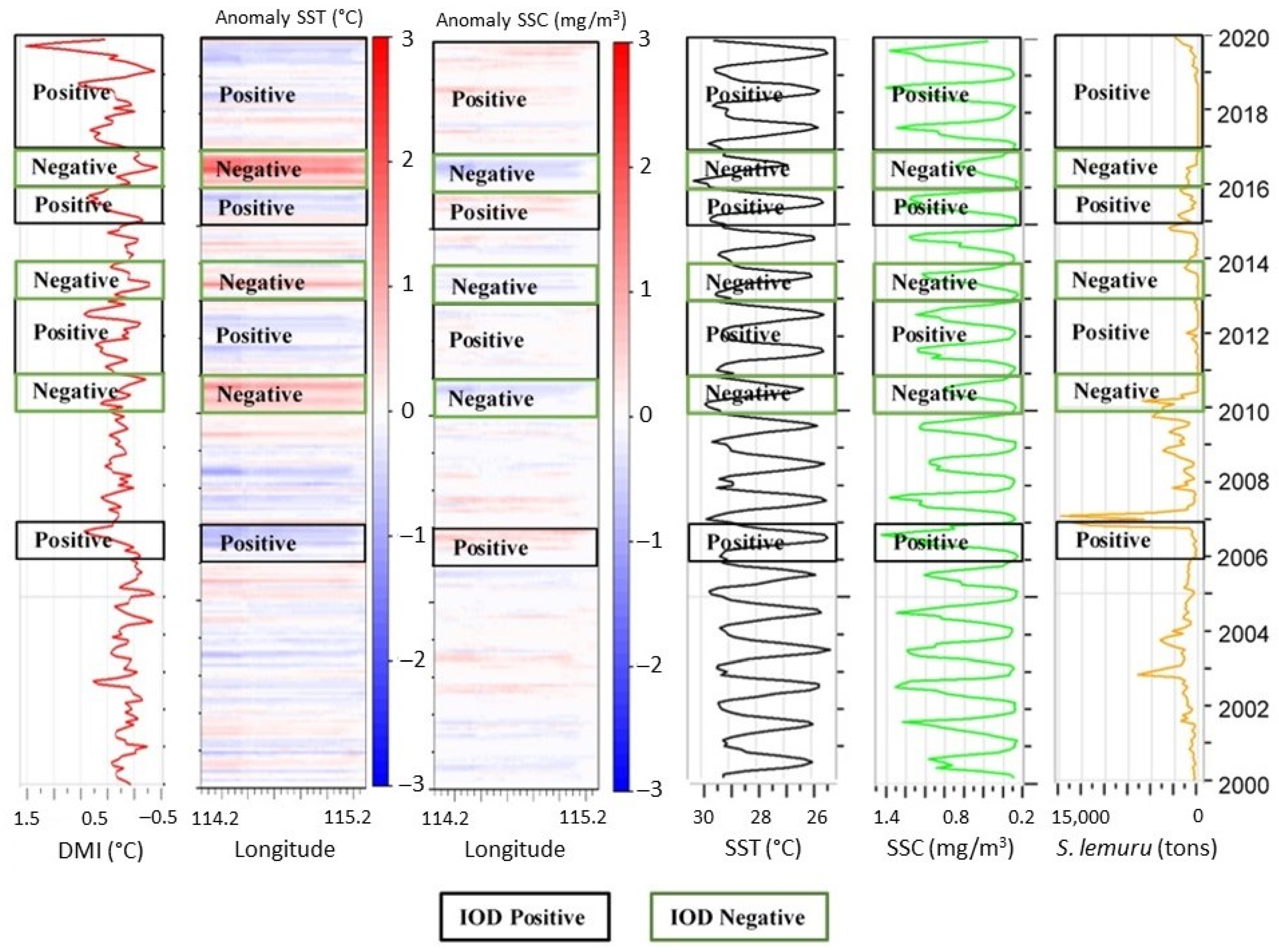 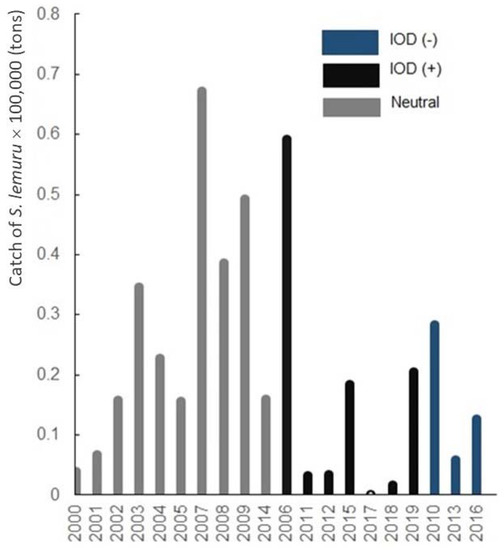 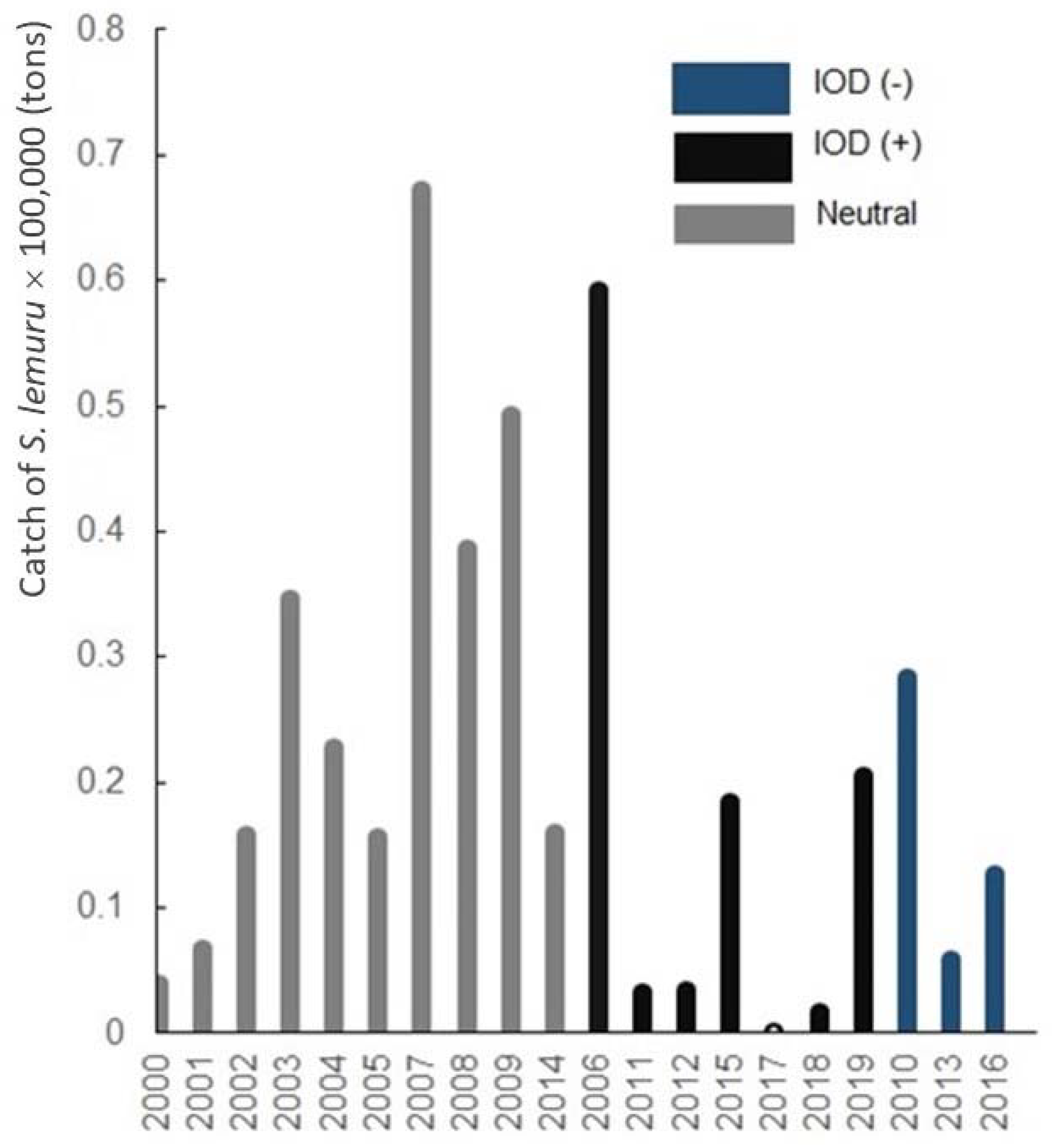 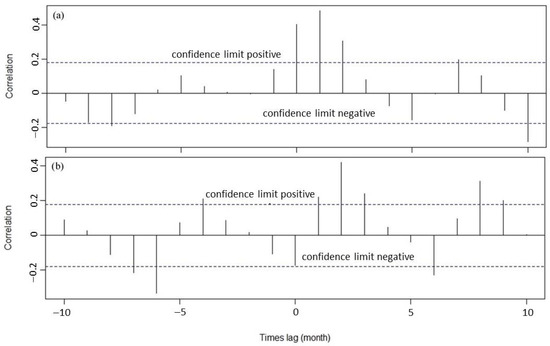 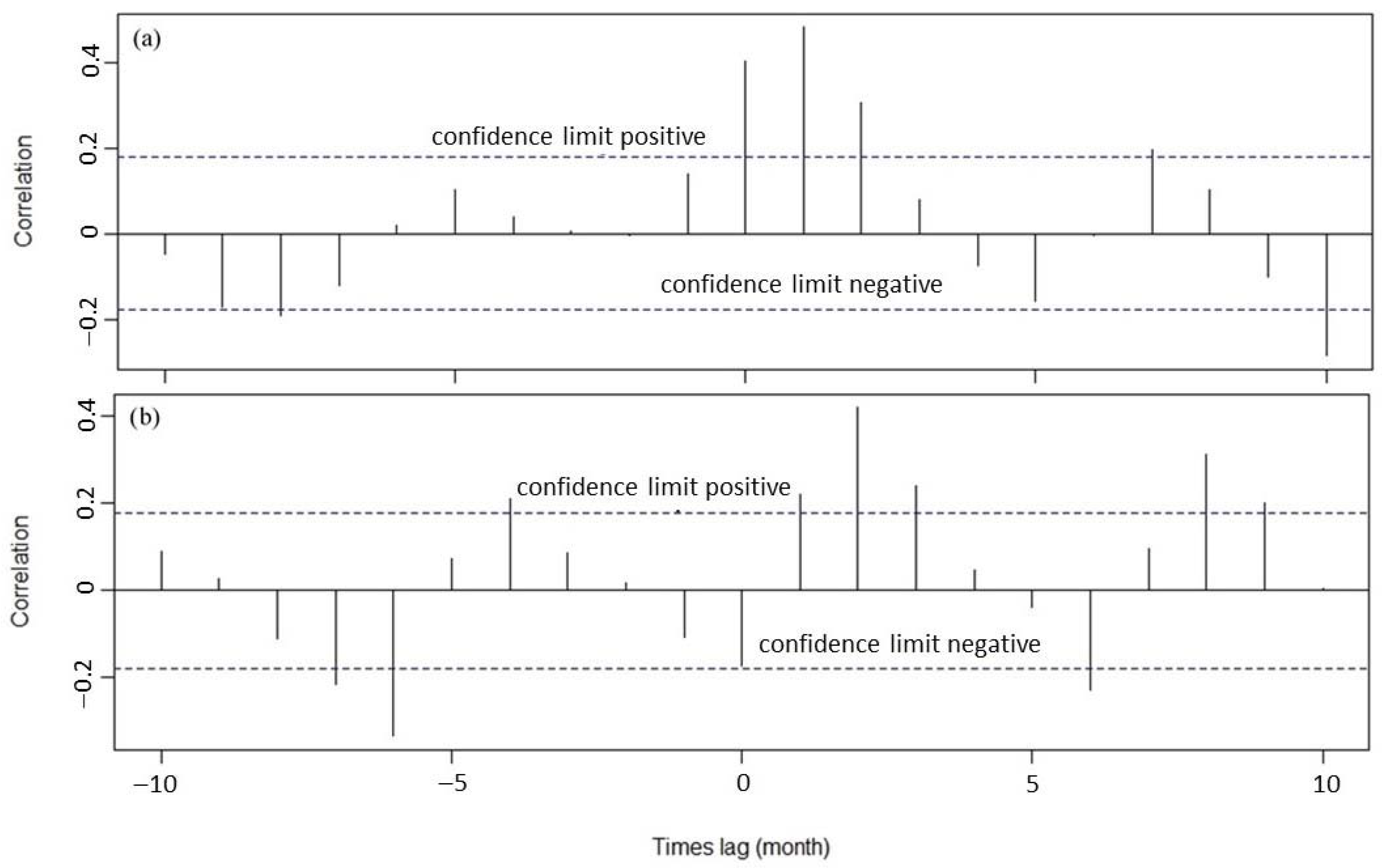 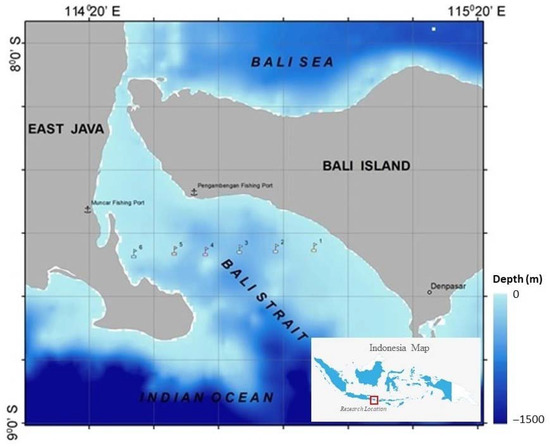 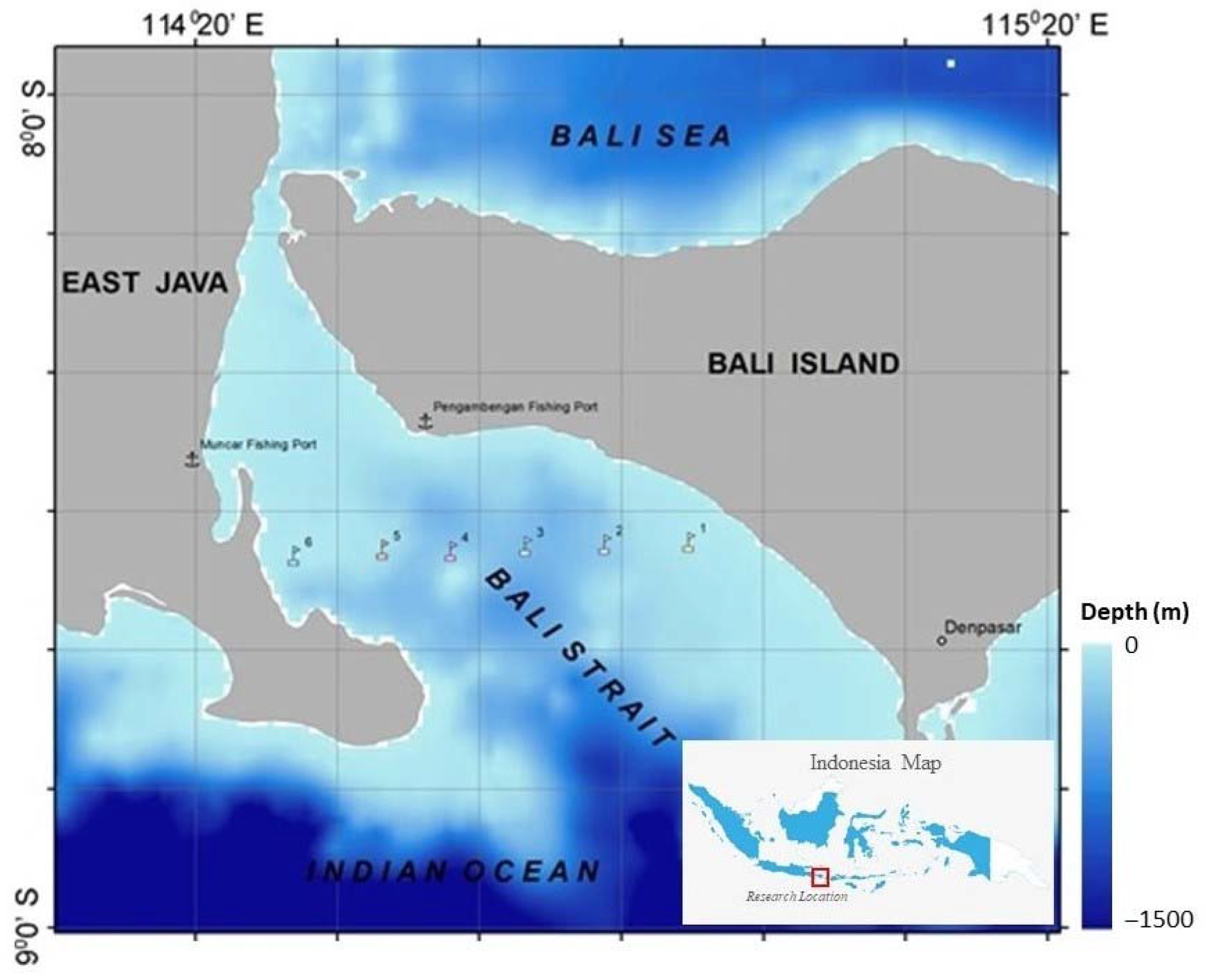