The use of digital technologies in the systems of diagnostics and monitoring of units of a ship’s propulsion plant can significantly increase the efficiency and quality of assessing the technical condition of operated objects in the online mode as well as expand the class of practical problems to be solved. Digital processing of signals of complex configuration at a qualitatively new level is an indispensable condition for a critical improvement in the course of processing the current values of diagnosable parameters, increasing the reliability and trouble-free performance of a ship’s technical equipment during operation. A method of approximation has been discussed in the paper. Moreover, the paper provides an algorithm for analyzing the signal of the indicator diagram of a marine diesel engine, the spectrum of which contains high-frequency components and short-term pulses indicating deviations from the normal operating mode, the assessment of which is practically impossible with the traditionally applied methods of spectral analysis of signals. The approximation method is based on the use of wavelet analysis, which makes it possible to deeply explore such modes. Examples of using wavelet analysis to approximate one-dimensional signals of elements and systems of a ship’s power complexes are given.
Keywords: indicator diagram; hourly fuel consumption; wavelet transforms; Daubechies wavelets; signal reconstruction levels; wavelet decomposition coefficients indicator diagram; hourly fuel consumption; wavelet transforms; Daubechies wavelets; signal reconstruction levels; wavelet decomposition coefficients

Online monitoring of the technical condition of technical facilities in operation in maritime transport is associated with digital processing of complex signals. The frequency spectrum of the analyzed signals, as a rule, contains the harmonic components of high frequencies, which are estimated on the Fourier basis. Evaluations are performed using hardware, including harmonic analyzers of various designs. Signals of complex configuration include voltages and currents of systems and elements of power complexes containing nonlinear semiconductor converters, sources of noise and vibrations during the operation of the main and auxiliary engines of a ship’s power systems, non-stationary vibrations of the ship’s hull structures in waves, shallow waterways, etc. They also include resonance vibrations that can occur on ships at certain speed modes of powerful energy converters. Signals of a complex configuration, along with the deterministic component, may contain interference, individual pulses with a weak energy spectrum. A wide variety of monitored signals creates conditions for improving the quality of diagnostics of the ship’s operating parameters, using digital technologies under the conditions of simultaneous use of machines and mechanisms which must be supplemented with tools for rapid signal analysis, since they may contain components containing information with signs of violations of the normal operating mode. These features include increased fuel consumption, changes in the temperature regimes of ship systems and mechanisms, the occurrence of vibration modes due to misalignment of the shafts as well as insufficient rigidity of the mountings of the units, and many more. In the modes of monitoring the technical condition, it is required to make decisions promptly, with retrieving the most complete information about the state of the object and assessing the type and location as well as the cause of a defect or malfunction in an automatic mode [1,2,3].
The task, here, is to create such algorithms and systems of technical diagnostics, which should, by individual signs and their combination, determine the likelihood of a malfunction in advance [1]. This will allow taking preventive measures to ensure trouble-free operation of a ship’s technical systems [1,2,3].
Maritime diesel installations (MDIs) are complex complexes consisting of many subsystems and units. During operation, complex chemical–physical processes and energy transformations take place in them. On the other hand, marine diesel installations during operation can be exposed to vibrations, shock loads, moisture, salt, changes in ambient temperature in a wide range, etc. Such influences accelerate the process of degradation of parts and assemblies of the MDIs and reduce their reliability. Maintaining the reliability of MDI operation during autonomous navigation of ships not only ensures the safety of the ship’s crew and cargo but also increases the economy and efficiency of the operation of ships. These goals can be achieved by monitoring the performance of installations and early detection of symptoms of a violation of their normal operation. This is the task of technical diagnostics of the MDI during operation. In general, technical diagnostics can include one or more of the following tasks:

The theory of technical diagnostics systems in general, and for MDIs in particular, has arisen and developed since the 1970s in the works of world-renowned researchers. However, insufficient attention is paid to the development of technical means for diagnosing MDIs, which can assist a ship’s crew in assessing the technical condition of the power plant during autonomous navigation of ships [4,5,6].
Increasing requirements for the accuracy of diagnosing objects when processing signals with local impulses and other features leads to the necessity of improving the theory, methods, and techniques for assessing the technical state of a ship’s systems. Traditional methods based on the use of orthogonal series become ineffective for a profound and comprehensive analysis of signals with complex configurations, including cases when they are expanding into an orthogonal series using Fourier approximation. In practical calculations, an infinite number of terms in the Fourier series is not used, and the use of a limited number of harmonics leads to large errors [7]. In such cases, wavelet transform technologies can be considered very promising solutions [6]. A large package of wavelets, presented in modern computing systems, as well as a set of functions designed to process signals coming from information sensors, makes it possible to use them effectively to solve practical problems of monitoring and diagnosing the technical state of objects in steady-state and transient modes.
Wavelet technologies are developed on basic functions that preserve localization properties in the frequency and time domains [4]. They provide the implementation of high-precision algorithms for the approximation of one-dimensional and multidimensional characteristics.

Wavelet transforms are a modern signal-processing mechanism applicable for diagnosing the characteristics of elements and systems of a ship’s power complexes. Wavelets are a special class of functions with orthogonal properties, capable of performing shift and scaling (stretch/shrink) operations. The Haar and Daubechies wavelets are most commonly used in practice. Any wavelet generates a complete orthogonal system of functions. Wavelet analysis of the signal allows one to evaluate the differences in characteristics. Due to the property of completeness of the wavelet transform, it is possible to carry out recovery (reconstruction or synthesis) of the process with an estimate of the error. The “technology” of processing one-dimensional signals using Haar and Daubechies wavelets is considered. Other solutions remain at the discussion stage, in application to diagnostics of the technical condition of ship electrical complexes and ship automation systems based on new effective wavelet transformations, which should be the subject of further research.
The classification of signs and parameters of the technical condition of marine diesel engines has been made. The diagnostic parameters are differentiated by the level of information content. The ways of using information content when choosing the minimum set of diagnostic indicators that provide a given accuracy and reliability of diagnosis are shown [15,16].
The statement about increasing the accuracy of experimental data using the spline interpolation function was worked out in a specialized laboratory of the university on official licensed software.

The research is partially funded by the Ministry of Science and Higher Education of the Russian Federation as part of World-class Research Center program: Advanced Digital Technologies (contract No. 075-15-2020-903). 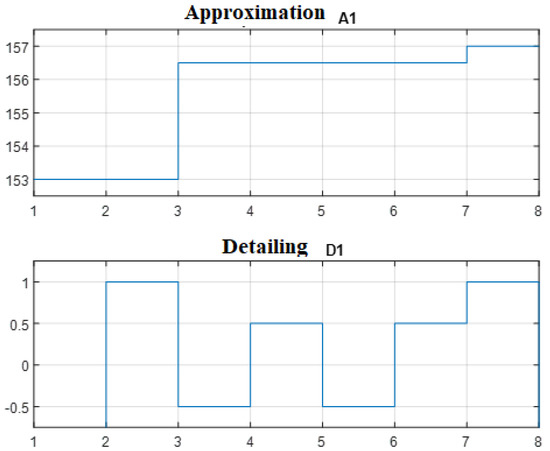 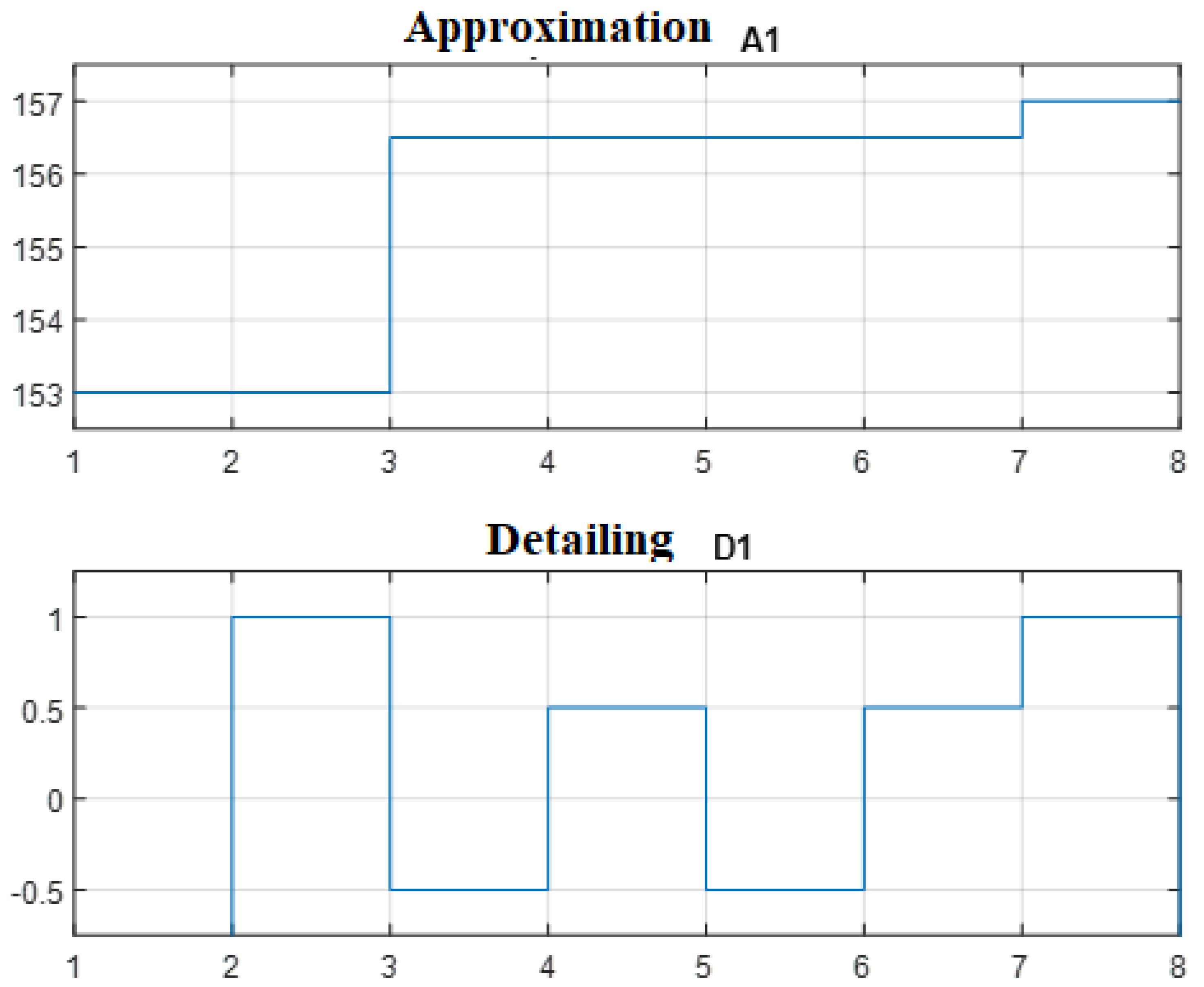 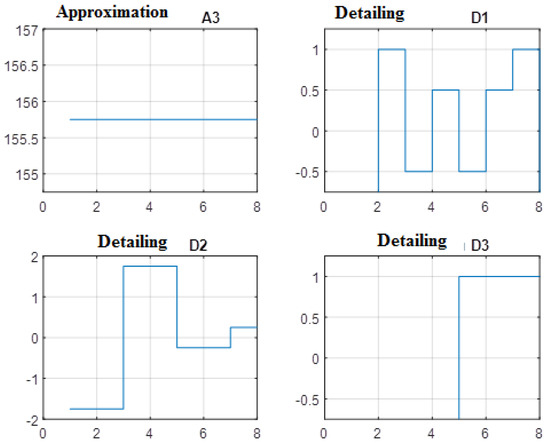 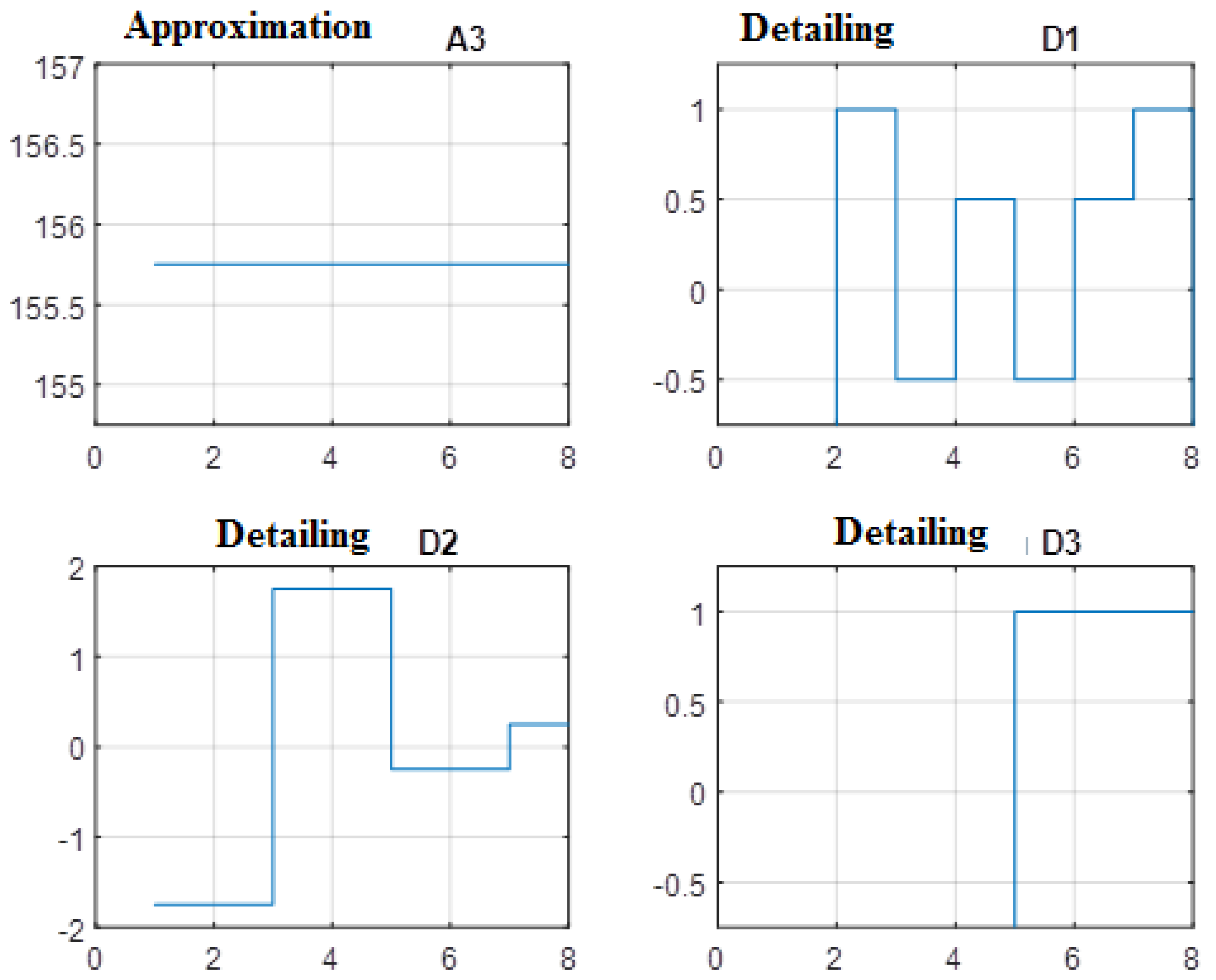 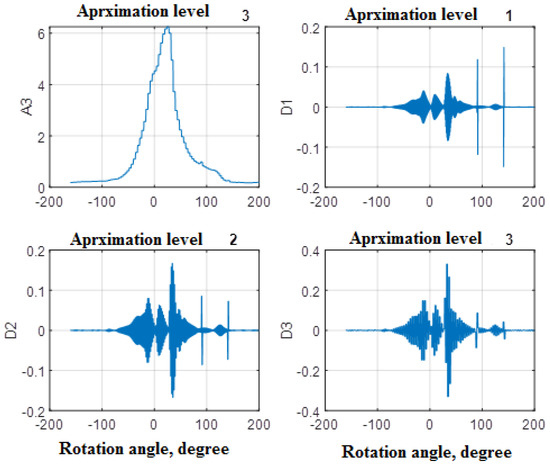 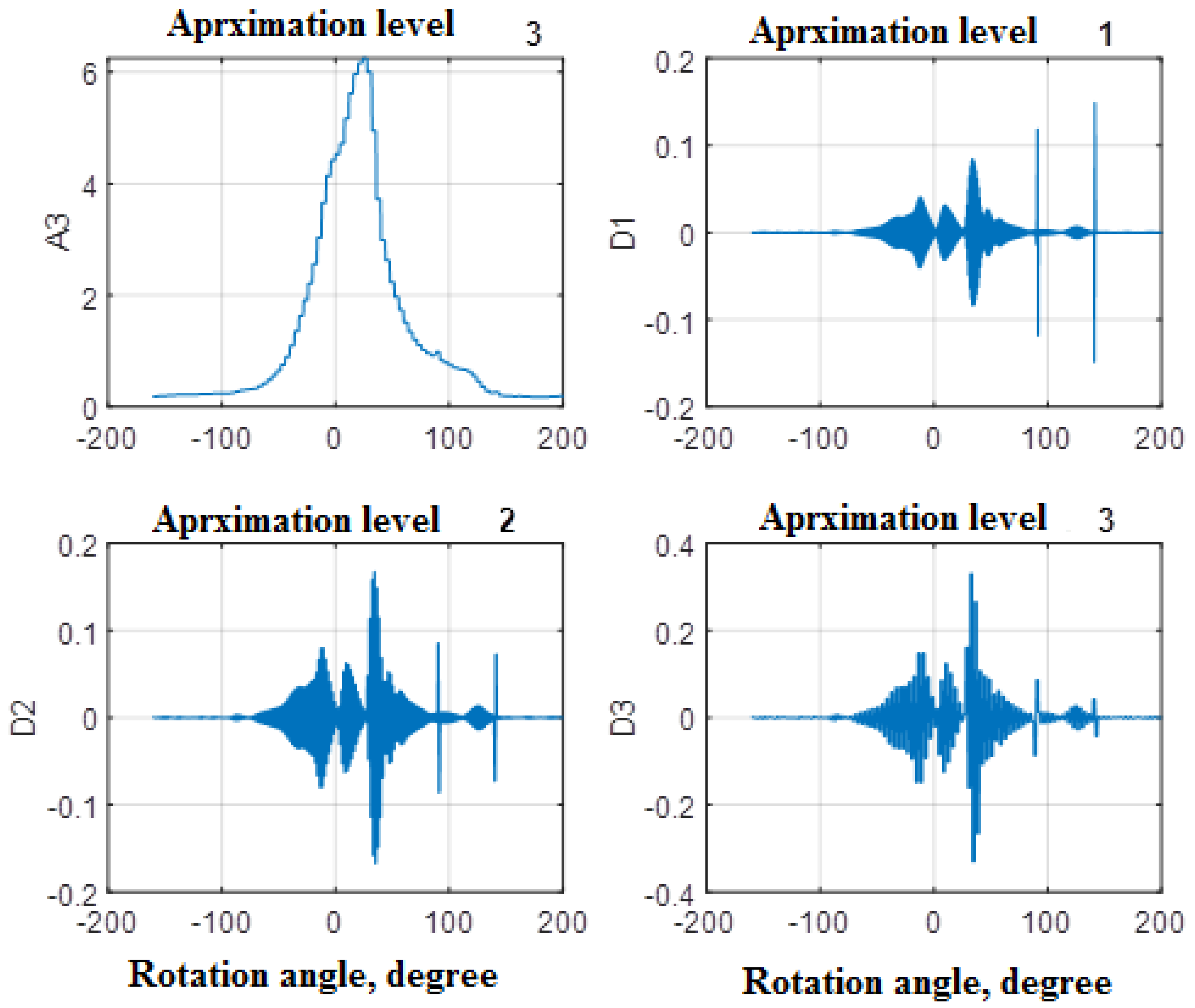 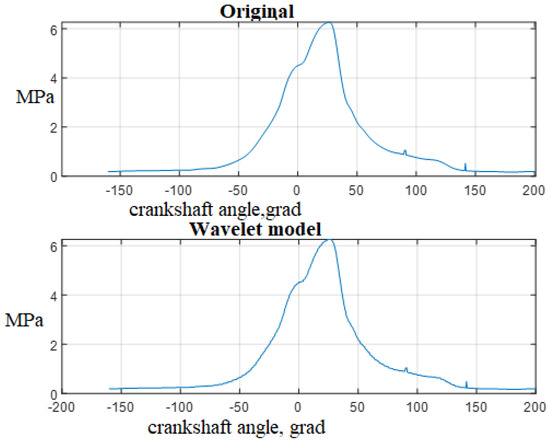 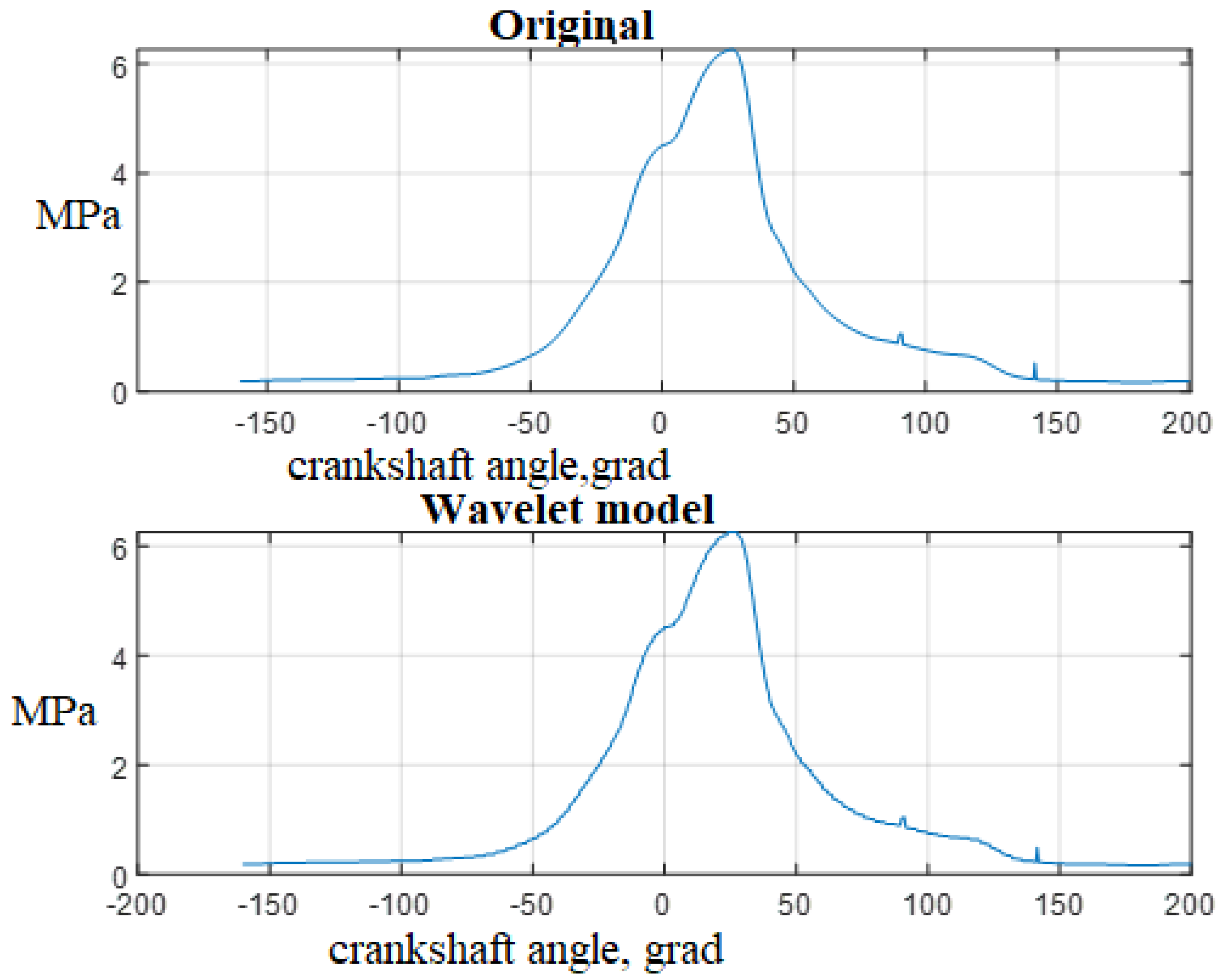 Table 1. Calculation parameters and metrics.
Table 1. Calculation parameters and metrics.
© 2020 by the authors. Licensee MDPI, Basel, Switzerland. This article is an open access article distributed under the terms and conditions of the Creative Commons Attribution (CC BY) license (http://creativecommons.org/licenses/by/4.0/).
We use cookies on our website to ensure you get the best experience. Read more about our cookies here.
Accept
We have just recently launched a new version of our website. Help us to further improve by taking part in this short 5 minute survey here. here.
Never show this again