The hallmark of the PhotoVoltaic (PV) electricity generation is its sustainability, while its main weakness is the low conversion efficiency. A drawback to which is added the PV cell sensitivity to temperature variations: the higher the cell operating temperature, the lower the efficiency. Considering that in-operation modules reach a conversion efficiency in the range of 10 to 15%, there is an urgent need to control their temperature to enhance the electricity generation. To this purpose, the authors developed a PV spraying cooling system able to drastically knockdown modules operating temperature. Using experimental measurements acquired through a dedicated test rig and after an in-depth literature review, the authors analyze the nozzles number, geometry, and position, as well as water and module’s temperature distribution, limestones formation, degradation of front glass properties, water consumption, and module power production with and without the cooling system. The experimental campaign shows that a cooling system equipped with three nozzles with a spraying angle of 90°, powered by water at 1.5 bar and managed in ON/OFF mode (30 s on to 180 s off), can improve the module’s efficiency from 11.18% to 13.27% thanks to a temperature reduction of up to 24 °C. Despite the improvement in electricity production (from 178.88 W to 212.31 W per single module), at the time of writing, the equipment and installation costs as well as the plant arrangement complexity make the investment not eligible for financing also in the case of a 1 MW floating PV facilities.
Keywords: photovoltaics cooling; water film cooling; water spraying cooling; temperature reduction; PV energy efficiency photovoltaics cooling; water film cooling; water spraying cooling; temperature reduction; PV energy efficiency

To properly develop a low-cost, lightweight, high-performance, and easy-to-install spraying cooling system operating on the module’s front surface, there is the need of first studying the nozzle’s geometry, position, and inclination. Then, the investigation needs to focus on (i) sprayed mass flow rate, (ii) film uniformity, (iii) module’s surface temperature in non-cooled conditions and during continuous and spraying operations, (iv) nozzles activation time, (v) self-cleaning effects evaluation, (vi) limestone deposition identification, (vii) glass degradation and thermal shock analysis, and (viii) energy and water consumptions. Finally, investment and operation costs need to be evaluated. However, for surface temperature investigation, the module needs to be equipped with a large number of sensors as well as installed in a place where the ambient temperature and solar irradiance are controlled. To this purpose, tests are performed indoor.
Compare to literature, e.g., the works in [44,53,55], the authors selected this testing mode because they want to investigate the cooling system performance and develop reliable management strategies for different ambient conditions. Therefore, indoor testing guarantees to set the solar irradiance by means of lamps as well as working at practically constant temperature and humidity and without shading for the entire experiment. Replicable conditions which can not be obtained outdoor. Obviously, after this phase, outdoor tests need to be performed to verify the real performance of the developed system and management strategy.
Experiments are performed on a single monocrystalline commercially available PV module composed by 60 cells and with a design power of 230 W. The module’s dimensions are given in Figure 1.
The active module surface is 1.6 m2, while its peak power and Nominal Operating Cell temperature (NOCT) are 230 W and 45 °C, respectively. Module’s rating and open-circuit voltages are 29.9 V and 36.8 V while rating and short circuit current are 7.68 A and 8.34 A, respectively. The above-mentioned technical features are derived from the manufacture datasheet under a light intensity of 1000 W m−2, a temperature of 25 °C, and sunlight hitting the positioned solar module perpendicularly a standard Air Mass (AM) of 1.5.
Solar irradiance is artificially simulated through halogen lamps characterized by a design power of 1000 W, a lumen output of 33,000 lumen, and a color temperature of 3350 K.
Panel surface temperature as well as air and water temperature are measured by means of T-type thermocouple featuring an error of ±0.3 °C.
The sprayed water flow rate is measured with a flow meter marked by a water range of 2 ÷ 30 L min−1, with a maximum operating pressure of 12 bar and an accuracy of ±1%.
Manometers are used to measure the spraying pressure and the pressure drop across the nozzles. These devices are characterized by an error of ±0.01 bar while the maximum measurable pressure is 5 bar.
Temperature, pressure, and flow rate data are acquired via a National Instruments Modular DAQ system adequately managed with an in-house acquisition code developed in the LabVIEW environment. The open-circuit voltage is measured using an ad hoc National Instruments acquisition board directly linked with the acquisition apparatus. Acquisition frequency is set to 1 Hz while collected data are automatically saved in a matrix, which is postprocessed with an in-house code developed in the Matlab environment.
Limestone formation, water film uniformity, and the effects of hot spot to glass properties are evaluated with a visual inspection of the panel surface during the non-cooled periods as well as during continuous and on/off cooling. Note that on/off cycles are managed by an on/off valve led by the in-house code developed in the LabVIEW environment.

4. The Testing Facility and the Floating PV Plant

In this work, the authors present and experimentally test a low-cost active cooling system for PV modules based on the water spraying concept (TES-SCS). Three water nozzles are placed at the top edge of the module. Nozzles are commercially available devices as well as connecting pipes and supports. Water pressure and temperature, as well as air and PV module temperature distribution, are monitored using manometers and thermocouples directly managed via a LabVIEW code. Nozzles type, position and number, spraying pressure, and water mass flow rate are measured while several spraying management strategies are proposed and tested.
Results show that a good compromise between film uniformity and water losses along the PV edges is guaranteed by three nozzles with 90° of spraying angle installed on the module upper part and fed with water at 1.5 bar. Being unacceptable spraying water continuously for at least 6 h a day, management strategies in which ON/OFF cycles are used to cool down the module are tested. During the experimental campaign, five different ON/OFF cycles are tested to find the best compromise between efficiency maximization and water consumption minimization. The ON/OFF cycle in which water is sprayed for 30 s and remains turned off for 180 s constitutes the best compromise among mean surface temperature reduction and PV efficiency improvement: 13.27% vs. 11.18% in the case of non-cooled PV. Besides, the generated electricity is increased from 178.88 W to 212.31 W.
Regarding installation cost, preliminary market analysis shows a cooling system capital cost per module less than 15 Euro. This means approximately 250,000 Euro of investment for the cooling system equipments and their installations if a floating PV plant with a peak power of 1 MW is considered. Despite the convenience from an energy point of view, the actual market need of payback time lower than three years and the cooling system complexity makes the investment not eligible for financing.
Apart from these not negligible aspects, it is essential to highlight that other positive traits of the proposed active cooling system are improving self-cleaning effects and applicability from small to extensive PV facilities as well as relevance to in-operation/under-construction units. In addition, after more in-depth investigations on system plant architecture (feed pump and pressurized tanks) and management strategy, this technology can play a crucial role in floating PV installations because it can guarantee an improvement of PV efficiency against a very low water consumption but also can help in lake, river, or seawater oxygenation, as well as water evaporation reduction. 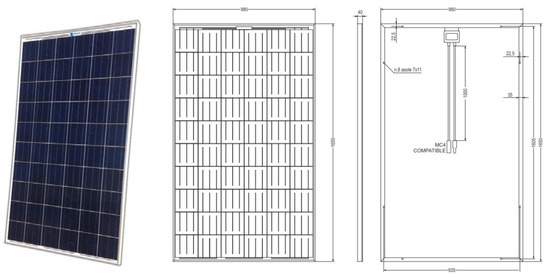 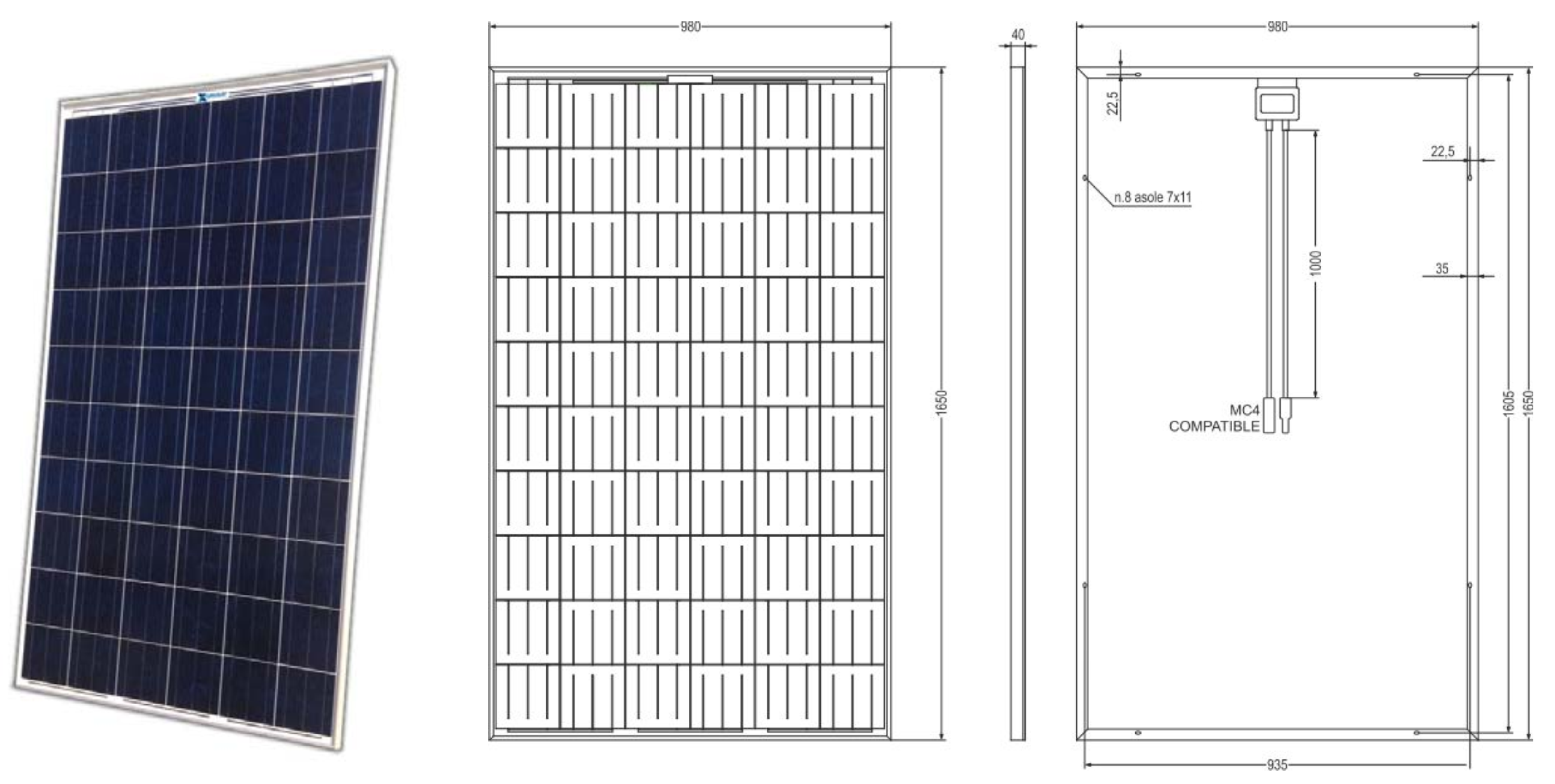 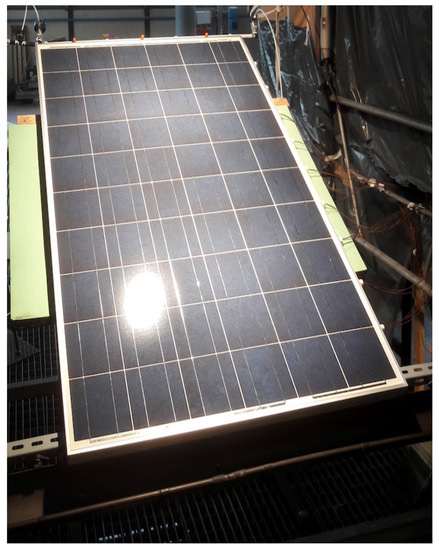 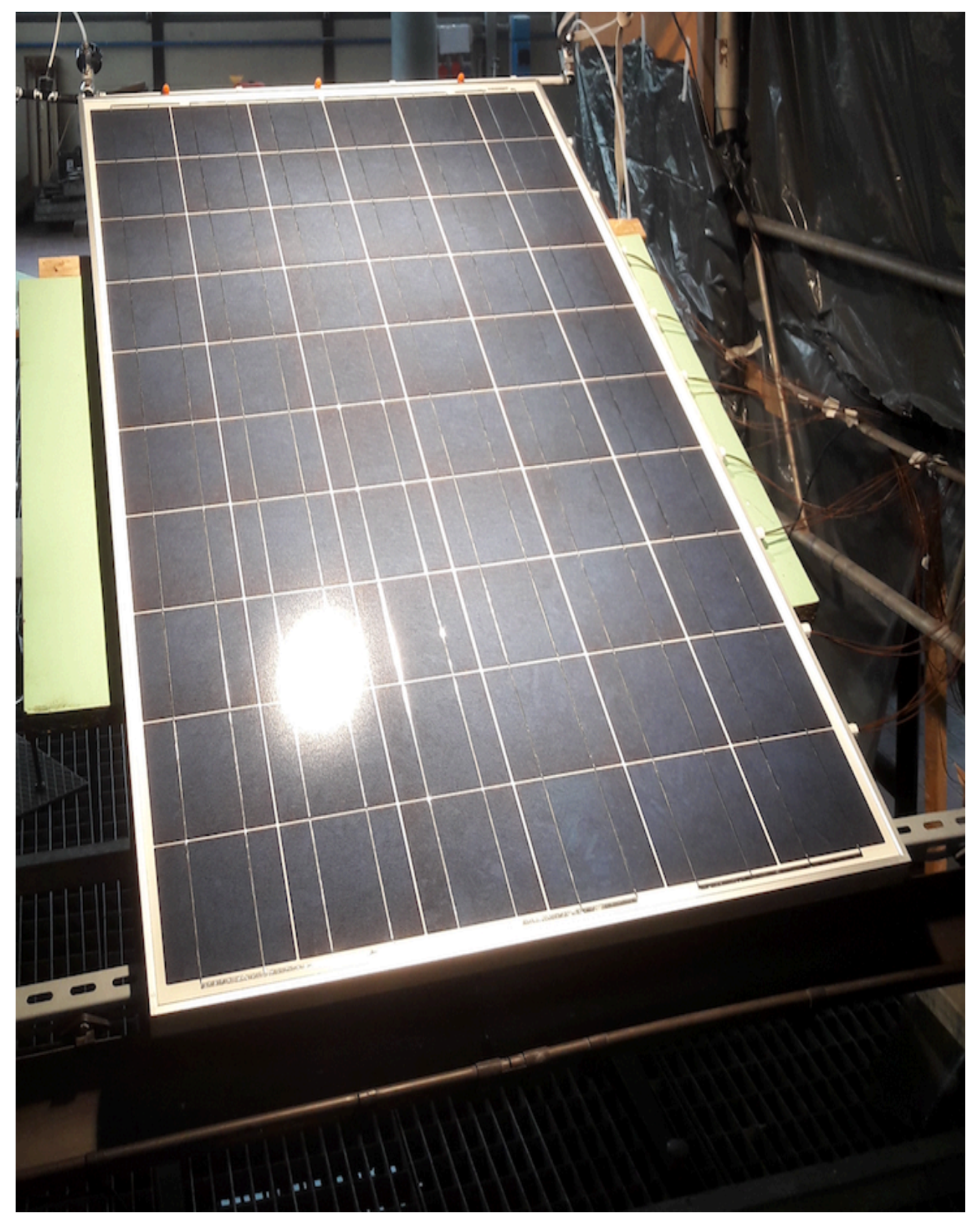 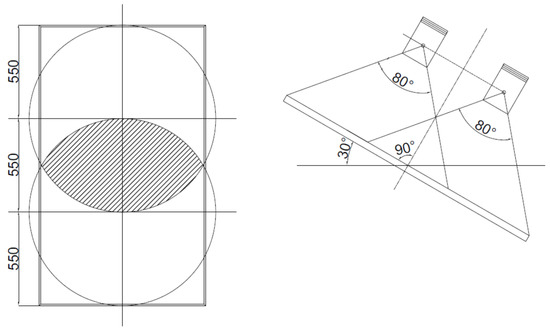 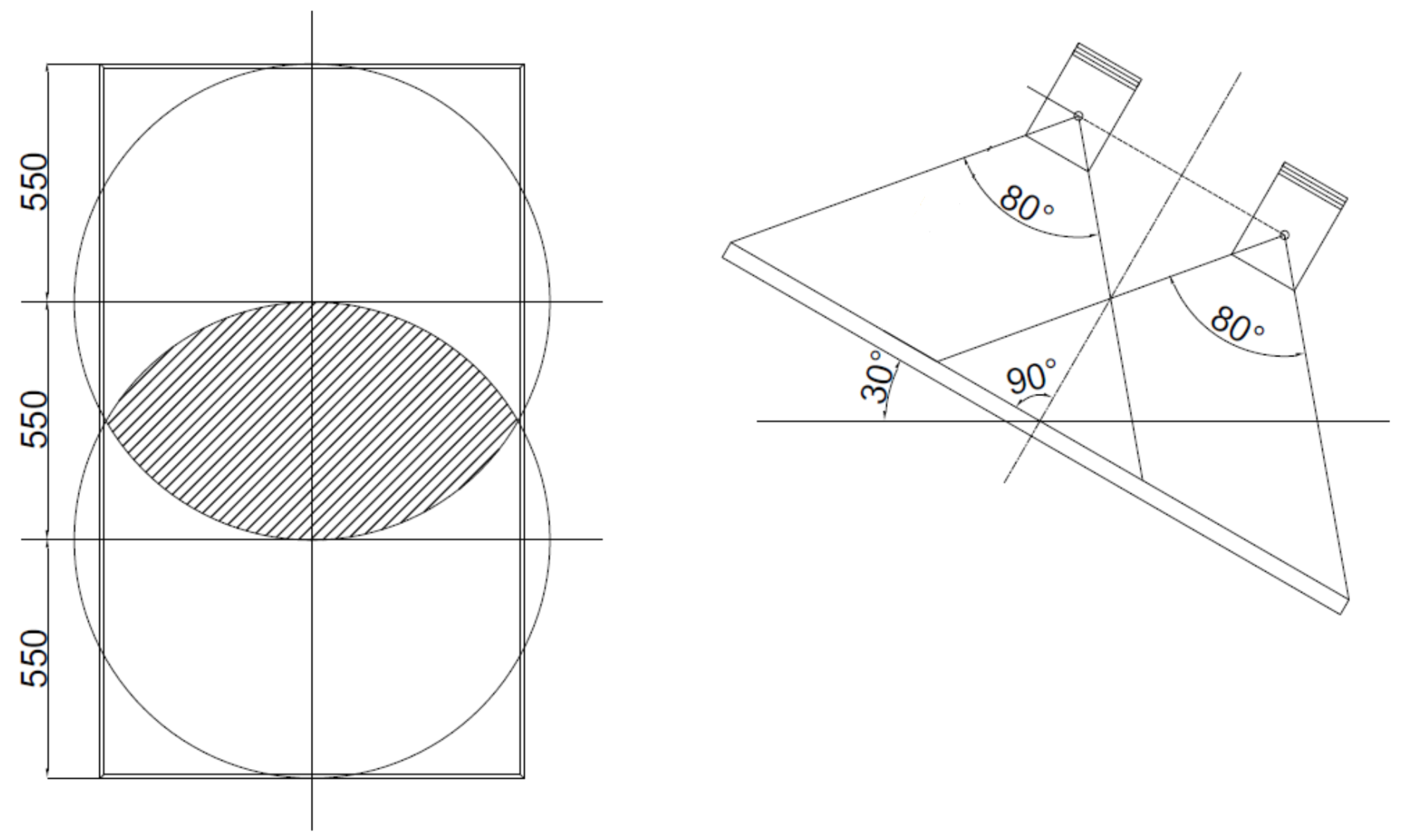 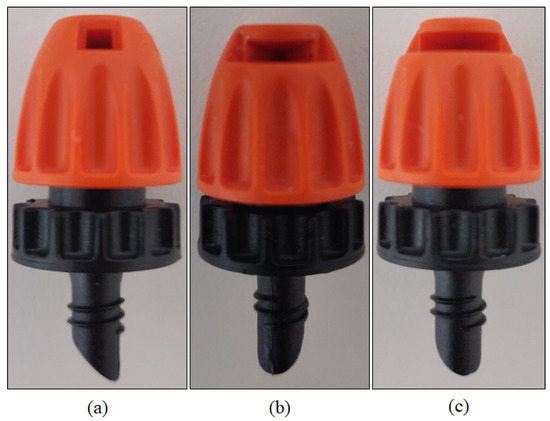 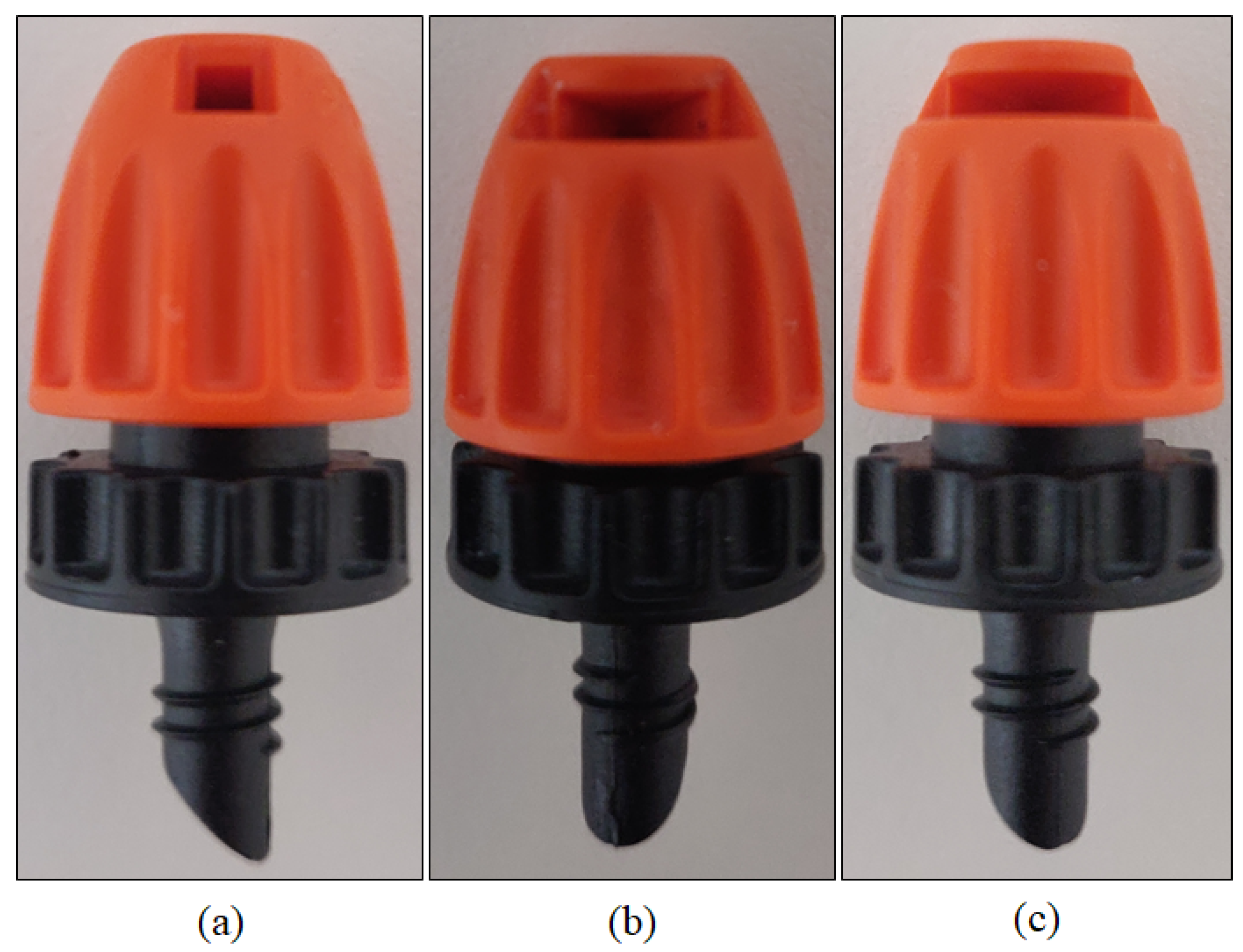 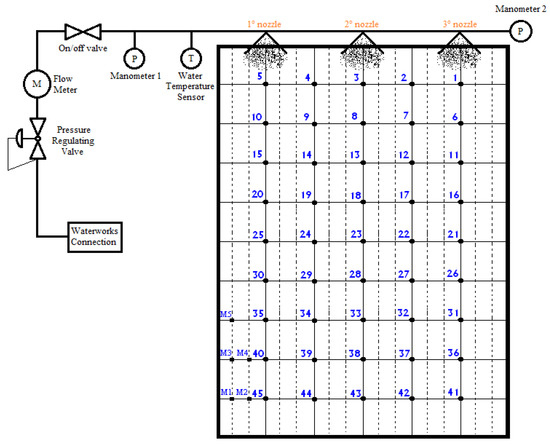 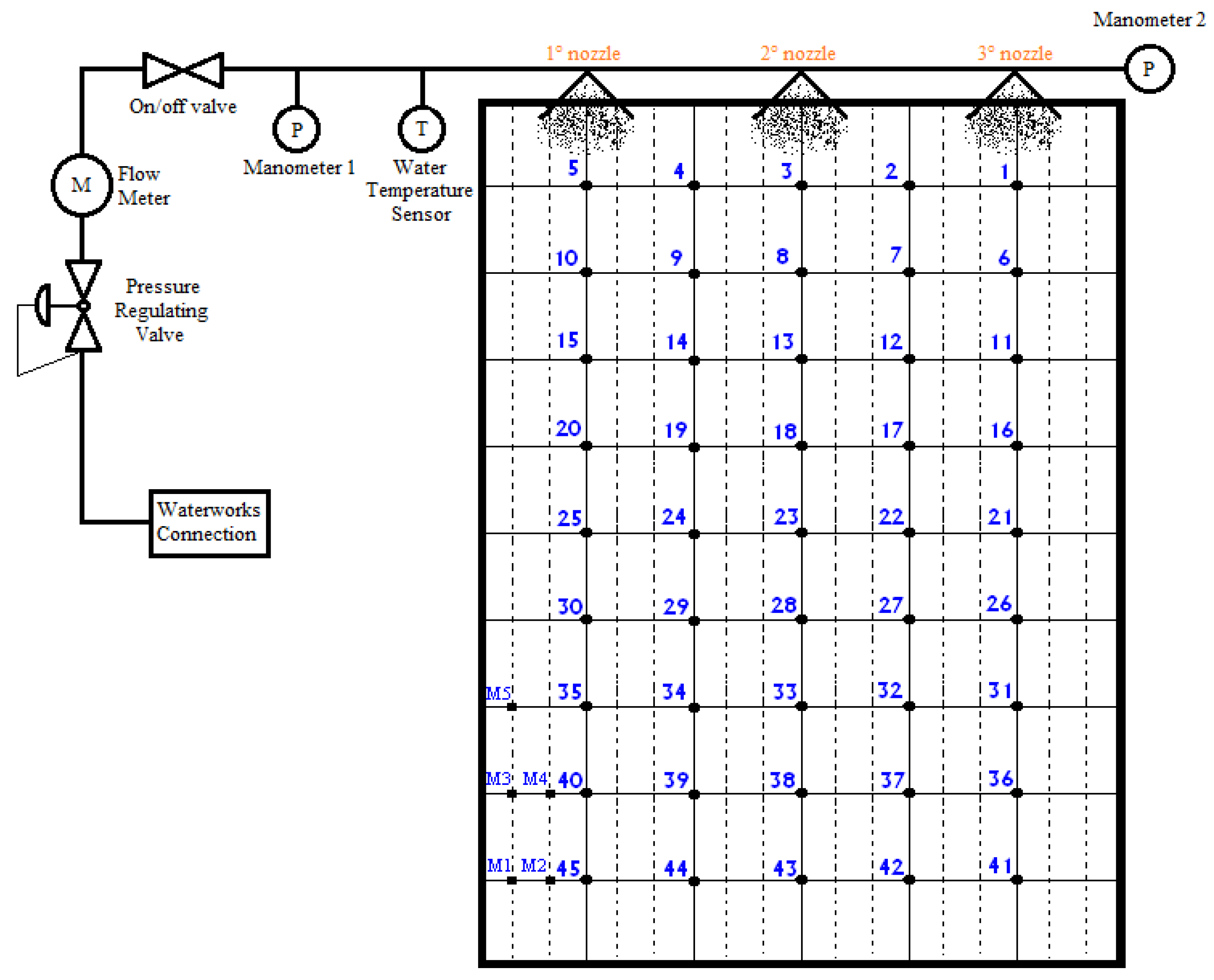 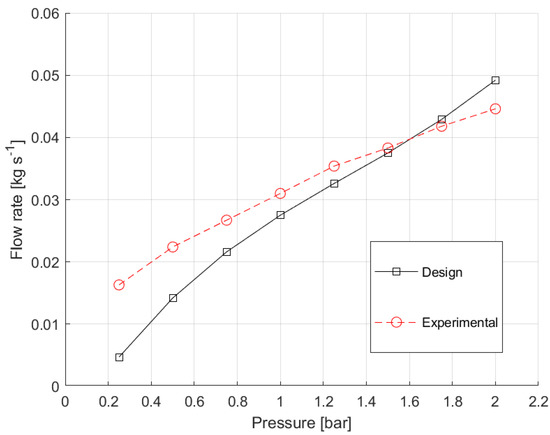 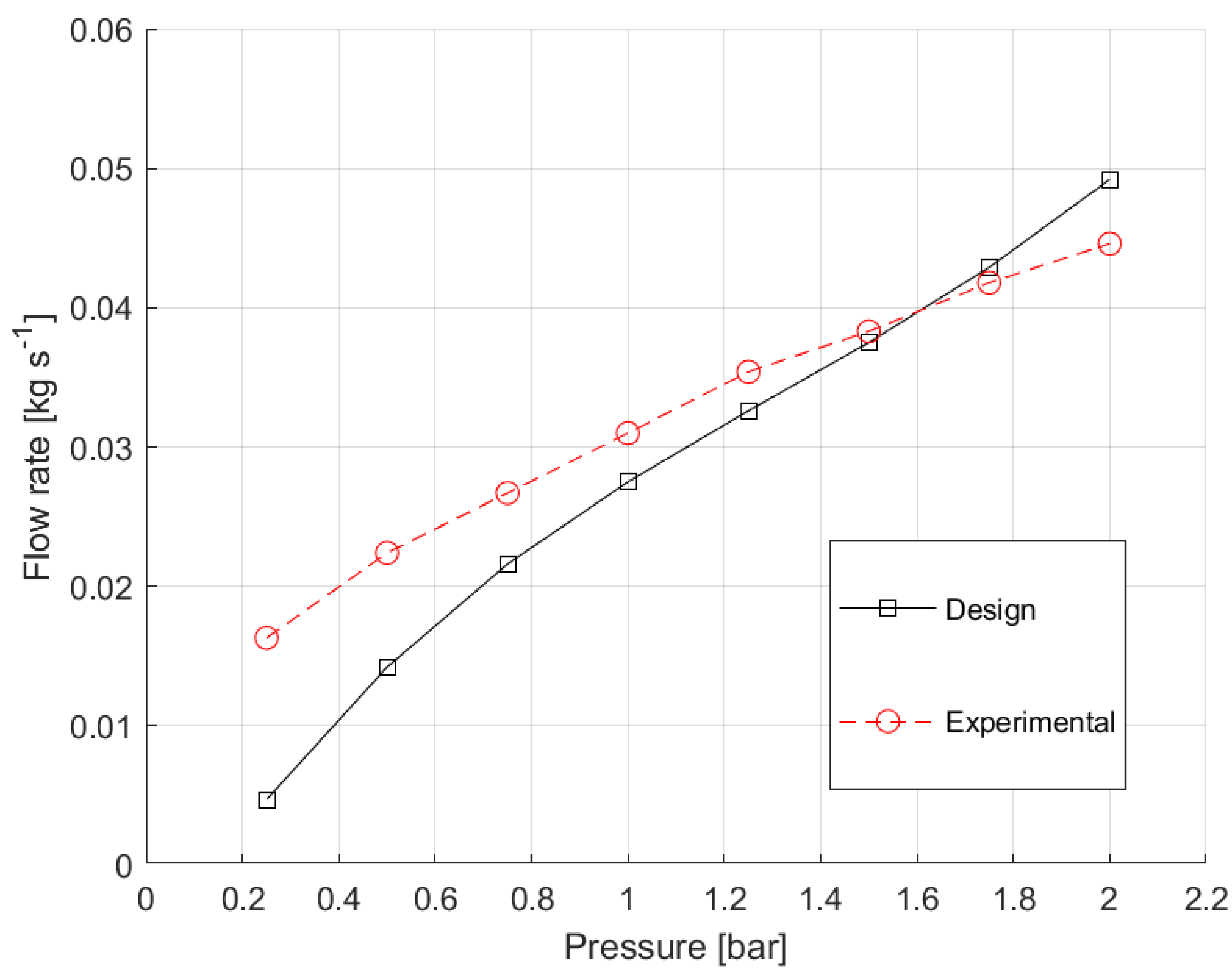 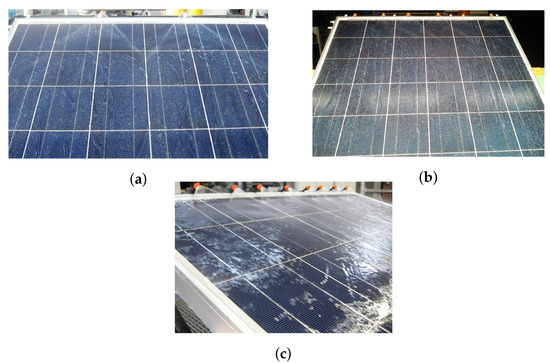 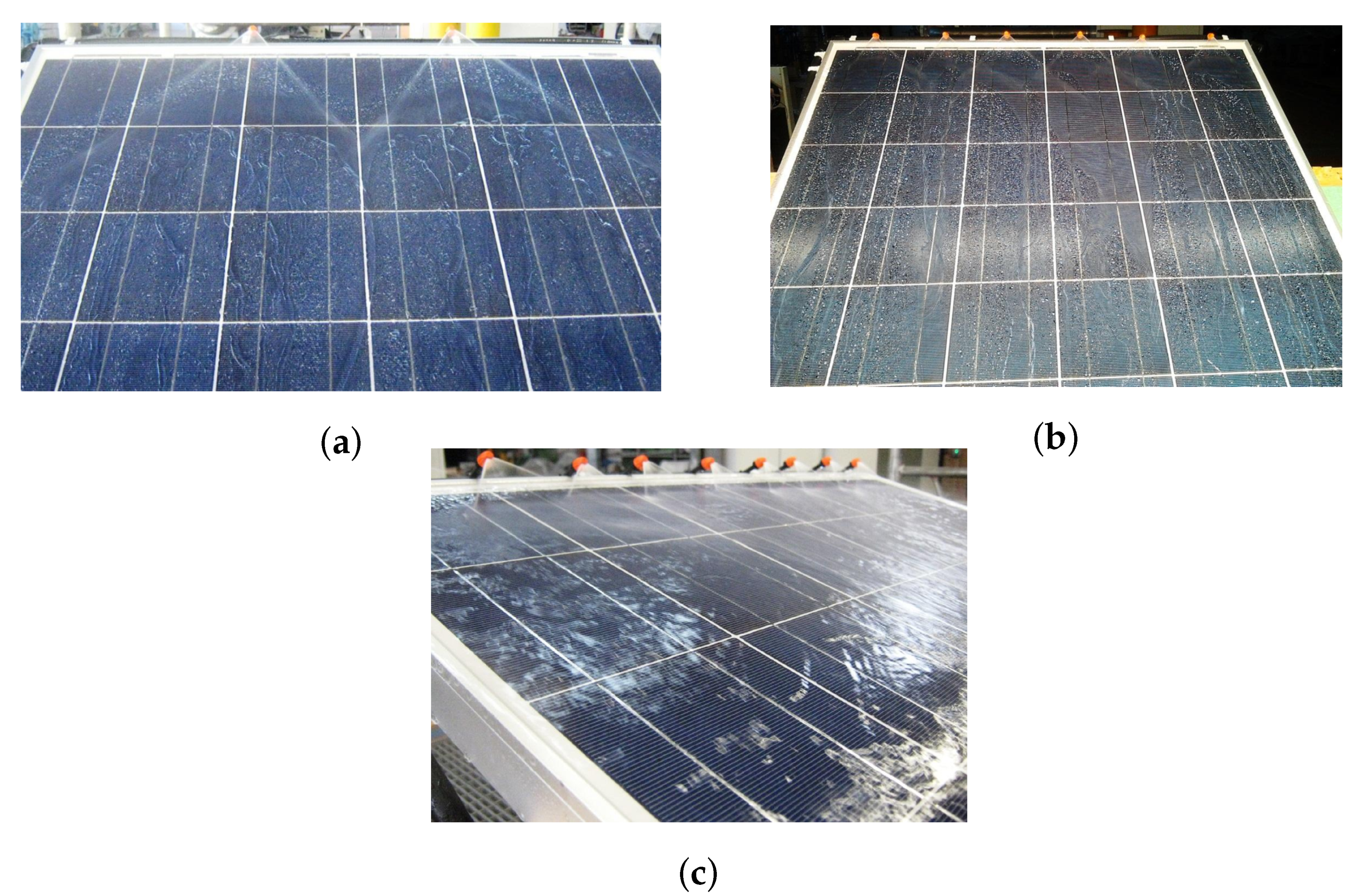 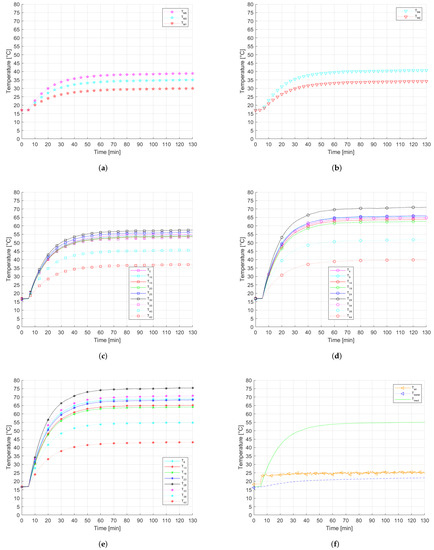 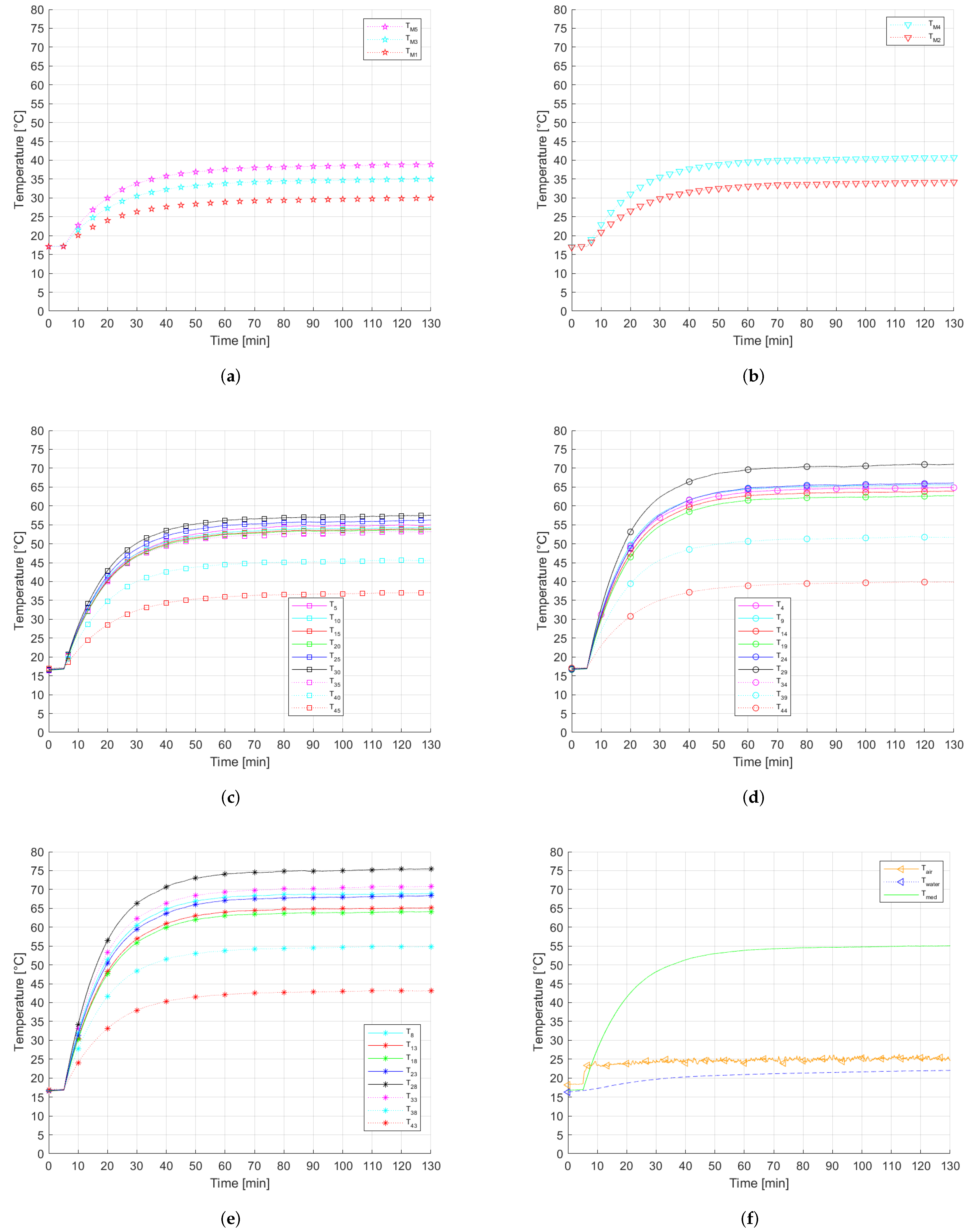 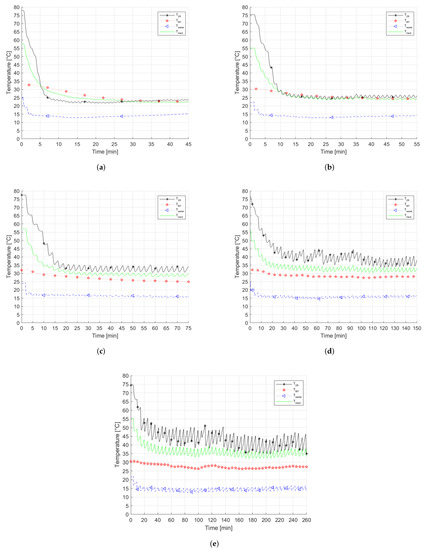 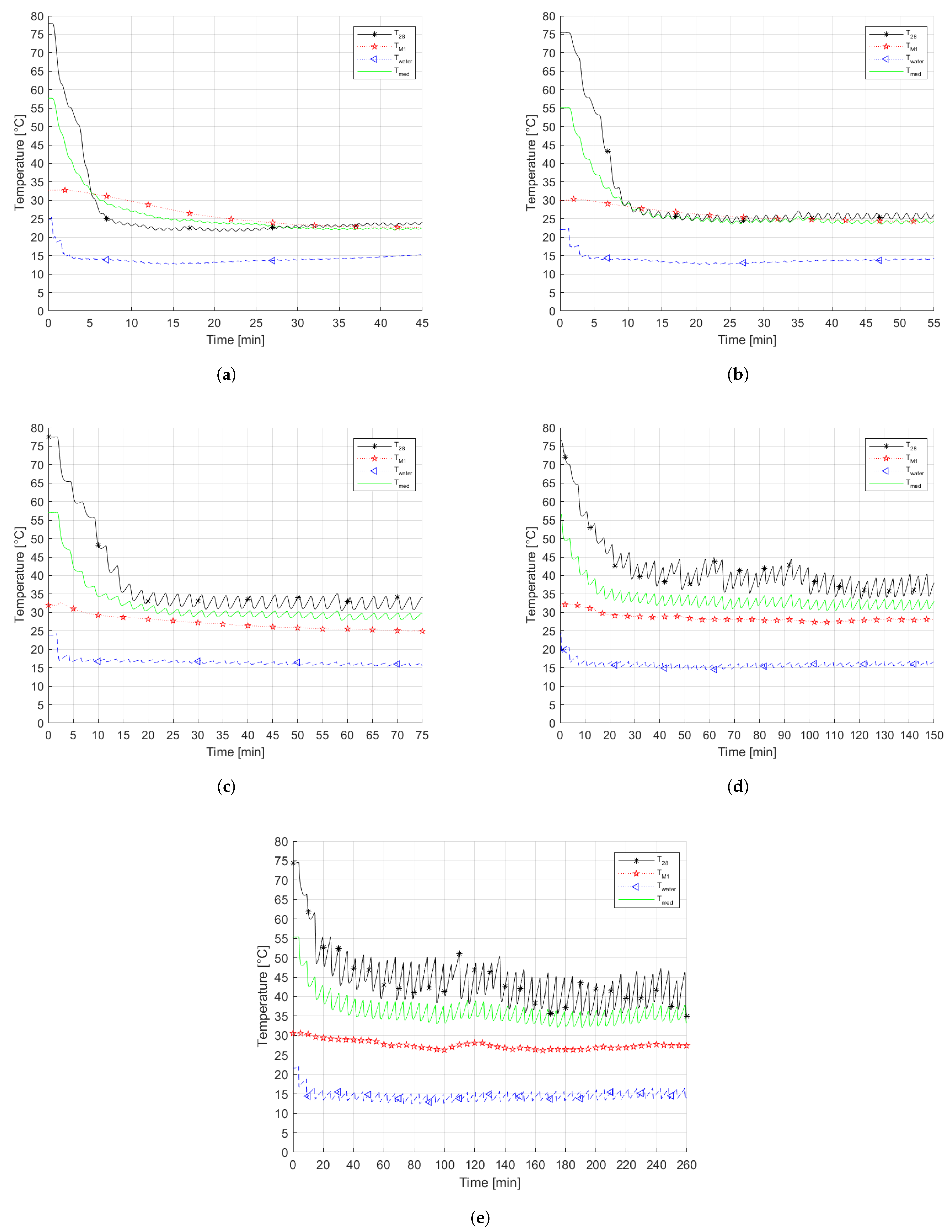