Pushover analysis is generally used to quantify the nonlinear response of structures. Adaptive pushover analysis is an advancement of pushover analysis in which the applied load is updated at every step of the analysis. Adaptive pushover analysis is one of the significant alternative solutions for nonlinear dynamic analysis of structures. In multistory structures, ignoring the effect of higher modes is one of the limitations of such approaches. In this context, Kalkan and Kunnath [21] and Gupta and Kunnath [22] highlighted the significance of considering the higher mode effects depending on the adaptive pushover procedures, which include the increasing variation in the dynamic properties such as time period, frequency, etc. Antoniou and Pinho [23] employed a force-based adaptive pushover analysis in which the lateral load is continuously revised at every single step during the eigenvalue analysis. In this advanced static analysis method, the spectral amplification part is also important for updating the load vectors. As per the literature for the adaptive pushover case, one can introduce the record of earthquake ground motion and define the level of damping. In the present study, the acceleration time-history of the Chi-Chi earthquake (Taiwan, date: 20 September 1999) as shown in Figure 2 is used for analysis.
The evaluation of the response reduction factor is based on the adaptive pushover analysis. The R factor is generally used to minimize elastic response to inelastic response of structures as shown in Figure 3. The R factor mainly depends on three factors, i.e., ductility, overstrength, and redundancy factor, and it is expressed as:
R = Rd × RO × RR
where R is the response reduction factor, Rd is the ductility reduction factor, RO is the overstrength factor, and RR is the redundancy factor. However, according to the BIS (Bureau of Indian Standards) code provisions [16,17,18,25], it is mathematically represented as:
2R = Rd × RO
As per the ATC-19 [26], the parameters such as the ductility reduction factor and the over-strength factor result in the response reduction factor. The ductility reduction factor measures the global nonlinear response (i.e., inelastic response) of a structure. It mainly depends on the ductility and fundamental time period of any structure. The displacement ductility is expressed as: where Δmax is the maximum displacement corresponding to peak base shear of pushover curve, and Δy is the yield displacement, calculated by reduced stiffness method [27]. In this study, the R − μ − T relationships proposed by Newmark and Hall [28] are used to evaluate Rd as follows:
If (time period < 0.2 s) then Rd = 1
If (0.2 s < time period < 0.5 s) then Rd = (2μ − 1)1/2
If (time period > 0.5 s) then Rd = μ
The overstrength factor measures the reserved strength present in a structure. The main sources of overstrength factor are: (i) material strength, (ii) load factors and their combination, (iii) participation of nonstructural elements such as infill walls, and (iv) redundancy. It may be expressed as: where Vy is the ideal yield base shear and Vd is the design base shear.
The redundancy is usually defined as the gap between the local yield point to the global yield point of a structure. Any building should have a high degree of redundancy for lateral resistance. In this study, the redundancy factor is incorporated into the overstrength factor. The BIS (Bureau of Indian Standards) code [29] recommends the response reduction factor to be 3 for ordinary moment resisting frame (OMRF) and 5 for special moment resisting frame (SMRF).

Analysts and engineers must be capable of identifying the instants at which different performance limit states (e.g., structural damage) are reached. This can be efficiently carried out in SeismoStruct software [30] through the definition of performance criteria, whereby the attainment of a given threshold value of material strain is monitored during the analysis of a structure. Material strains usually constitute the best parameter for the identification of the performance state of a given structure when compared with other existing methods. It is possible in the SeismoStruct program because in this software, the distributed inelasticity (i.e., realistic phenomena) is given to each structural member so it is easy to identify the actual damage phenomena based on the materials in a structure.
To check the damage patterns of the structures, the performance criteria based on material strain used in the present numerical simulation are (1) yield strain limit for steel: 0.0025, (2) crushing strain limit for unconfined concrete: 0.0035, (3) crushing strain limit for confined concrete: 0.008, and (4) fracture strain limit for steel: 0.06 [16,17,18].

3.1. Calculation of the Geometrical Parameters of the Infill Wall

This model is a uniaxial nonlinear constant confinement model. The confinement effects provided by the lateral transverse reinforcement were incorporated as suggested by Mander et al. [32,33] in which a constant confining pressure is assumed throughout the entire stress-strain range.

This is a uniaxial steel model initially programmed by Yassin [34] based on the stress-strain relationship proposed by Menegotto and Pinto [35]. Its employment should be confined to the modeling of reinforced concrete structures, particularly those subjected to complex loading histories. Isotropic hardening is considered in this model. This model can be useful for the ribbed as well as smooth rebars.

Infill panel element is represented by four axial struts and two shear springs, as shown in Figure 6. Four nodded panel masonry elements were developed by the Crisafulli [36]. It accounts for the compressive and shear behavior of masonry separately and adequately represents the hysteretic response. It shows the accuracy of the model to evaluate the nonlinear response of the structure. This model is also known as the double strut nonlinear cyclic model. The presence of an opening in infill will directly affect the structural integrity of the structure and the effect can be incorporated by minimizing the width (diagonal strut). The stiffness reduction factor [37] to consider the opening effect in the infill in numerical modeling is given by:
Wdo = (1 − 2.5Ar)Wd
where Wd is the width of the diagonal strut, Wdo is the width of the diagonal strut with opening in infill, and Ar is the ratio of the opening area to the face area of infill. Equation (11) is valid for openings in wall greater than 5% and lesser than 40%. In this paper, the openings in infill are considered 1.2 m × 1.2 m and 1 m × 1 m, which means approximately 20% area of infill is considered the opening area.
In this study, the distributed inelasticity is used to define the nonlinearity of structural members in the SeismoStruct program [30]. This distributed inelasticity is provided to the structural members as follows: the member was divided into three sections (top, bottom, and middle) and each section disintegrated into 150 fibers. Therefore, this method gives more accurate nonlinear behavior as compared to concentrated inelasticity. The dimension and reinforcement of the structural members are as per the IS 1893 (Part-1): 2016 and IS 13920: 2016 code [38]. The structural members detailing is shown in Figure 7 and the dimensions of structural members are presented in Table 3.

The utilization of nonlinear static analysis came into practice in the 1970 s but the importance of this pushover analysis has been realized primarily in the last two decades. The parameters such as ductility, R factor, etc. can be obtained from the pushover curves. Another important issue is the significance of the infill that plays a vital role in the seismic performance of RC frames. Similarly, the capacity of the structure can also be estimated using the pushover curves. The base shear is lower in the bare frame as compared to all other frames due to the absence of masonry infills as shown in Figure 8. As per Figure 8, the full RC-SIM infilled frames have a maximum capacity to resist the lateral load when compared to the full RC-URM infilled frames due to their inherent material and geometrical properties. The base shear of the open ground story RC-infilled frame with lintel beam slightly increases as compared to the bare frame as shown in Figure 8. 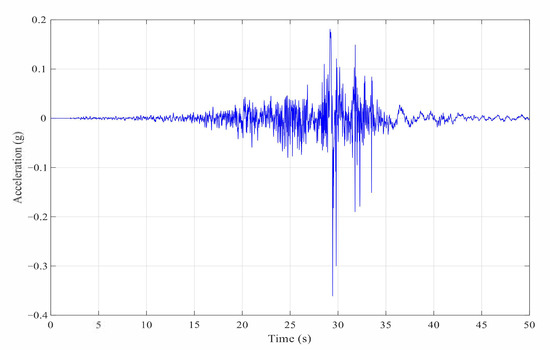 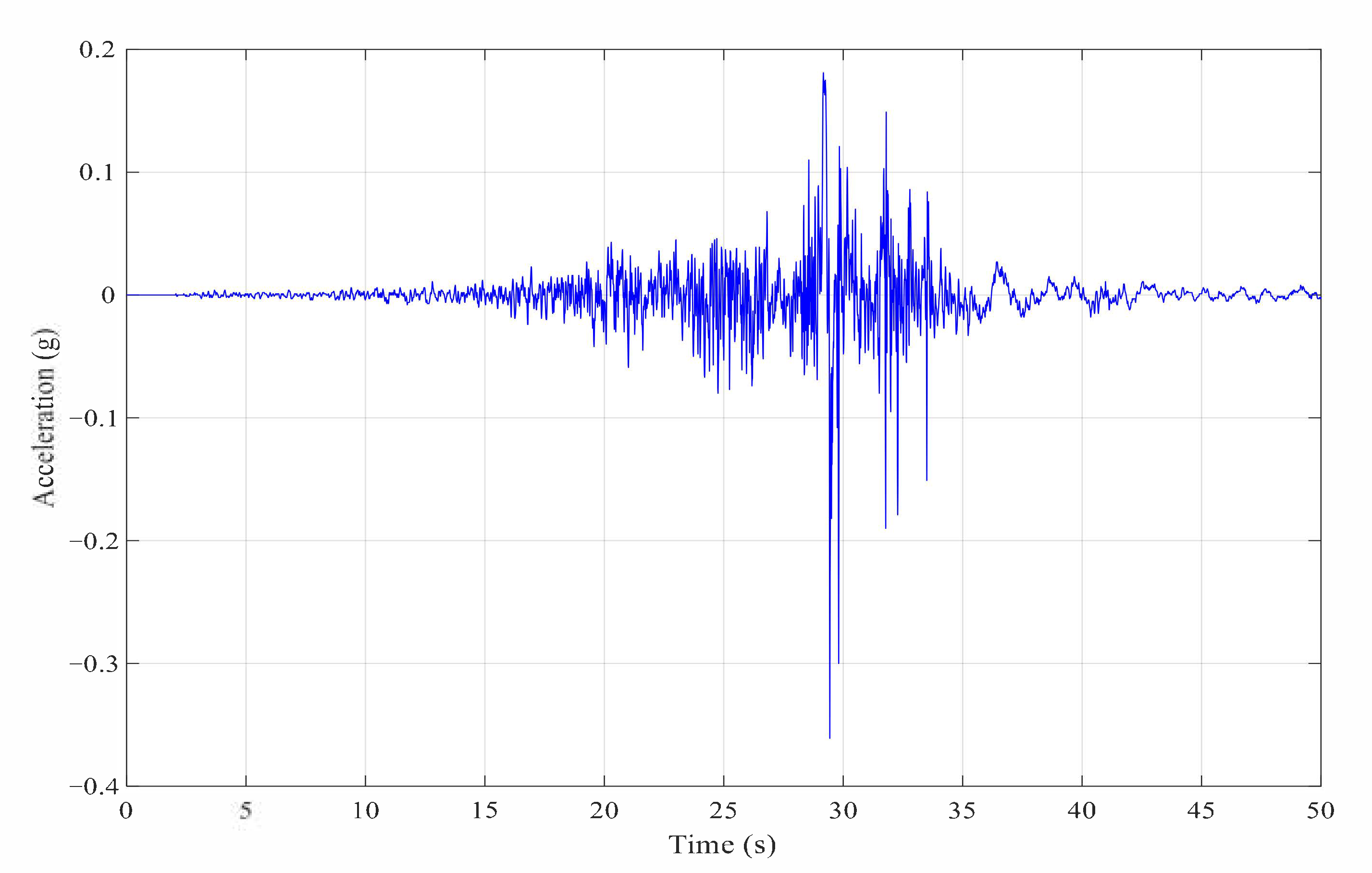 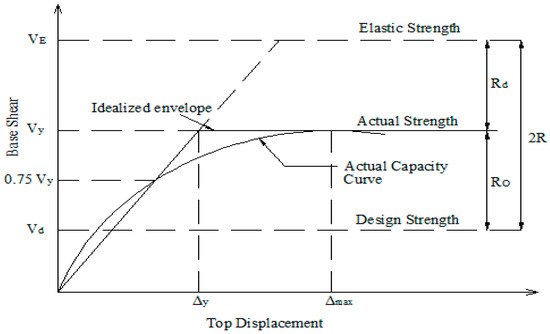 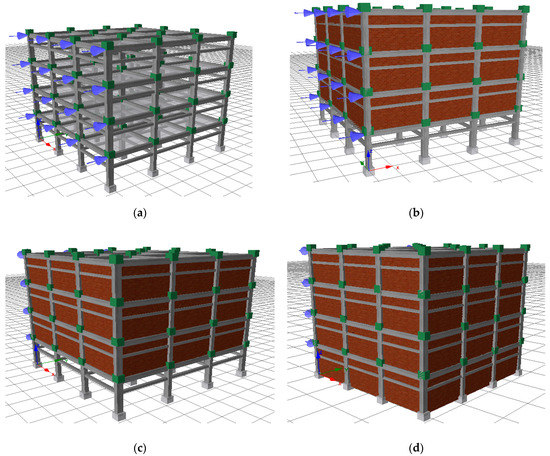 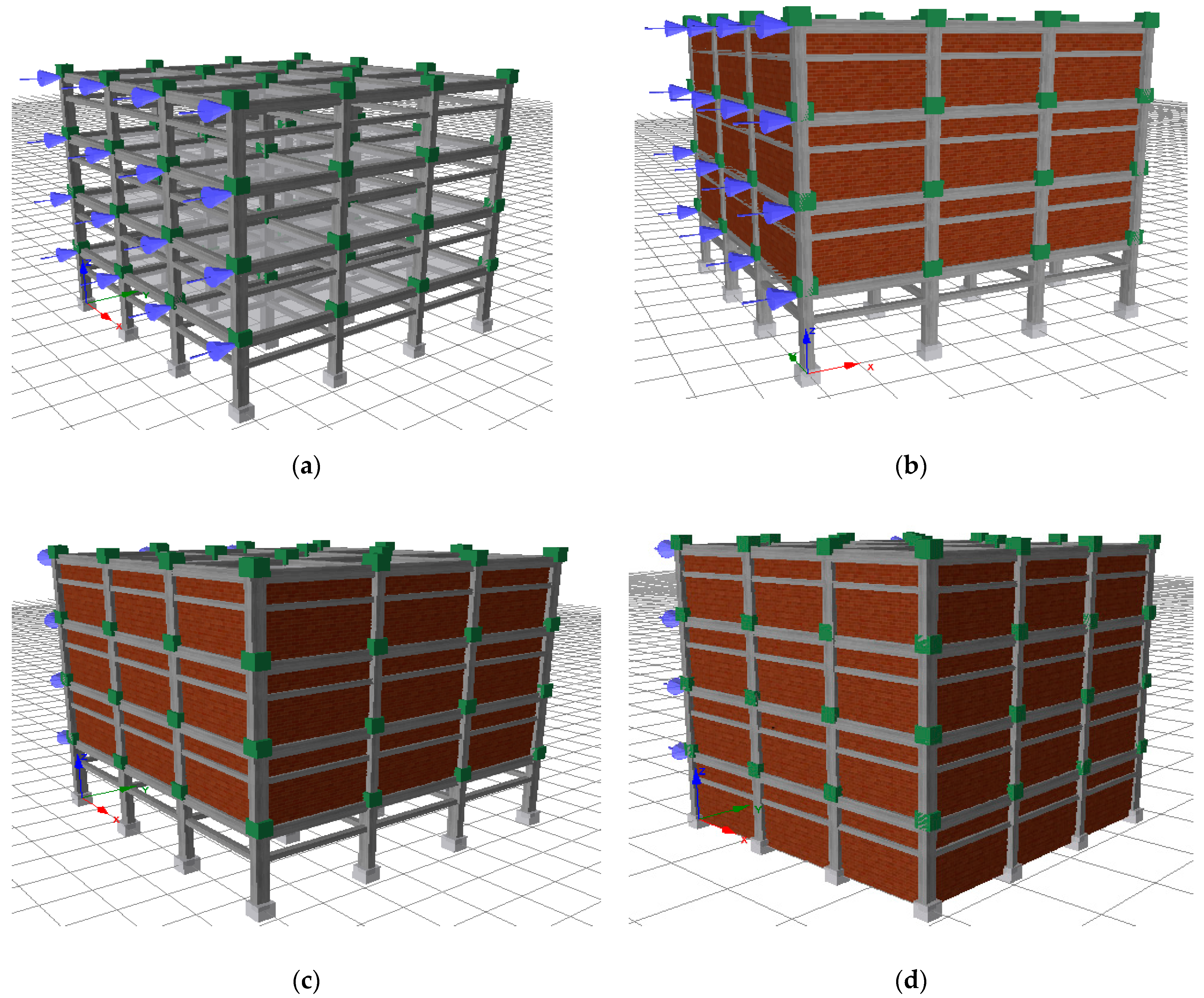 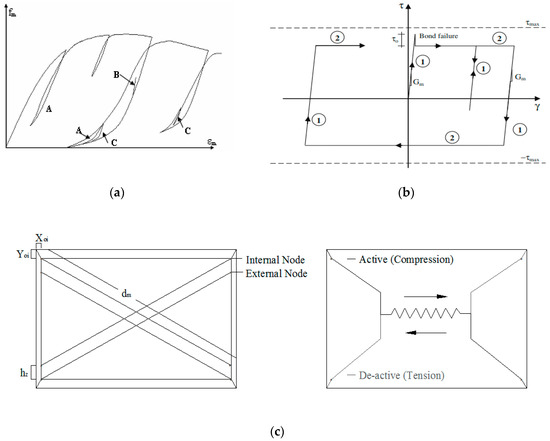 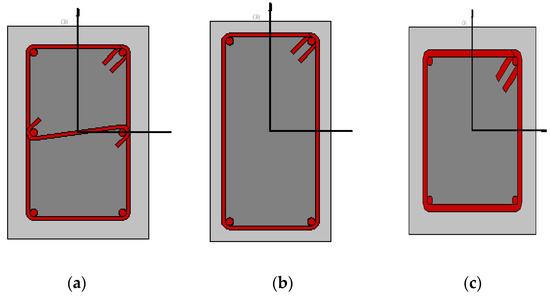 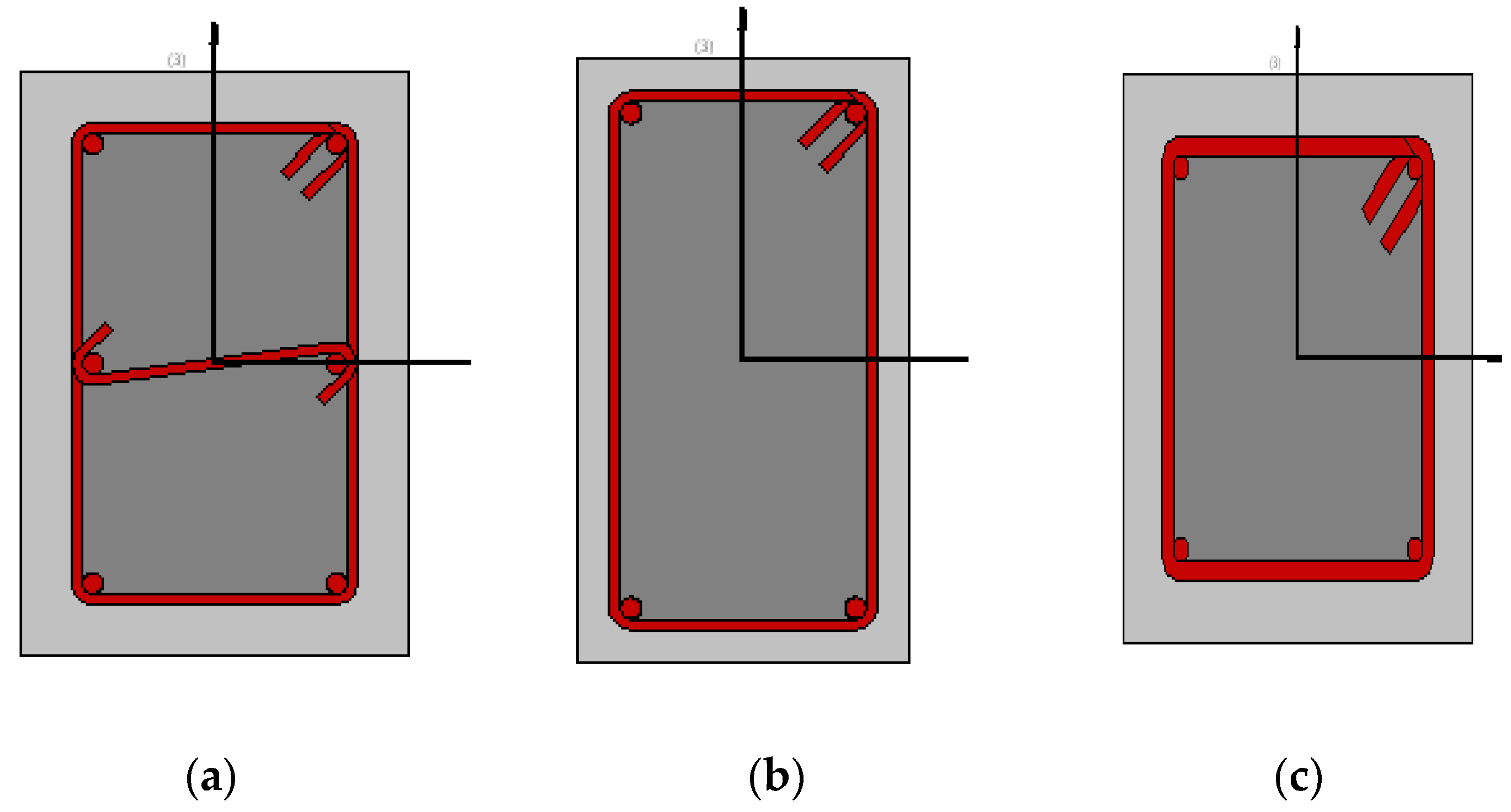 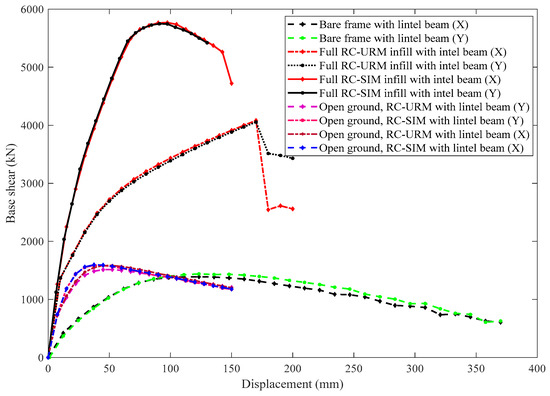 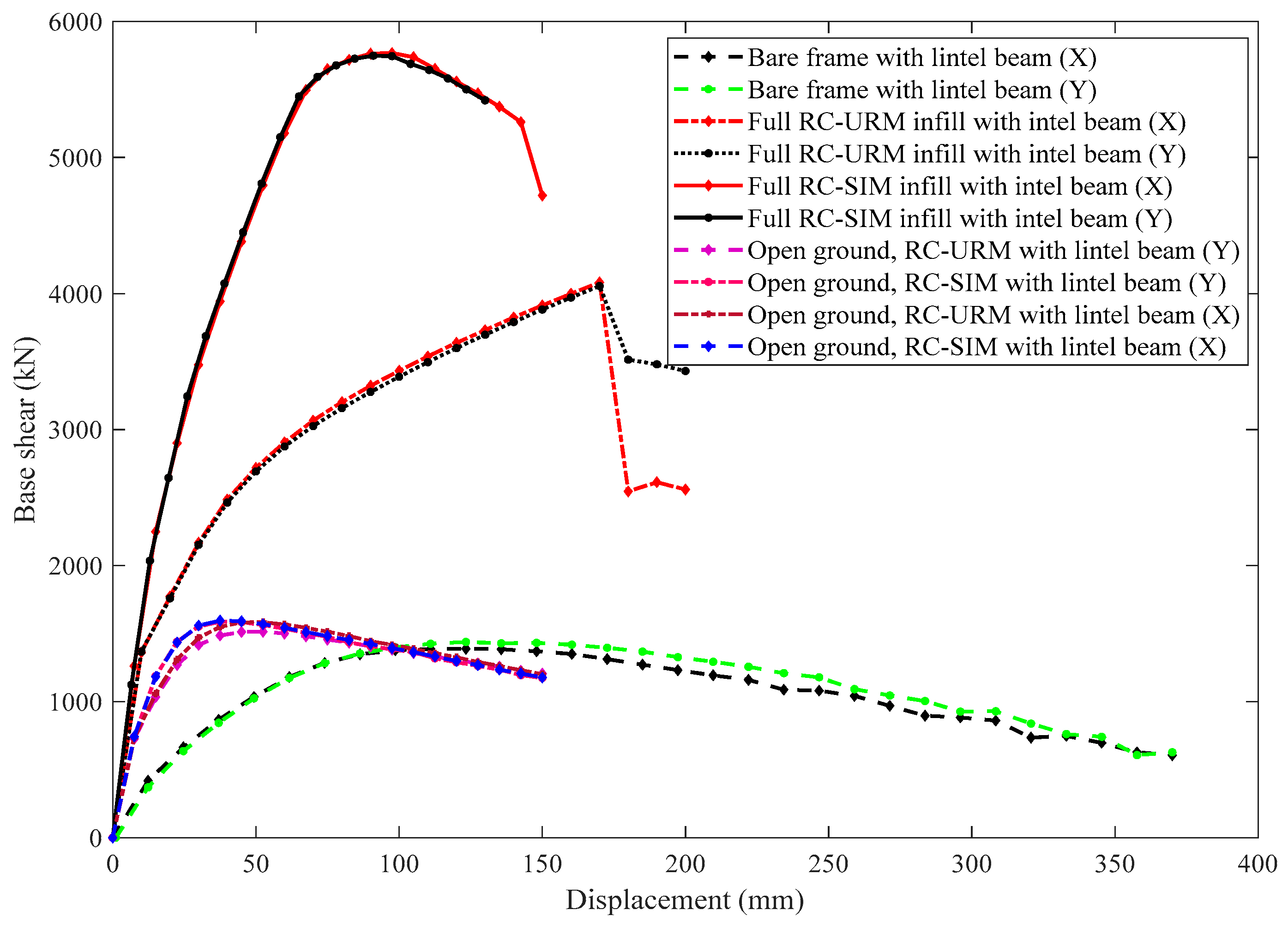 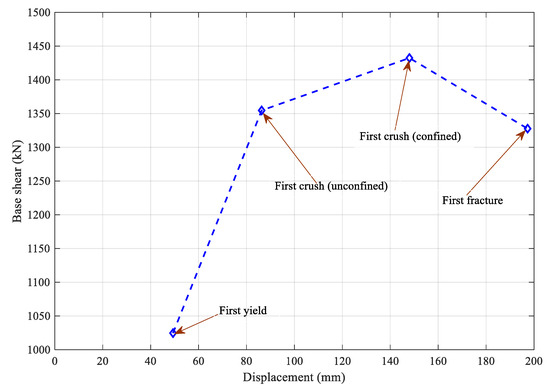 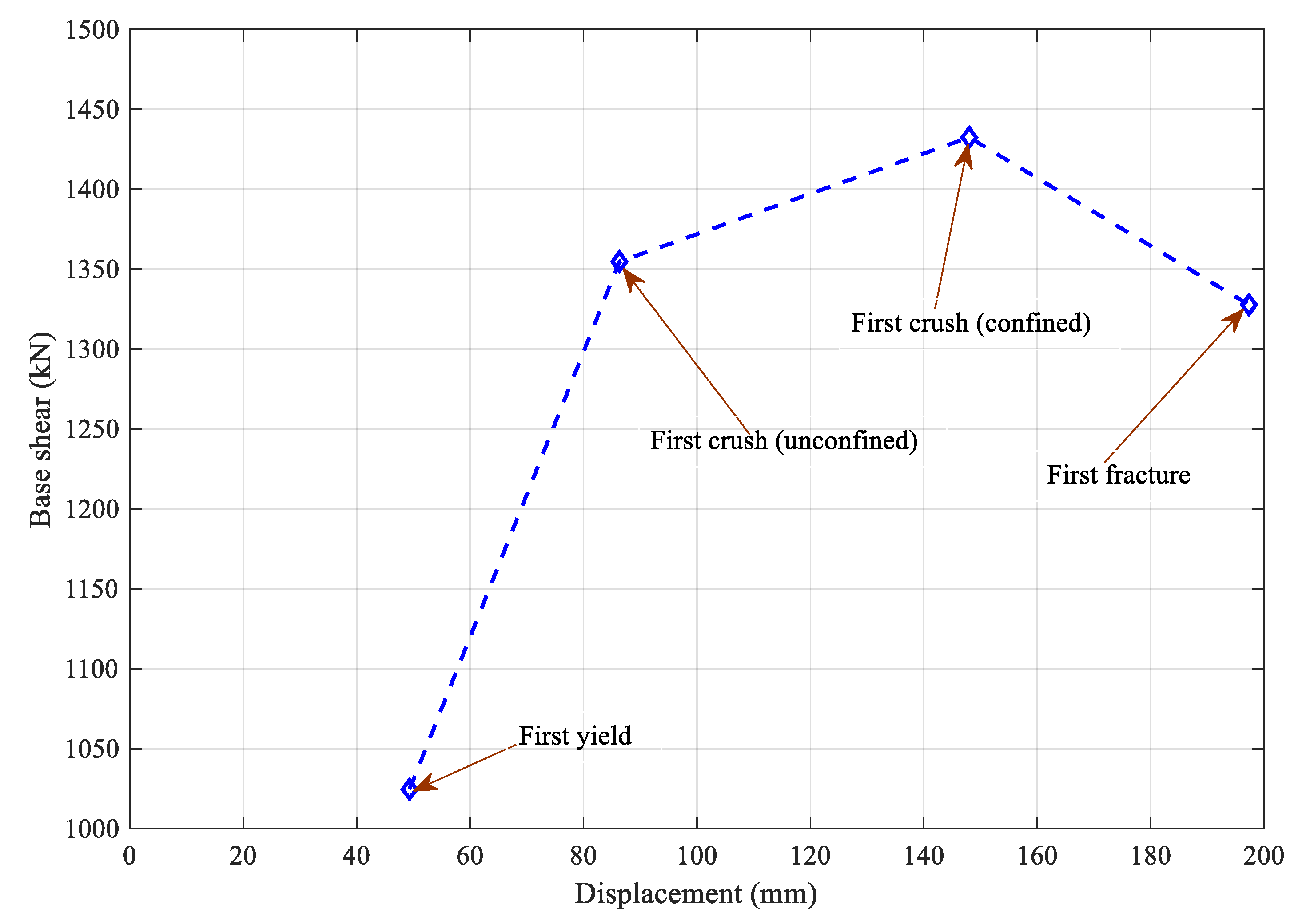 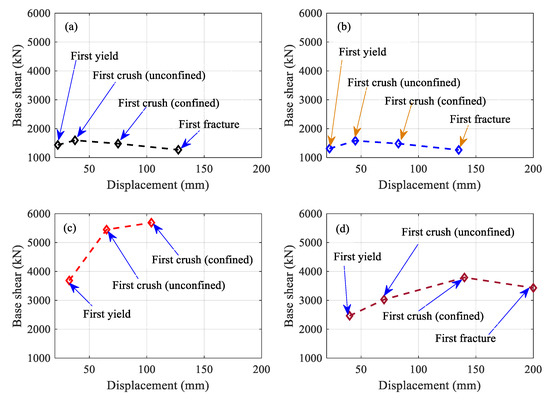 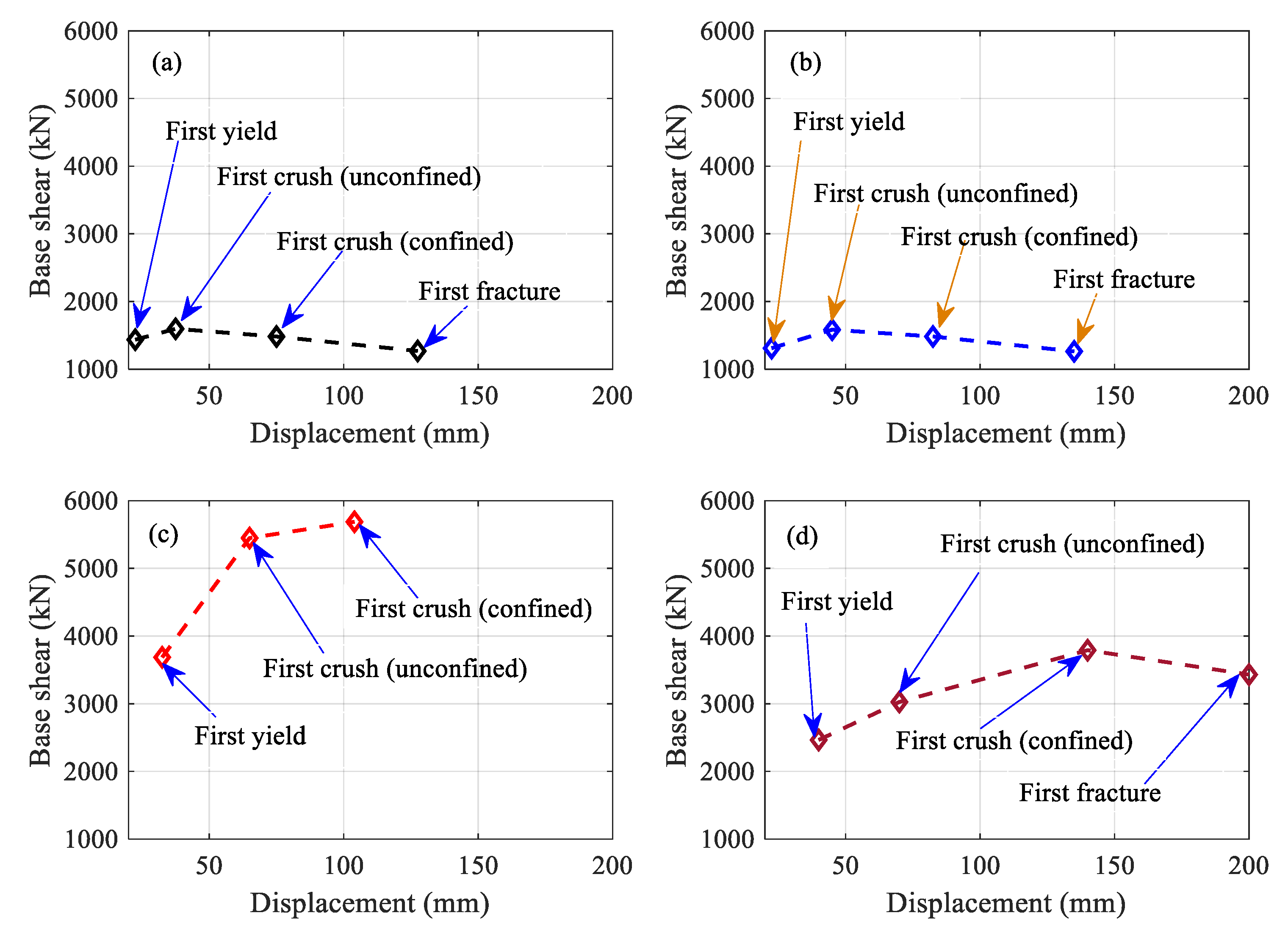 Table 3. Dimensions and detailing of the structural members.
Table 3. Dimensions and detailing of the structural members.
© 2021 by the authors. Licensee MDPI, Basel, Switzerland. This article is an open access article distributed under the terms and conditions of the Creative Commons Attribution (CC BY) license (http://creativecommons.org/licenses/by/4.0/).
We use cookies on our website to ensure you get the best experience. Read more about our cookies here.
Accept
We have just recently launched a new version of our website. Help us to further improve by taking part in this short 5 minute survey here. here.
Never show this again