The color of a thin copper oxide layer formed on a copper plate was transformed from reddish-brown into dark blue-purple by irradiation with 5 keV Ar+ ions to a fluence as low as 1 × 1015 Ar+ cm−2. In the unirradiated copper oxide layer, the copper valence state of Cu2+ and Cu+ and/or Cu0 was included as indicated by the presence of a shake-up satellite line in a photoemission spectrum. While for the irradiated one, the satellite line decreased in intensity, indicating that irradiation resulted in the reduction from Cu2+ to Cu+ and/or Cu0. Furthermore, nuclear reaction analysis using a 16O(d, p)17O reaction with 0.85 MeV deuterons revealed a significant loss of oxygen (5 × 1015 O atoms cm−2) in the irradiated layer. Thus, the chromatic change observed in the present work originated in the irradiation-induced reduction of a copper oxide. View Full-Text
Keywords: ion beam; copper oxide; chromatic change; photoemission spectrum; beam viewer ion beam; copper oxide; chromatic change; photoemission spectrum; beam viewer
►▼ Show Figures 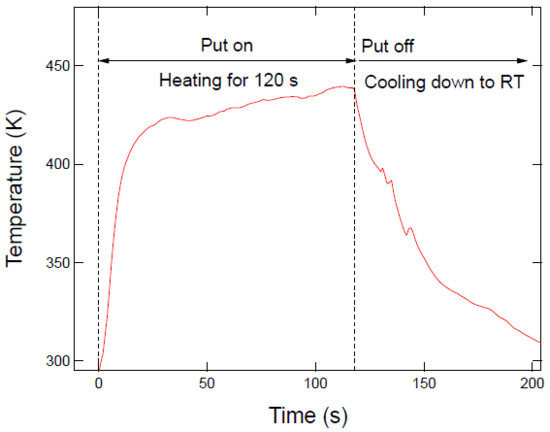