The Special Case of Human Astrocytes
Previous Article in Journal

Following retirement from active laboratory work, a change in the experimental line of research at the Unit of Applied Neurobiology (UNA, CEMIC-CONICET) laboratories—at present aimed at studying more decisively neurocognitive issues—has provided the opportunity to propose this sort of brief account and reassessment of unresolved and pending questions on “glial issues” that were dealt with in our neurobiological laboratory in recent decades. This personal viewpoint is intended to stress and revisit several aspects of our own observations on glial physiology and comparative studies, which are aimed at encouraging further research in the field.
Thorough updates, comprehensive reviews, and inspirational thoughts on other related aspects of glial physiology can be found in Kettenmann and Ransom (2005), Verkhratsky and Butt (2013), and Verkhratsky and Nedergaard (2018) [1,2,3], as well as in numerous individual articles, for it, seems evident that experimental research on neuroglia has entered an era of further fertile analysis. Yet, as it will be considered later, caution and weighed decisions should be exerted in attempting interspecies extrapolations—in the present context referred to brain glia—and building our understanding of human and non-human primate brain organization and phyisology based on what can be considered “general mammalian” characteristics, stemming from non-comparative Rodentia approaches. This may limit our views on the neurobiological basis of primate brain evolution and behavior.

3. Analysis of Astroglia in the In Vitro Conditions

Applying lucifer yellow dye coupling procedures comparative studies were performed in human, non-human primate, and rat cerebral cortex astroglial cell cultures. Their hypothetical role in cerebral cortex modularity was analyzed following initial observations on cell coupling in the cerebral cortical and striatal cells from Cebus apella (tufted capuchin) monkeys, demonstrating its functional preservation following freezing and thawing procedures [33]. Later, a comparison between rat, monkey, and human cell cultures from regional brain samples that were obtained at early ages and stored deep frozen, was undertaken by Lanosa et al. [34]. Rat striatum and cerebral cortex showed different coupling characteristics. Significant differences were observed in dye coupling between rodent and human brain cortical cells in in vitro conditions (Figure 8), which were suggestive of a comparatively reduced diffusion of dye coupling in human samples. It remains to be proven that these observations hold true in situ using brain slices. Should it be confirmed, it could be speculated that in Homo there is less tendency to spread cell coupling, which would aid in limiting spatial compromise of ionic/molecular perturbations and hence contribute more precise spatial (modular) characteristics, through reduction of glial territories.
For the aforementioned experiments, the ages that were examined were developmentally early, as determined by the availability of samples from human and non-human primates, using cerebral cortex astroglial culture stocks of rat (five-day-old male), monkey (three-month-old male) and human (six-month-old female; intrasurgical sample) from postnatal origin, kept frozen under N2-atmosphere until they were used [34]. Hence, an effect of age cannot be overlooked. Yet, the results open up an intriguing additional potential difference in glial functional (coupling) characteristics among mammalian species.

An additional issue regarding the roles of glial cells in the regulation of information transfer is whether the so called subcortical “interstitial” (neuronal and glial) cells are solely residual (neurons) and maintenance (glia) of projection and association fibers, or they are part of regionally distributed, subcortical, neuron–glial networks, with a role in the control of information transfer probability through such axonal fibers. This matter has been further discussed in [35,36], and the regulation of timing and signal transfer probability in the subcortical white matter alternatively considered. This possibility calls for adequate experimental testing.

According to observations by Colombo and Napp [37,38], and Hunter and Hatten [39], conditioned medium by confluent embryonic cell cultures of astroglia showed evidence of releasing diffusible inducers of radial glia and neuritogenesis in the in vitro settings. Our contribution further stressed the compatibility and potential usefulness of this in vitro model for the ex vivo analysis of factors affecting the molecular dynamics that are involved in neuronal migration. Figure 9 illustrates characteristic neuronal adhesion to radial glia and their leading and trailing processes. These radial glial cells expressed laminin and 401-R antigens.
In pathological conditions, such as Parkinson’s disease, when considering that cerebrospinal fluid (CSF) from l-DOPA treated Parkinson’s disease patients is dystrophic to neuronal cultures, possible diffusible messengers released into the CSF affecting astroglial cells [40] may intervene in the progression of associated brain pathology. Figure 10 illustrates the effect of CSF preincubation with cultured control glia on the otherwise deleterious effects of cerebrospinal fluid from patients with Parkinson’s disease treated with l-DOPA.
The reported trophic influences of glia [37,38,39,40,41] prompted its implementation in a cell transplantation chymera in a non-human primate in the in vivo system, based on the intracarotid administration of the neurotoxin1-methyl-1-4-phenyl-1,2,3,6-tetrahydropyridine (MPTP)-induced parkinsonism in Cebus apella monkeys [42]. Following bilateral astroglial transplantation, significant performance improvement in a spatial delayed response task was observed, although it failed to modify perseveration in an object retrieval detour task, or to improve motor clinical rating. These observations suggest the possibility of dissociating brain circuits that are subserving various motor and cognitive performances. It should be added that the experimental design should take into consideration cognitive premorbid training effects, to avoid any interference with the interpretation of changes due to transplantation proper [43].

6. Environmental Effects on Glial Response to Injury and Dye Coupling

The reported effects of environmental enrichment (EE) on neuronal events [44,45,46] suggested the need to analyze glial cell responses to such contingencies. We have studied this in two different protocols. One, in terms of recovery after cortical mechanical lesioning [47], with results suggesting that the exposure to EE conditions prior to injury attenuates the post-lesional astroglial GFAP-response in the perilesional cortex of rats, and, hence, could modulate post-lesional reactive components. This requires further studies to characterize the mechanisms that are involved.
In the second protocol, we analyzed glial dye coupling in fresh tissue sections from rat motor cortex, after varying periods of EE. These studies reported several observations, but in terms of EE on cell coupling in cortical laminae II–III, 30 days of EE resulted in a significant increase in the area of cell coupling, but not in the number of coupled cells, with a concomitant decrease in cell density, suggesting a volume increase in intercellular—gliopil—space [48]. These results can be interpreted as a spatial expansion of the glial net, perhaps involving an increase in glial connectivity. Further studies should clarify the mechanisms underlying such gliopil expansion (e.g., astrocyte hypertrophy), and whether changes in neuronal and vascular elements also take part in the process following EE.

Significant recent advances have been made in our understanding of general mammalian characteristics of glial cells and their roles in brain functional organization. However, care must be taken when extrapolating data to primate species. The absence of interlaminar glia in rodent species is an excellent case in point of such limitations. Critical functional knowledge must be based on primate species if we are to understand the role of glia in the complex organization of human and primate brains. In particular, “general mammalian” glial functional characteristics need to be critically assessed in light of interspecies differences in order to appreciate their significance in the cognitive and emotional processes that underlie primate and human behavior. For this purpose, continuously improved experimental procedures in primate species, such as in vitro cell culture, ex vivo organotypic brain slice preparations, and in vivo functional brain imaging and limited brain sampling procedures, would provide efficient means to accomplish such critical aims in highly protected species.

Contribution by Fundación Conectar to the development of the present review is gratefully acknowledged. Dedicated research involvement of colleagues and technical support personnel at the Unit of Applied Neurobiology (UNA, CEMIC-CONICET) during several demanding years, and sustained financial suport to the UNA research projects by various local and foreign granting agencies, is also gratefully acknowledged. 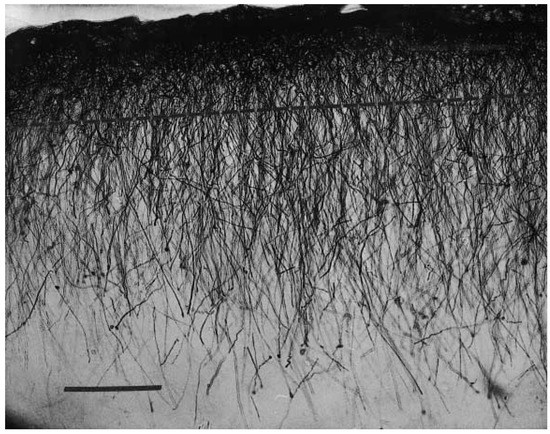 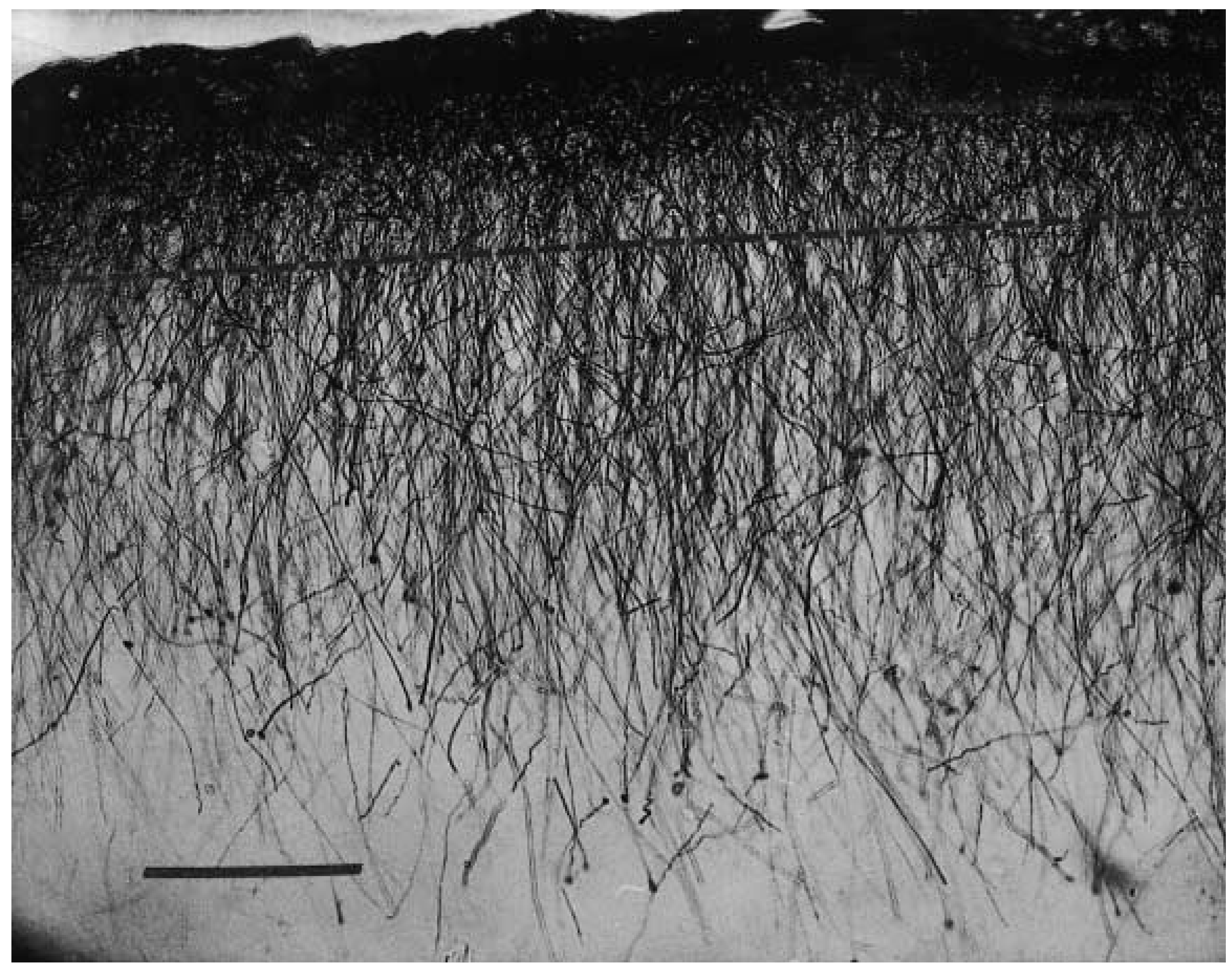 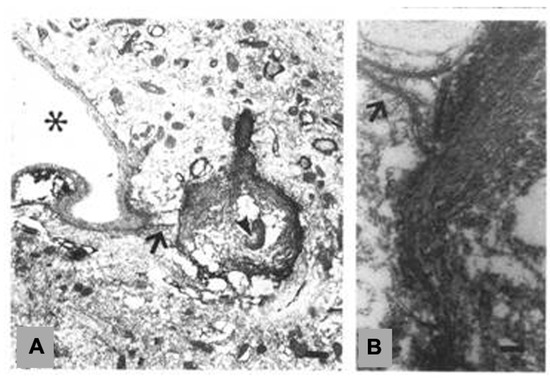 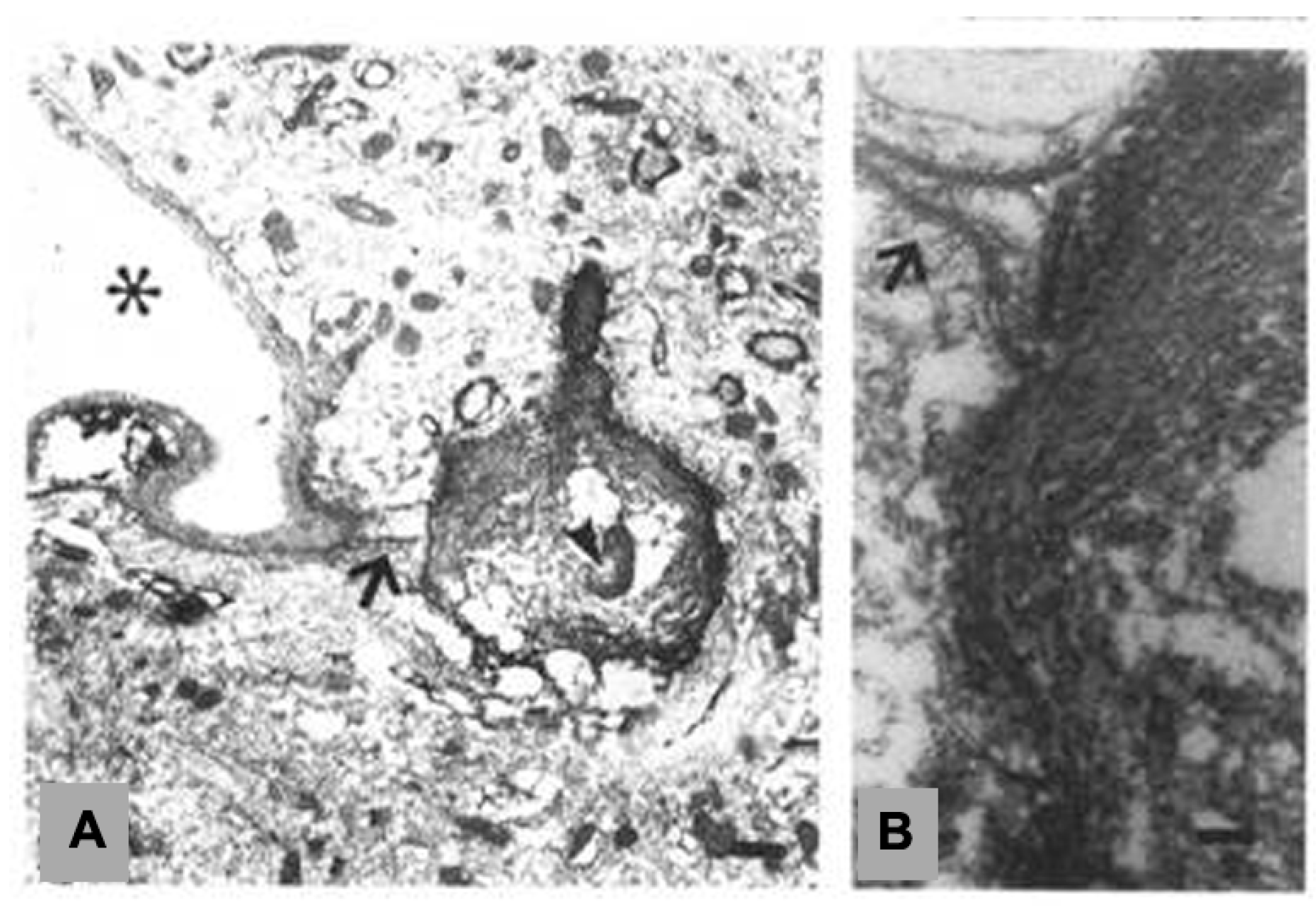 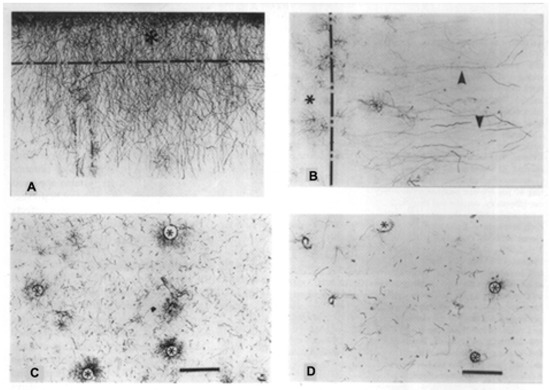 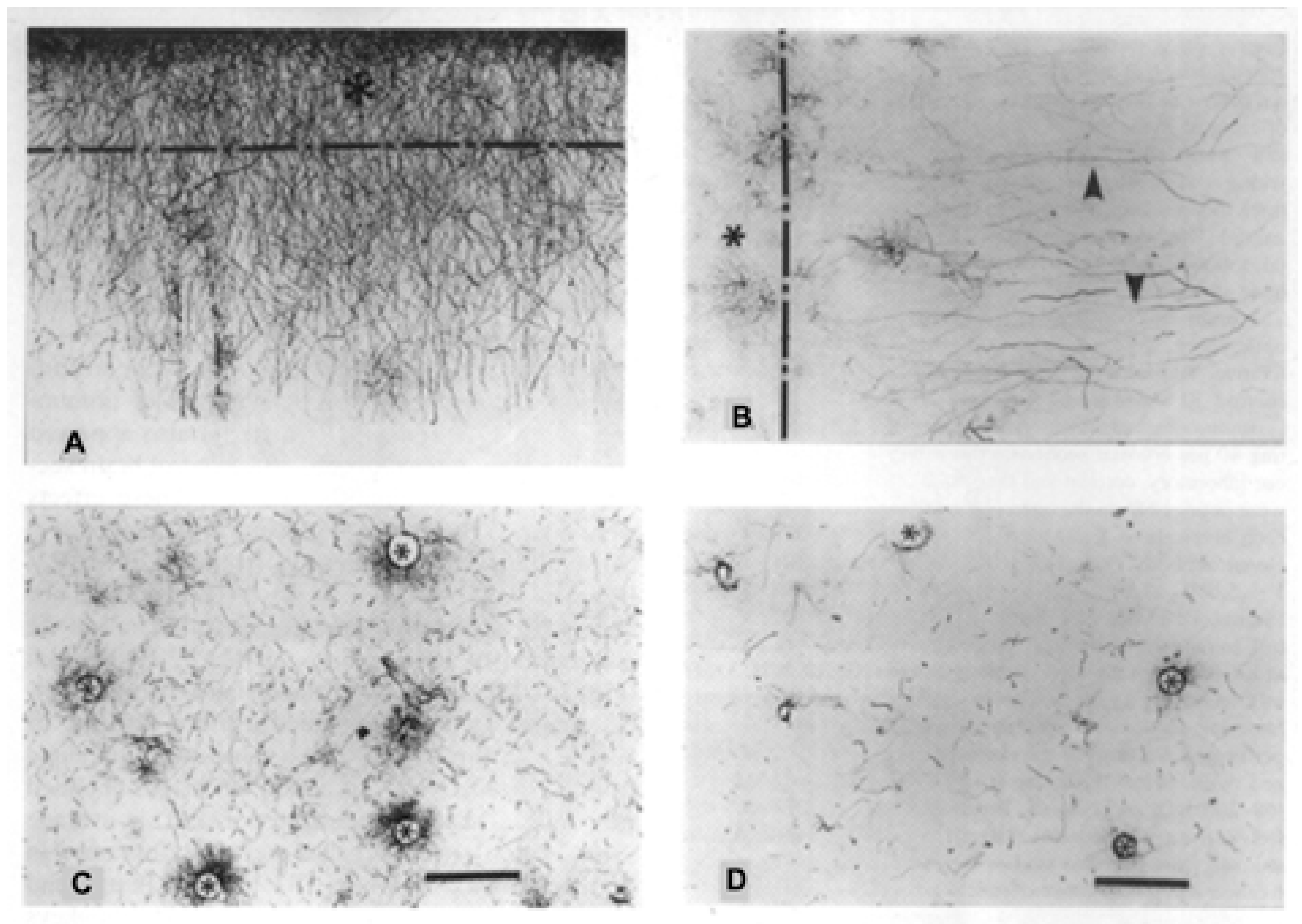 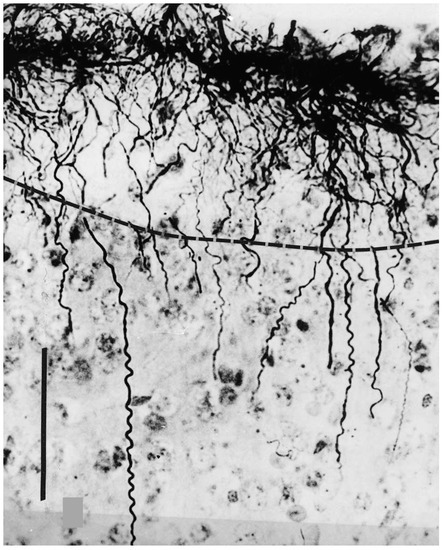 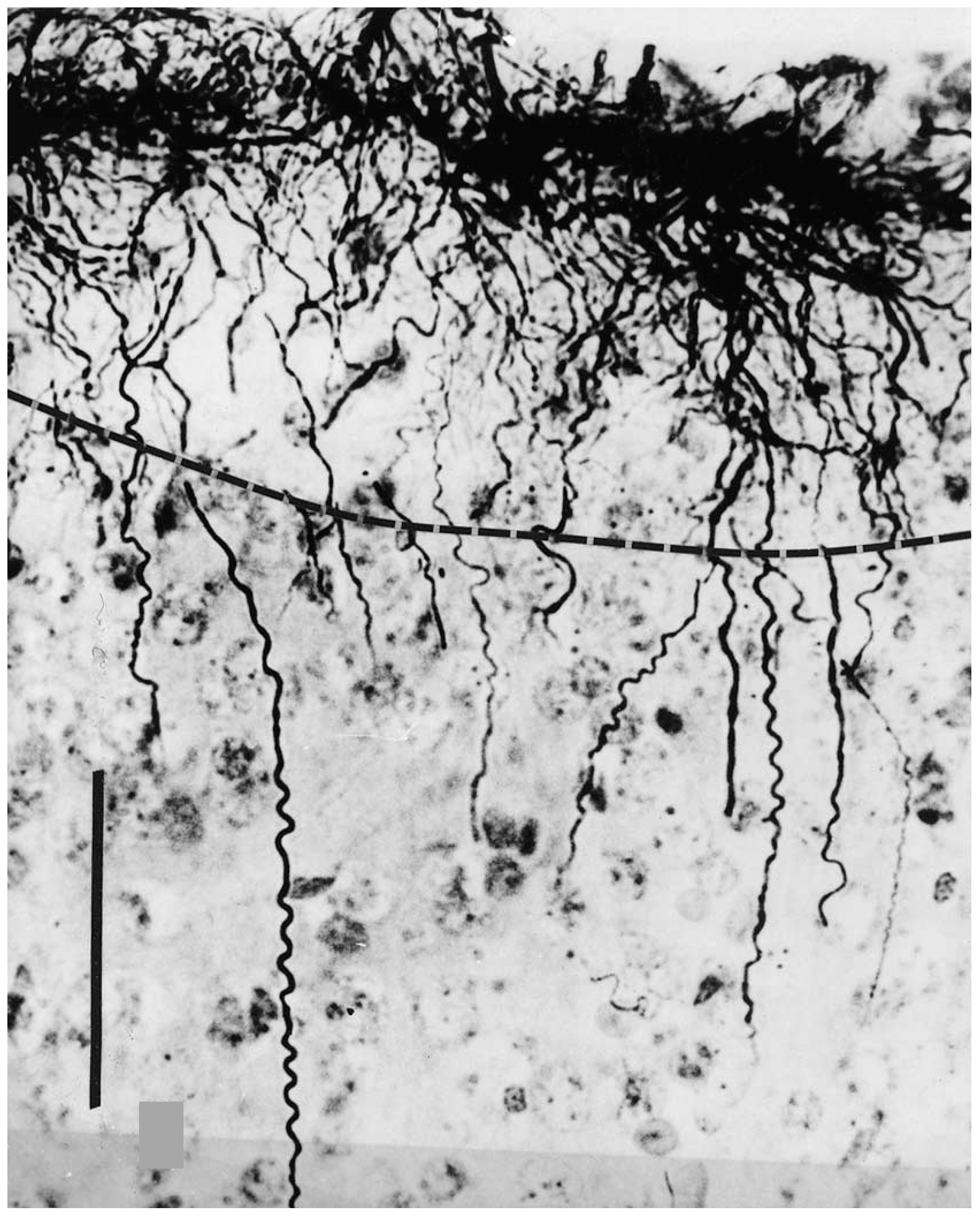 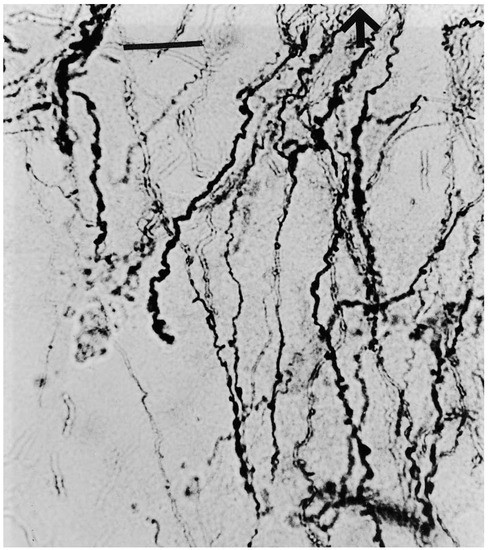 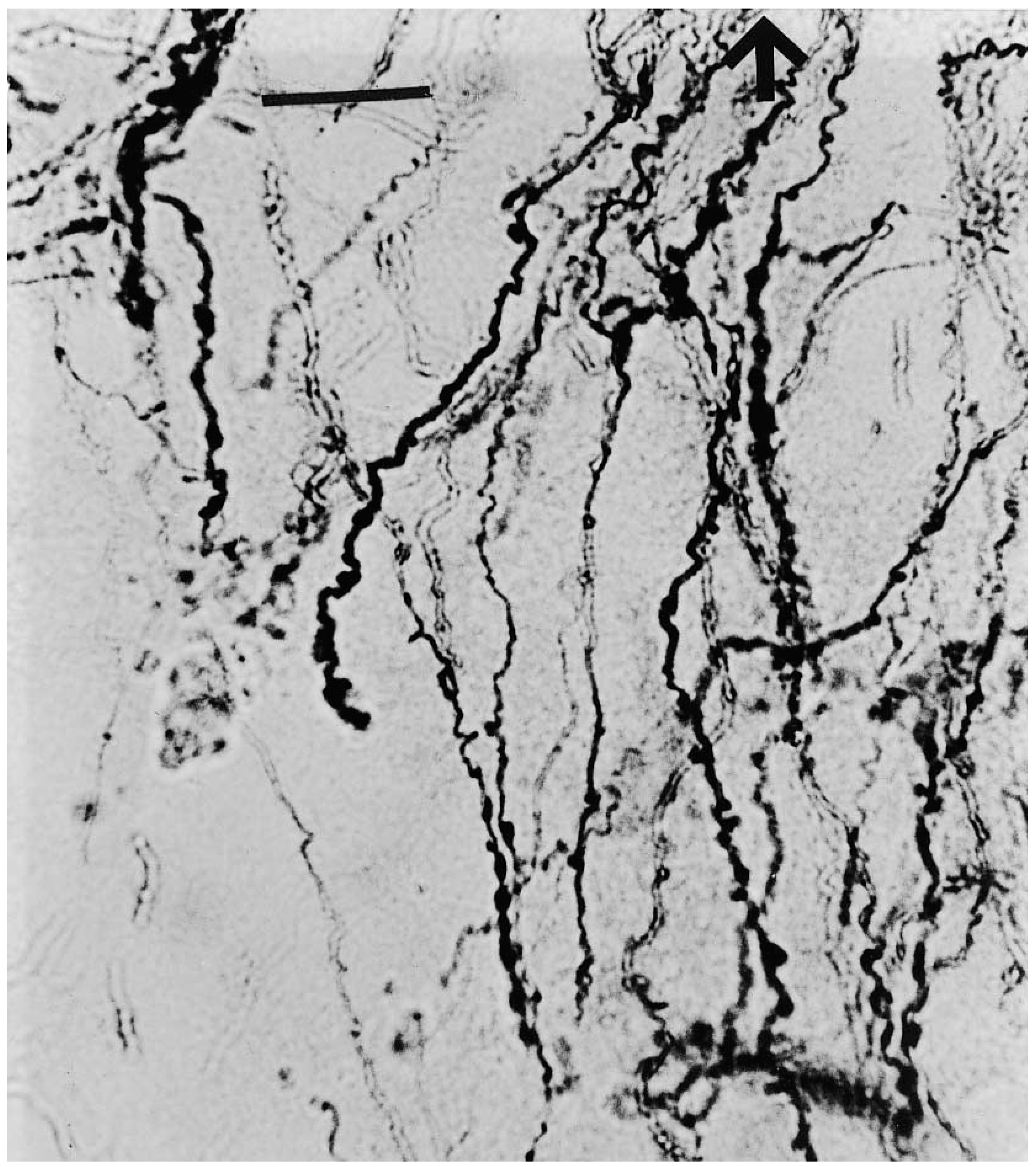 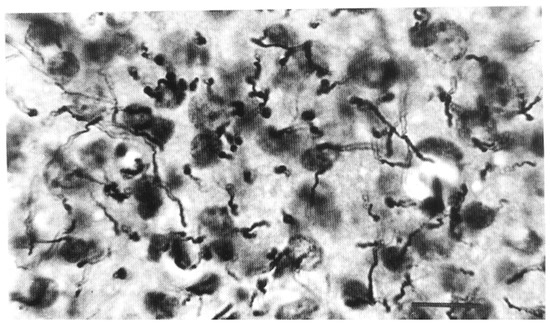 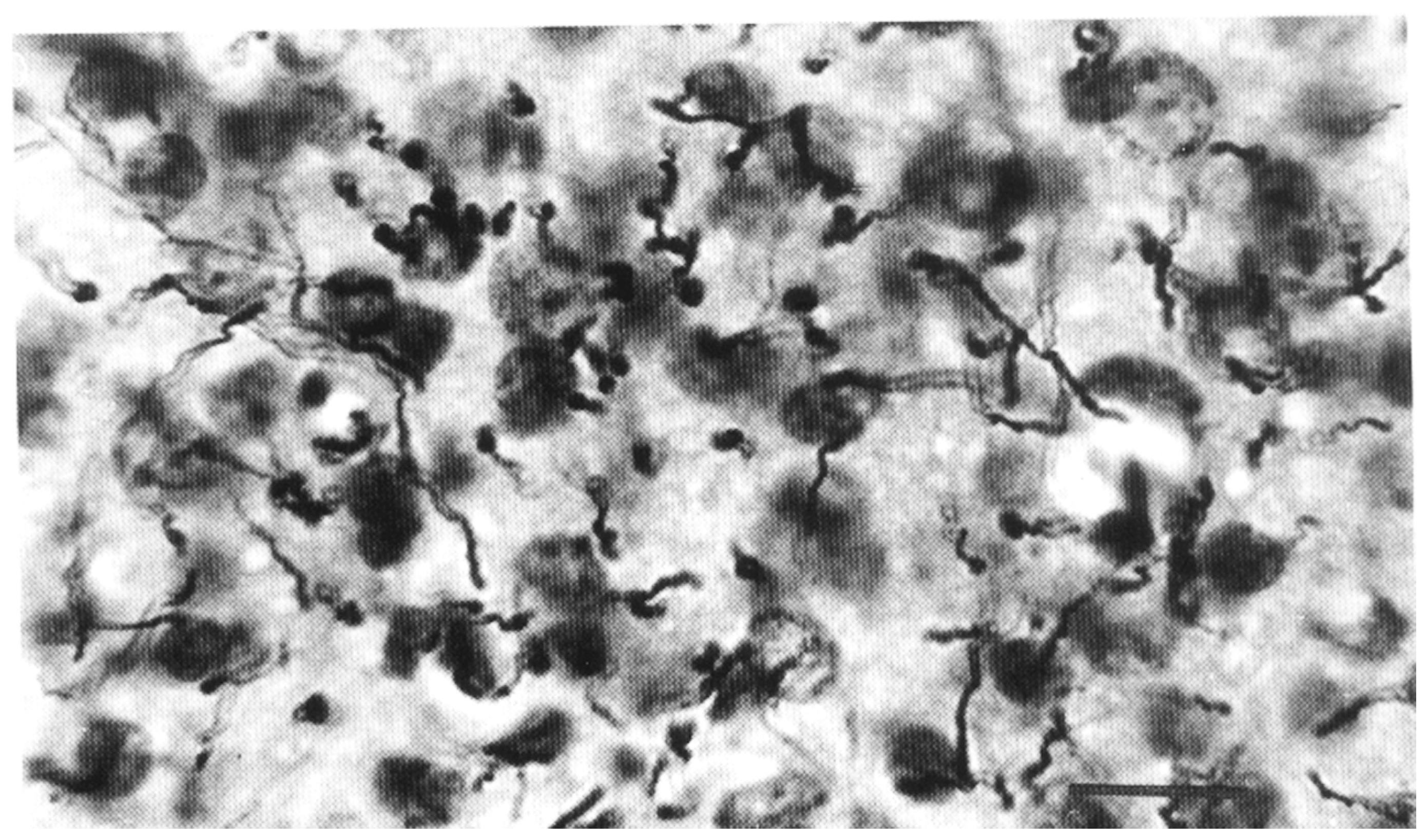 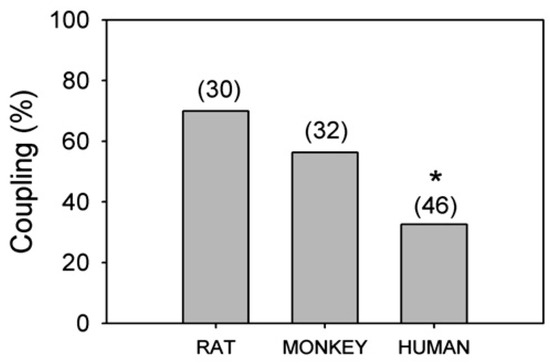 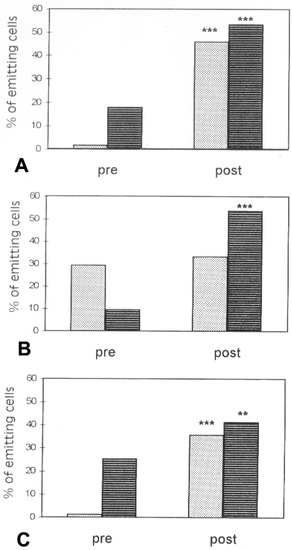 © 2018 by the author. Licensee MDPI, Basel, Switzerland. This article is an open access article distributed under the terms and conditions of the Creative Commons Attribution (CC BY) license (http://creativecommons.org/licenses/by/4.0/).
We use cookies on our website to ensure you get the best experience. Read more about our cookies here.
Accept
We have just recently launched a new version of our website. Help us to further improve by taking part in this short 5 minute survey here. here.
Never show this again