Spindle cell carcinoma (SCSCC) of the head and neck is a rare variant of squamous cell carcinoma. It is characterized by a malignant spindle and/or pleomorphic cells with a sarcomatous appearance. Rarely, osteoid and/or cartilage formation resembling osteosarcoma and/or chondrosarcoma may be observed; only one case has been reported in the tongue [1]. Herein, we report the second case of SCSCC with osteoid and cartilage formation in the tongue, along with a review of the literature.

An 85-year-old man with a previous medical history of tongue cancer and received radiation therapy 13 years ago noticed a mass in the body of the tongue within the radiation field. He visited our hospital, and malignancy was suspected. On clinical examination, hard raised and polypoid mass with the bumpy surface was found (Figure 1). The tumor occupied more than half of the tongue, and the midline of the tongue was displaced to the right. There was no cervical lymph node enlargement on computed tomography (CT) (Figure 2). The volume reduction surgery was performed, and macroscopically, the excised tumor was a solid mass, 5.6 × 4.2 × 2.2 cm in size (Figure 3). The cut surface of the tumor was white to yellowish-brown and brown near the surface. Histologically, the surface of the tumor was ulcerated, and the tumor showed proliferation of predominant spindle cells and a few atypical epithelial cells (Figure 4). The spindle cells with pleomorphic nuclei, was continuous with epithelial cells (Figure 5). Immunohistochemically, the spindle cells were negative for cytokeratin AE1/AE3 and p63, but epithelial cells were positive for both of them. Both spindle and epithelial cells were positive for p53. The foci of osteoid and bone formation were found in the spindle cell component and showed osteosarcomatous appearance (Figure 6). In addition, there were the atypical round-to-oval cells with a large nucleus and binuclear in lacunae with cartilage formation. It showed a chondorosarcomatous appearance. The diagnosis of SCSCC with osteoid and cartilage formation was made. After the operation, no recurrence was observed at the five-month follow-up.

None of the authors have any conflicts of interest to declare. 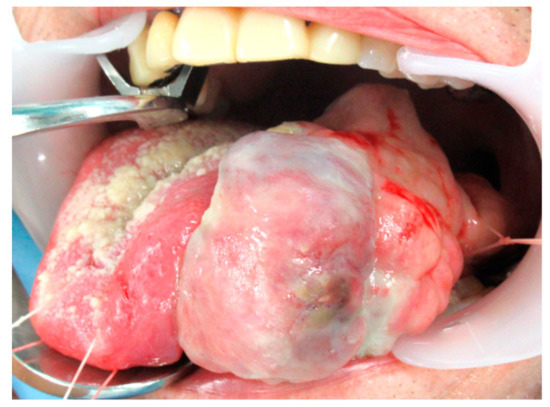 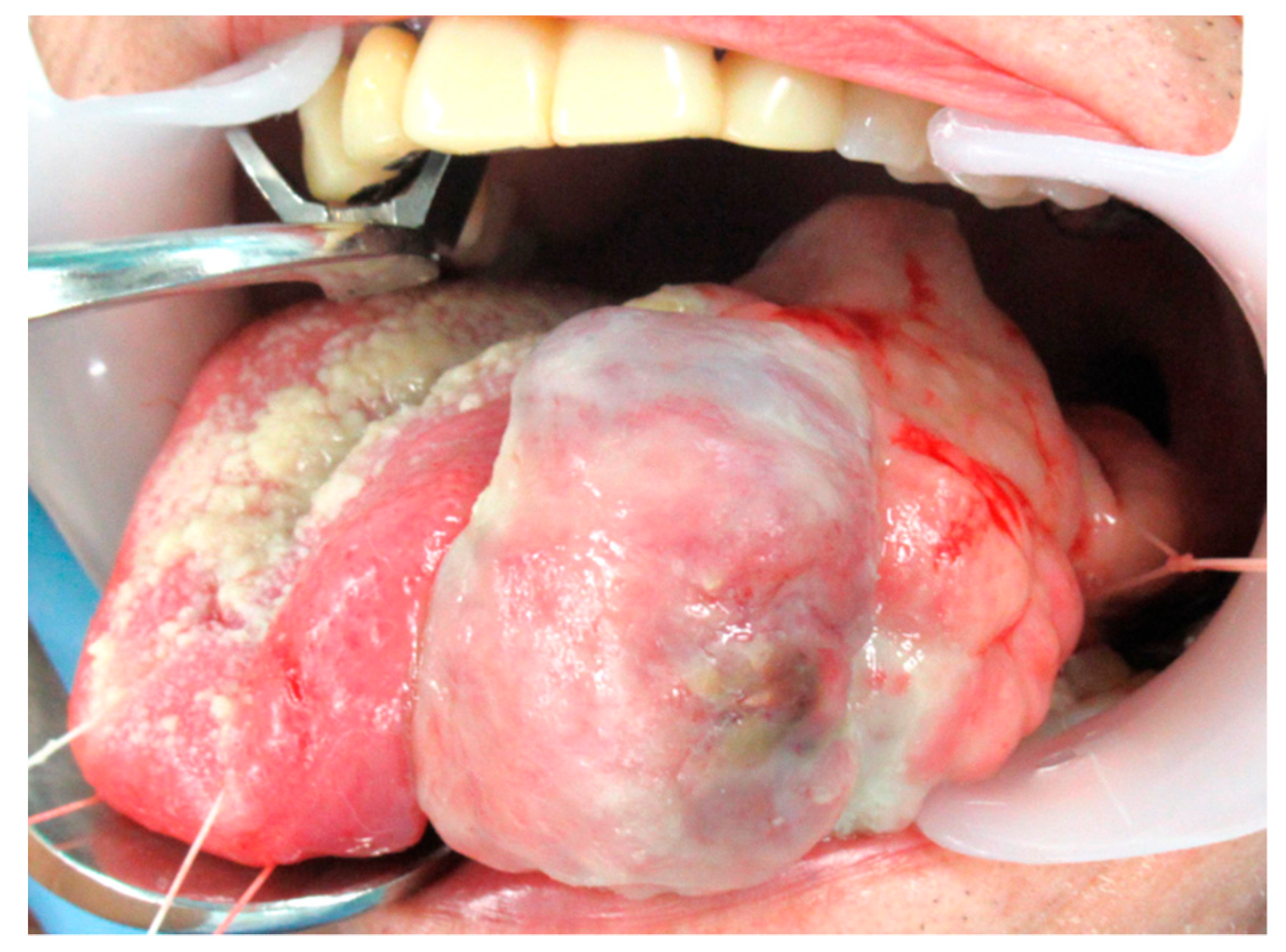 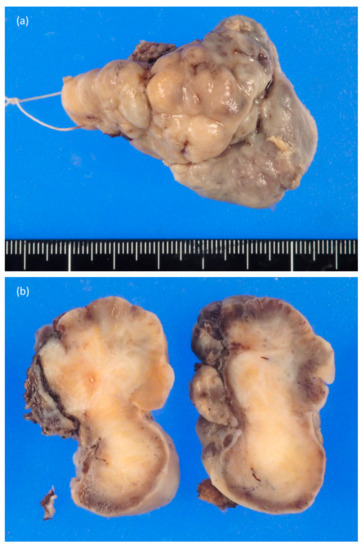 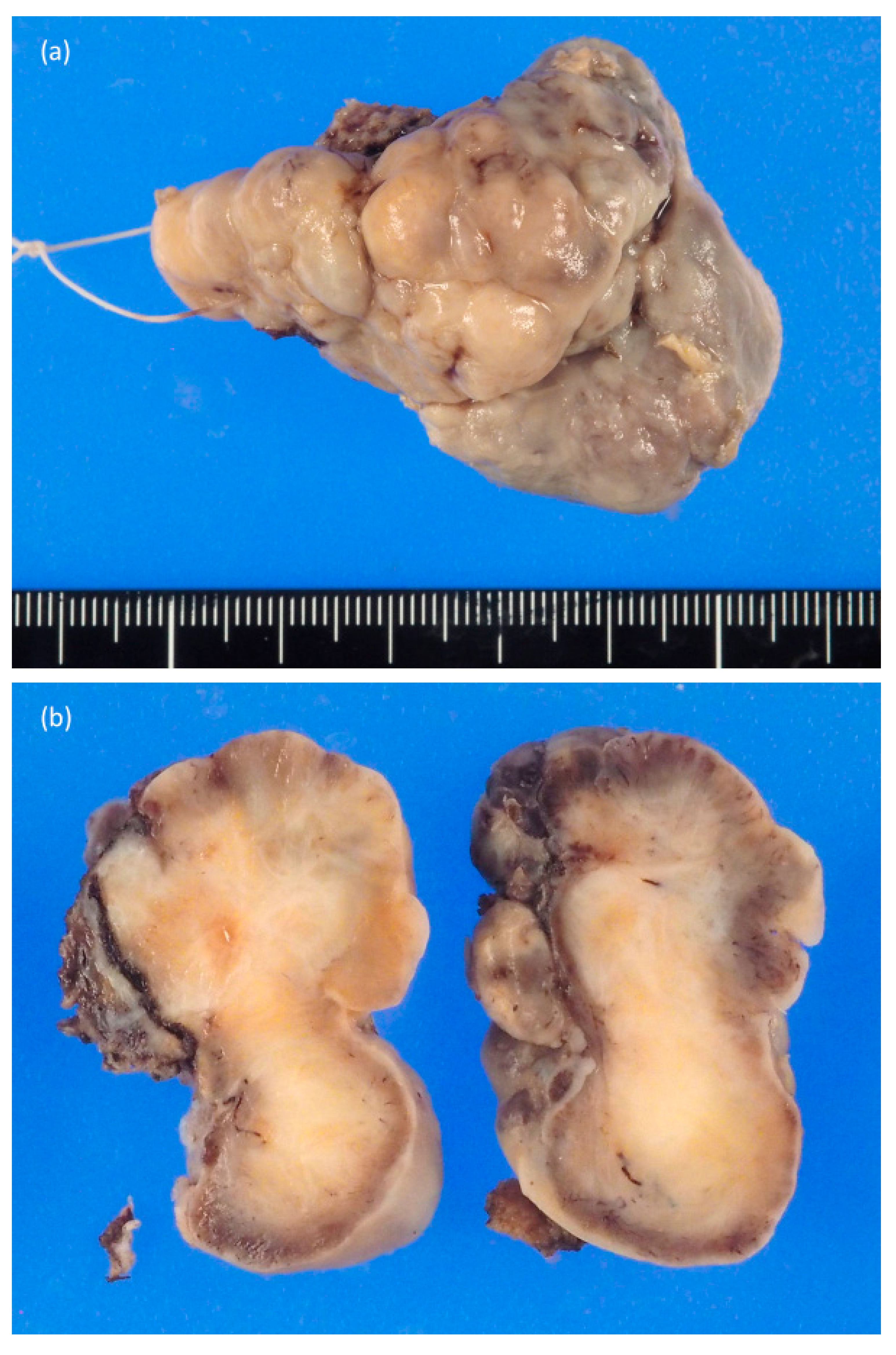 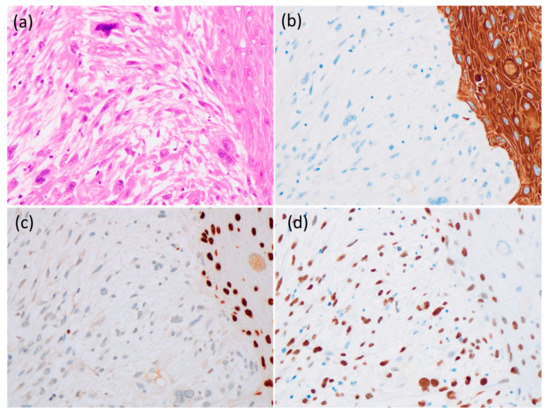 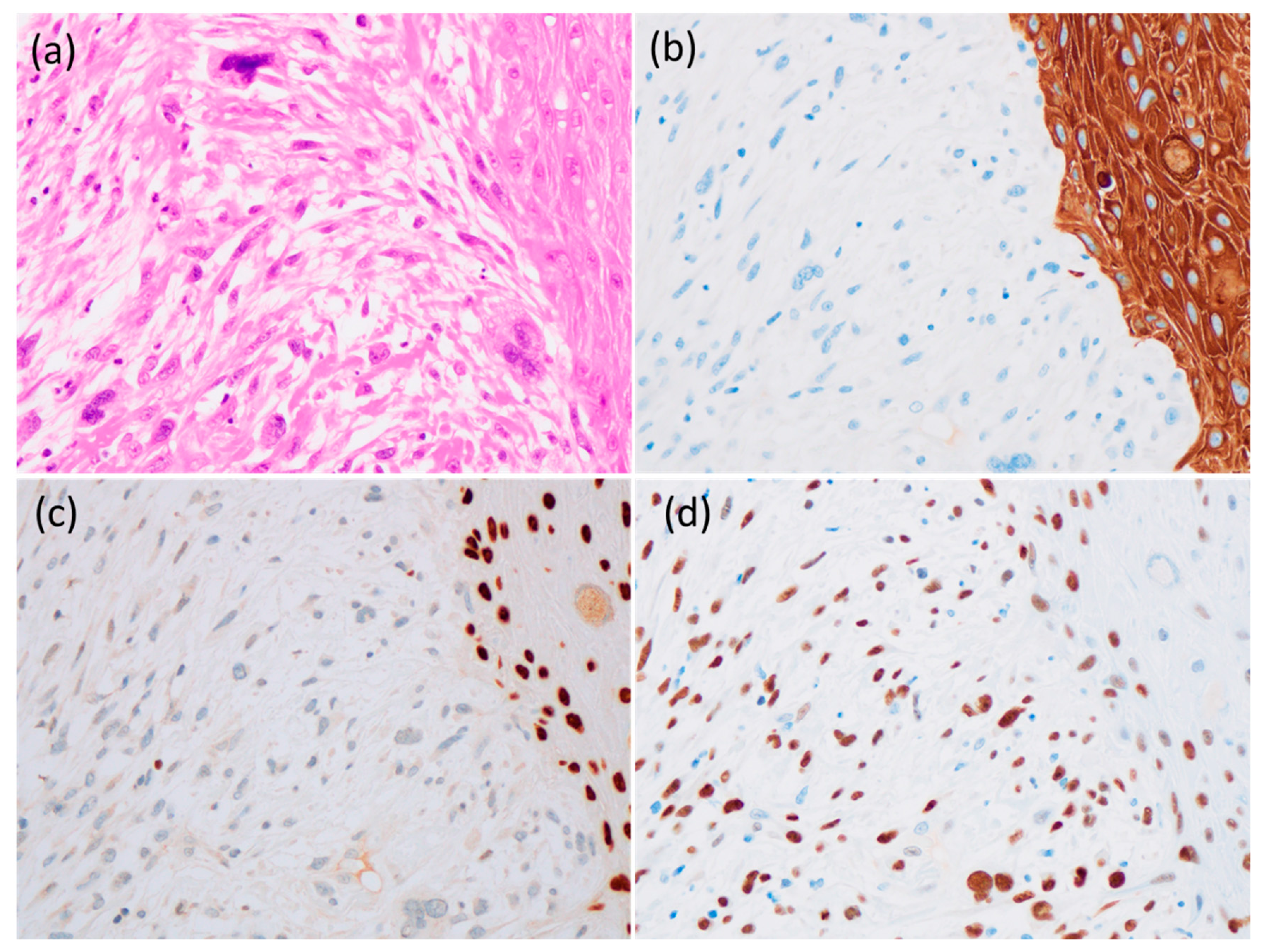 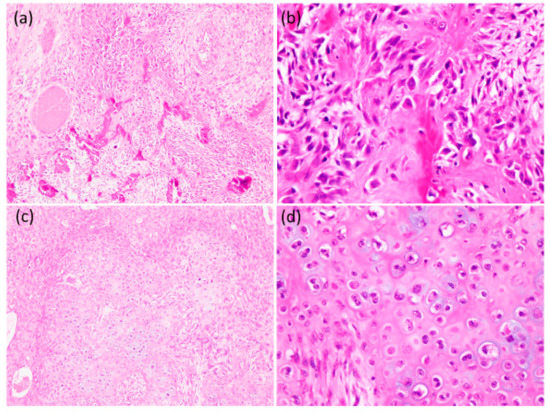 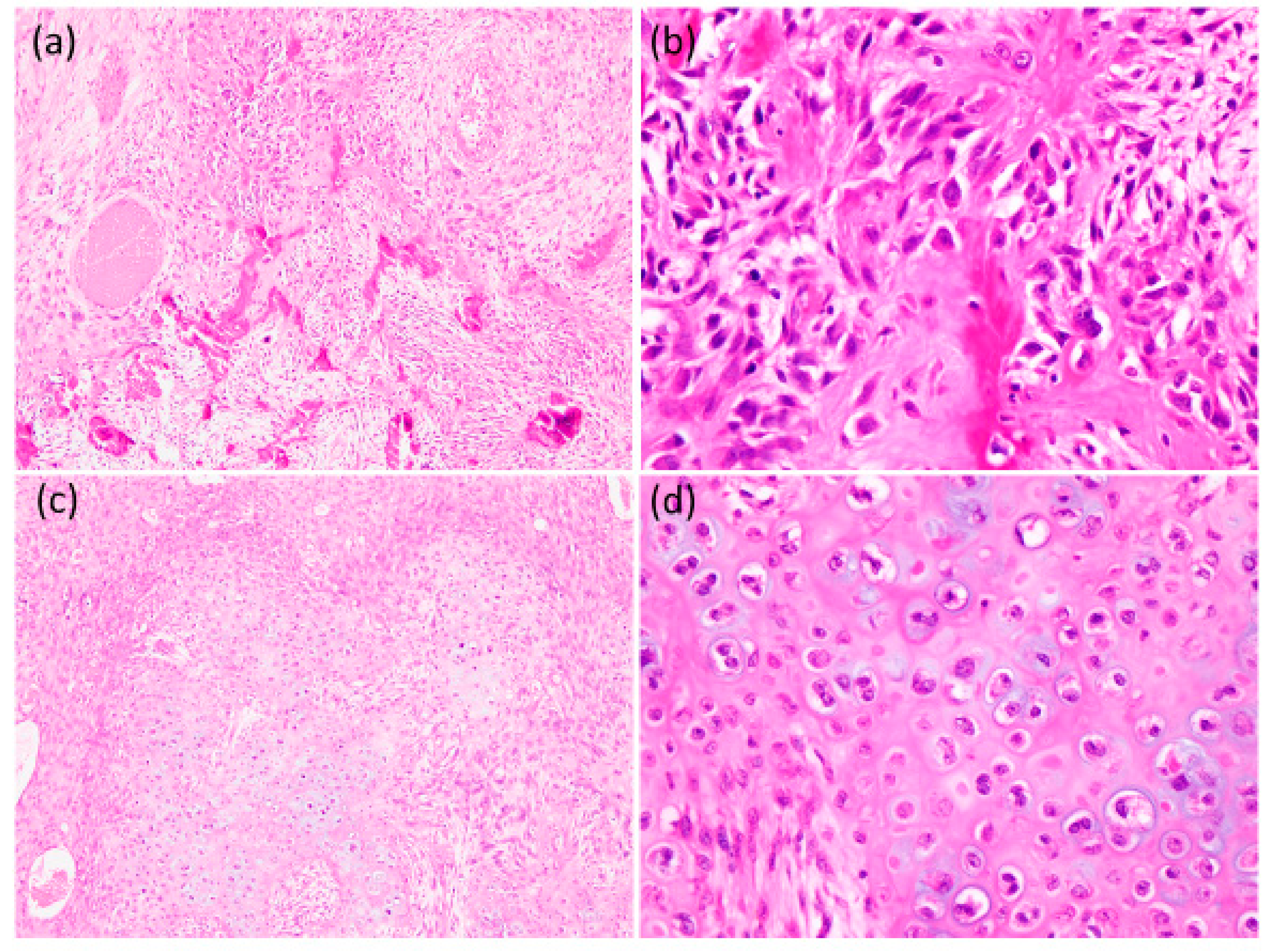