Phosphorus Transport along the Cropland–Riparian–Stream Continuum in Cold Climate Agroecosystems: A Review
Previous Article in Journal

Vast areas of land in the forest-steppe of West Siberia are occupied by birch forests, the most common ecosystems there. However, currently, little is known about the microbiome composition in the underlying soil, especially along a sequence of soil genetic horizons. The study aimed at inventorying microbiome in genetic horizons of a typical Phaeozem under undisturbed birch forest in West Siberia. Bacteria and fungi were studied using 16S rRNA genes’ and ITS2 amplicon sequencing with Illumina MiSeq. Proteobacteria and Acidobacteria together accounted for two-thirds of the operational taxonomic units (OTUs) numbers and half of the sequences in each genetic horizon. Acidobacteria predominated in eluvial environments, whereas Proteobacteria, preferred topsoil. The fungal sequences were dominated by Ascomycota and Basidiomycota phyla. Basidiomycota was the most abundant in the topsoil, whereas Ascomycota increased down the soil profile. Thelephoraceae family was the most abundant in the A horizon, whereas the Pyronemataceae family dominants in the AEl horizon, ultimately prevailing in the subsoil. We conclude that soil genetic horizons shape distinct microbiomes, therefore soil horizontation should be accounted for while studying undisturbed soils. This study, representing the first description of bacterio- and mycobiomes in genetic horizons of the Phaeozem profile, provides a reference for future research. View Full-Text
Keywords: ITS DNA diversity; 16S rRNA gene diversity; Phaeozem; soil properties; forest-steppe ITS DNA diversity; 16S rRNA gene diversity; Phaeozem; soil properties; forest-steppe
►▼ Show Figures 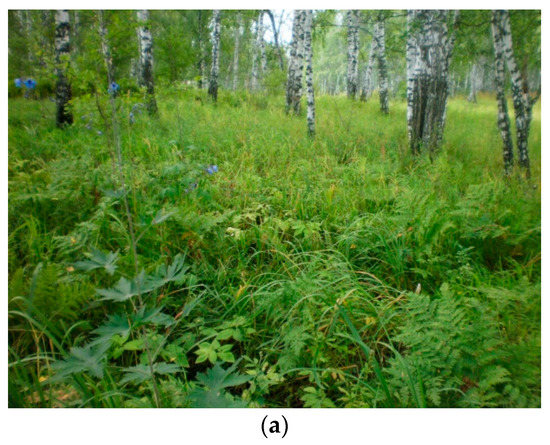