Assuming that the sprung mass and the unsprung mass are rigid bodies, the motion is only perpendicular to the ground direction. The suspension system has a linear stiffness coefficient and the damping coefficient. The effective stroke of the damper and the linear motor is not exceeded in the process of motion. Furthermore, the dynamic model of the regenerative suspension system shown in Equation (1) is established.
The output damping force of MRD selects the modified Bouc–Wen phenomenon model [11], of which driving current modulation is separated from the hysteresis operator. where is the drive current. is the drive current modulation function. is the Bouc–Wen hysteresis operator. is the internal piston displacement of the Bouc–Wen model. is the current saturation adjustment parameter, and is the initial displacement. z is a unitless progressive variable,,,,,,,,, are constants of model parameters.
The improved skyhook semi-active controller is applied. Namely, when the acceleration of vehicle sprung mass is inconsistent with the relative velocity of damper, the MRD output damping force is increased. On the contrary, the MRD output damping force is reduced to suppress the resonance amplitude of sprung mass. The MRD semi-active control current is as follows. where is the ceiling control coefficient.

Moving-coil type TPMLM is selected in this paper. Compared with the same size moving-magnetic one, it has a higher energy density, the smaller mass of moving magnetic parts, and higher electromechanical conversion efficiency. The structure diagram is shown in Figure 2, which is divided into I-V according to the material medium. The five areas are core area, winding area, air gap area, permanent magnet area, and back iron area. The magnetic tile adopts the Halbach magnetization arrangement method. This method has the highest average magnetic field energy density. The axial magnetic field distribution accounts for a high proportion of the fundamental wave component, thus reducing the electromagnetic conversion output harmonic content [12].
The regenerative suspension mainly uses TPMLM to recover electric energy. The power can be stored or used directly after conversion. The side effect can be ignored in the analysis. The principle and equation of the rotating motor are directly applied to calculate and design the linear motor and perform park transformation. Turn the motor model from stationary coordinate system to a rotating coordinate system.
In coordinate system, the induced electromotive force is as follows. where and are the components of stator and coordinate axis. and are the and coordinate axis components of stator current. is stator resistance. and are stator flux linkage.
The flux linkage equation in the coordinate system is as follows. where is the stator inductance, is the flux linkage of the permanent magnet poles.
The motion equation of the mover is as follows. where is the mass of the mover. is the electromagnetic force on the mover. is the suspension pressure of the vehicle on the mover, and B is the mechanical damping coefficient.
The expression of is as follows. where is the number of pole pairs.

3. Establishment of a Joint Simulation Platform

The TPMLM finite element model is established in Ansys/Maxwell, and the vehicle MR semi-active suspension system dynamics model is established in Matlab/Simulink to build the joint operation on the Simplorer platform. Figure 3 is the schematic diagram of the simulation platform.
In Maxwell 2D simulation, the solving domain boundary conditions are set as balloon boundary. The left boundary of the iron core and the right boundary of back iron are set as vector potential boundaries. A winding is set, and six coils are added to it. The moving type in motion setup is set to the positive z-axis direction. The simulation time is from 0 to 1 s, and the time step size is 1 ms. The permanent magnet material uses NdFeB30.
By running the MR suspension dynamic model in Matlab/Simulink under different road conditions , a displacement is obtained, which is the output of the position interface in Figure 3c. Meanwhile, is input to excite the finite element model of the TPMLM through the Simplorer (here named S_TRB1) module. Then, the joint simulation is implanted. After that, the comprehensive performance analysis of the vehicle MR regenerative suspension system is carried out based on the data obtained by the joint simulation.
The TPMLM structure parameters used in the simulation are shown in Table 1. are the radius of the cross-sectional circle of each area of the motor model from the inside to the outside. are the relative permeability of the material in area I-V, and is the permanent magnet pole pitch. is the permanent magnet remanence. is the number of winding slots. is the number of winding turns. is the winding full-slot ratio. is the winding direct current resistance. is the winding wire conductivity. is the winding single-slot cut area. MRD is the actual identification parameter; k0 = 185.954, k1 = 2750.7, k2 = 9.991, = 7.601, I0 = 0.0683, α = 19970, β = 179900, γ = 8901.5, = 1367.4, = 6204.1, n = 2, A = 24.518, = −0.004.

Firstly, the frequency response of the MR regenerative suspension system is analyzed. For nonlinear systems, constant amplitude harmonic excitation will cause a large acceleration excitation signal at high frequencies and saturation of suspension components. Therefore, the segmented harmonic excitation signal shown in Equation (11) is used to meet the requirement of limiting the amplitude of the displacement harmonic signal at high frequencies. where is the single-frequency harmonic amplitude. is the turning frequency. The natural frequency band of the car body and wheels is covered, setting , .
Using the system frequency domain response about sprung mass acceleration transmission rate Tas, unsprung mass acceleration transmission rate Tau, suspension dynamic travel transmission rate Tdr, and tire’s dynamic load coefficient (DLC), the overall suspension performance of vehicle suspension ride comfort and operational stability is evaluated, including resonance suppression, vibration isolation, suspension travel limit, and tire grip [11]. It can be seen from Figure 4 that the first resonance point of Tas is 1.5 Hz, which meets the requirements of passenger car stability. Tau is slightly distorted due to simulation reasons. Both Tdr and DLC show that the TPMLM does not significantly change the handling performance of MR suspension.
Vehicles often encounter various impact roads during driving, which is a short time and high intensity. The smooth pulse signal excitation shown in Equation (12) is used [14].
In the equation, is the amplitude of the smooth pulse signal, is the fundamental frequency, and is the pulse stiffness coefficient. A larger value will cause the excitation to produce larger shock and acceleration signals.
Figure 5 shows the time-domain transient response of , , , and under smooth pulse excitation. The stabilization time of each response adjustment of the system is within 1 s. Due to the addition of TPMLM, small-scale oscillations appear in the initial stage of impulsive excitation, especially the sprung mass acceleration , but the response amplitude does not increase significantly.
The random road is established based on the filtered white noise method, which is used to simulate the wheel excitation input when the vehicle is running on the actual road and gives a general analysis of the performance of the suspension system. The differential equation of road roughness is where is the function of road roughness. is the Gaussian white noise signal with power spectral density (PSD) of 1. is the cutoff frequency of the road spatial frequency, , is the reference spatial frequency of the road. . is the PSD of the road under the reference spatial frequency , related to pavement classification and speed in steady-state. This experiment selects , .
Figure 6 shows , and under random road excitation. It can be seen that the first resonance point of the MR regenerative suspension system is 1.5 Hz, and the second resonance point is about 9.5 Hz, which is consistent with the transmission rate under the above variable amplitude harmonic excitation. It is also indicated that the addition of TPMLM does not significantly change the system stability.

(1) For the MR regenerative suspension system in parallel with TPMLM, a stability analysis method based on the comprehensive suspension performance under different road excitation is proposed, especially observing whether the resonance point shifts after installing TPMLM;
(2) Dynamic model of the MR suspension system and a finite element model of TPMLM are established, respectively. Matlab/Simulink and Ansys software are used for joint simulation to obtain the comprehensive suspension performance and regenerative characteristics under the road excitation of harmonic, impact, and random pavement.
(3) The simulation results show that the MR regenerative suspension system with improved skyhook control meets the requirements of the natural resonance frequency of the vehicle suspension and effectively improves the driving comfort. At the same time, it has considerable regeneration power. 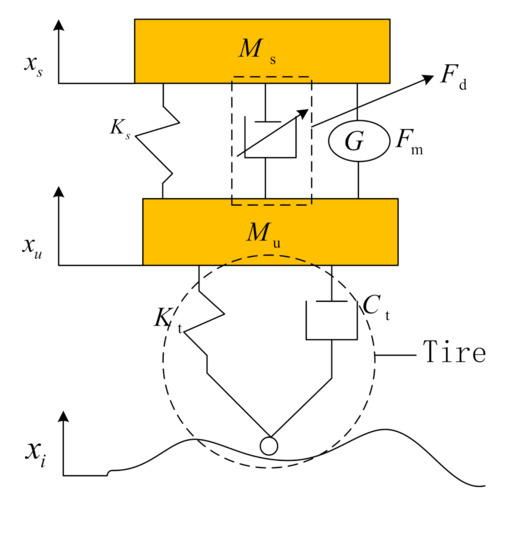 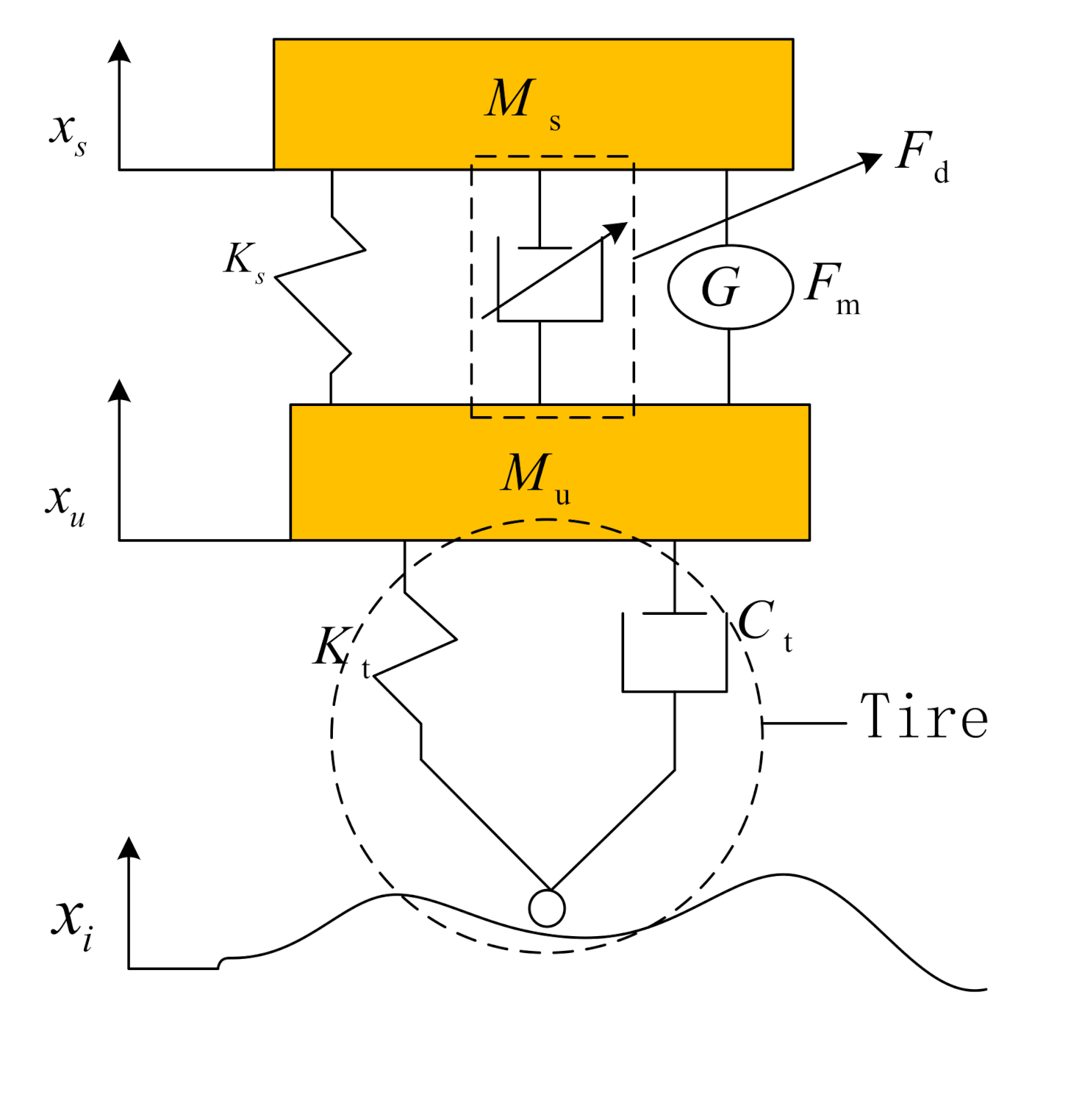 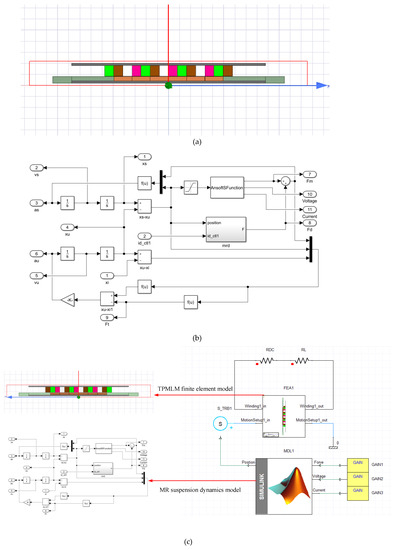 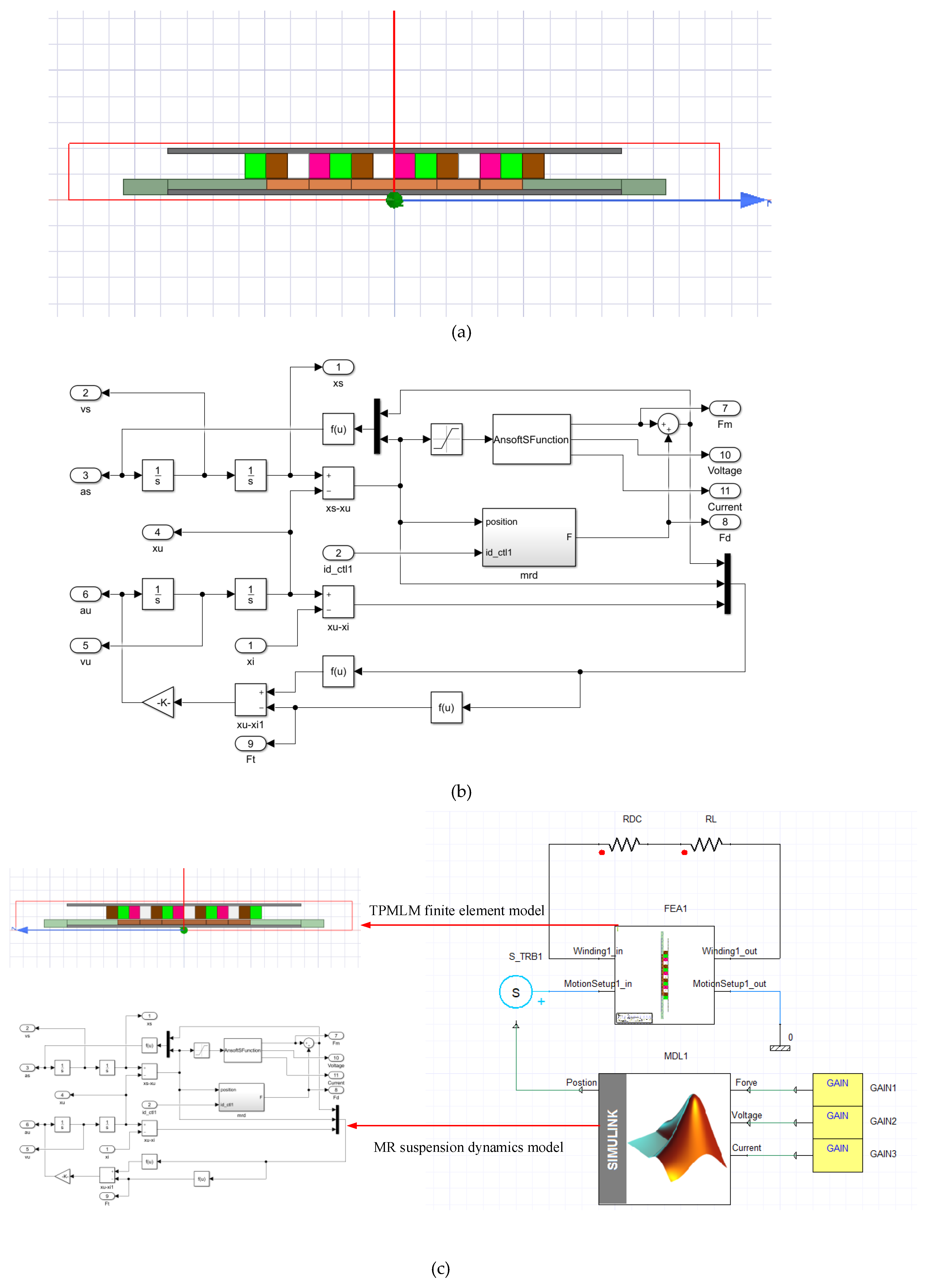 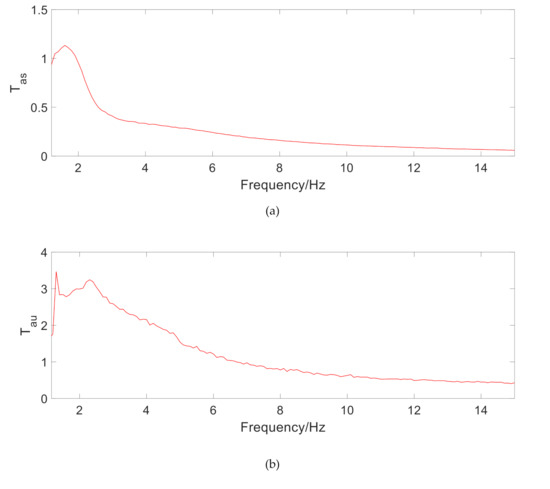 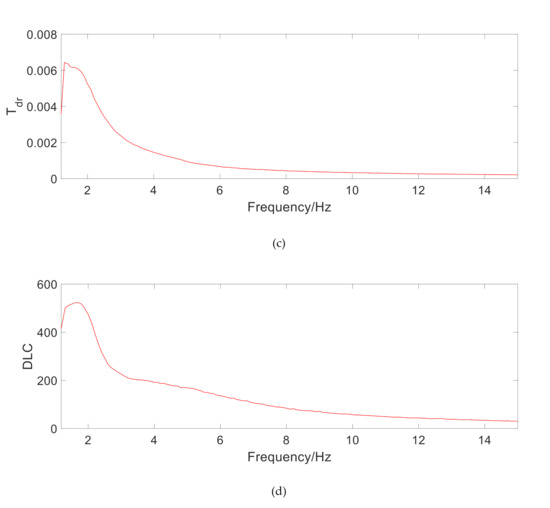 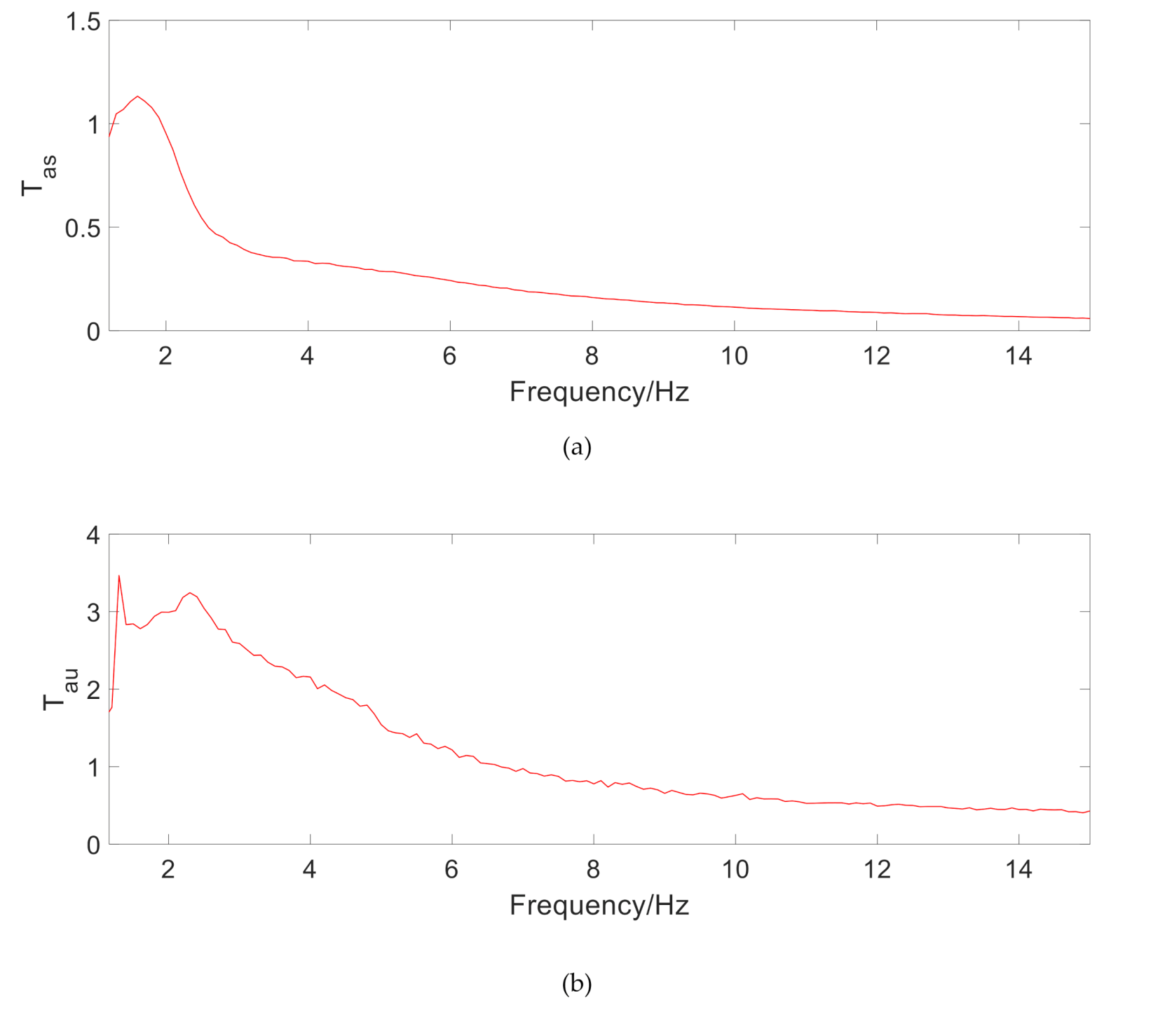 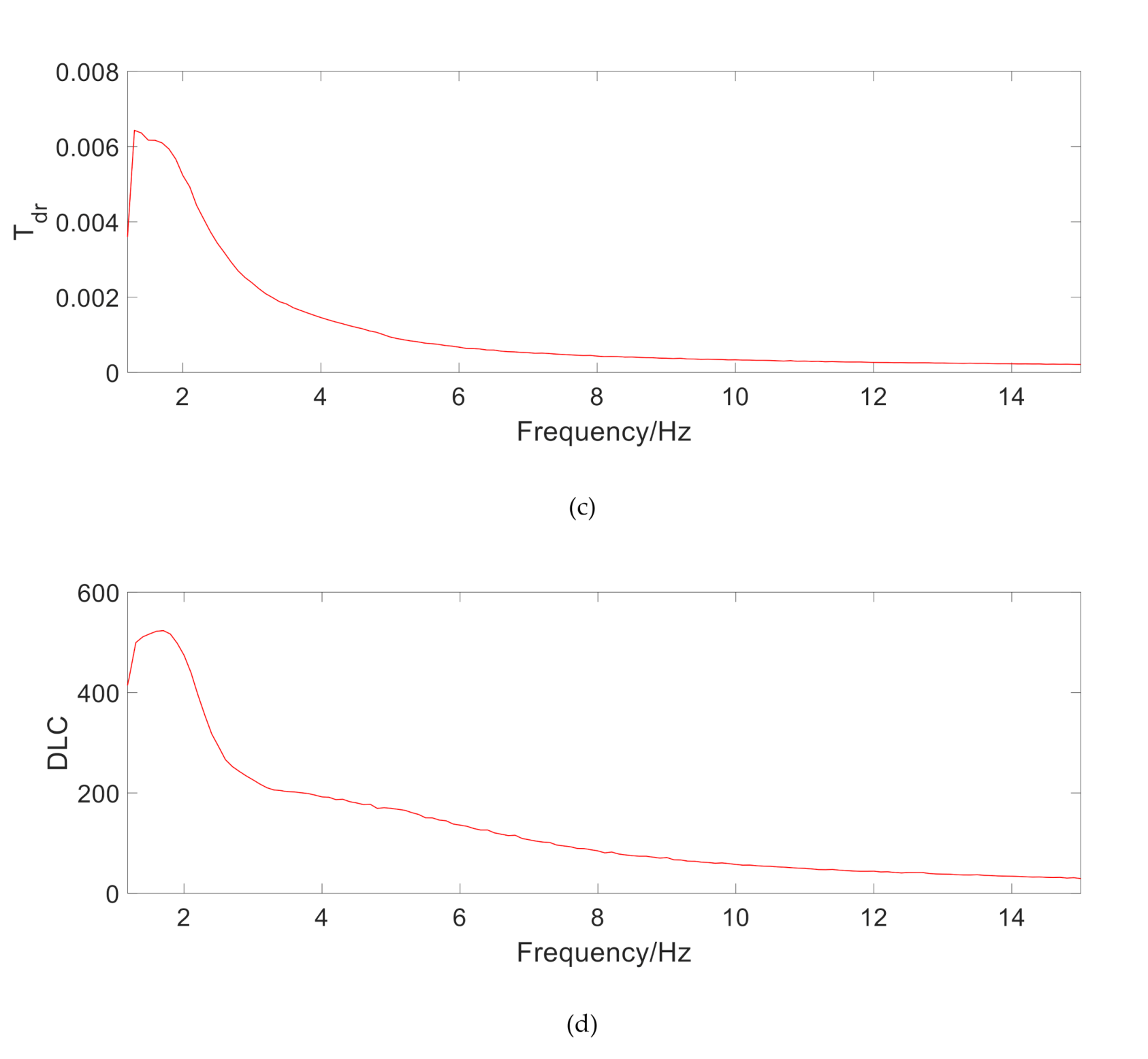 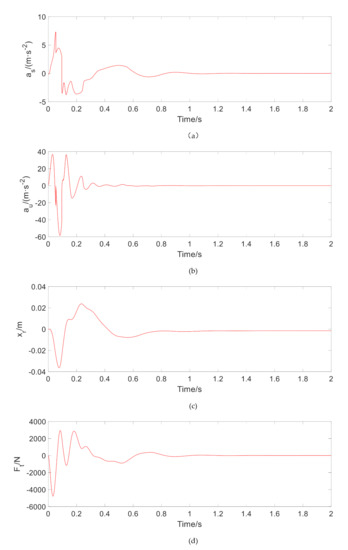 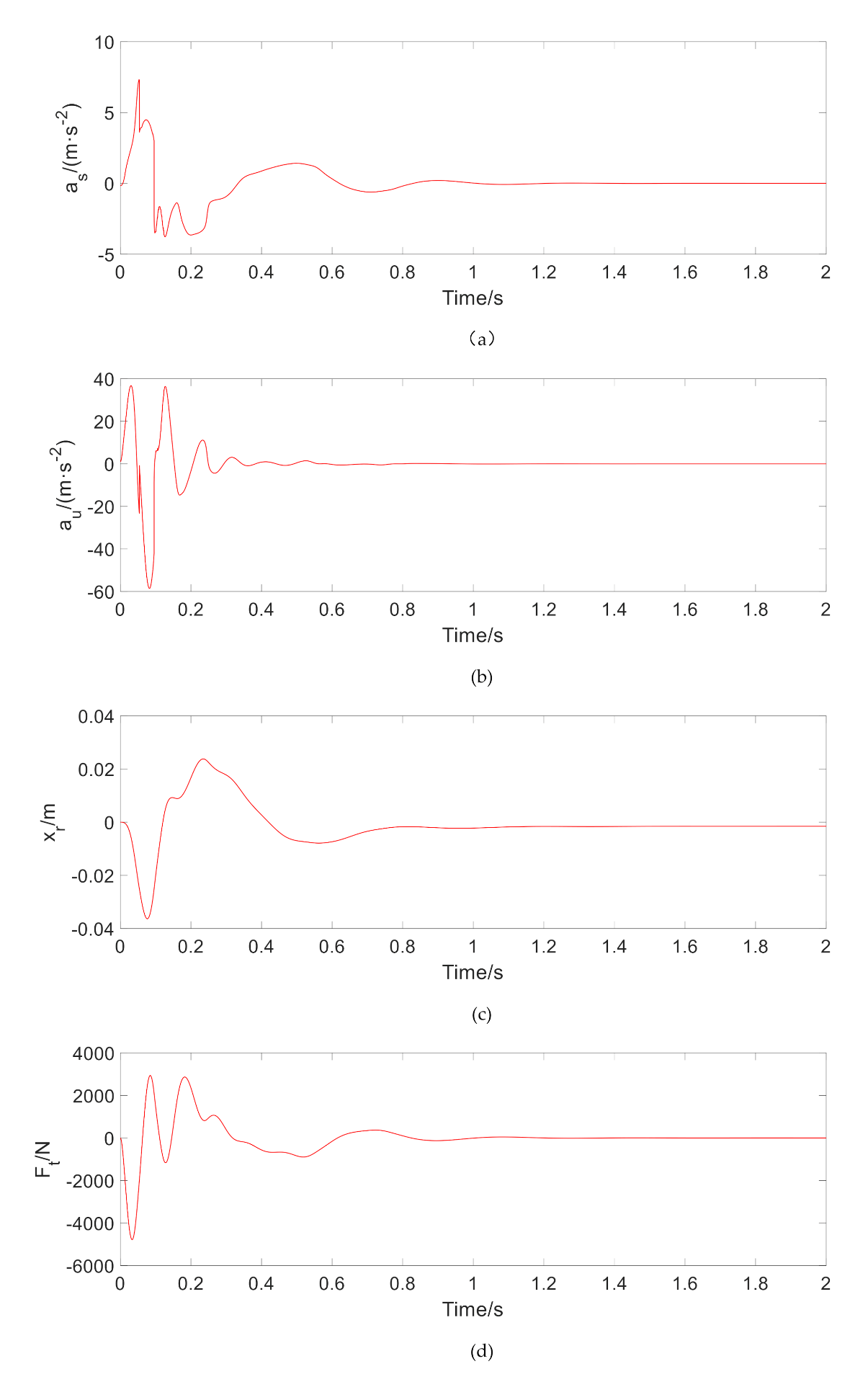 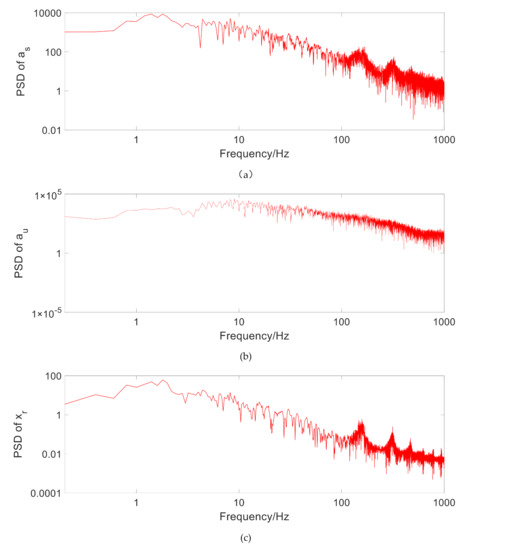 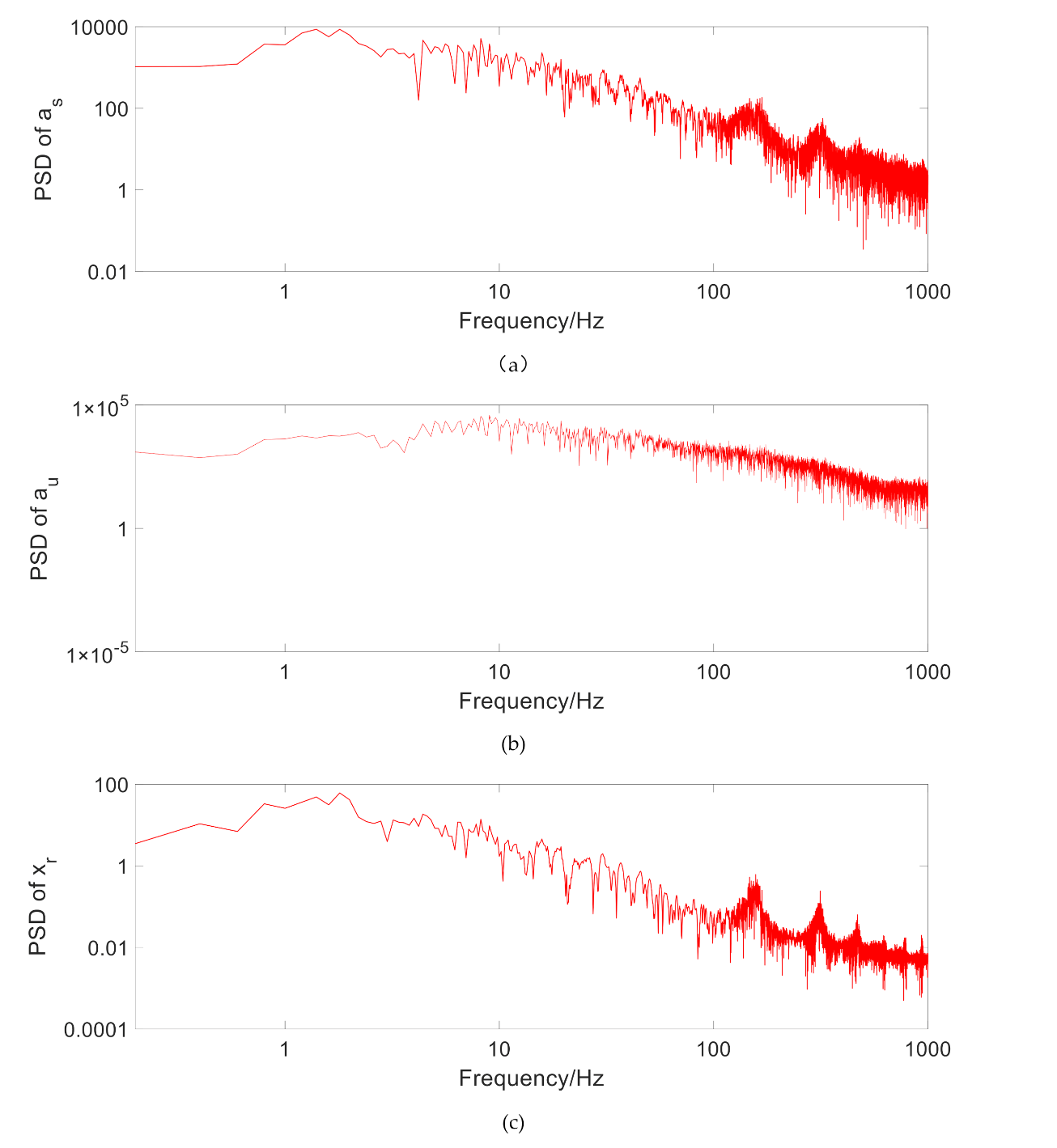 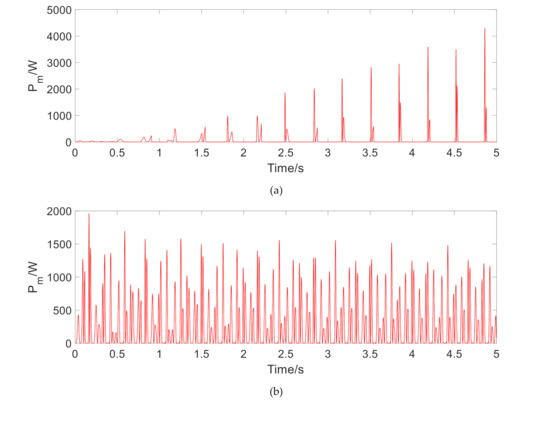 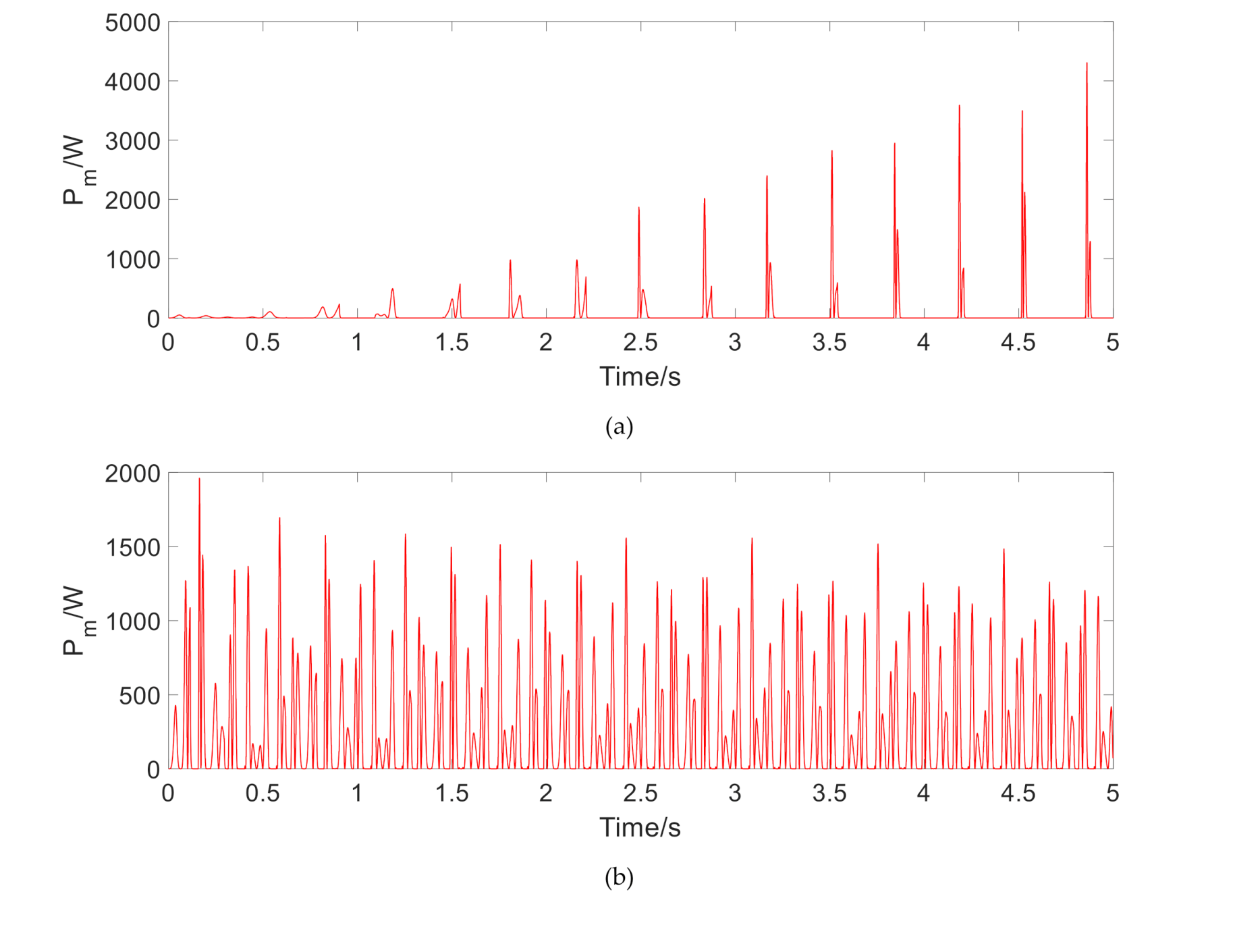 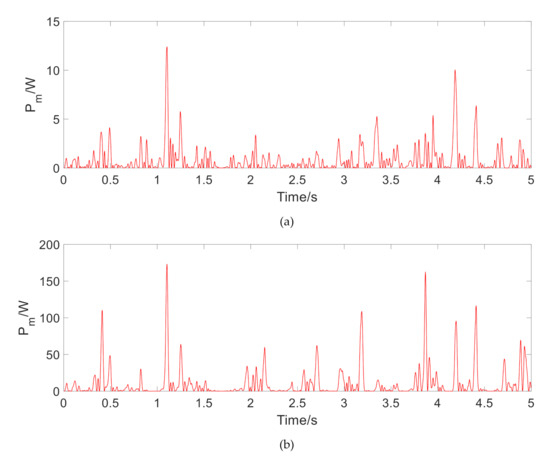 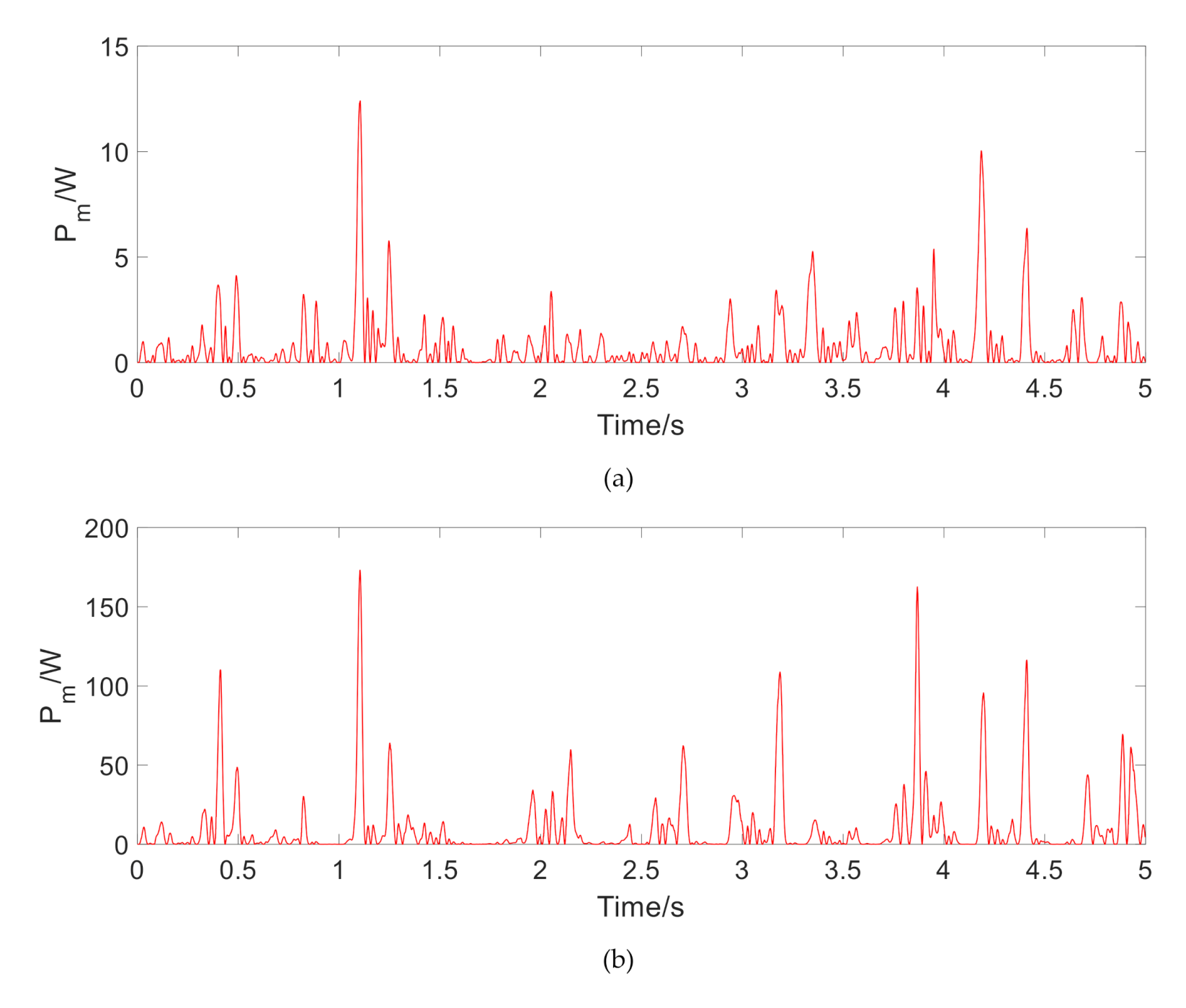