Optical Mapping in hiPSC-CM and Zebrafish to Resolve Cardiac Arrhythmias

A 68-year-old patient with triple vessel coronary artery disease was scheduled for elective coronary artery bypass grafting. Three days after the uneventful surgery, the patient went into cardiogenic shock, which was deemed to be caused by a dynamic left ventricular outflow tract obstruction and high-grade mitral regurgitation, which both had not been present before surgery. On an emergency basis, surgical transvalvular septal myectomy and mitral valve replacement were performed. After initial extra corporeal membrane oxygenation (ECMO) therapy and a prolonged (intensive care unit) ICU stay the patient finally recovered and is well one and a half years after surgery.
Keywords: CABG; septal blood flow; ventricular outflow tract CABG; septal blood flow; ventricular outflow tract

A 68-year old patient underwent elective CABG surgery with cardiopulmonary bypass (CPB). The left mammary artery was anastomosed to a diagonal branch and the left anterior descending in sequential fashion, saphenous venous grafts were anastomosed to an obtuse branch, to an intermediate branch, and to the right lateral branch. Intraoperative transesophageal echocardiography showed normal left ventricular function and an inconspicuous interventricular septum. Intraoperative transesophageal echocardiography did not show any abnormalities. Maximum postoperative creatinkinase (CK) was 564 U/L, maximum cardiac specific CK-MB was 58 U/L. The patient was extubated 4 h after arrival on the intensive care unit (ICU). On the morning of the second postoperative day, he was transferred to the regular ward, chest X-ray showed minor left-sided effusion but was otherwise normal. One day later, during the morning round, blood pressure was normal, CK-MB had further dropped to 23 U/L, body weight was 98 kg (vs. 89 kg before surgery), the urinary catheter was removed. Two hours later, he was found unconscious, pulseless and with cyanotic lips. CPR was started immediately, however the patient could not be stabilized. Veno-arterial extra corporeal membrane oxygenation (ECMO) was installed under ongoing CPR.
Instant cardiac catheterization revealed patent bypass grafts. At this stage, his left ventricular function was severely compromised. Treatment with the calcium sensitizer levosimendan was begun, under which regimen cardiac function improved, the patient awoke and was responsive so that veno-arterial ECMO was discontinued three days thereafter.
One day later, there was again severe circulatory depression requiring massive catecholamine support. At this stage, a transesophageal echocardiography revealed a severely thickened interventricular septum (Figure 1) with a gradient over 100 mmHg and a SAM phenomenon (Figure 2) with high-grade mitral insufficiency (Figure 3). Volume infusion did not change the SAM phenomenon. The combination of SAM and the hypertrophied septum was deemed responsible for the repetitive circulatory depressions. An indication for emergent surgery was made on an interdisciplinary basis.
On redo surgery the left ventricular outflow tract was only mildly thickened but looked blood-shot. Two muscle blocks each about 1 cm in width and length and 4–5 mm in depth were excised below the right coronary cusp of the aortic valve. The mitral valve had only minor myxomatoid changes. However, with the estimation that in this patient a definitive treatment would be the only chance to save his life, a decision for replacement of the valve was made (31 mm Epic, St. Jude, Medical).
At the end of surgery, left ventricular function was severely compromised, as was respiratory function. Therefore, a veno-arterial ECMO was again implanted via the left groin. Six days later, ECMO therapy could be terminated and a tracheostomy was performed. The following weeks consisted of a prolonged and dedicated ICU therapy with weaning from the respirator, multiple renal replacement therapy sessions, endoscopic treatment of a cholangitis. A sternal wound infection was diagnosed and treated with pre-sternal vacuum therapy. On echocardiographic examination, left ventricular function had now completely recovered, the pressure gradient over the interventricular septum was 5 mmHg.
Almost six weeks later, the tracheostoma could be removed. The patient’s neurological status was normal but he suffered from a profound loss of muscle strength. After intensive physiotherapy and mobilization on a peripheral ward, the patient was finally discharged from our hospital and referred to a cardiac rehabilitation program almost three months after the initial surgery in good physical and psychological condition. Almost a year and a half after surgery, the patient is back home and working on his physical fitness. The patients consent to publish his case was obtained, the local ethics committee had no concerns.

Dynamic hypertrophic left ventricular outflow tract obstruction in a patient with a previously normal interventricular septum has been described after myocardial infarction with apical hypokinesia and compensatory basal hyperkinesia [1]. Dynamic left ventricular outflow tract obstruction was also observed after percutaneous coronary intervention in a patient with hypovolemia from bleeding and a subsequently hyperdynamic left ventricle [2]. To our knowledge no such case of dynamic or reactive left ventricular hypertrophy and subsequent cardiogenic shock has been described for any patient after CABG.
From personal communication (Prof. Seggewiß, Würzburg, Germany) we are aware of a patient with coronary artery disease and a history of hypertrophic obstructive cardiomyopathy, in whom repetitive interventional treatment of the left anterior descending regularly increased the gradient over the interventricular septum, as determined echocardiographically. Increased blood flow to the septum after successful PCI’s was responsible for the increased pressure gradients over the interventricular septum.
In our patient, there was no such pressure gradient over the interventricular septum before surgery. Neither transthoracic preoperative echocardiography, nor intraoperative transesophageal echocardiography were suspicious in this regard. We may thus only speculate that improvement of blood supply to the septum by the mammary graft to the left anterior descending led to reactive thickening of the septum and the massively increased gradient and, in combination with SAM, high-grade mitral valve regurgitation which again caused repetitive cardiogenic shock.

We greatly appreciate the support by H. Seggewiß, Juliusspital, Würzburg, Germany relative to very helpful discussions after the echocardiographic diagnosis of the increased pressure gradients over the interventricular septum and concerning the pathophysiological background of the observed phenomenon. 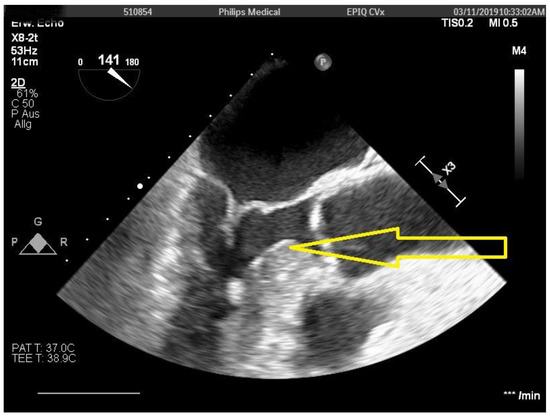 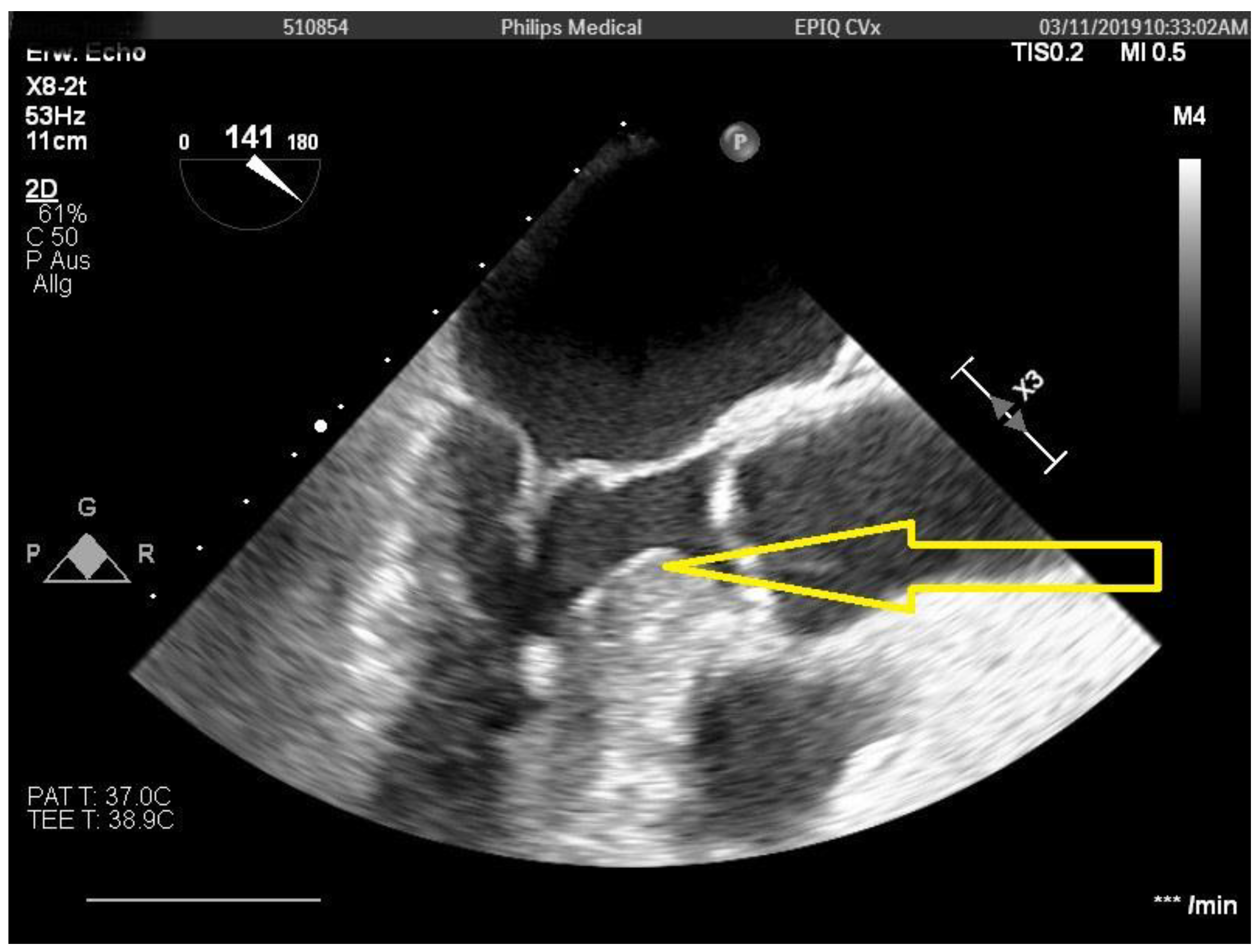 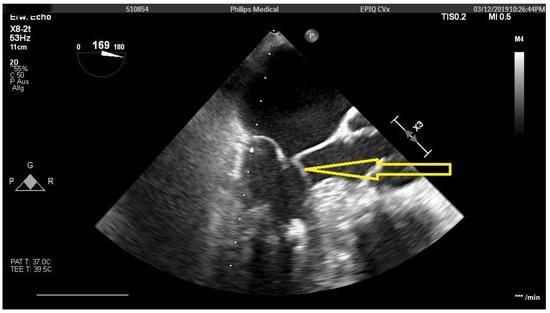 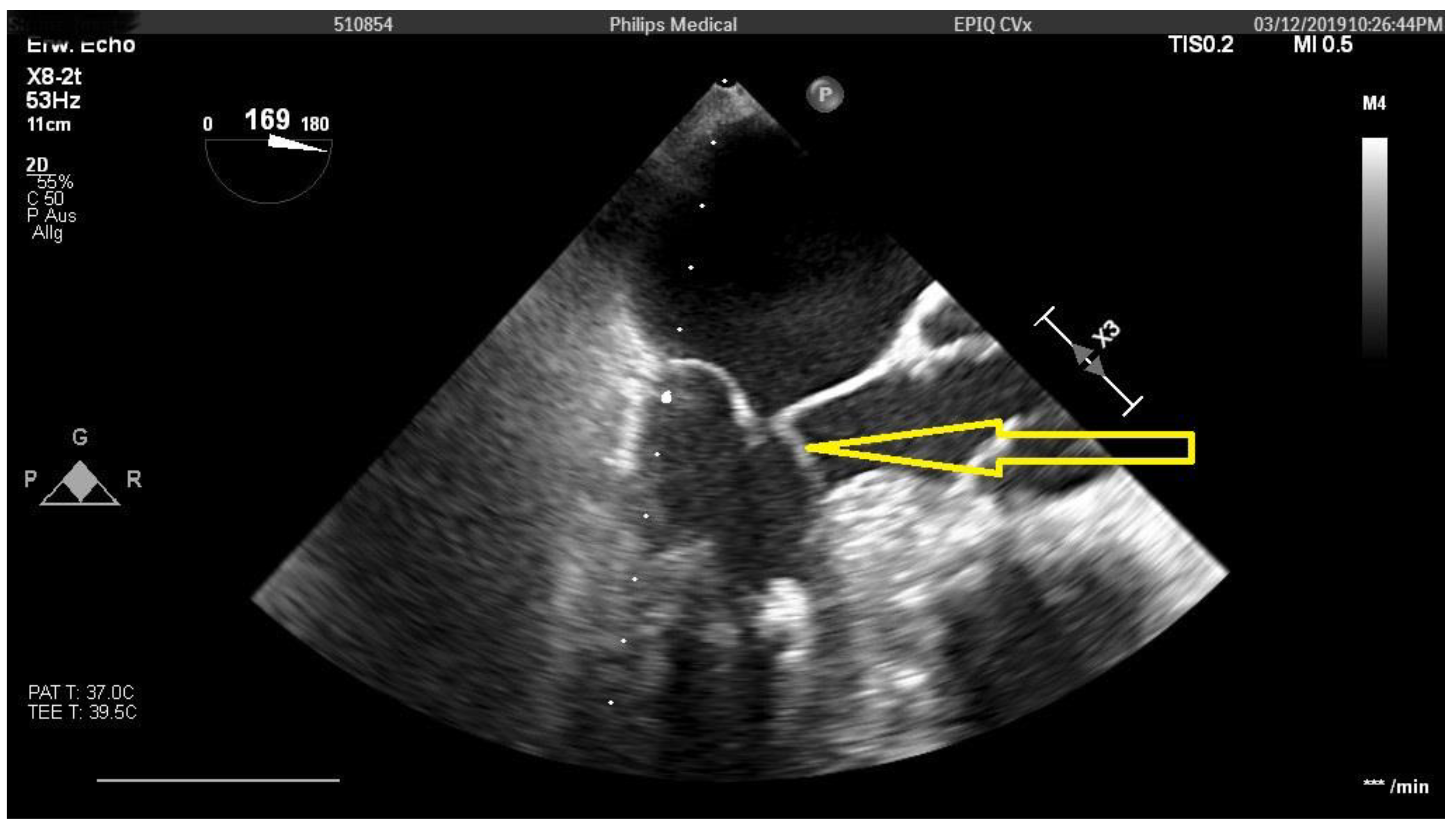 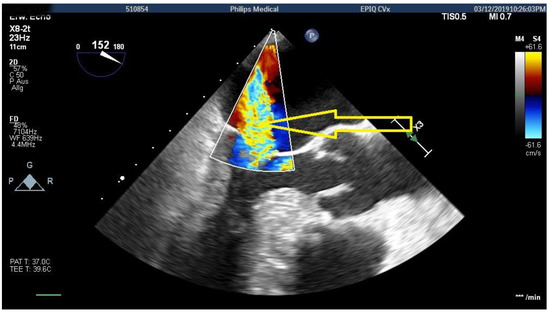 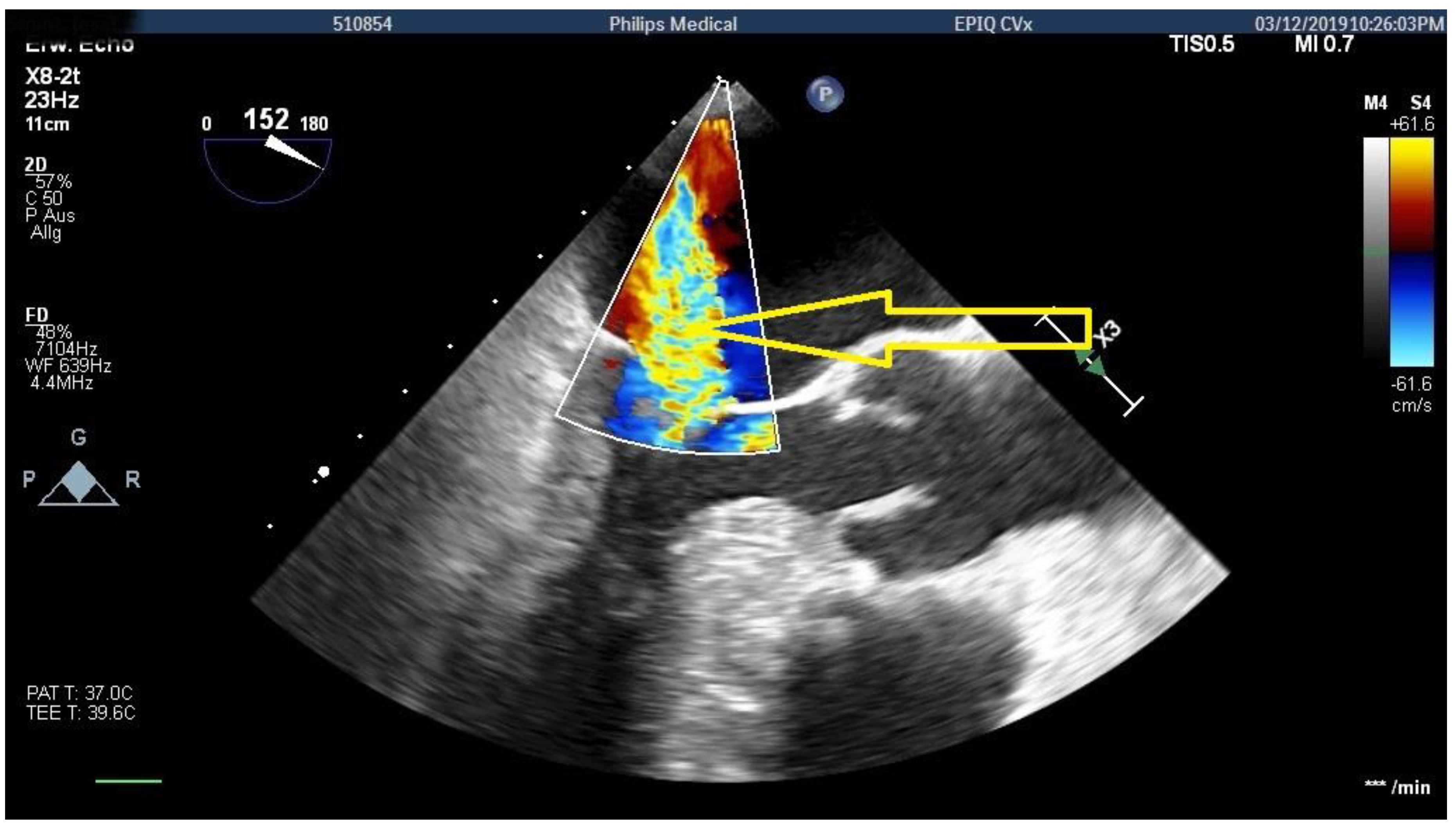