Evaluation of the Biocompatibility and Osteoconduction of the Carbon Nanotube, Chitosan and Hydroxyapatite Nanocomposite with or without Mesenchymal Stem Cells as a Scaffold for Bone Regeneration in Rats

Introduction: Osteoporotic fracture is a major public health burden worldwide, causing significant mortality and morbidity. Studies that have reported bone health in areas of high endemic fluorosis have commonly reported adverse skeletal, as well as dental effects. Vanuatu, sited in the Pacific, and never previously studied with regard to bone health, has six continuous degassing volcanoes on separate islands, resulting in a natural experiment for an ecological study of relationships between naturally occurring fluoride exposure and fracture incidence in paediatric populations. Methods: This ecological study recruited 1026 lifetime residents of the rural Vanuatu islands. A short questionnaire was administered detailing gender, age, and residential history. Participants were asked if they had broken a bone and, if so, were asked to mark its location on a questionnaire manikin. Dental fluorosis was assessed using Dean’s index. Community drinking-water samples were sampled for fluoride concentration. Results: The measured water fluoride concentration and recorded dental fluorosis displayed expected gradients from Aneityum (low) to Ambrym (high) (p < 0.001). The age of participants studied varied from 7.8 (SD 1.2) in Aneityum to 10.6 (3.7) in Lamap/Uliveo. The highest self-reported fracture rates were recorded in the area with medium fluoride levels (Lamap/Uliveo), where 14.9% of boys and 15.6% of girls sampled reported a fracture. In Ambrym, where the mean age of participants was similar, corresponding fracture rates were 4.5% and 2.6%. (p value for differences all < 0.05). Conclusions: Reports of fractures were common in children living in Vanuatu, but demonstrably higher in Lamap, the region with medium fluoride concentrations, rather than Ambrym which had very high rates of naturally occurring fluoride levels. Longer term studies that report validated fracture after peak bone mass acquisition are required. View Full-Text
Keywords: bone; fluoride; fracture; endemic; volcano; epidemiology bone; fluoride; fracture; endemic; volcano; epidemiology
►▼ Show Figures 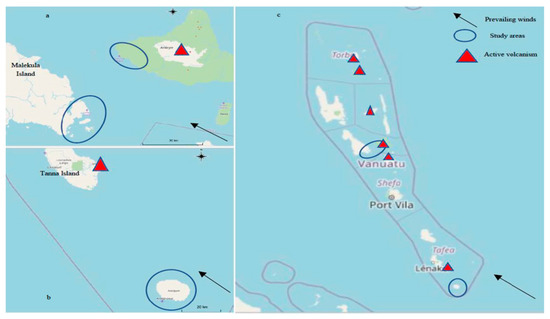