Molecular Detection and Genotyping of Enteric Protists in Asymptomatic Schoolchildren and Their Legal Guardians in Madrid, Spain 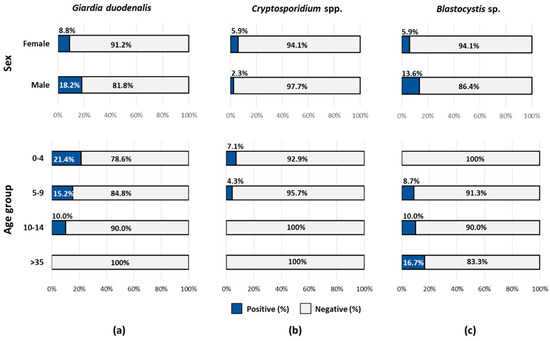