The combination of unmanned aerial vehicles (UAV) with deep learning models has the capacity to replace manned aircrafts for wildlife surveys. However, the scarcity of animals in the wild often leads to highly unbalanced, large datasets for which even a good detection method can return a large amount of false detections. Our objectives in this paper were to design a training method that would reduce training time, decrease the number of false positives and alleviate the fine-tuning effort of an image classifier in a context of animal surveys. We acquired two highly unbalanced datasets of deer images with a UAV and trained a Resnet-18 classifier using hard-negative mining and a series of recent techniques. Our method achieved sub-decimal false positive rates on two test sets (1 false positive per 19,162 and 213,312 negatives respectively), while training on small but relevant fractions of the data. The resulting training times were therefore significantly shorter than they would have been using the whole datasets. This high level of efficiency was achieved with little tuning effort and using simple techniques. We believe this parsimonious approach to dealing with highly unbalanced, large datasets could be particularly useful to projects with either limited resources or extremely large datasets. View Full-Text
Keywords: unmanned aerial vehicles; convolutional neural network; wildlife survey; remote sensing; deep learning; conservation; hard-negative mining unmanned aerial vehicles; convolutional neural network; wildlife survey; remote sensing; deep learning; conservation; hard-negative mining
►▼ Show Figures 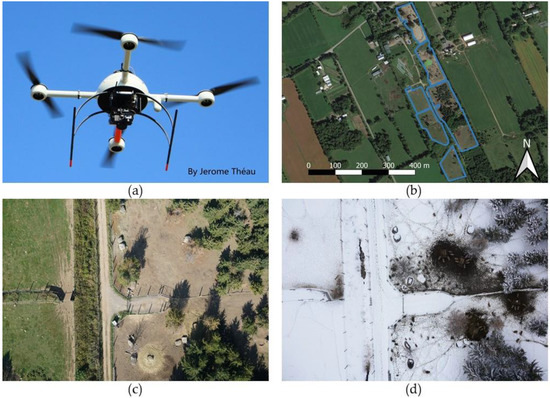