Clinical Efficacy and Safety of Antiviral Drugs in the Extended Use against COVID-19: What We Know So Far
Previous Article in Journal

Computational Chemistry to Repurposing Drugs for the Control of COVID-19

Thus far, in 2021, 219 countries with over 175 million people have been infected by severe acute respiratory syndrome coronavirus 2 (SARS-CoV-2). SARS-CoV-2 is a positive sense, single-stranded RNA virus, and is the causal agent for coronavirus disease (COVID-19). Due to the urgency of the situation, virtual screening as a computational modeling method offers a fast and effective modality of identifying drugs that may be effective against SARS-CoV-2. There has been an overwhelming abundance of molecular docking against SARS-CoV-2 in the last year. Due to the massive volume of computational studies, this systematic review has been created to evaluate and summarize the findings of existing studies. Herein, we report on computational articles of drugs which target, (1) viral protease, (2) Spike protein-ACE 2 interaction, (3) RNA-dependent RNA polymerase, and (4) other proteins and nonstructural proteins of SARS-CoV-2. Based on the studies presented, there are 55 identified natural or drug compounds with potential anti-viral activity. The next step is to show anti-viral activity in vitro and translation to determine effectiveness into human clinical trials.
Keywords: COVID-19; SARS-CoV-2; computational modeling; molecular docking; molecular dynamics; nonstructural proteins; docking score COVID-19; SARS-CoV-2; computational modeling; molecular docking; molecular dynamics; nonstructural proteins; docking score

Herein, the principles of review preparation [58] regarding the role of computational modeling, specifically virtual screening in drug development against SARS-CoV-2 virus, were followed. This review classifies the various natural and drug compounds docked against different ingredients of SARS-CoV-2 to aid in confusion avoidance, also introducing potential conformers to researchers and allow effective methods and investigations. Research publication databases Scopus, PubMed, Medline, Google Scholar and Embase were searched, up to the 9th of May and including 2021, using appropriate terms related to SARS-CoV-2 computational modeling. All of the identified papers were in the English language and were published in peer-reviewed journals. The terms for screening of the considered field of study contain a term for coronavirus (“SARS-CoV-2” OR “corona” OR “coronavirus” OR “COVID-19” OR “anti-COVID-19” OR “anti-coronavirus”), a term for describing the drug development (“drug” OR “anti-viral” OR “drug development” OR “drug repurposing”) and a term for describing computational modeling (“computational modeling” OR “molecular dynamics” OR “molecular docking” OR “virtual screening”). The papers that qualified according to review standards were selected and reviewed. The PRISMA flow diagram and respective information, including the total number of identified papers and those excluded at different stages, is shown in Figure 2.

Based on the pathogenesis of SARS-CoV-2, there are 6 steps in the viral process: entry, primary replication, spread, secondary replication, secondary viremia and reached target organs [24,59]. The virus at the ‘reached target organs’ stage disrupts the organs and causes severe complications.
Inclusion criteria included papers that used computational studies with the following targets of SARS-CoV-2, (1) the main protease, (2) the spike protein-ACE2 interface, (3) RNA-dependent RNA polymerase (RdRp) and (4) other proteins and non-structural proteins of SARS-CoV-2. Exclusion criteria at the screening step included: non peer-reviewed, non-computational, review papers and statistical epidemiology. Following the research paper identification step, all abstracts were screened, and 329 papers were excluded at this screening step. After abstract screening at the identification stage, 483 papers were screened as full text, and 154 papers were found to be eligible for selection.

The crystal structure of main protease and Papain Like protease can provide a basis for computational modeling and drug development [60]. The x-ray structure of main protease of SARS-CoV-2 and also the complex of main protease with an α-ketoamide inhibitor is reported [45]. As the first step, a peptidomimetic α-ketoamides of alphacoronavirus main protease were designed and synthesized [61]. At the next step, by incorporating the P3–P2 amide bond into a pyridine ring, the compound half-life in the plasma is enhanced [45]. The main function of the protease is to break up the polyproteins into non-structural proteins (Nsp) [62]. In the endoplasmic reticulum of the host cell, Nsps assemble and produce membranes as viral RNA synthesis sites [63]. Although the viral replication process is unquestionable [64], their defined role in viral replication is not clear [65,66]. Data on viral proteases can lead to a greater understanding of viral cleavage mechanisms [67], which is why they have been considered for computational modeling studies. Thus far, 33 molecular docking studies on the ligand-proteases docking by different sampling algorithms and scoring functions have been reported (Table 1); and for each study, promising candidate ligands, which are chosen based on the molecular docking and validated docking results by molecular dynamics simulation, are reported.

The Spike protein plays a key role in viral entry into host cells and in the pathogenesis of COVID-19. SARS-CoV-2 enters host cells by binding to ACE2 receptors [15,16,19,20]. At first, it was believed that ACE2 was an angiotensin conversion catalyzer in the endothelial cells of the kidney and heart [101,102]. Subsequently, however, the function of ACE2 in binding to SARS-CoV was discovered [103]. ACE2 can transport amino acids, whilst also serving as an important receptor for catalytic activities within the Coronaviridae family [15,104]. There are 380 amino acid differences between SARS-CoV and SARS-CoV-2, of which 5 amino acids are different between Spike protein-ACE2 binding interface [105]. As the Spike protein is regarded as a golden key at the viral entry stage, this protein has become a main target for drug repurposing. Both SARS-CoV-2 and SARS-CoV bind to ACE2 as a cell receptor and their binding mode is almost identical [106,107]. The crystal structure of Spike protein—ACE2 complex was crucial in identifying key amino acids in the interaction [46]. As a result, 13 computational studies have been published in the last three months (Table 2), screening for drugs and compounds, in order to block the ACE2 or the S protein–ACE2 complex.

RNA-dependent RNA polymerase (RdRp) is an enzyme that functions as a catalyzer in the RNA replication process within a virus life cycle [119]. In SARS-CoV-2, the non-structural protein 12 (Nsp12) is known as RdRp, and is associated with the non-structural protein 7 (Nsp7) and non-structural protein 8 (Nsp8), thus playing a key role in SARS-CoV-2 virus replication [120]. The structure of Nsp12 was demonstrated via cryo-electron microscopy [47]. It was noted that Nsp12 in SARS-CoV and SARS-CoV-2 possesses structural homology [121]. Remdesivir, Favipiravir and Ribavirin were shown to be potential drug candidates targeting RdRp protein [122]. Currently, there are five molecular docking against on RdRp and nucleocapsid protein as targets for drug screening (Table 3). Effects of anti-hepatitis C virus inhibitors on RdRp were investigated by Abdo Elifiky [123]. Through molecular dynamic and docking simulations, the binding energy of approved drugs and those against MERS and SARS-CoV were calculated and compared. As a result, Remdesivir, IDX-184, Sofosbuvir and Ribavitin are considered as potent drugs against SARS-CoV-2 [123]. Additionally, by molecular docking simulations, Tenofovir and Golidesivir were added to the list of anti-RdRp drug candidates [124].

3.4. Other Proteins and Nonstructural Proteins of SARS-CoV-2

In relation to other proteins of SARS-CoV-2 including Nucleocapsid (N) protein, Envelope (E) protein and Membrane (M) protein and nonstructural proteins including Nsp7, Nsp8, Nsp10, Nsp13, Nsp14, Nsp15 and Nsp16, there have been nine computational studies published thus far that pass through our criteria. Among the 16 Nsps, Endoribonuclease (Nsp15) is considered the main viral interferon antagonist [128] and plays an important role in RNA processing [129]. The catalytic site of Nsp15 contains one lysine residue and two histidine residues and is structurally similar with RNase A [130,131]. By computational modelling on Nsp1, 2300 FDA approved drugs were repurposed, and Edoxudine and Remdesivir were identified as potential drugs. In addition, some natural small molecules including Glycyrrhizic acid, Gingeronone and Galangan were found to be promising candidates against Nsp1 [132]. With respect to virtual ligand screening and molecular docking studies of drugs against Nucleocapsid protein [133], 8987 drugs from PubChem and Asinex databases were assessed. According to calculated free binding energies, three drugs were noted to have stability during their interaction with SARS-CoV-2; Zidovudine from PubChem and 6799 and 5817 from Asinex databases. In other studies, 56,079 compounds from the Maybridge library and Asinex database and screened by virtual ligand binding followed by molecular dynamics, two binders, ZINC0000146942 and ZINC00003118440 were identified as inhibitors of the N-terminal domain of the N protein (Table 4) [134]. Additionally, two research studies investigated the Envelope (E) protein of SARS-CoV-2. Gupt et al. [24] studied the effects of phytochemicals on SARS-CoV-2 through the ion channels of E protein. It is concluded that Val25 and Phe26 amino acids can be effected by Vibsanol B and Macaflavanone E. In the Borkotohy study [135], the effects of 70 Indian plant compounds on membrane and envelope proteins were studied by GROMACS software, based on GROMOS 96-43a1 force field for 200 ns time period.

The year 2020 opened with an emerging threat to world health—the coronavirus outbreak. Genomic research suggested that SARS-CoV-2 was transmitted from bats, possibly via pangolins, to humans. Due to the complex nature of COVID-19 epidemiology and virology, there are still many unanswered questions. Discovering therapeutic anti-viral agents is currently the main focus due to the prevalence and rapid spread of the virus, as well as its relatively high death rate. In this critical situation, computational modeling, specifically virtual screening, offers the fastest, cheapest, and most effective method for discovering effective drugs. Based on the studies presented, there are almost 55 identified natural and drug compounds with potential anti-viral activity. However, much research is still required for their effectiveness in human clinical trials.

V.A. would like to thank the place-based planetary health grant PH098 for their support. V.A. would also like to thank The Pappas Family, the Greek Orthodox Archdiocese of Australia and the Victoria University vaccine appeal, whose generous philanthropic support made possible the preparation of this paper. The authors would also like to thank the Immunology and Translational Research Group for their significant contribution. The Mechanisms and Interventions in Health and Disease Program within the Institute for Health and Sport, Victoria University Australia are also appreciated for their support. M.K.H. and A.H. were supported by Victoria University Postgraduate Scholarships and M.K.H. was also supported by the Vice-Chancellors top-up Scholarship Award. 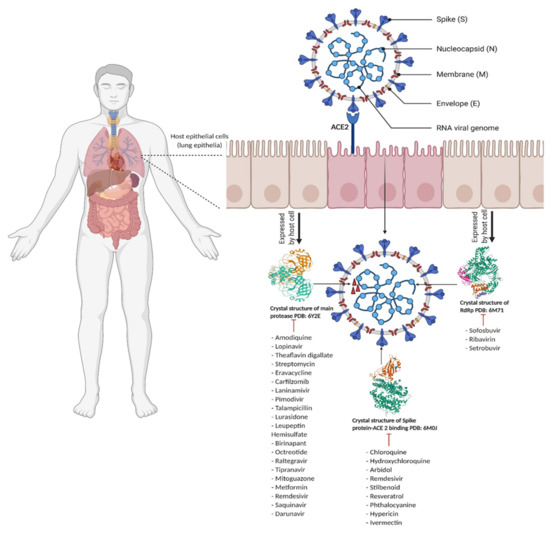 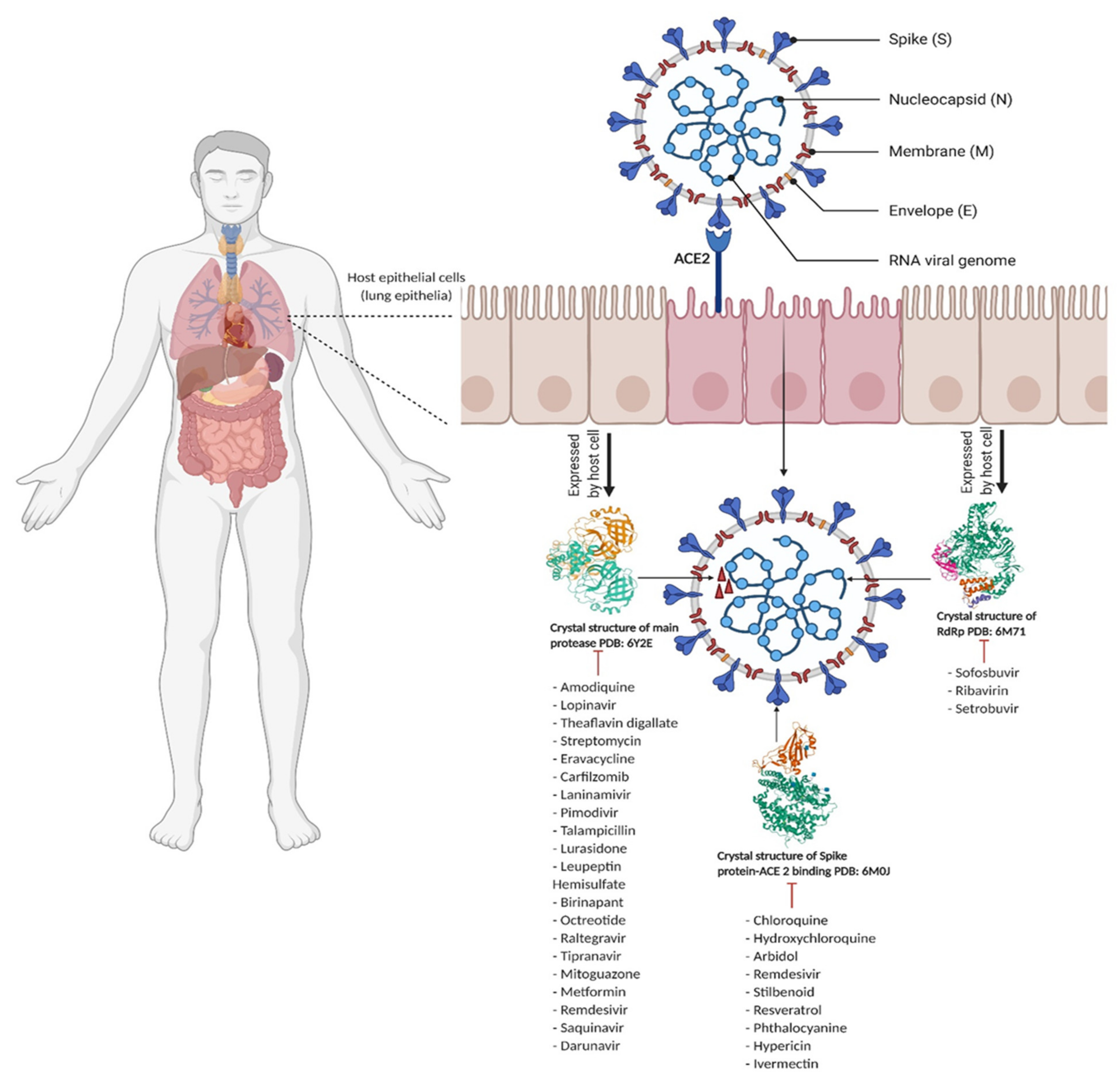 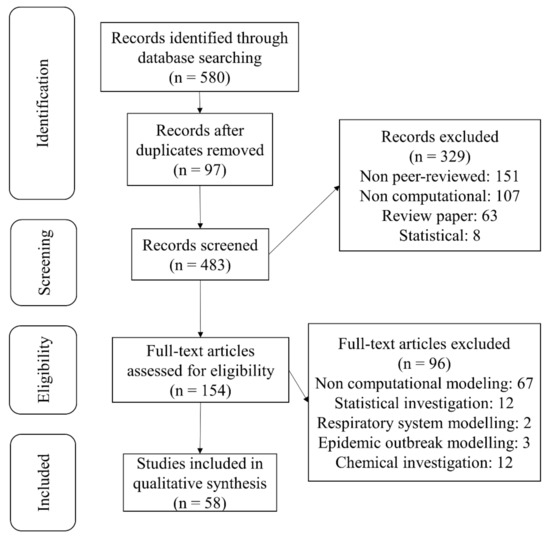 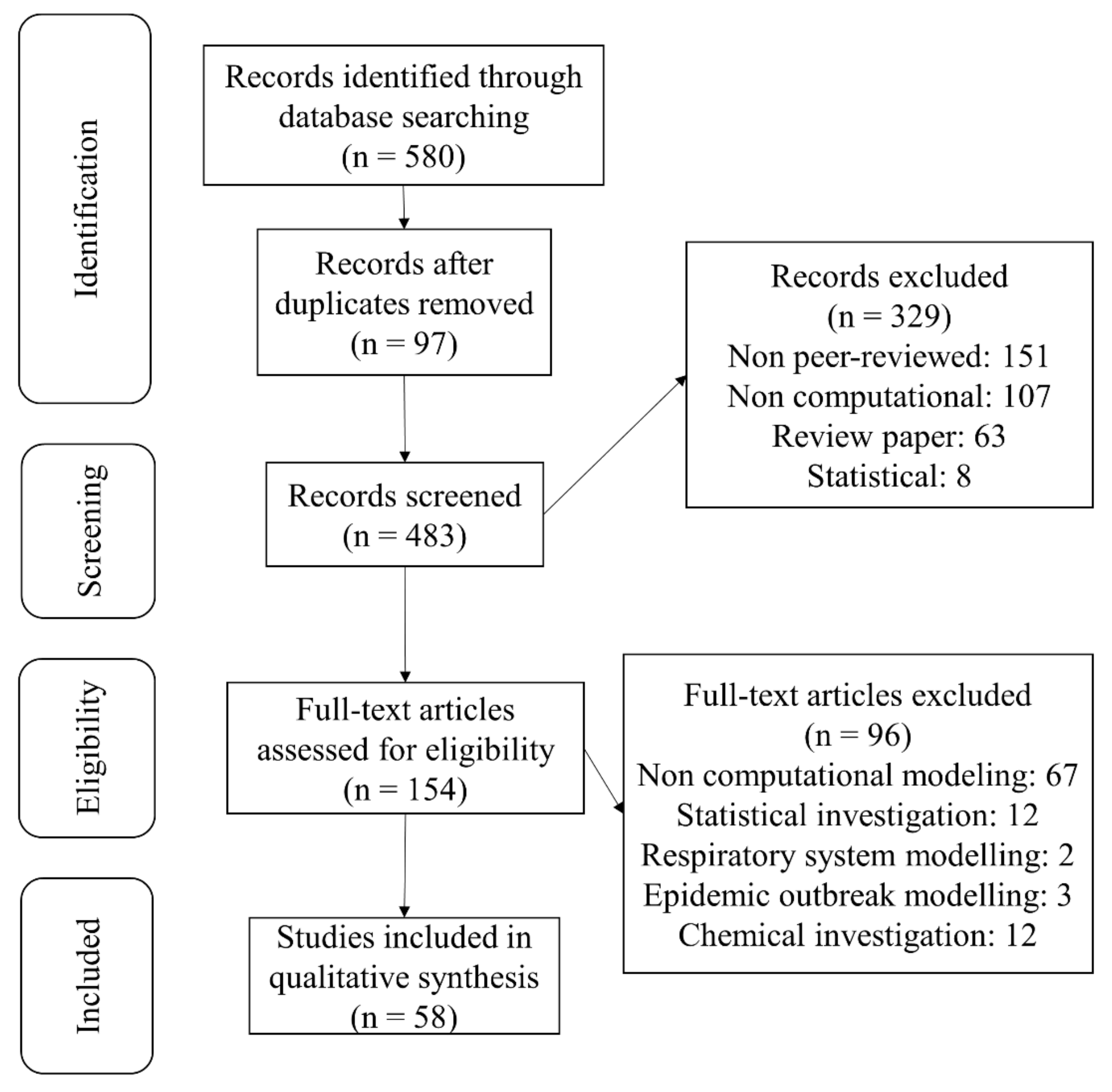