The Pre-Metaphase Stretch: A Re-Examination

In 1937, C.D. Darlington noted in his influential book, Recent Advances in Cytology, that chromosome condensation begins in early prophase and reaches its maximum state in late prophase [1]. The student experience in the biology classroom builds on this early description of events. Many students at many levels of education are taught that chromosomes condense, congress, and segregate into daughter cells, with chromosome condensation happening in prophase, and chromosomes remaining condensed until they decondense in telophase. A number of excellent recent publications reveal that the condensation process is not a uniform event in which chromosomes go directly from an uncondensed state to a fully condensed state, but that chromosomes continue condensing from prophase through late anaphase [2]. Some systems appear to have an even more complex variation of chromosome architecture, undergoing cycles of chromatin expansion and contraction through prophase and prometaphase [3]. These recent, interesting works on chromosome structure and condensation were foreshadowed by the description by Sally Hughes-Schrader of a phenomenon she and others observed when looking at chromosomes in meiotic divisions, and which Hughes-Schrader called the pre-metaphase stretch [4]. In this review, we survey historical and more recent publications that illuminate the phenomenon described by Hughes-Schrader.

2. Chromosomes in Meiosis and Mitosis

4. The Spindle and Kinetochores in Prometaphase

6. Stretch between Kinetochores in Mitosis, Meiosis II, and the Pre-Metaphase Stretch

7. A Possible Explanation for the Pre-Metaphase Stretch

We propose that condensin I is present in the cytoplasm of prophase I cells in systems with pre-metaphase stretch, as has also been observed in mitotic cells and Drosophila melanogaster spermatocytes (condensin II, if all components exist, is associated with prophase I chromosomes in the nucleus). To explain the extreme stretching of chromosomes in systems with pre-metaphase stretch, we argue that bivalents in these systems take up condensin I very slowly. Because the uptake of condensin I is slow, the bivalents are flexible and elastic right after nuclear envelope breakdown, and can be stretched in early prometaphase I. Stretching happens when bivalents form initial bipolar attachments. This elasticity is likely to be adaptive and beneficial, in that it allows bivalents, with their large bulk of chromatin between kinetochores, to explore different orientations on the spindle and aiding in subsequent formation of correct, bipolar attachment. During stretching, chromosome attachment, and congression, condensin I concentrations increase on the bivalents. The increase in condensin I concentration may also be associated with localization of the chromokinesin KIF4A to the bivalent and both could aid in congression. Increased condensin I concentrations make bivalents more rigid and also leads to compaction of the metaphase I bivalent, which then aids in maintaining correct bipolar attachments.

Kinetochore forces are likely to be one important contributor to the pre-metaphase stretch. Changes in chromosome architecture are likely another. Systems in which pre-metaphase stretching occurs, because of the easily visible changes in inter-kinetochore distance over prometaphase I and because of the extended length of prometaphase I, are ideal candidates for future studies, teasing out the role of chromosome architecture and spindle attachments in chromosome compaction and behavior during prometaphase. 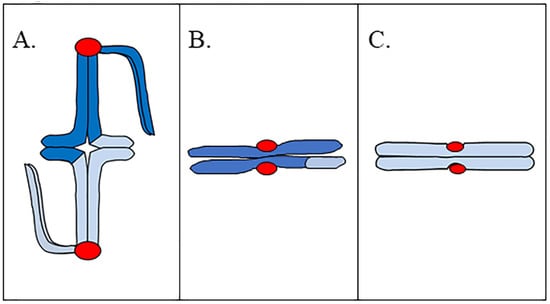 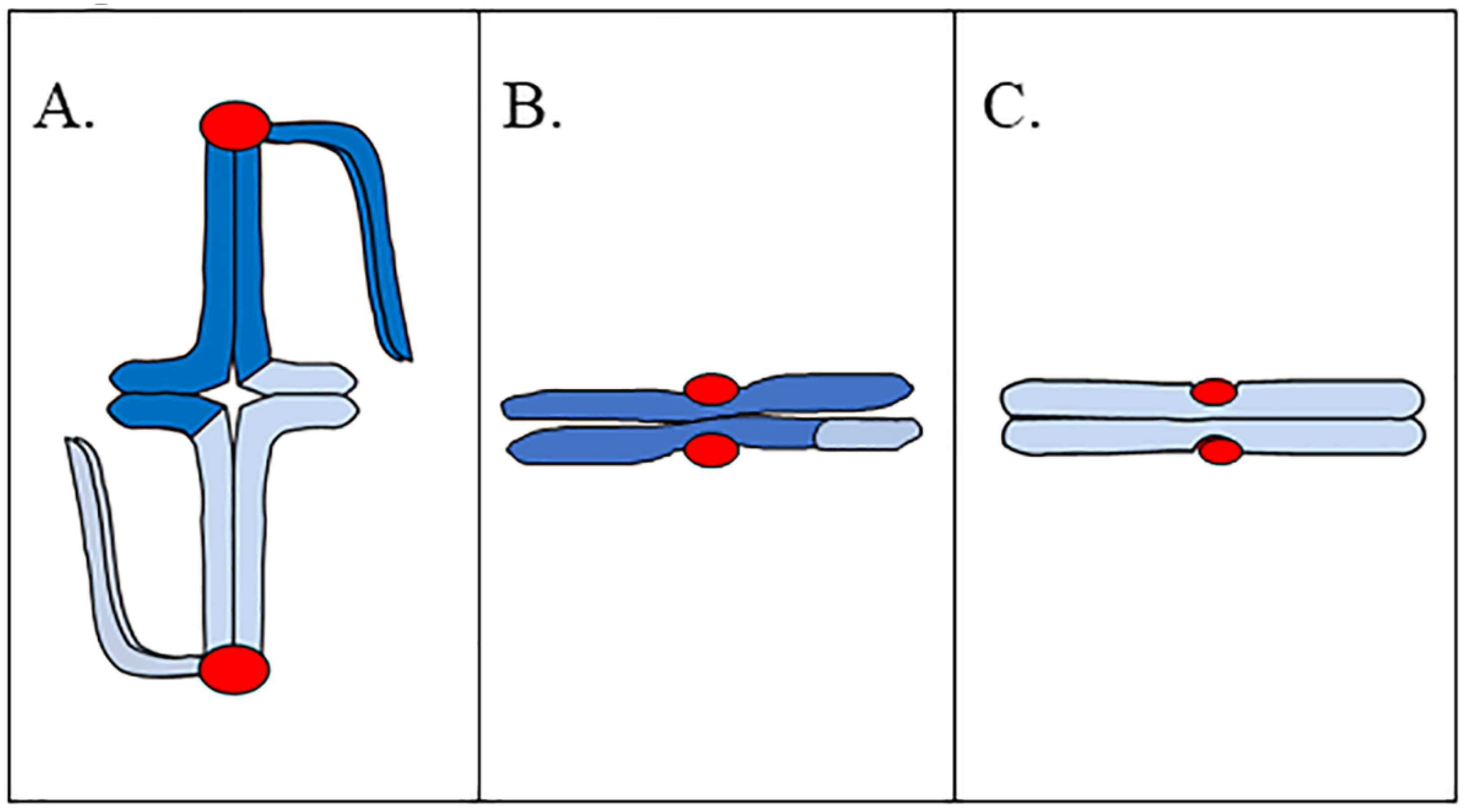 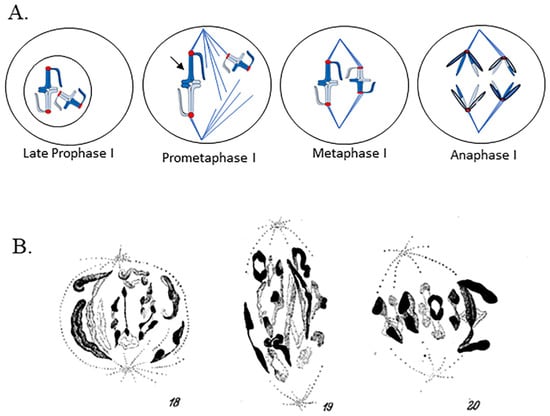 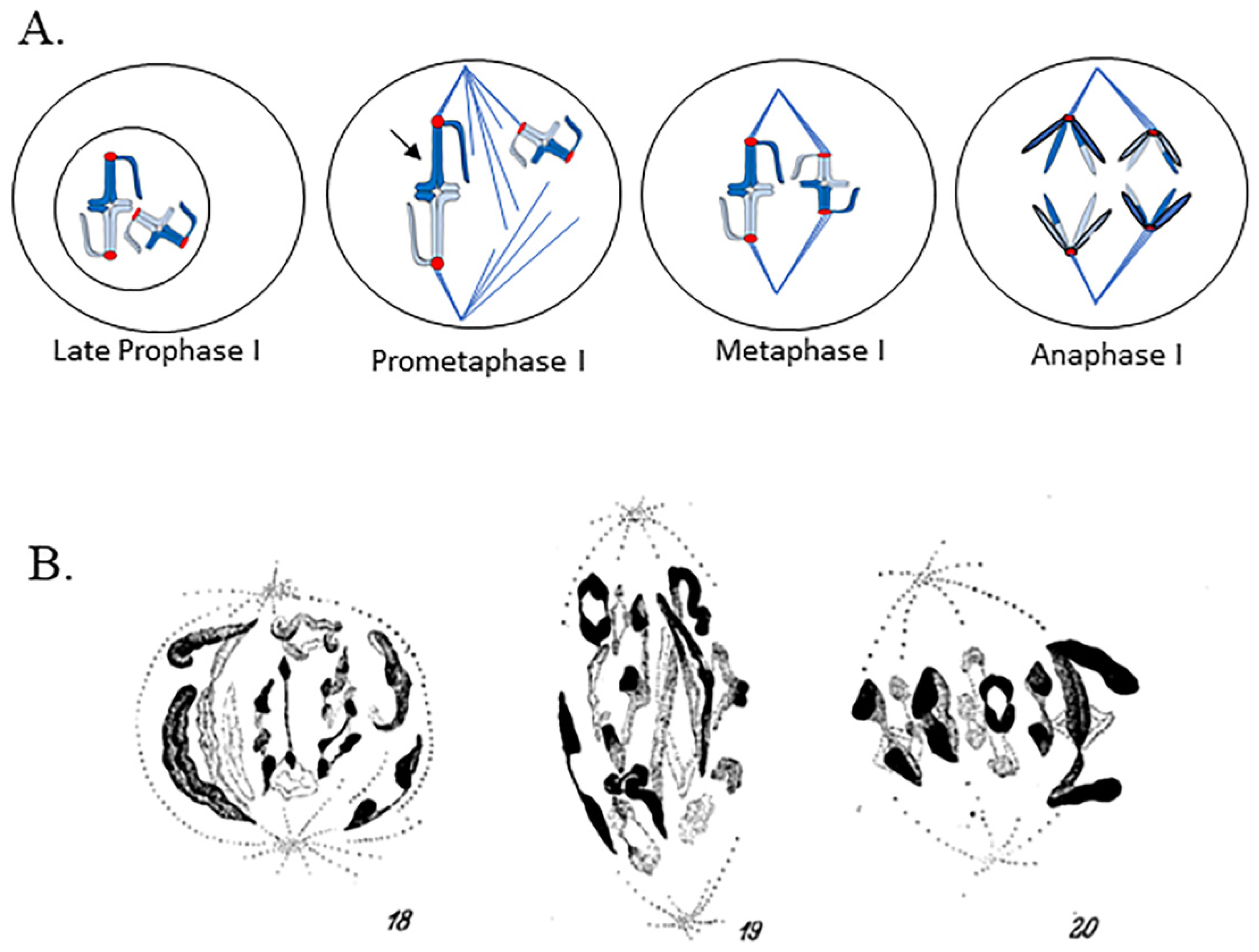