The Story of My Face: How Environmental Stewards Perceive Stigmatization (Re)produced By Discourse

The story of my face intertwines concepts of social semiotics and discourse analysis to explore how a simple type of printed media (flyer) can generate stigmatization of informal recyclers, known as binners in Western Canada. Every day, media exposes humans to signifiers (e.g., words, photographs, cartoons) that appear to be trivial but influence how we perceive their meaning. Amongst the signifiers frequently found in the media, the word “scavengers”, has been used to refer to autonomous recyclers. Specific discourse has the potential to promote and perpetuate discrimination against the individuals who deal with selective collection of recyclables and decrease the value of their work. Their work is valuable because it generates income for recyclers, recovers resources and improves overall environmental health. In this context, the present qualitative study draws on data collected with binners during research conducted in the city of Victoria, in British Columbia. First we analyze a dialogue between binners from a participatory video workshop, to explore their perceptions of the stigma they suffer. Second we use a flyer produced by the local government alerting against scavenging to illustrate how the content (i.e., structural organization [text and images] in which they are embedded work together to mediate stigmatization against recyclers. Third, we analyze videotaped data from a panel discussion with local government, the local community, and binners on inclusive waste management, to uncover different negative perceptions of binners. In our study we look at the official discourse that marginalizes informal recyclers and creates social injustices. We illustrate how the recyclers perceive stigma and suggest that marginalization could be overcome by reiterating the image of environmental stewards instead of scavengers. View Full-Text
Keywords: social semiotics; discourse analysis; stigmatization; informal recycling; binning social semiotics; discourse analysis; stigmatization; informal recycling; binning
►▼ Show Figures 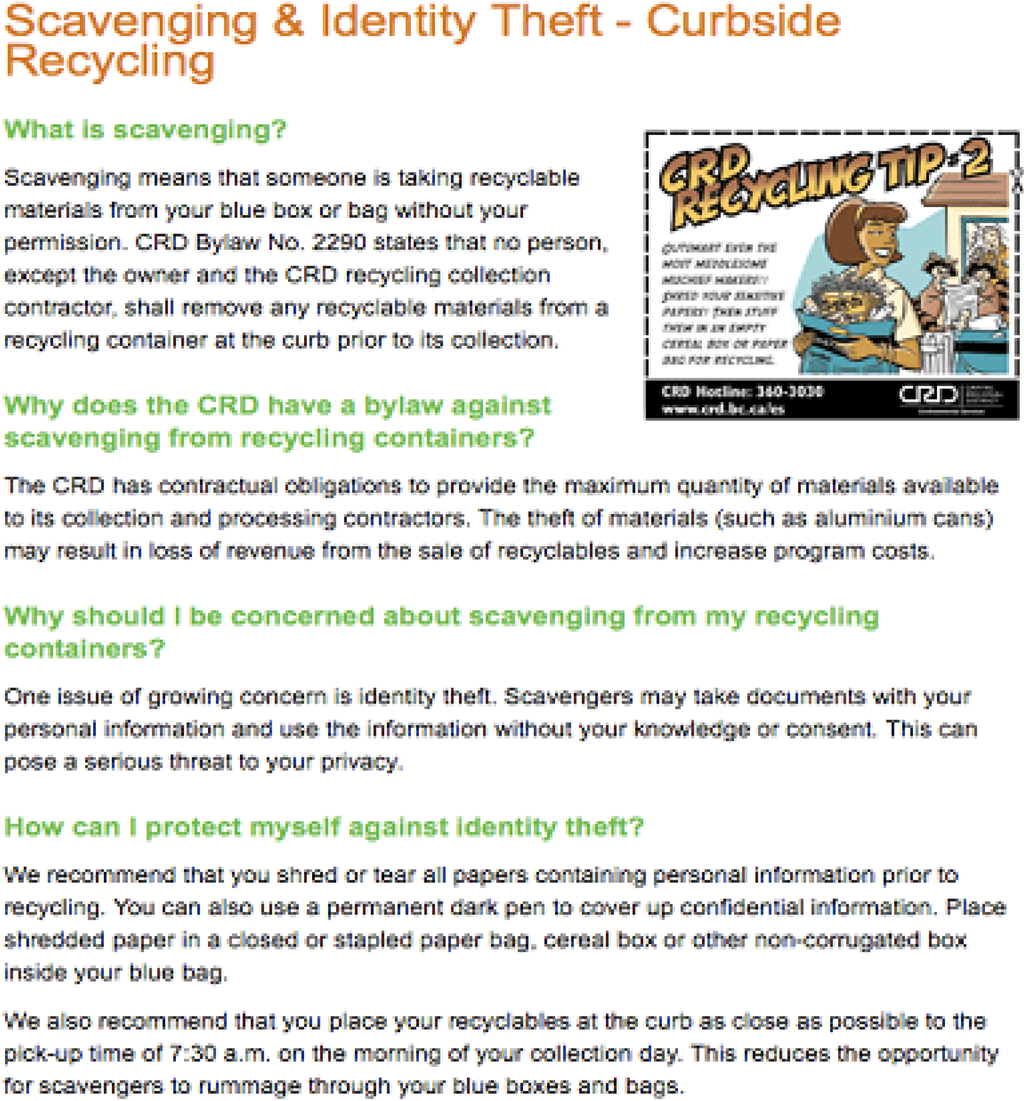