Antibiotic resistance is a global threat to public health, further accelerated by the misuse of antibiotics in humans and animals. Our recent studies have shown that gut bacteria of animals living in polluted environments are a potential source of antibacterials. Gut bacteria of cockroaches, water monitor lizards and the turtle exhibited molecules such as curcumenol, docosanedioic acid, N-acyl-homoserine lactone, L-homotyrosine and Di-rhamnolipids. Using purified compounds, assays were performed to determine their antibacterial properties using serial dilution method, cytotoxic effects using lactate dehydrogenase release, and cell viability using MTT assay. The results revealed that the purified compounds exhibited significant antibacterial activities (p < 0.05) against selected Gram-negative (Pseudomonas aeruginosa) and Gram-positive bacteria (Streptococcus pyogenes) with effective MIC50 and MIC90 at µg concentrations, and with minimal effects on human cells as observed from LDH and MTT assays. These findings are significant and provide a basis for the rational development of therapeutic antibacterials. Future studies are needed to determine in vivo effects of the identified molecules together with their mode of action, which could lead to the development of novel antibacterial(s).
Keywords: antibiotic resistance; antibacterials; N-acyl homoserine lactones; Di-rhamnolipids; cytotoxicity antibiotic resistance; antibacterials; N-acyl homoserine lactones; Di-rhamnolipids; cytotoxicity

The emergence of antibiotic resistance is a public health crisis [1,2]. Several lines of evidence suggest that bacterial pathogens have evolved dramatic multi-drug resistance in recent years resulting in a major public health threat globally [1,2,3]. For example, Pseudomonas aeruginosa have emerged as a major cause of nosocomial infections, particularly in immuno-compromised patients [4]. In 2015, European Centers for Disease Prevention and Control (ECDC) reported that five strains out of every 100 invasive P. aeruginosa isolates were found to be resistant against all five antibacterial groups (piperacillin-tazobactam, fluoroquinolones, ceftazidime, aminoglycosides and carbapenems) under surveillance (EARS-Net) whereas, 13.7% were resistant to three antimicrobial groups available [5]. In the United States, multi-drug resistant P. aeruginosa causes 13% of severe health care-associated infections [5]. Similarly, in 2017 reports from World Health Organization (WHO) have shown that carbapenem-resistant P. aeruginosa was listed in the “critical” group [6]. Of the Gram-positive pathogens, Streptococcus pyogenes is responsible for more than 600 million infections annually [7]. S. pyogenes causes a wide range of conditions and diseases from minor skin and soft tissue infections to severe clinical manifestations [8]. Collectively, these findings suggest that novel antibacterials are needed to counter increasing bacterial resistance [9,10].
Microbial derived natural products possess a wide range of biological properties including antibacterial activities. Most antibacterial classes are derived from readily-available soil bacteria [10,11], but this resource has been mined for several decades [12]. In addition to soil, bacteria isolated from unusual environments can be a potential source of antibacterials. Recent studies have shown that gut bacteria of animals living in polluted environments are a potential source of antibacterials [12,13,14,15,16,17,18,19,20]. The microbiota associated with animal’s gastrointestinal tract (GIT) is a novel and fascinating area of research [21]. The gut microflora signifies the ecological community of microbes inhabiting the GI tract that ultimately influence development, immunity and physiology of all animals [22].
In this study, we used compounds isolated from the gut bacteria of cockroach and turtle. These compounds include (curcumenol and L-Homotyrosine) produced by Bacillus subtilis, (docosanedioic acid) produced by E. coli, and (N-tetradecanoyl homoserine lactone and Di-rhamnolipids) isolated from P. aeruginosa. These compounds were tested against selected Gram-positive and Gram-negative bacteria and human cell lines. Overall, the isolated compounds showed promising antibacterial activities against both Gram-positive and Gram-negative bacteria.

In our previous studies, we have isolated gut bacteria from animals/pests and tested their conditioned media (extracts) against multi-drug resistant Gram-negative and Gram-positive bacteria [9,15]. Bioactive molecules were identified (see Supplementary Figures S1–S5) [9,23] and out of which a few selected compounds were obtained from Sigma Aldrich and tested for their antibacterial properties. The results revealed that all three compounds exhibited significant bactericidal activities (Figure 1a,b) (P < 0.05, using student’s t-test, two-tailed distribution). Among all tested compounds, curcumenol showed exceptional bactericidal effects (Figure 1a) killing 87% bacteria. The minimum inhibitory concentrations (MIC50 and MIC90) for curcumenol, L-homotyrosine and docosanedioic acid against P. aeruginosa are shown in Table 1.
When these compounds were tested against S. pyogenes, the results showed that among all the three tested compounds, curcumenol and L-homotyrosine exhibited significant bactericidal activities (Figure 2a,b) (P < 0.05). Curcumenol alone as well as in combination with L-homotyrosine and docosanedioic acid showed important antibacterial properties (Figure 2a) (P < 0.05). Docosanedioic alone and in combination with L-homotyrosine did not show antibacterial effects. The MIC values of these compounds against S. pyogenes are shown in Table 1.

Lactate dehydrogenase assays were performed to determine the cytotoxic effects of pure compounds, against HaCaT cell lines. The results showed that all pure compounds tested showed minimal/ or no cytotoxic effects against human cells lines except Di-rhamnolipids that showed 45% cytotoxicity (Figure 5). Moreover, the compounds were tested at various concentrations to determine their effects on cell viability. The results revealed that among all compounds tested, Di-rhamnolipids showed cytotoxicity at 50 µg/mL and 100 µg/mL against HaCaT cell lines (Figure 6). All other compounds exhibited minimal cytotoxicity which is considered as non-toxic according to ISO 10993-5 [9].

Bacterial species used in this study include multi-drug resistant Pseudomonas aeruginosa (ATCC 10145) and Streptococcus pyogenes (ATCC 49399) and grown overnight at 37 °C and maintained aerobically prior to experimentations as previously described [23].

The purified compounds identified from animal’s gut bacteria were dissolved in their respective solvents. Di-rhamnolipids, N-tetradecanoyl homoserine lactones and L-Homotyrosine were dissolved in Di-methyl sulfoxide (DMSO), Curcumenol was dissolved in ethanol and docosanedioic acid was dissolved in n-hexane. All compounds were isolated and identified using high performance liquid chromatography and mass spectrometry (See supplementary Figure S1) [9,15]. All the required stock solutions were prepared and stored at their optimum temperature before testing for their antibacterial and cytotoxic activities.

Antibacterial assays were performed as described previously [9] with some modifications. Pure compounds at final concentration of 50 µg/mL (Table 2) were incubated with 1 × 106 bacterial inoculums for 2 h at 37 °C. Next, cultures were serially diluted and plated on agar plates. Plates were incubated overnight at 37 °C and viable bacterial colonies were counted. In some of the experiments, the compounds were evaluated at various concentrations (100, 50, 25, 12.5 and 6.25 µg/mL) to determine minimum inhibitory concentrations i.e., MIC50 and MIC90 against S. pyogenes and P. aeruginosa. For MIC, 1 × 105 bacteria per well for controls and pure compounds were tested. Bacteria grown in Muller Hinton broth (MHB) alone and different solvents used for compounds preparation were used as negative control, while gentamicin was used as a positive control.

Cell cytotoxicity assays were performed using MTT (3-(4,5-dimethylthiazol-2-Yl)-2,5-diphenyltetrazolium bromide) assays [9] and lactate dehydrogenase (LDH) assays [41] to determine the effects of pure compounds against human cell lines. Briefly, for LDH assays, confluent HaCaT cell monolayers in a 96-well plate was challenged with 50 µg/mL of pure compounds and plates were incubated for 24 h at 37 °C in the presence of 5% CO2 and humidified conditions. Next, the supernatant was mixed with an equal volume of LDH kit reagents and data analysis was performed spectrophotometrically at 490 nm. For MTT assays, pure compounds were incubated at various concentrations with overnight grown confluent monolayers of human cells and plates were incubated at 37 °C for overnight at 95% humidity and 5% CO2. After this incubation, 10 µL of MTT solution was added to each well and plates was incubated for 3–4 h at 37 °C. The MTT solution was withdrawn carefully and 100 µL of DMSO was added to dissolve the crystals formed by viable cells. The plates were incubated for 15 min at 37 °C and the absorbance determined at 540 nm immediately.

4.6. Ethical Approval and Consent to Participate

This article does not contain any studies using humans and animals. We also confirm that all experiments were performed in accordance with relevant guidelines and regulations.

This research was funded by FRGS, Malaysia (FRGS/1/2018/SKK08/SYUC/01/2), and, in part, by the Open Access Program from the American University of Sharjah.

No conflict of interest exists. 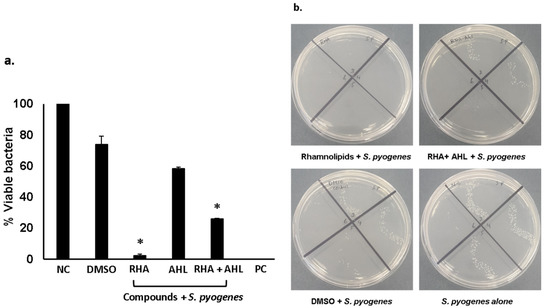 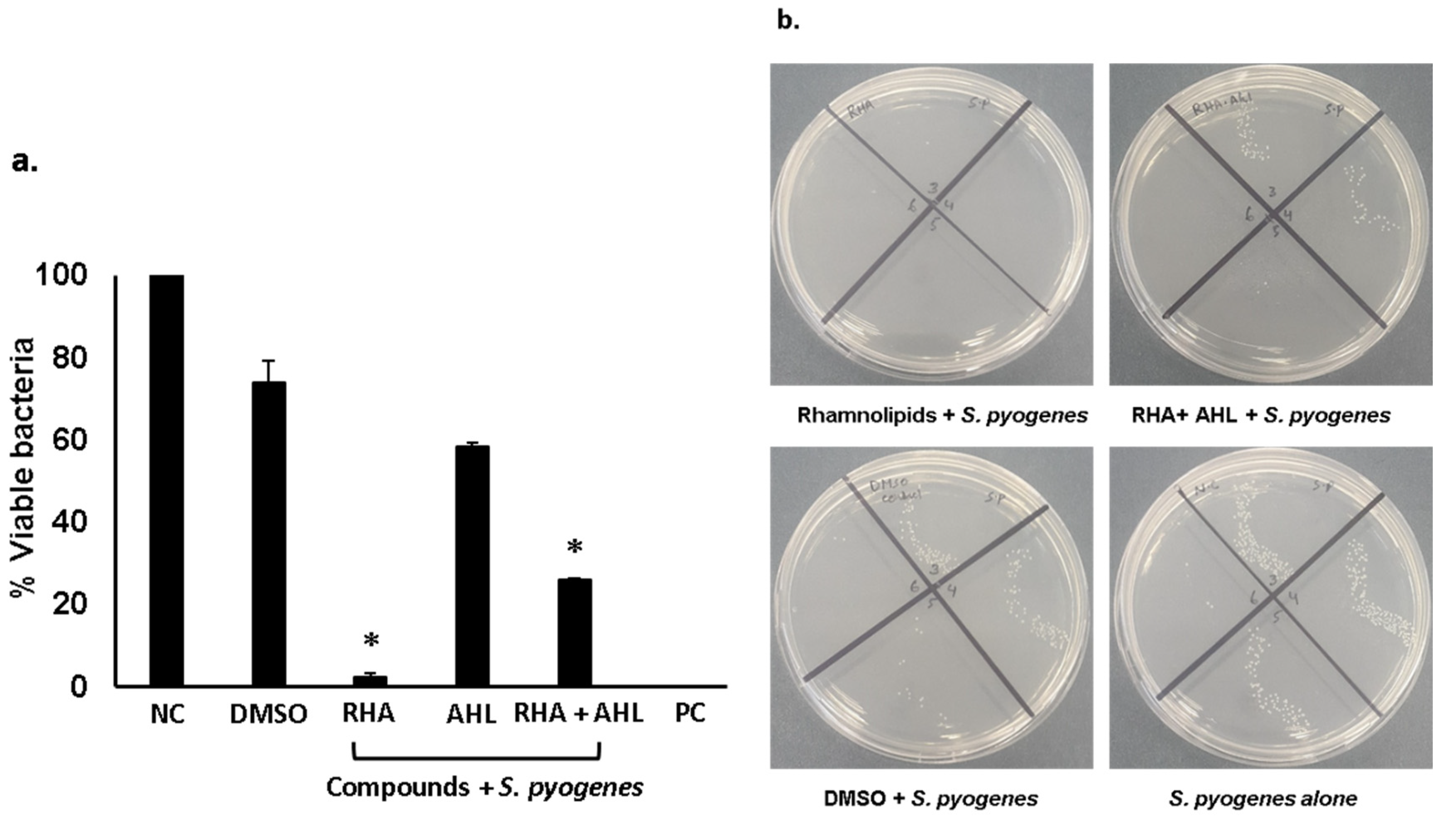 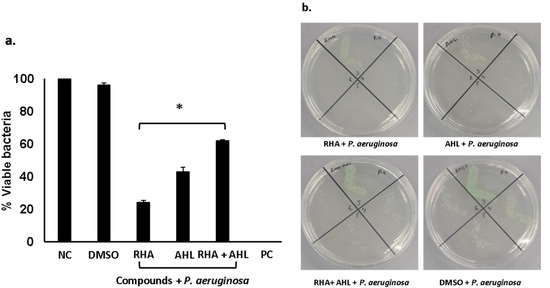 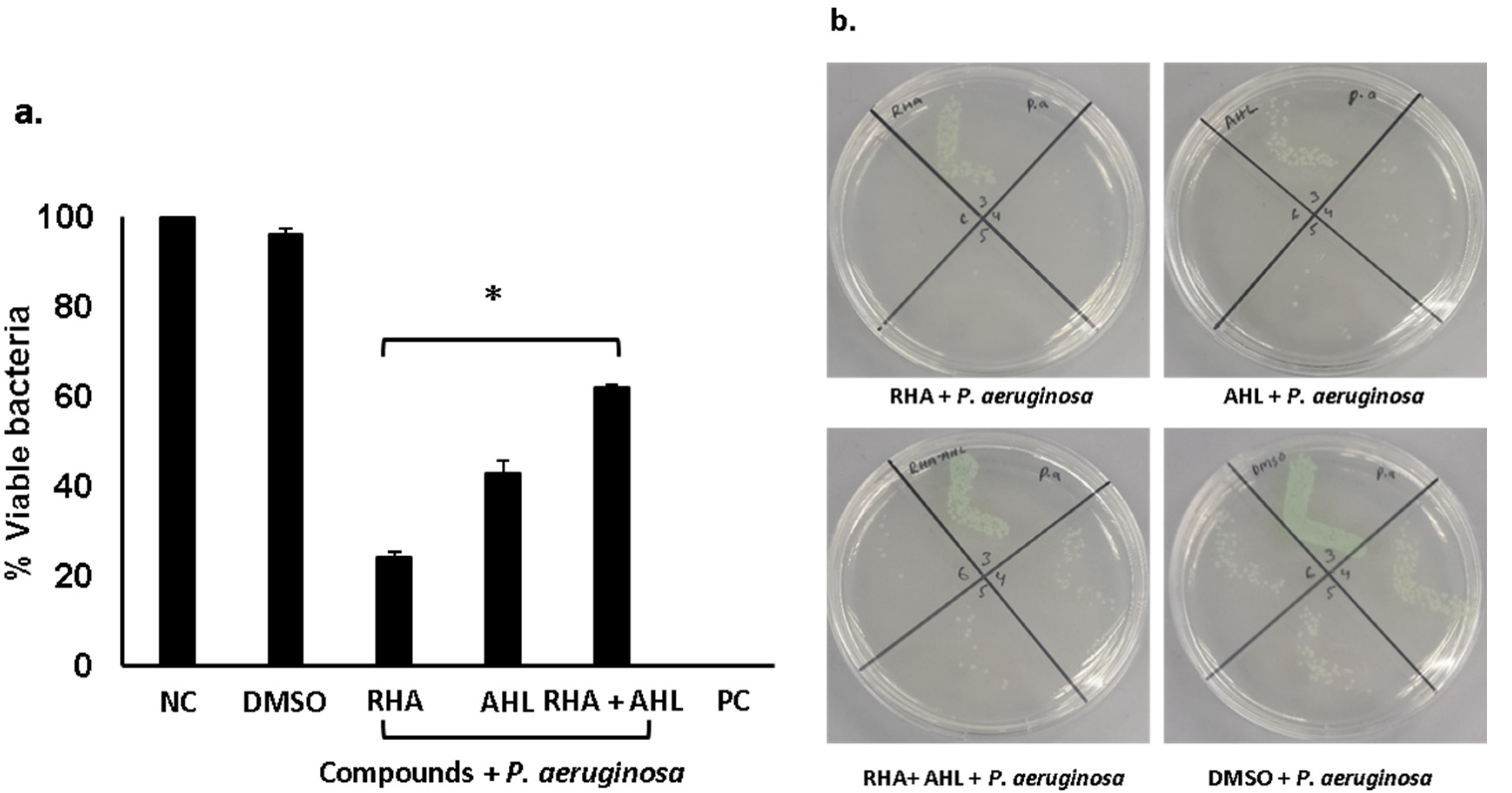