Survival and Prognostic Factors in Mixed Cryoglobulinemia: Data from 246 Cases

Introduction: The clinical and therapeutic management of mixed cryoglobulinemia (MC) remains a subject of controversy. In addition, most studies have not recorded the long-term follow-up and the outcome of these cases. Material and Methods: We enrolled 246 patients affected by MC who were consecutively admitted to our Department from January 1993 to February 2013. Clinical and biological data had been recorded until June 2014. Results: The median age (at diagnosis) was 60 years (range 26–83). The aetiology was HCV in 95% of patients, HBV in 3% and “essential” in 2%. HCV genotype was 1b in 57%, genotypes 2–3 in 43%. MC was Type II in 203 of the cases (87%) and Type III in 52 (13%). The most frequent clinical manifestations were purpura (72%), chronic liver disease (70%), glomerulonephritis (35%), arthralgias (58%), peripheral neuropathy (21%), non-Hodgkin lymphoma (15%) and cutaneous ulcers (3%). Purpura, arthralgias, peripheral neuropathy, glomerulonephritis and non-Hodgkin lymphoma were more frequently observed in Type II than in Type III MC (p < 0.05). Treatments were interferon (IFN) or Pegilated-IFN (PEG-IFN) alone or plus Ribavirin (RIBA) in 101 cases, steroids with or without alkylating agents in 33 cases, Rituximab in 8 patients. The complete clinical, virological and immunological responses were associated with PEG-IFN plus RIBA. Severe infections were associated with renal failure. At 10 years, the overall survival rate was 71% in Type II MC and 84% in Type III (p < 0.053). Conclusions: From our data, antiviral therapy is the first-line therapy in HCV-related MC, whereas steroids, alkylating agents and Rituximab should be considered as a second-line therapy. Given the heterogeneity of the disease, the role of these different therapeutic strategies should be checked in randomized controlled trials. View Full-Text
Keywords: hepatitis C virus; mixed cryoglobulinemia; interferon alpha; steroids; rituximab hepatitis C virus; mixed cryoglobulinemia; interferon alpha; steroids; rituximab
►▼ Show Figures 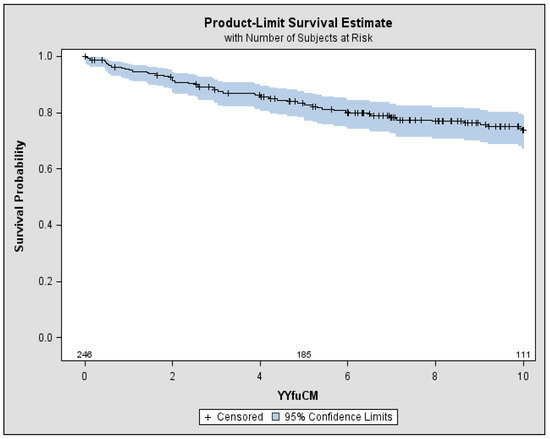