Toward Evaluation of the Subjective Experience of a General Class of User-Controlled, Robot-Mediated Rehabilitation Technologies for Children with Neuromotor Disability
Previous Article in Journal

A Survey of Deep Learning for Data Caching in Edge Network

A Corpus Approach to Roman Law Based on Justinian’s Digest

Traditional philological methods in Roman legal scholarship such as close reading and strict juristic reasoning have analysed law in extraordinary detail. Such methods, however, have paid less attention to the empirical characteristics of legal texts and occasionally projected an abstract framework onto the sources. The paper presents a series of computer-assisted methods to open new frontiers of inquiry. Using a Python coding environment, we have built a relational database of the Latin text of the Digest, a historical sourcebook of Roman law compiled under the order of Emperor Justinian in 533 CE. Subsequently, we investigated the structure of Roman law by automatically clustering the sections of the Digest according to their linguistic profile. Finally, we explored the characteristics of Roman legal language according to the principles and methods of computational distributional semantics. Our research has discovered an empirical structure of Roman law which arises from the sources themselves and complements the dominant scholarly assumption that Roman law rests on abstract structures. By building and comparing Latin word embeddings models, we were also able to detect a semantic split in words with general and legal sense. These investigations point to a practical focus in Roman law which is consistent with the view that ancient law schools were more interested in training lawyers for practice rather than in philosophical neatness.
Keywords: Roman law; Digest; computational linguistics; corpus linguistics; clustering; distributional semantics; word embeddings; Python; Latin; LatinISE Roman law; Digest; computational linguistics; corpus linguistics; clustering; distributional semantics; word embeddings; Python; Latin; LatinISE

2. Corpus: From Raw Text to Database

This article has demonstrated how advanced computer-assisted methods can generate new insights about our understanding of Roman law. We presented our quantitative data-driven approach as one complementing the qualitative tools of close reading and juristic reasoning which are dominant in traditional Roman legal scholarship. On the solid foundation of a relational database based on Justinian’s Digest, we deployed two current computational methods to analyse the structure and vocabulary of Roman law. Hierarchical clustering of the Digest’s 432 thematic sections produced an empirical conceptual tree-map of Roman law. We distinguished this conceptual structure underlying the empirical textual data of Roman law as presented in the Digest from the inferential structure of legal rules and propositions which one may identify in Roman law as an intellectual construction. Computer assisted analysis contributes to our understanding of deep structures in Roman legal texts which may be linked to editorial choices by Tribonian’s committee and the legal educational practice they presumably relied on. The inspection of the empirical conceptual tree-map suggested a practical focus which is consistent with the view that ancient law schools were interested in training lawyers for practice rather than constructing a system appealing to theorists. We should conclude that this conceptual structure complements, rather than challenges or replaces, the inherent inferential structure of Roman law as envisioned by legal theorists ancient and modern.
Our word embeddings models trained on general and legal Latin corpora indicated that this practical focus is present at level of words as well. We have developed a measure to indicate a split between a word’s general and possible legal meanings. Additionally, we argued that a closer look at a word’s semantic neighbours in the general and legal corpora suggest that legal meaning is “produced” by focusing on the function that the entity or action denoted by the word plays in the legal process.
Apart from substantive insights about the structure and vocabulary of Roman law, our research has potentially far-reaching methodological contributions. The SQLite relational database of the Digest [12] is a valuable resource in its own right, well beyond the scope of this study. It makes it possible for scholars to make structured queries and run large-scale statistical analyses on the corpus. Our research has also developed a clustering and word embeddings methodology which can be adapted to other Latin texts. Our investigation of classical and post-classical Roman law as represented by ROMTEXT could be extended, for example, to include the rich medieval and early modern reception of Roman law, and to some extent its modern adaptation as long as the language of scholarship is Latin. Alternatively, hierarchical clustering as presented in this paper could discover a hidden empirical structure in corpora which represent a knowledge domain in similar breadth as the Digest does for the domain of law. Similarly, our method could be adapted to grasp semantic characteristics of other technical or genre-specific usages of the Latin language via word embeddings models trained on sufficiently large corpora, and to investigate diachronic semantic change. That work could pave the way to demonstrate empirically what Mary Hesse described as the fundamentally analogical and, we should add, metaphorical nature of scientific and technical language use [70]. With sufficient data and careful selection of default values, we might be able to give a mathematical representation of the “filter” through which parts of the general language are distilled and transformed into a technical one.

This research was funded by The Leverhulme Trust under the fellowship grant ECF-2019-418 and by The Alan Turing Institute under the EPSRC grant EP/N510129/1. The APC was funded by the Library Open Access Fund of the University of Surrey.

The authors declare no conflict of interest. The funders had no role in the design of the study; in the collection, analyses, or interpretation of data; in the writing of the manuscript; or in the decision to publish the results. 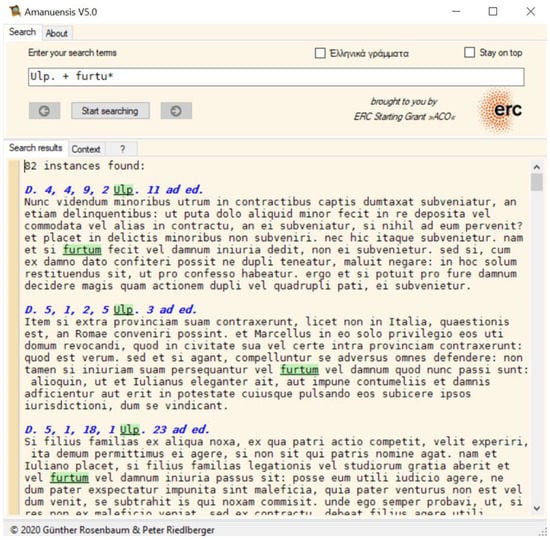 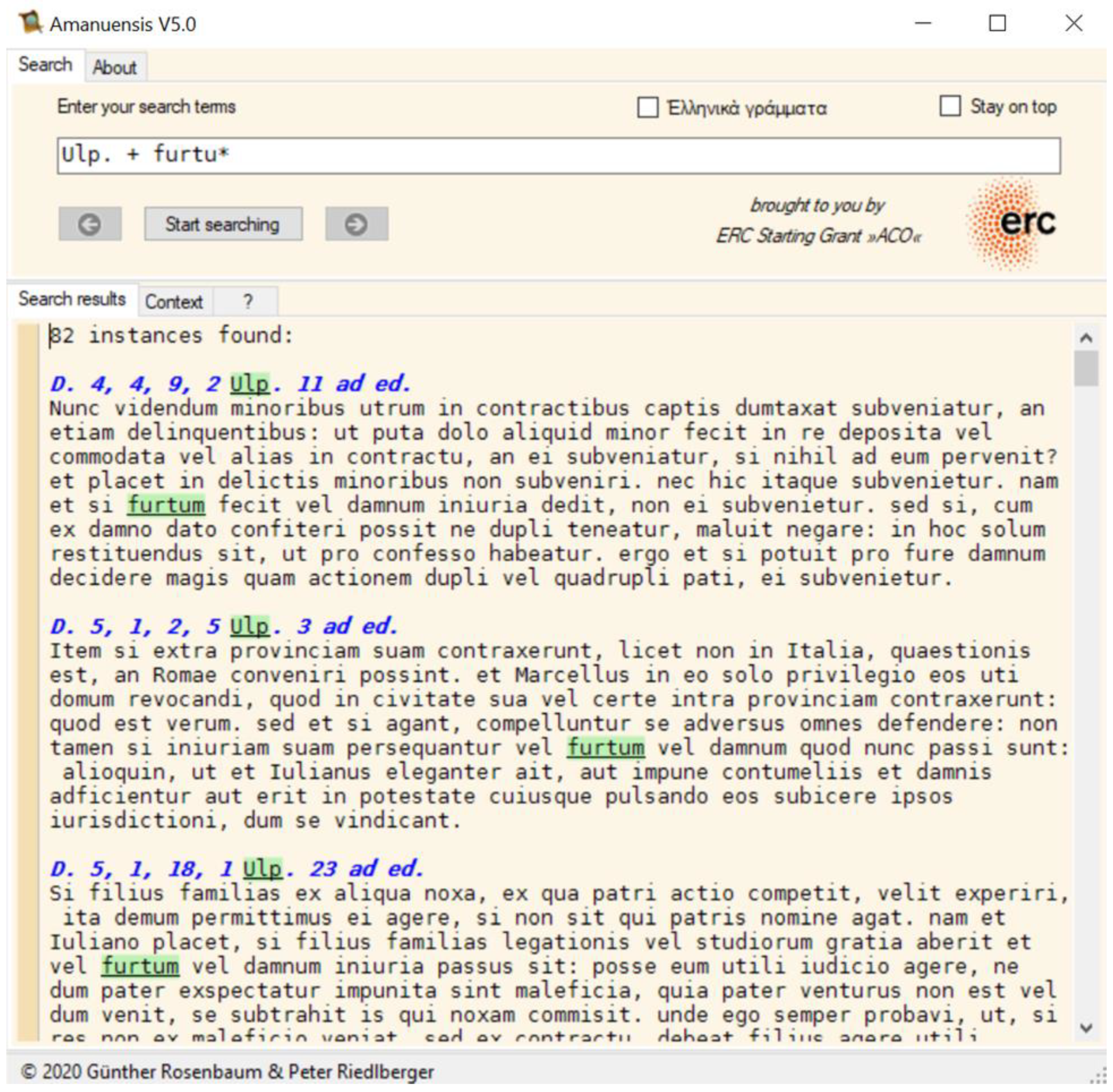 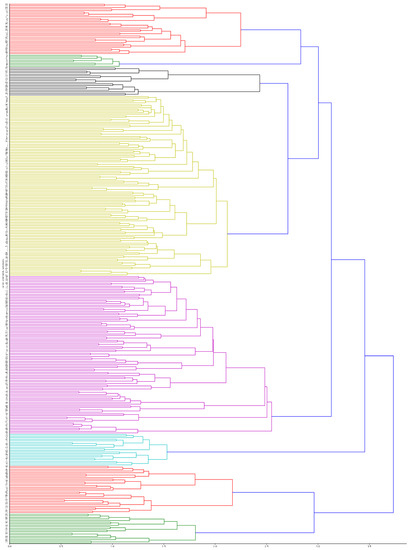 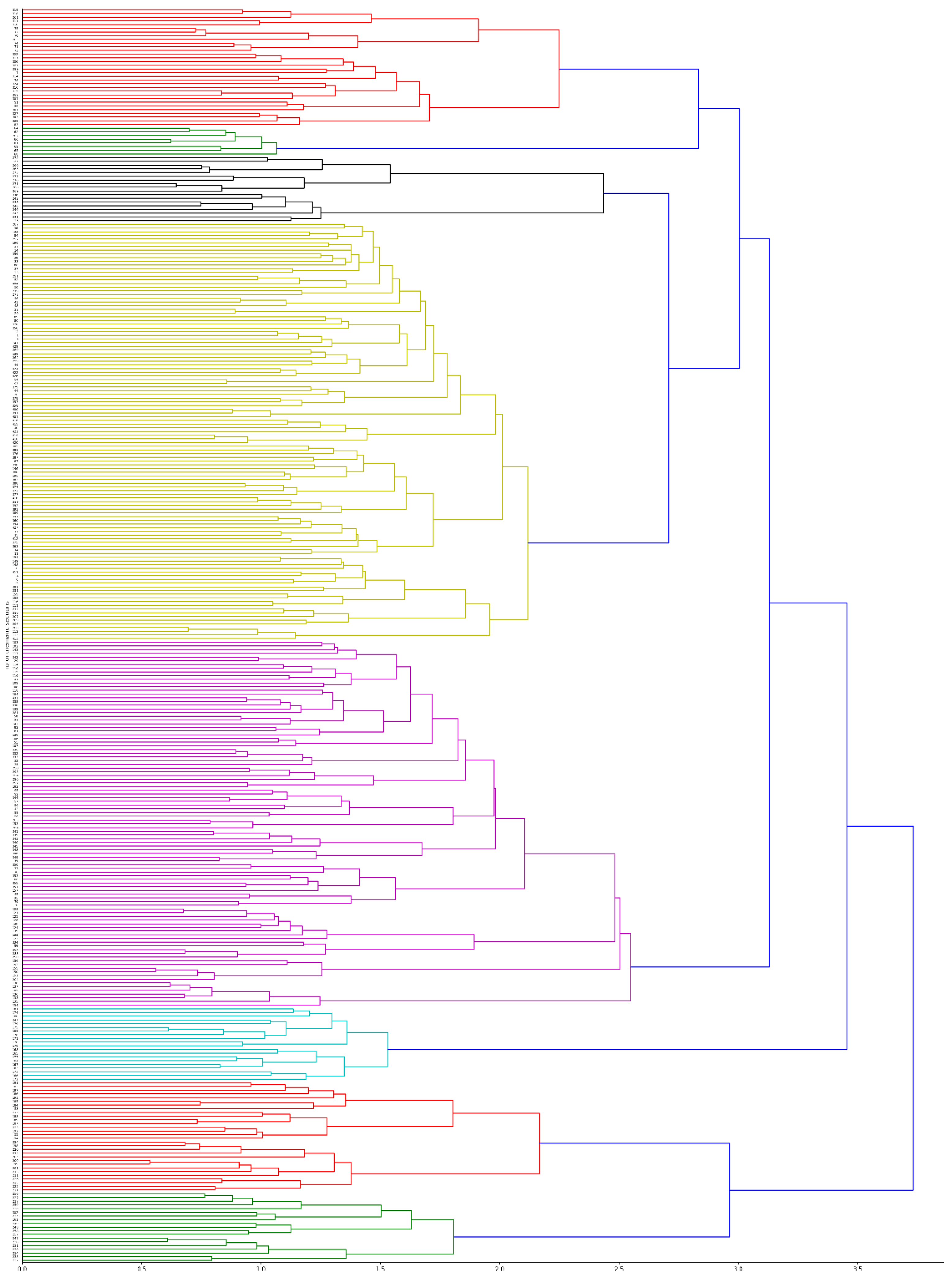 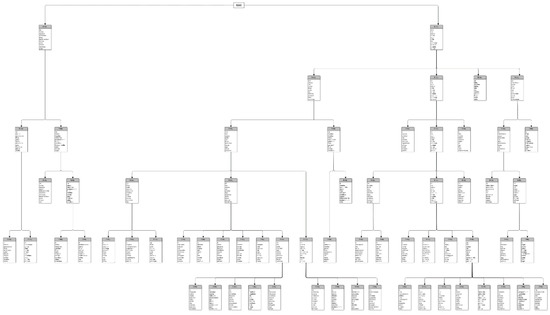 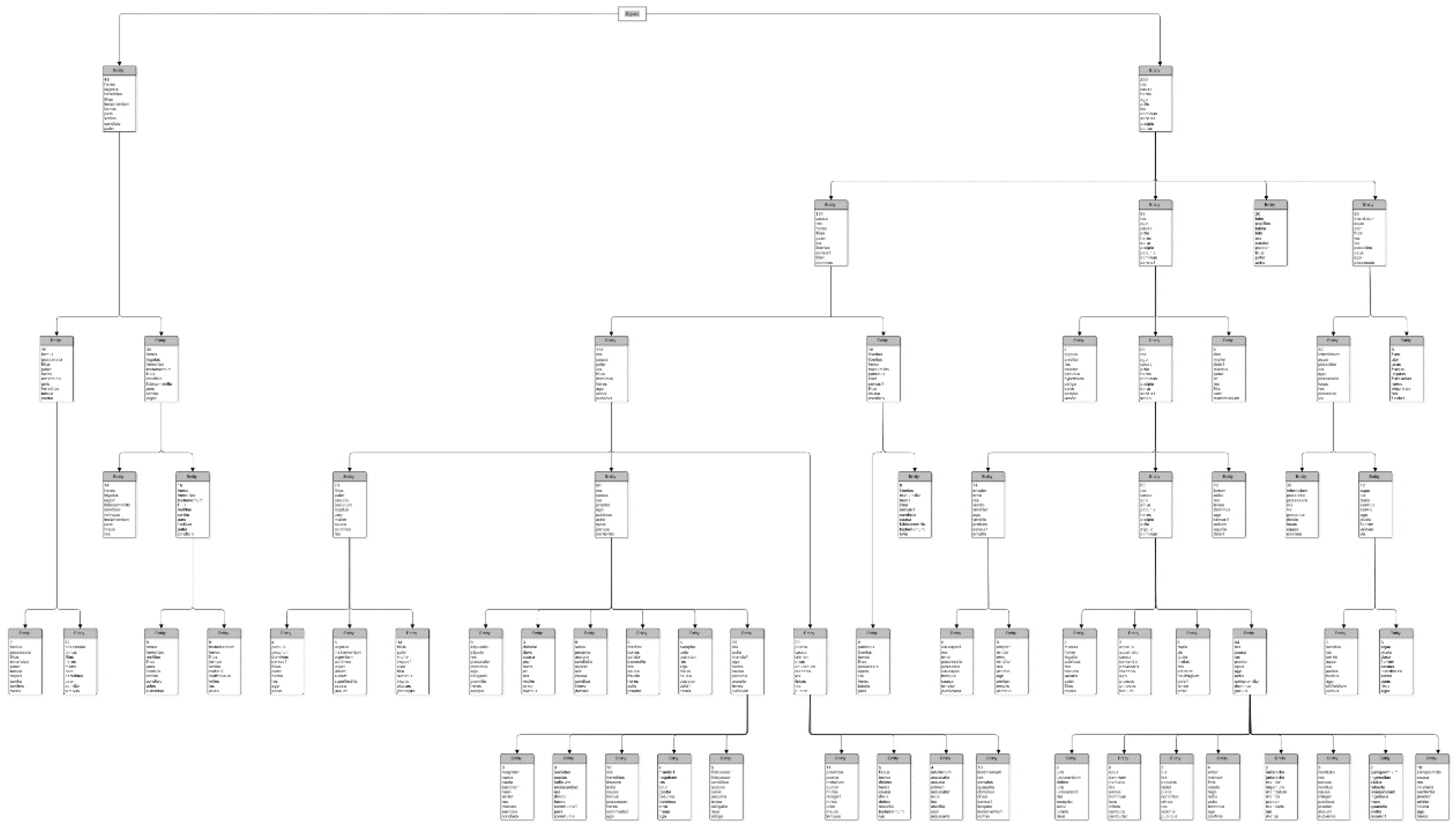 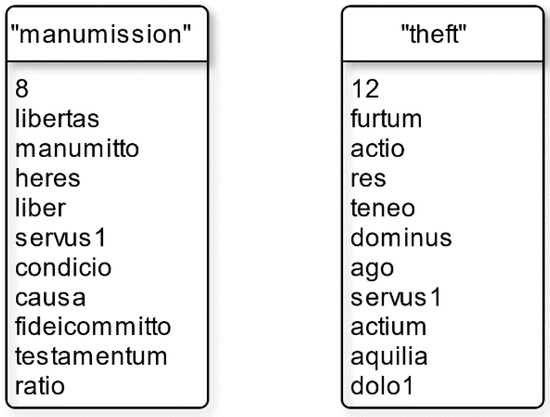 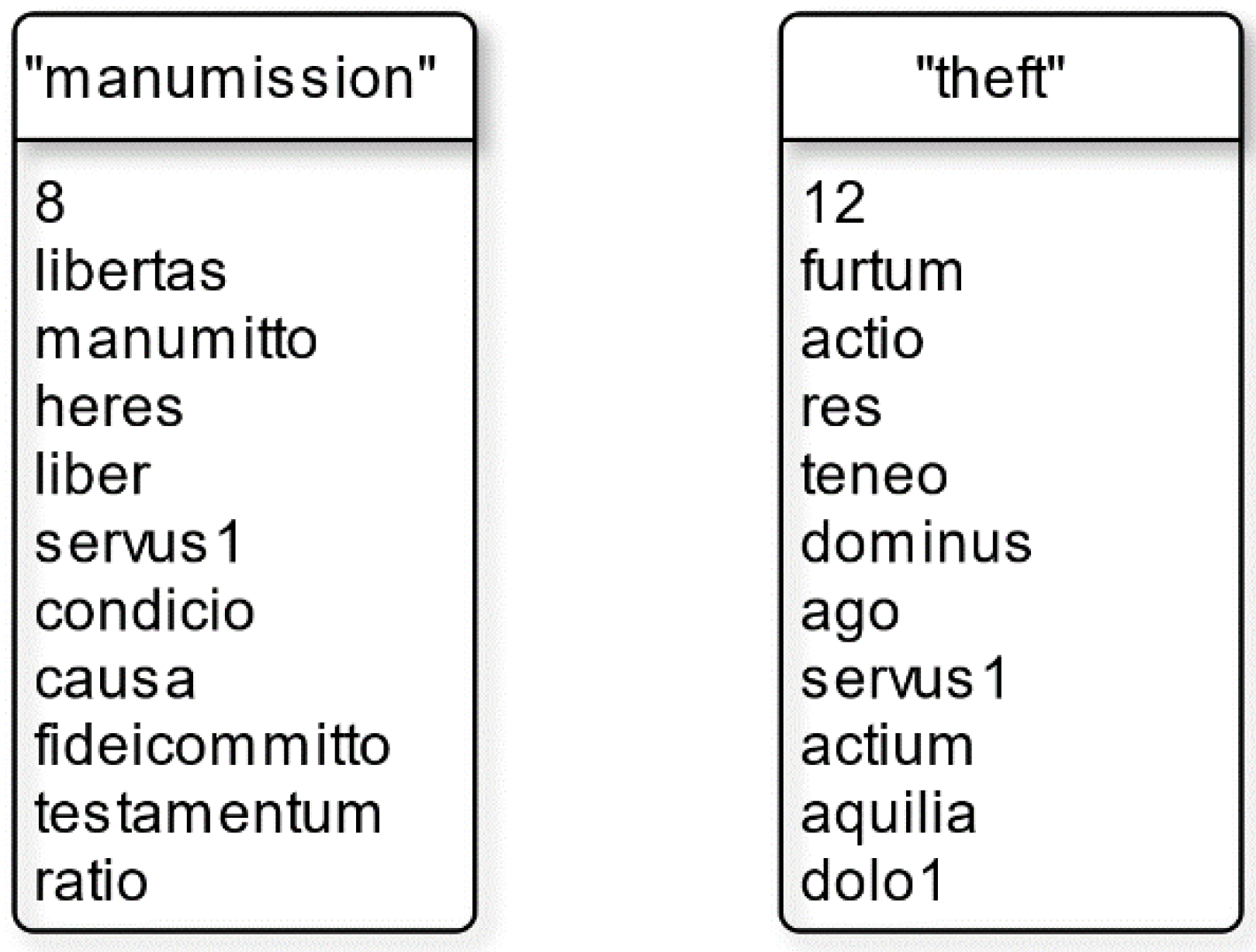 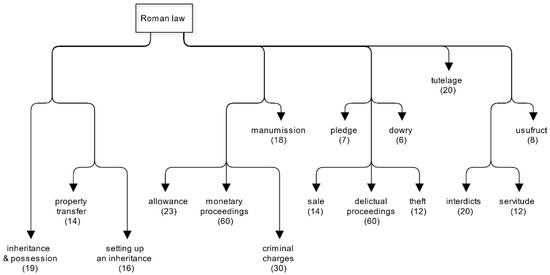 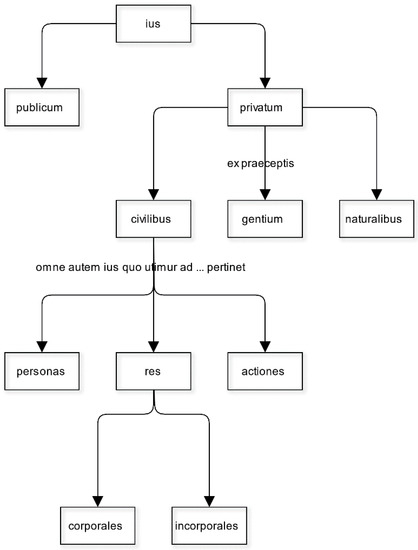 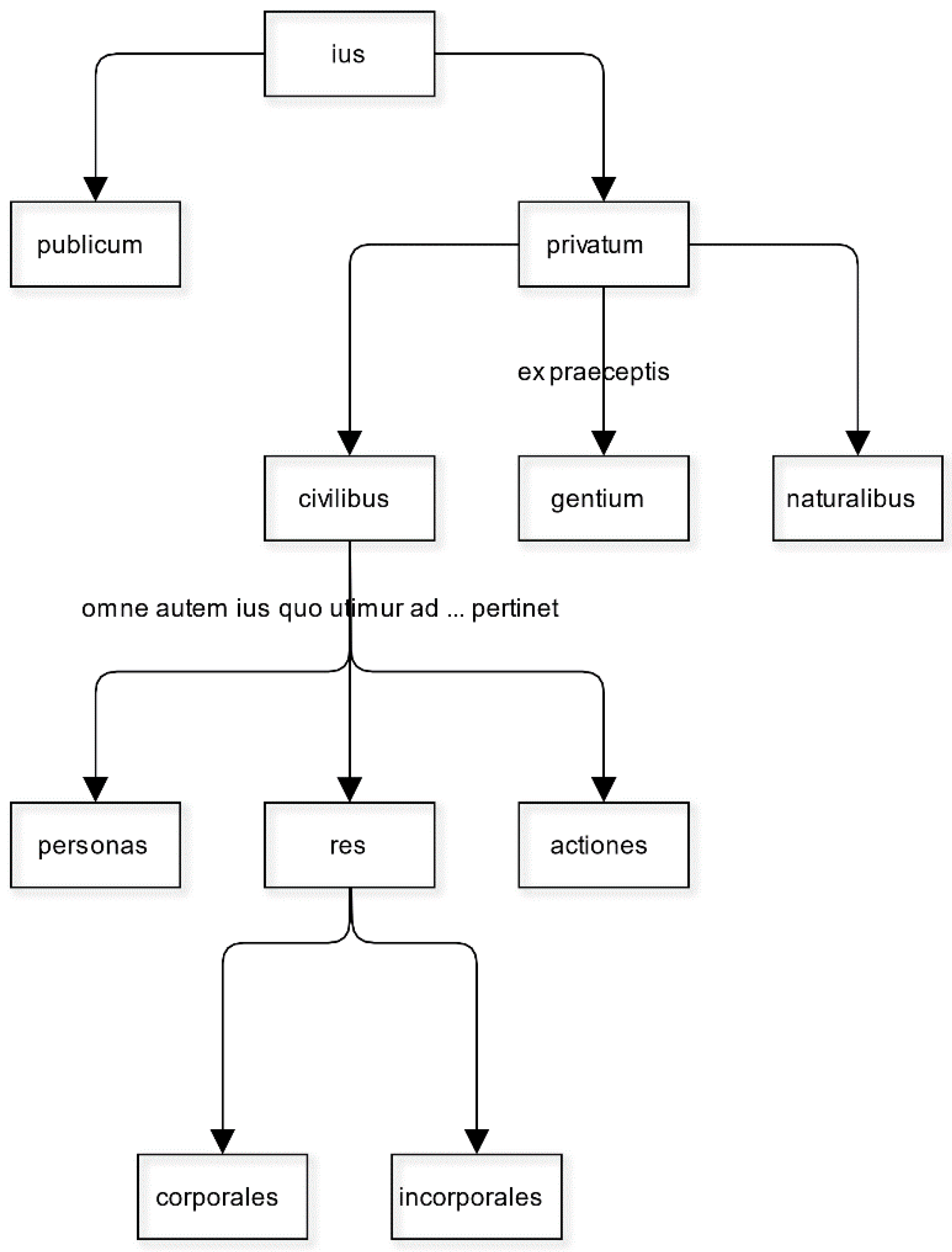 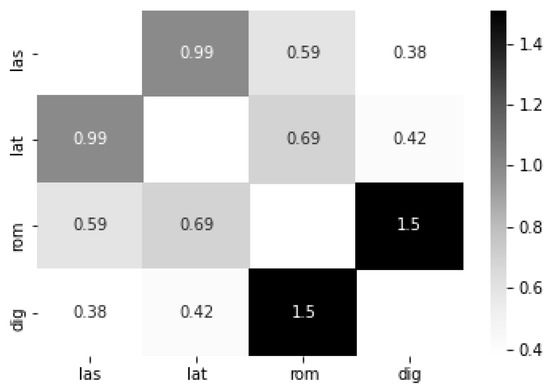