A Combined Non-Invasive Approach to the Study of A Mosaic Model: First Laboratory Experimental Results

Color Holography for the Documentation and Dissemination of Cultural Heritage: OptoClonesTM from Four Museums in Two Countries

True-color holograms, as they are the most advanced and realistic three-dimensional images obtainable with current technologies, can become valuable tools for the preservation, documentation and diffusion of cultural heritage. In this respect, the transportable Z3RGB color holography system and the HoLoFoSTM illuminant developed by the Hellenic Institute of Holography have been successfully utilized for the in-situ recording and displaying of OptoClonesTM (Denisyuk-type color holograms) in four museums and two countries. The holographic image of an OptoCloneTM is characterized by a wide angle of view, full parallax and perspective, good color rendition and ultra-realistic reproduction of the optical properties of the materials of an artefact. In this paper, we report on our accumulated expertise in on-site holographic documentation of museum artworks of various types, already from four museums of world caliber and reputation (Athens and Thessaloniki Byzantine, Fabergé Museum of St. Petersburg and Diamond Fund of Russia). In one case, a world’s first, the in-situ recorded OptoClonesTM have been subsequently displayed as part of the permanent exhibition of the Byzantine & Christian Museum of Athens in replacement of the original artifacts while on loan. On another occasion involving State Treasures from the Diamond Fund of Russia, the recorded OptoClonesTM exhibited inside the Moscow Kremlin were highly appraised by officials and international experts as well as the general public allowing reasonable optimism for the prospects of Display Holography for museums. View Full-Text
Keywords: color holography; color holograms; cultural heritage; museum display color holography; color holograms; cultural heritage; museum display
►▼ Show Figures 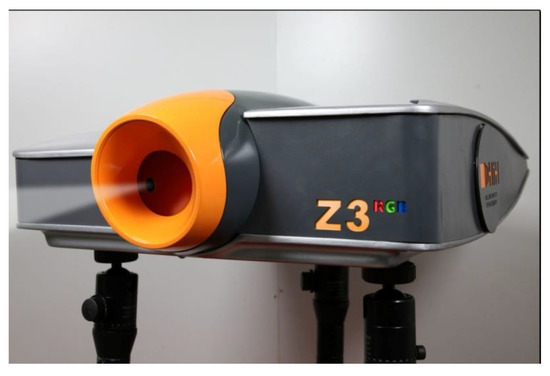 Sarakinos, A.; Lembessis, A. Color Holography for the Documentation and Dissemination of Cultural Heritage: OptoClonesTM from Four Museums in Two Countries. J. Imaging 2019, 5, 59. https://0-doi-org.brum.beds.ac.uk/10.3390/jimaging5060059


Sarakinos A, Lembessis A. Color Holography for the Documentation and Dissemination of Cultural Heritage: OptoClonesTM from Four Museums in Two Countries. Journal of Imaging. 2019; 5(6):59. https://0-doi-org.brum.beds.ac.uk/10.3390/jimaging5060059