Representation and Presentation of Culinary Tradition as Cultural Heritage

Exploring the Effects of “Smart City” in the Inner-City Fabric of the Mediterranean Metropolis: Towards a Bio-Cultural Sonic Diversity?

“Smart city”, driven by digital technology is not only a technological but also a social, cultural and political project. A socially and culturally significant new urban ideal is born. This research paper is based on the narrative that the city appears as a palimpsest of interventions of all natures. History and shared memory, composition and superimposition, coherence and divergence are fundamental for its evolution. It is thus evident that ”Smart city” as a rather new urban ideal, but also as a disruptive innovation process, cannot be conceived nor implemented all at once; it must follow analogous processes of buildup and stratification. On the other hand, sounds are part of cities, of their sensory landscape, of their identity. They are one of the urban markers, along with the visual landscape. In this context, the paper focuses on the sound identity of the inner-city areas of the Mediterranean metropolis, posing the following research question: What are the transformations that “Smart city” can cause to the sound identity of a city? In dense urban fabric with high-rise buildings, high rates of exploitation, frequent transgressions of the legal construction and least free space in private plots, what can be the prospects of using “smart transport”, for enriching the city with positive soundscapes, thus improving its environmental quality? Following the metaphor of urban and acoustic palimpsest, we examine narratives of replacement of conventional cars with autonomous vehicles (AVs) and of private cars with car-pooling systems. The article concludes that spatialized intelligence can substantially and positively transform the sound identity of the Mediterranean metropolis and be the spearhead for an increase in bio-cultural sonic diversity. At least during the era when the city still appears as a palimpsest of interpositions, evoking the historic time. View Full-Text
Keywords: Mediterranean city; urban palimpsest; spatialized intelligence; autonomous vehicles (AVs); environmental noise; acoustic palimpsest; sound diversity Mediterranean city; urban palimpsest; spatialized intelligence; autonomous vehicles (AVs); environmental noise; acoustic palimpsest; sound diversity
►▼ Show Figures 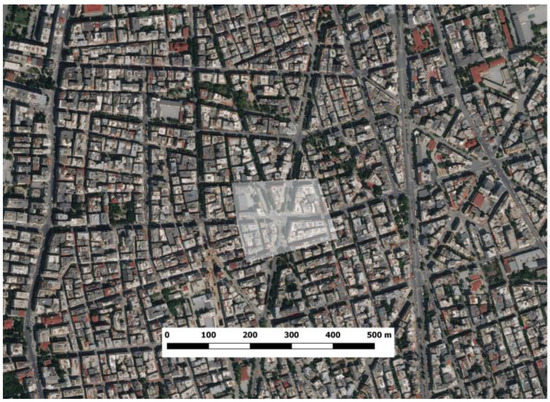