βarrestin (βarr)-1 and -2 (βarrs) (or Arrestin-2 and -3, respectively) are universal G protein-coupled receptor (GPCR) adapter proteins expressed abundantly in extra-retinal tissues, including the myocardium. Both were discovered in the lab of the 2012 Nobel Prize in Chemistry co-laureate Robert Lefkowitz, initially as terminators of signaling from the β-adrenergic receptor (βAR), a process known as functional desensitization. They are now known to switch GPCR signaling from G protein-dependent to G protein-independent, which, in the case of βARs and angiotensin II type 1 receptor (AT1R), might be beneficial, e.g., anti-apoptotic, for the heart. However, the specific role(s) of each βarr isoform in cardiac GPCR signaling and function (or dysfunction in disease), remain unknown. The current consensus is that, whereas both βarr isoforms can desensitize and internalize cardiac GPCRs, they play quite different (even opposing in certain instances) roles in the G protein-independent signaling pathways they initiate in the cardiovascular system, including in the myocardium. The present review will discuss the current knowledge in the field of βarrs and their roles in GPCR signaling and function in the heart, focusing on the three most important, for cardiac physiology, GPCR types (β1AR, β2AR & AT1R), and will also highlight important questions that currently remain unanswered. View Full-Text
Keywords: βarrestins; signal transduction; GPCR; heart; adrenergic receptors; angiotensin II receptors; desensitization βarrestins; signal transduction; GPCR; heart; adrenergic receptors; angiotensin II receptors; desensitization
►▼ Show Figures 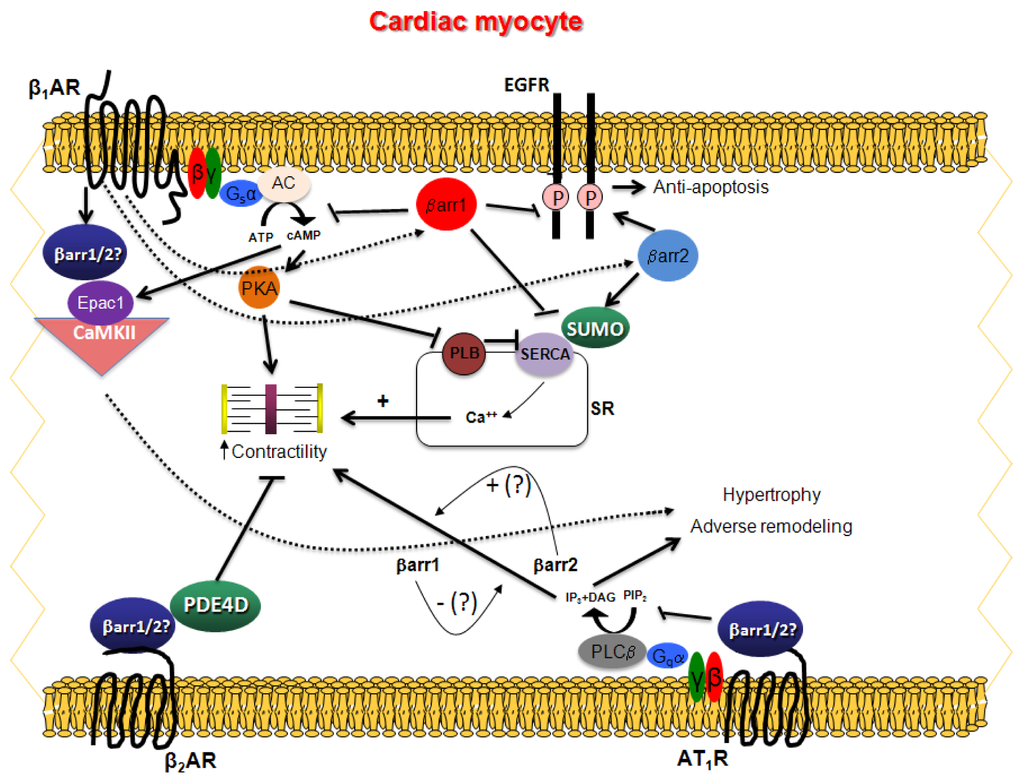