An Optoelectronic System for Measuring the Range of Motion in Healthy Volunteers: A Cross-Sectional Study

Physiological Gait versus Gait in VR on Multidirectional Treadmill—Comparative Analysis

Background and objectives: Virtual reality (VR) is increasingly often finding applications in physiotherapy and health promotion. Recent years have seen the use of advanced technologies in the promotion of physical activity (PA) in society. New simulators, e.g., treadmills, enable the performance of PA (e.g., locomotive movements) in VR (artificially created virtual world). The question of how such movements are similar to natural forms of human locomotion (march, run) inspired the comparative analysis of physiological gait and gait in VR on a multidirectional Omni treadmill. Materials and Methods: The tests involved the use of the BTS Smart system for the triplanar analysis of motion. The test involved 10 healthy females aged 20–24 (weight: 52 ± 3.1 kg, height 162 ± 5.4 cm). Measurements were performed at two stages. The first stage involved the standard assessment of physiological gait, whereas the second was focused on gait forced by the Omni treadmill. The following gait parameters were analyzed: Flexion-extension in the ankle, knee joint and hip joint, rotation in the hip joint and knee joint, foot progression, adduction-abduction in the knee joint and hip joint, pelvic obliquity, pelvic tilt, pelvic rotation as well as energy expenditure and the movement of the body center of mass. Results: The analysis of the test results revealed the existence of differences in the kinematics of physical gait and gait on the treadmill. The greatest differences were recorded in relation to the dorsal-plantar flexion in the ankle, the foot progression, the rotation of the knee joint, pelvic tilt and rotation. In addition, the gait on the treadmill is characterized by the longer duration of the stance phase and reduced ranges of the following movements: Flexion-extension in the ankle, knee joint and hip joint, adduction-abduction in the hip joint as well as rotation in the ankle and hip joint. The values of potential, kinetic and total energy recorded in relation to forced gait are significantly lower than those of physiological gait. Conclusions: Because of the fact that the parameters of gait on the Omni platform vary significantly from the parameters of physical gait, the application of the Omni treadmill in the re-education of gait during rehabilitation should be treated with considerable care. Nonetheless, the treadmill has adequate potential to become a safe simulator enabling active motion in VR using locomotive movements. View Full-Text
Keywords: BTS System; energy expenditure; gait analysis; kinematics; OMNI treadmill; virtual reality; physical activity; physiotherapy BTS System; energy expenditure; gait analysis; kinematics; OMNI treadmill; virtual reality; physical activity; physiotherapy
►▼ Show Figures 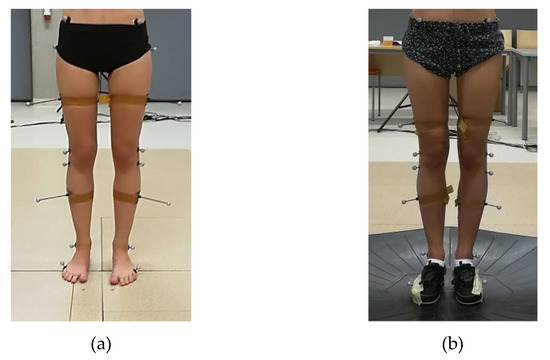