Agent-Based Modeling for Super-Spreading Events: A Case Study of MERS-CoV Transmission Dynamics in the Republic of Korea
Previous Article in Journal

Development and Validation of the Questionnaire of Academic Stress in Secondary Education: Structure, Reliability and Nomological Validity
Previous Article in Special Issue

Tuberculosis (TB) is the ninth leading cause of death worldwide and the leading cause of death from a single infectious agent, ranking above HIV/AIDS [1,2]. According to the 2017 Global Tuberculosis Report, 10.4 million people fell ill with TB in 2016, and 1.7 million people died from the disease (including 0.4 million people with HIV) [2]. China is one of 22 countries with the heaviest burdens of TB patients, with the third highest number of cases [2]. However, highly complex dynamics and spatial heterogeneity are associated with TB in China at the provincial level [3,4,5,6]. Zhejiang, as a province located in eastern China, is a highly socioeconomically developed province [7]. The province has 11 prefectures: HZ (Hangzhou), QZ (Quzhou), HUZ (Huzhou), JX (Jiaxing), SX (Shaoxing), ZS (Zhoushan), LS (Lishui), WZ (Wenzhou), TZ (Taizhou), JH (Jinhua), and NB (Ningbo). In recent decades, the TB incidence rate of Zhejiang province has decreased slowly from 2008 (71.50/100,000) to 2017 (47.54/100,000) and has remained at a modest level in China [7]. However, there are still 27,000 TB cases in Zhejiang every year due to the large population (55 million) [8].
According to a large number of school TB outbreak reports, clustering epidemics commonly occur, especially in senior schools and universities [9]. In China, students with TB accounted for 4.02% of total TB patients in 2014 [10], and TB outbreaks often occurred. Teachers who work in schools are at risk of being infected with TB or to becoming a source of infection [11]. For example, consider an outbreak that occurred in California. A teacher who developed multidrug-resistant TB (MDR-TB) was exposed to dozens of children, infecting 31 children with TB [12]. Therefore, it is important to monitor TB epidemics among full-time teachers. According to a study carried out in one prefecture of Zhejiang province, the average annual reported incidence rate of active TB among full-time teachers (39.15/100,000) was higher than that of active TB among students (22.34/100,000) from 2005 to 2011 [13]. Another study in one county of Zhejiang province also demonstrated that the average annual reported incidence rate of active TB among full-time teachers (25.42/100,000) was about 2.5 times higher than that of active TB among students (10.56/100,000) from 2005 to 2012 [14]. However, the TB incidence rate among full-time teachers in whole province has not been studied in China, and the baseline data is very limited.
Based on the “National Tuberculosis Information Management System” (NTIMS) (established in 2005), we conducted this retrospective study among full-time teachers to (1) understand the baseline TB incidence rate among full-time teachers in Zhejiang province, (2) explore the epidemiological distribution and clinical characteristics of full-time teachers with TB and (3) provide evidence on TB prevention and control practices among full-time teachers in schools.

The NTIMS, which was established in 2005, provides a chance for us to analyze TB epidemics among full-time teachers in Zhejiang province (Figure 1) in the past 10 years. NTMIS records the demographic information, disease features, case-finding pattern and treatment outcome of each patient. We collected demographic and disease data for each teacher case with TB, including gender, age, nationality, habitation, sputum smear test results, time of TB symptom onset, time of diagnose, treatment classification, diagnose result, case-finding pattern, strategy of patient management and treatment outcome. The data we extracted covered the period from 1 January 2005 to 31 December 2016. We collected the annual population data for full-time teachers in 11 prefectures from the Education Yearbook of Zhejiang Province, which recorded the statistics for educational development, general administration of education, educational personnel management, basic and higher education and education examinations etc. [15]. Due to a lack of population data on the age and gender of full-time teachers in the Education Yearbook of Zhejiang Province, we are limited to conduct further analysis of TB incidence rates of different ages, genders or other demographic characteristics among full-time teachers. The annual population data for Zhejiang province were extracted from the Statistical Yearbook of Zhejiang Province, which recorded the population, finance, employment, education, and environment and resources, etc. [16].

The incidence rates of both TB and pulmonary TB (PTB) among full-time teachers, students and the total population were calculated based on the total population, the full-time teacher population and the population of students in schools. The PTB incidence rate of the three groups was also calculated in 11 prefectures and is shown in a disease map. Chi-square analysis was used to analyze the relationships between epidemiological characteristics and clinical characteristics, case-finding delay, and treatment outcomes.
Descriptive analysis and univariate analysis were performed by Statistical Package for Social Sciences (SPSS) version 18.0 (SPSS Inc., Chicago, Il, USA). The inspection level of the Chi-test is 0.05. Line graphs and columnar diagrams were generated by Microsoft Excel. The map of incidence rates was generated with ArcGIS (version 10.3, ESRI, Inc., Redlands, CA, USA).

Ethics approval of this study has been obtained from the Ethics Committee of Zhejiang Provincial Centers for Disease Control and Prevention (2014–2017). We declared that we have kept all the private information confidential.

3.2. Epidemiological Trend of the PTB Incidence Rate among Full-Time Teachers

Table S1 shows that over 50% of the full-time teachers with TB were less than 40 years old. Cases of TB among teachers greater than 60 years old accounted for the smallest percentage of cases.
Among the total cases, 874 patients were male, and 921 patients were female. The gender ratio (male to female) of all patients from 2005–2016 was 0.95:1. There were 1552 (86.46%) local teachers with TB, while 244 (13.59%) teachers with TB were not local. Han people contributed the most to all cases of TB among full-time teachers, accounting for 99.61% of such cases.

3.5. Associations between Clinical Characteristics of TB and Demographic Factors

The reported number of TB cases detected by direct visits to designated TB hospitals decreased with some fluctuations from 2005 to 2016. The main TB case-finding pattern from 2005 to 2008 was direct visits to designated TB hospitals, but after 2009, the main methods of TB case finding were referrals and tracking. The TB cases detected by physical examination gradually increased after 2009 but still accounted for the smallest number of total TB cases (Figure 4).

Among all the TB cases in full-time teachers, the cure rate of full-time teachers with TB was 77.10%. Table 3 shows the relationships between treatment outcome and its influencing factors. There were significant differences between the groups based on treatment classifications, diagnostic results, ages, case-finding patterns and strategies of patient management. The cure rate decreased with age (x2 = 20.71, p < 0.01). Patients with PTB, patients detected by clinical consultation and patients undergoing initial treatment had relatively high cure rates (x12 = 82.83, p1 < 0.01; x22 = 71.42, p2 < 0.01; x32 = 9.41, p3 < 0.01). Furthermore, patients with self-administration had a far lower cure rate than patients with full-course supervision (x2 = 927.62, p < 0.01) (Table 3).

First, our study did not conduct a deep analysis of the incidence rate of TB among teachers of different ages, genders or other demographic characteristics due to a lack of population data on the age and gender of full-time teachers. Second, due to the sensitivity of TB disease for teachers, some teachers with TB may not be reported, leading to an underestimation of this epidemic. Finally, due to the lack of geographic location of case, we conducted the multiple logistic regression without residual spatial correlation analysis, which may lead to a bias of the model.

In conclusion, the incidence rate of TB among teachers gradually decreased from 2005 to 2016.Teachers suffered a higher risk of TB than students and a lower risk of TB than the total population. Since the teachers are more likely to be the infection source of school TB outbreaks, TB epidemic among full-time teachers is worthy of monitoring. Western Zhejiang was a hotspot for TB incidence, and it is necessary to strengthen physical examinations for TB in those regions to monitor the TB epidemic among teachers. Female teacher and young and middle-aged teacher cases account for the majority of the reported patients. There was a case-finding delay among full-time teachers with TB. Conducting regular physical examinations and strengthening full-course supervision could reduce the risk of case-finding delays and increase the TB cure rate. Intensive patient care and follow-up service should be provided for elderly teachers with TB.

B.C., J.J. and X.W. conceived the study design. X.W. collected the data. H.B. analyzed the data and wrote the manuscript. B.C. and H.B. contributed to the manuscript modification and submission. All the authors have read and approved the final manuscript.

We would like to thank Miss Sun from Xuzhou Medical University for help in data collection and analysis. 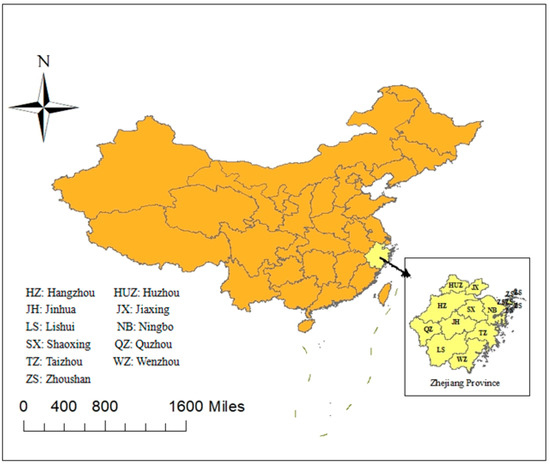 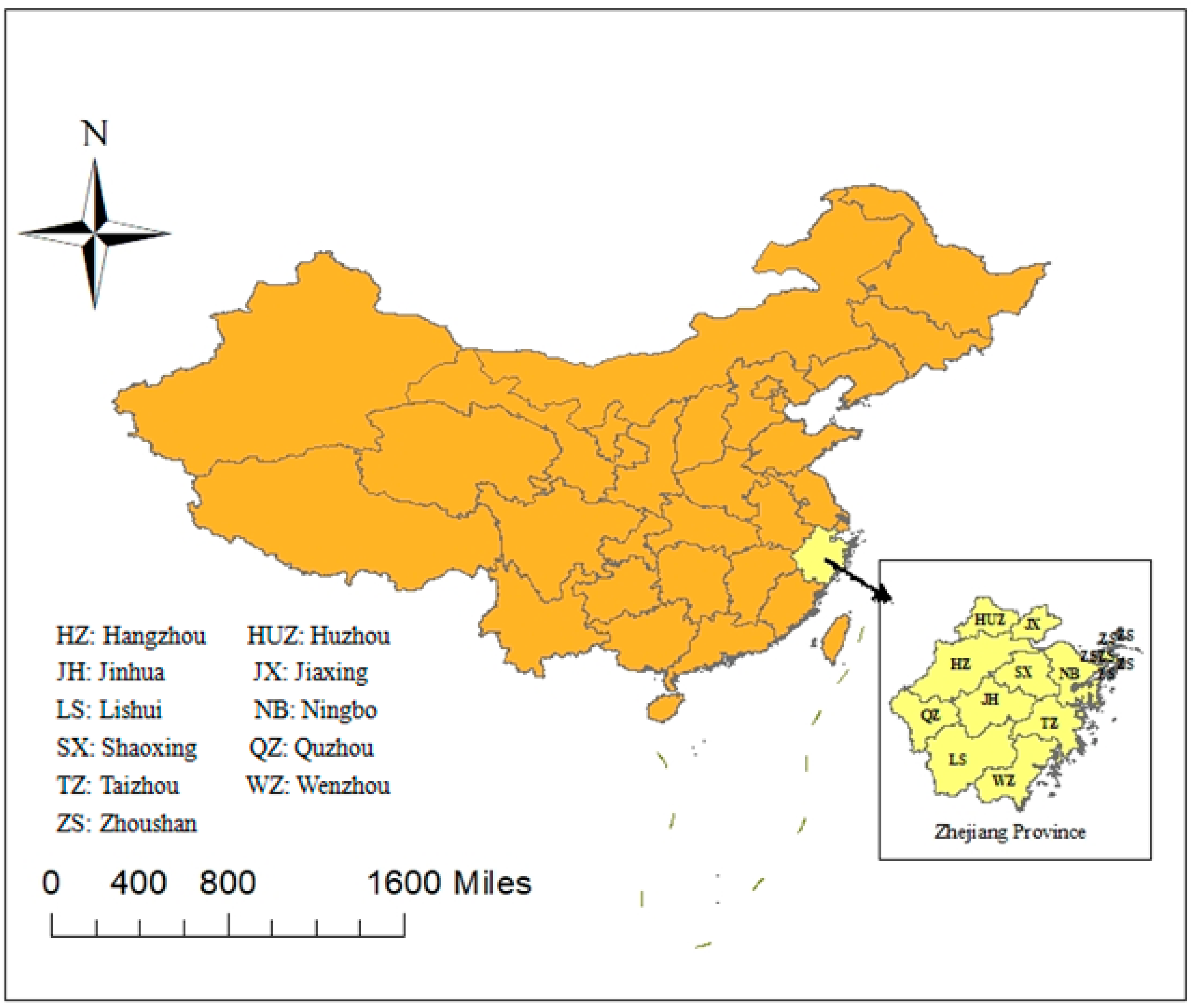 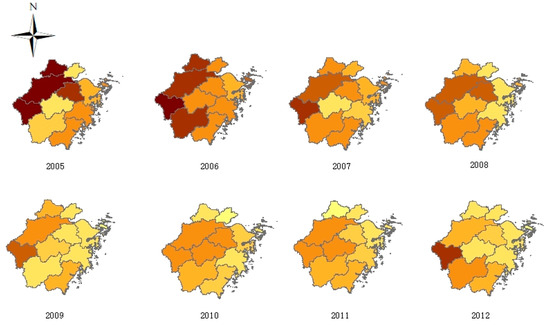 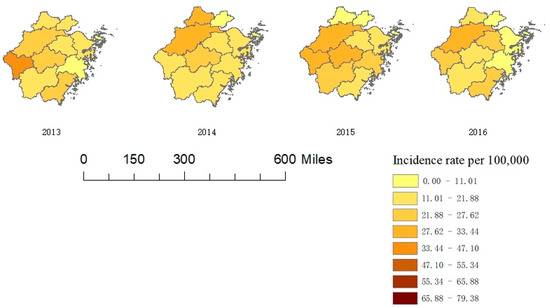 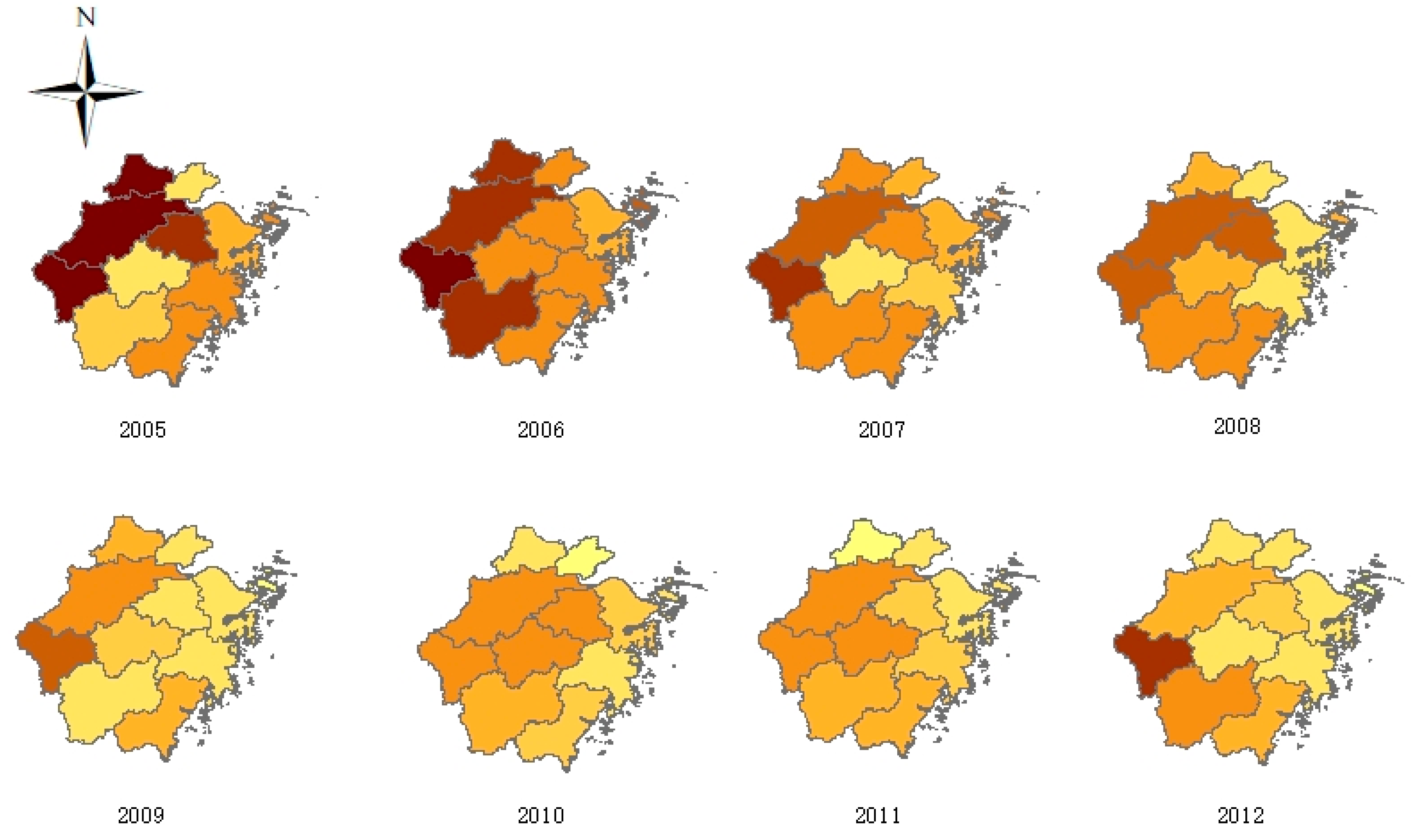 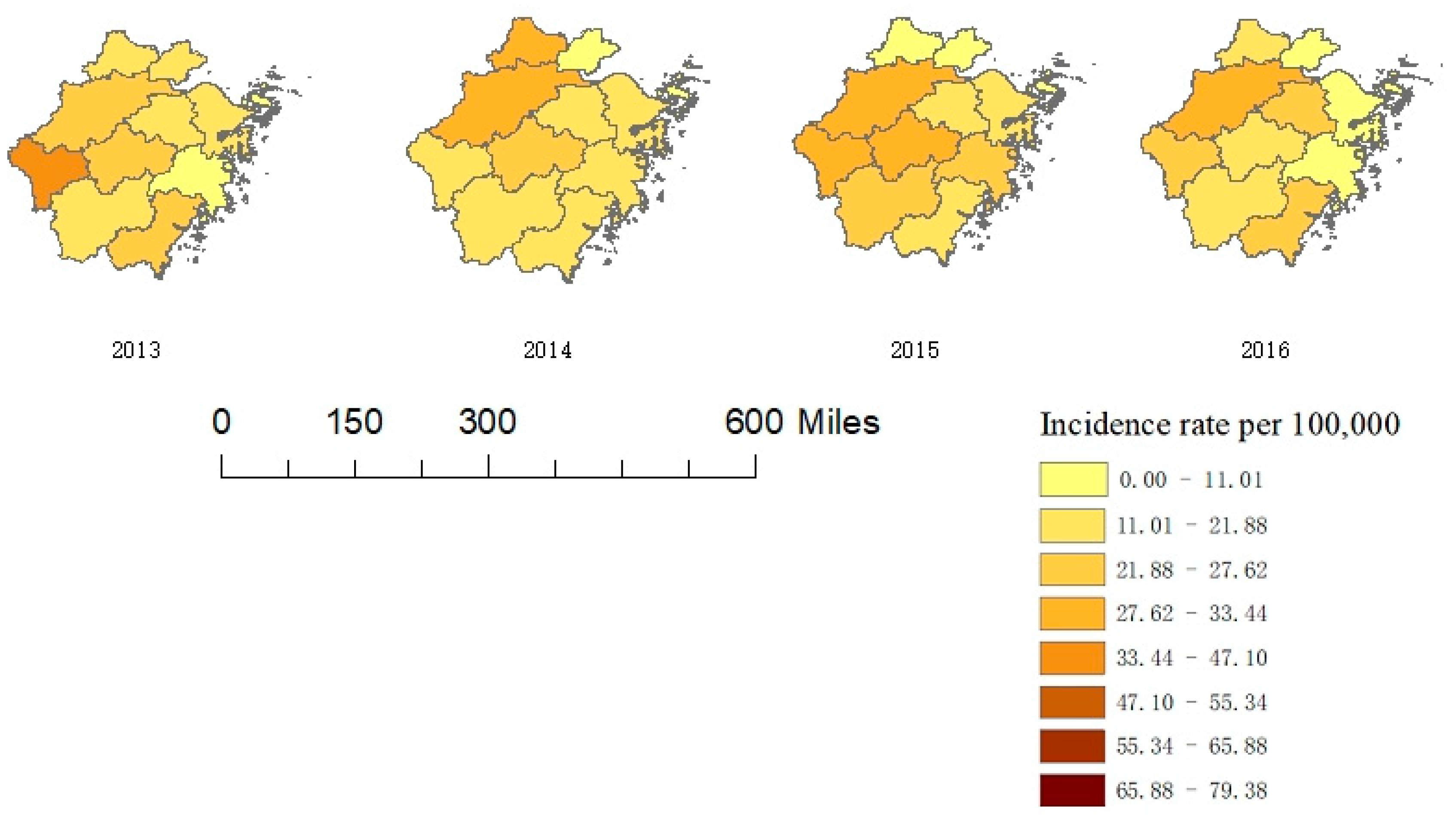 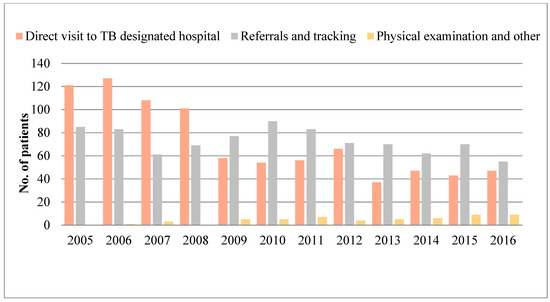 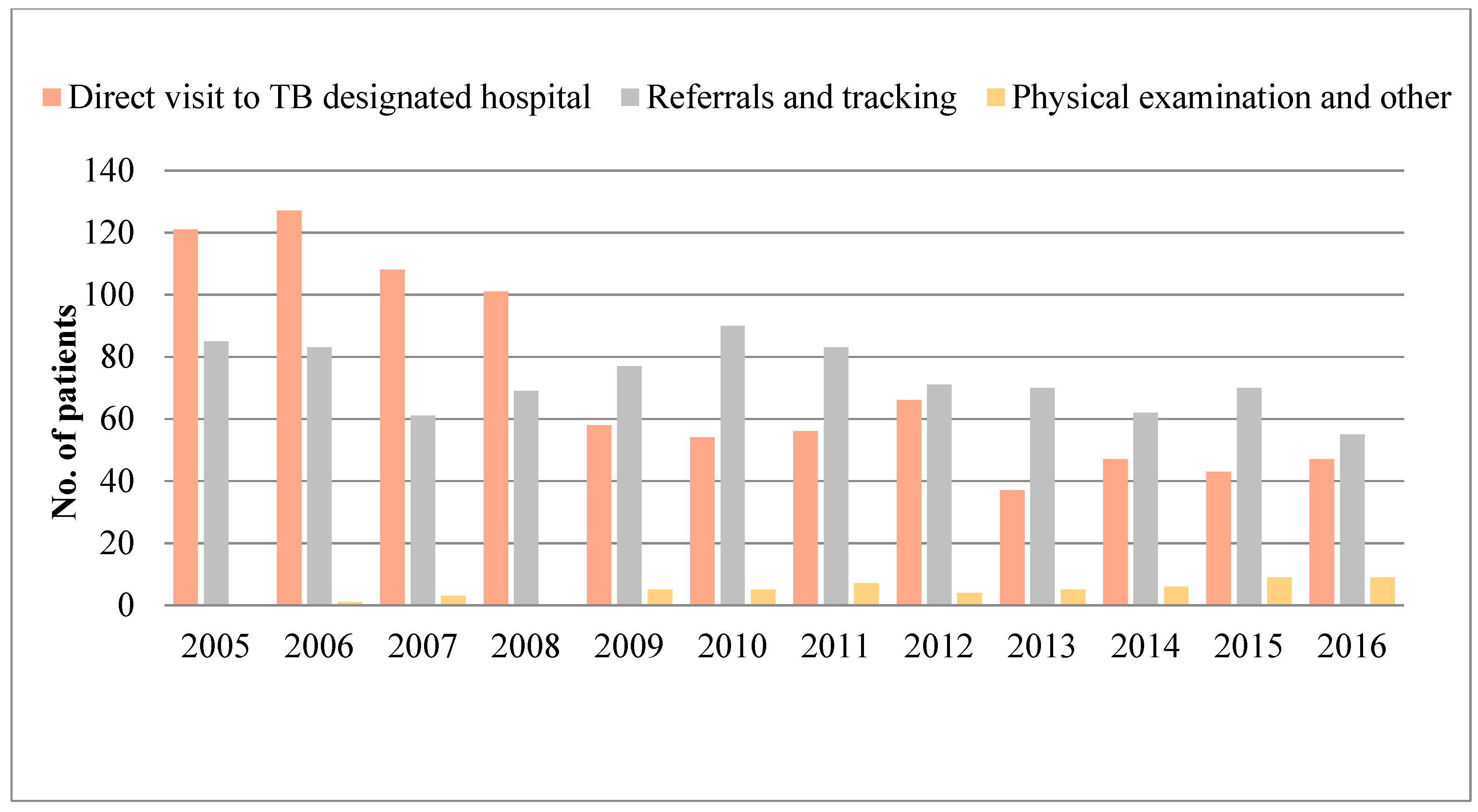