Soil iron has an important impact on the ecological environment and on crop growth. This study selected a typical small watershed basin in the middle reaches of the Han River (Yujiehe) at Ankang City and used geostatistical methods and kriging interpolation to analyze the spatial distribution and structure of soil iron content for different land uses and at different depths, using the single-factor pollution evaluation to evaluate the pollution degree of soil iron. The results showed that soil iron in the Yujie River basin decreased with increasing soil depth, with contents of 8.80 mg/kg, 5.52 mg/kg, and 4.92 mg/kg at depths A1 (0–20 cm), A2 (20–40 cm), and A3 (40–60 cm). According to the classification index of effective trace elements in soil, the average contents of soil iron at these three depths were between 4.5 and 10 mg/kg, which are all considered moderate values. The coefficients of variation of soil iron at the three soil depths were 59%, 75%, and 83%, all of which showed moderate spatial variability, and the coefficient of variation increased gradually with soil depth. With semi-variance calculated at the three soil depths, soil iron optimal theoretical models were all exponential models with nugget coefficients of 9.52%, 47.76%, and 33.93%, indicating that spatial correlation was very strong in the A1 layer and moderate in the A2 and A3 layers. The spatial distribution of soil iron showed some variation in the study area, and the soil content was higher in the midwestern part in the A1 and A2 layers; however, in the A3 layer, the higher content was in the center and lower content was in the southern region. Correlations were significant between soil iron content on the one hand and land-use type and topographic factors on the other. The pollution indices of soil iron at the three soil depths under different land uses were all greater than 1.0, with the A1 layer in farmland being the worst, at 3.34. In the study area, using the background value of soil iron as an evaluation standard, the soil iron content of more than 65% of the Yujiehe region exceeded this standard. View Full-Text
Keywords: soil iron; geostatistical; spatial interpolation; pollution assessment soil iron; geostatistical; spatial interpolation; pollution assessment
►▼ Show Figures 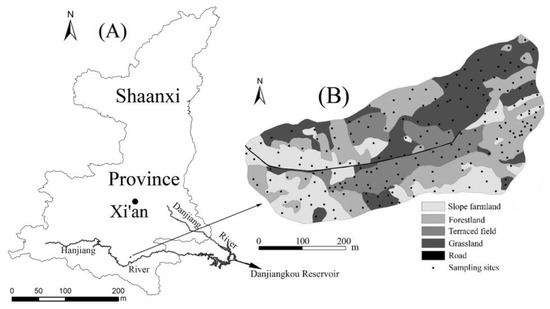