What Works? Prevention and Control of Sexually Transmitted Infections and Blood-Borne Viruses in Migrants from Sub-Saharan Africa, Northeast Asia and Southeast Asia Living in High-Income Countries: A Systematic Review
Next Article in Special Issue

Risks of Ear Complaints of Passengers and Drivers While Trains Are Passing Through Tunnels at High Speed: A Numerical Simulation and Experimental Study
Previous Article in Special Issue

Under some occupational conditions, workers are inevitably exposed to high-intensity radiofrequency (RF) fields. In this study, we investigated the effects of one-month exposure to a 220 MHz pulsed modulated RF field at the power density of 50 W/m2 on the sperm quality in male adult rats. The sperm quality was evaluated by measuring the number, abnormality and survival rate of sperm cells. The morphology of testis was examined by hematoxylin–eosin (HE) staining. The levels of secreting factors by Sertoli cells (SCs) and Leydig cells (LCs) were determined by enzyme linked immunosorbent assay (ELISA). The level of cleaved caspase 3 in the testis was detected by immunofluorescence staining. Finally, the expression levels of the apoptosis-related protein (caspase 3, BAX and BCL2) in the testis were assessed by Western blotting. Compared with the sham group, the sperm quality in the RF group decreased significantly. The levels of secreting factors of SCs and the morphology of the testis showed an obvious change after RF exposure. The level of the secreting factor of LCs decreased significantly after RF exposure. The levels of cleaved caspase 3, caspase 3, and the BAX/BCL2 ratio in the testis increased markedly after RF exposure. These data collectively suggested that under the present experimental conditions, 220 MHz pulsed modulated RF exposure could impair sperm quality in rats, and the disruption of the secreting function of LCs and increased apoptosis of testis cells induced by the RF field might be accounted for by this damaging effect. View Full-Text
Keywords: RF field; testis; sperm quality; apoptosis; rat RF field; testis; sperm quality; apoptosis; rat
►▼ Show Figures 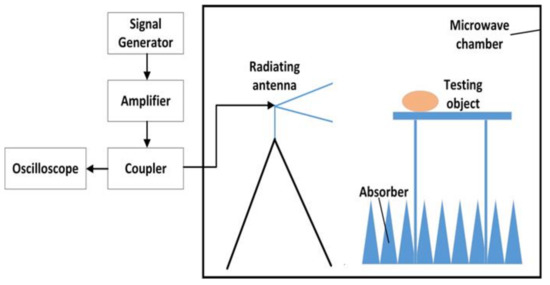