The Application of the Teaching Games for Understanding in Physical Education. Systematic Review of the Last Six Years
Next Article in Special Issue

The study was approved by the University of Vienna Ethics Review Board (Reference Number: 00190) and was conducted in accordance with the Declaration of Helsinki. All subjects provided informed consent after reading a description of all research procedures and received guarantees on data anonymization.

Twelve male lacrosse athletes of the Austrian national team, which competed at the European Indoor Lacrosse Championships (EILC), participated in this study. Subjects were aged between 20 and 36 years with a mean of 26.8 ± 5.6. Athletes’ anthropometric data showed a mean height of 178.4 ± 5.1 cm and a body mass of 78.7 ± 8.8 kg. The calculated body-mass-index (BMI) ranged from 19.0–28.4 with a mean of 24.7 ± 2.4. Only data of subjects that participated in at least one game were included in the evaluation. Furthermore, for a more homogeneously collective sample, the goalkeepers were excluded as the demands of this position differ significantly compared to other positions and players.

During the twelve days prior to the EILC the athletes’ baseline HRV was evaluated using a Polar RS800 heart rate belt and clock device (Polar Electro, Kempele, Finland). The athletes were given verbal instructions on the use of the equipment, an instruction manual, and detailed guidance on the measurement schedule. Prior to, and during the eight days of competition, the athletes monitored their HRV values every morning. HRV data consisted of RMSSD and pNN50. To evaluate the relevant data, subjects were instructed to put on the device and lie on the bed for 5 min before getting up in the morning. All tracked HRV data was stored on the athletes’ allocated Polar RS800 clock. In a second step, data was transferred to a computer and analyzed using Kubios HRV Standard v3.0.1 (Kubios Ltd, Kuopio, Finland) by the research group. Next all data was collected and summarized, and a “Masterfile” for statistical analyzation was created in Microsoft Excel (Microsoft Corporation, Redmond, WA, USA). Data included RMSSD and pNN50 daily baseline values, baseline mean values, values for each day of competition and mean values over the course of competition for each player. In a final step, the Excel “Masterfile” was transferred to a statistical program for statistical analyzation. RMSSD and pNN50 values were categorized as OM for all further analysis and results.
In addition to HRV measurement athletes recorded their subjective perception during the competition period. Therefore, athletes’ completed Short Recovery and Stress Scale for Sports (SRS) questionnaire [1]. SRS consisted of 4 questions including muscular stress, activity status, emotional balance, and overall demands/condition to determine stress level (SRS-S):
In the same manner, recovery level was asked by 4 questions including physical capacity, mental capacity, emotional balance, and overall recovery condition (SRS-R):
Athletes had to rate each question on a seven-point scale from 0 (strongly disagree) to 6 (strongly agree). Further, recovery quality was evaluated using the total quality recovery (TQR) questionnaire. Additionally, the rate of perceived exertion (RPE) questionnaire was used in accordance to Borg [10]. For a better comparison the 6 (very, very poor recovery) to 20 (very, very good recovery) Borg scale was used for TQR and RPE [9]. Athletes completed SRS and TQR questionnaires every day at the morning team meeting. RPE was registered individually 15 min after the end of each game. All tracked questionnaires were collected by the research group and data was entered into a Microsoft Excel file. In a second step the data was transferred to the “Masterfile”. Data included a point score for each day of competition and mean values over the course of competition for each player and each test performed. SRS, TQR, and RPE values were categorized as SM for all further analysis and results.
Competition consisted of seven games played over a period of eight days. The competition started Saturday and ended on the following Saturday. The Austrian team played six games in a row before they had a day off on Friday (day 7). This rest day consisted of two light training sessions, one in the morning and one in the afternoon, with a duration of 60 min each. On the eight day the final placement game took place. All games were played at different times between 8:00 am and 10:00 pm. A more detailed information of the schedule and score for each game played by Team Austria is provided in Table 1. All games were played on an indoor ice rink on a concrete surface (no ice). The regulation playing time of a game was 60 min in total, divided into four 15 min quarters, with 2-min quarter breaks and a 12-min half time break. Physiological demands like IL and EL and other influencing factors like sleep and nutrition, were not registered during and over the course of competition.

All statistical analysis was performed with the software SPSS v24.0 (SPSS Inc., Chicago, IL, USA). Assumptions of normality were verified by Shapiro Wilk test and histograms. To determine changes over time for each of the independent variables separate repeated measurement of ANOVAS were performed. To evaluate differences between first and last day of competition a paired t-test was performed. Pearson’s Product-Moment Correlation was used to understand the relationship between objective and subjective methods. For prediction of metric data, multiple linear regression analysis was used. Effect sizes (ES) were calculated as partial eta-squared (η2) categorized as small = 0.01, moderate = 0.10, and large = 0.25. Additionally, effect sizes d according to Cohen et al. [27] were calculated. The magnitude of the inferences was determined as small (d = 0.2–0.5), medium (d > 0.5–0.8), large (d > 0.8–1.3), and very large (d > 1.3). All parameters are presented as mean ± standard deviation (SD) unless stated otherwise. The significance level for all tests was set at p ≤ 0.05. All calculations are based on a 95% confidence interval (CI).

In accordance to the findings of this study, it can be concluded that objective and subjective methods are two independent methods to evaluate load and recovery status during competition. Each method on its own seems to give valid and reliable information, but do not allow any direct conclusion to be drawn from one method to the other, respectively. On the other hand, different observed SM showed correlations between each other. Therefore, we conclude that RPE in combination with TQR or SRS only are enough to give subjective information about athletes’ load and recovery status. Nevertheless, the authors recommend coaches and practitioners to combine OM and SM to evaluate athletes’ load and recovery status. One reason for this conclusion is the missing relationship and reliable prediction of OM using SM found in this study. Furthermore, each method of itself shows advantages and disadvantages. SM are not as objective but give a fast and direct response as they are easy to implement and do not require expensive or additional equipment. OM on the other hand seem to provide a dispassionate and more reliable information but require additional equipment and time. Taking this into account, the authors recommend using the two methods for reciprocal control of each other, to limit incorrect interpretation and improve explanatory power.

This is to thank all participants and the Austrian Lacrosse Association for their cooperation and help in the implementation of the project. Open access funding provided by University of Vienna. 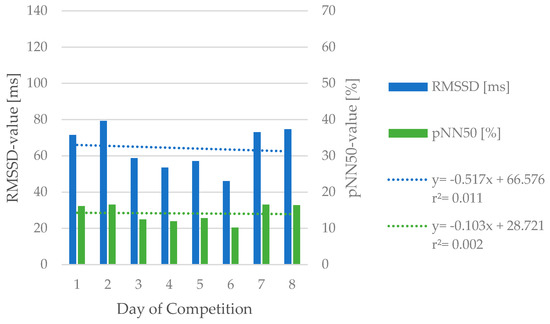 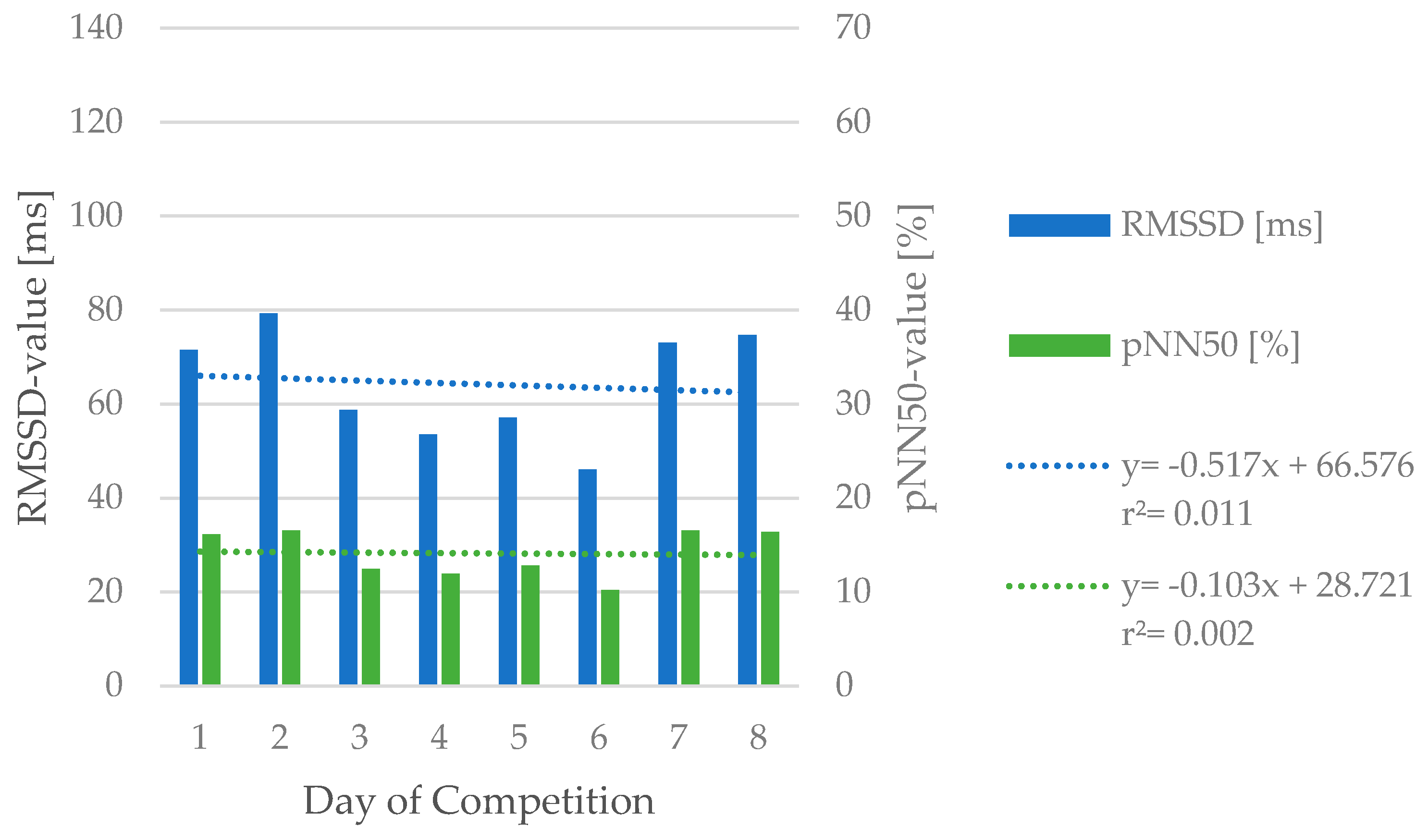 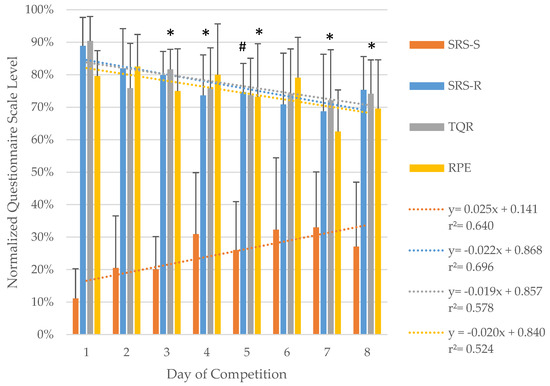 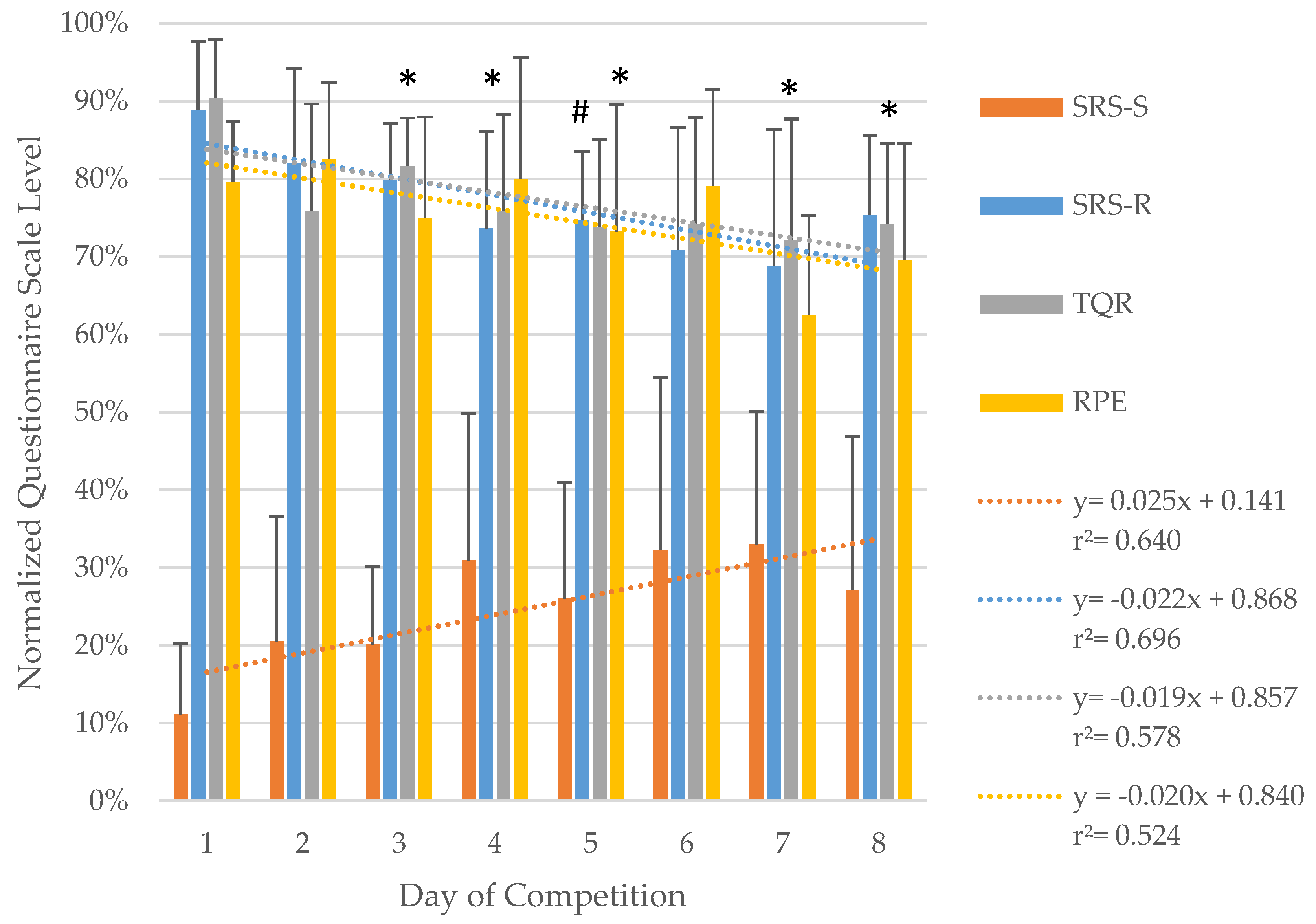