Perceptions of Heat-Susceptibility in Older Persons: Barriers to Adaptation
Previous Article in Journal

Is Neurodegenerative Disease a Long-Latency Response to Early-Life Genotoxin Exposure?

Parkinson’s disease (PD) is a common neurodegenerative movement disorder that is characterized pathologically by a progressive loss of midbrain dopaminergic neurons and by protein inclusions, designated Lewy bodies and Lewy neurites. PD is one of the most common neurodegenerative diseases, affecting almost 1% of the population over 60 years old. Although the symptoms and neuropathology of PD have been well characterized, the underlying mechanisms and causes of the disease are still not clear. Genetic mutations can provide important clues to disease mechanism, but most PD cases are sporadic rather than familial; environmental factors have long been suspected to contribute to the disease. Although more than 90% of PD cases occur sporadically and are thought to be due, in part, to oxidative stress and mitochondrial dysfunction, the study of genetic mutations has provided great insight into the molecular mechanisms of PD. Furthermore, rotenone, a widely used pesticide, and paraquat and maneb cause a syndrome in rats and mice that mimics, both behaviorally and neurologically, the symptoms of PD. In the current review, we will discuss various aspects of gene-environment interaction that lead to progressive dopaminergic neurodegenration, mainly focusing on our current finding based on stress-mediated parkin dysfunction. View Full-Text
Keywords: Parkinson’s disease; parkin; gene; environment; dopaminergic Parkinson’s disease; parkin; gene; environment; dopaminergic
►▼ Show Figures 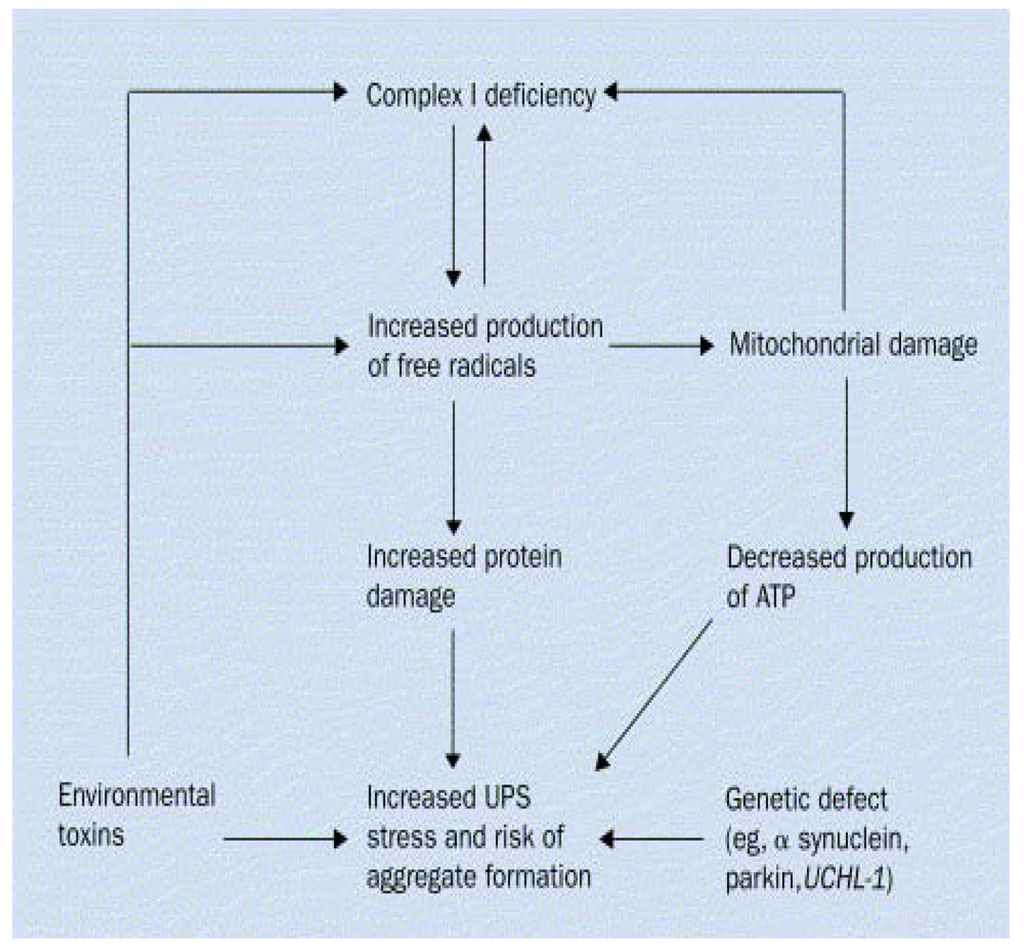