This study aimed to provide baseline information about wild edible tree species (WETs) through surveying of different ethnic groups in dryland areas in Ethiopia. Here the data about WETs are scant, and WETs status is unexplained under the rampant habitat degradation. Use forms, plant parts used, status, ethnobotanical knowledge, conservation needs as well as those threats affecting WETs were reviewed. The study identified 88 indigenous wild edible plants, of which 52 species were WETs. In most cases, fruits were found as the dominant use part, and they were used as raw but were occasionally cooked and preserved. Roots and bark uses are also reported from Ximenia americana and Racosperma melanoxylon respectively. June, July and August were critical periods observed for food shortage in most of the regions. However, in the Gambella region, food shortages occurred in most months of the year. The respondents in this region suggested that WETs could potentially provide them with enough food to make up for the shortage of food from conventional agricultural crops. From the respondents’ perception, Opuntia ficus-indica, Carissa edulis and Ficus vasta were among the most difficult to locate species, and they also received the highest conservation attention. Because of the variety of WETs and existing different threats, a management strategy is required for future conservation, as WETs are vital for the livelihood of local communities and are also necessary to devise a food security strategy for Ethiopia. The lesson obtained could also be useful in other dryland parts in developing countries with similar contexts. View Full-Text
Keywords: wild edible tree species; biodiversity; ethnic groups; conservation; food security wild edible tree species; biodiversity; ethnic groups; conservation; food security
►▼ Show Figures 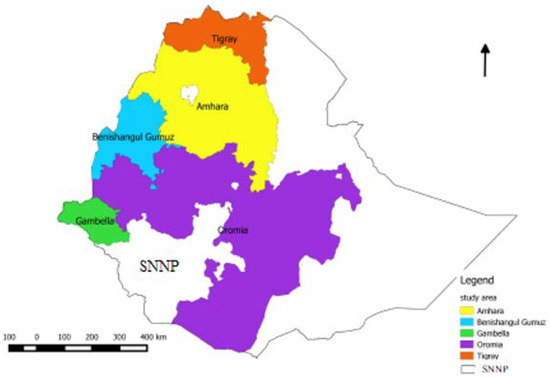