No G-Quadruplex Structures in the DNA of Parvovirus B19: Experimental Evidence versus Bioinformatic Predictions
Previous Article in Journal

Canine parvovirus (CPV) is an important cause of disease in domestic dogs. Sporadic cases and outbreaks occur across Australia and worldwide and are associated with high morbidity and mortality. Whether transmission of CPV occurs between owned dogs and populations of wild dogs, including Canis familiaris, Canis lupus dingo and hybrids, is not known. To investigate the role of wild dogs in CPV epidemiology in Australia, PCR was used to detect CPV DNA in tissue from wild dogs culled in the peri-urban regions of two Australian states, between August 2012 and May 2015. CPV DNA was detected in 4.7% (8/170). There was a strong geospatial association between wild-dog CPV infections and domestic-dog CPV cases reported to a national disease surveillance system between 2009 and 2015. Postcodes in which wild dogs tested positive for CPV were 8.63 times more likely to also have domestic-dog cases reported than postcodes in which wild dogs tested negative (p = 0.0332). Phylogenetic analysis of CPV VP2 sequences from wild dogs showed they were all CPV-2a variants characterized by a novel amino acid mutation (21-Ala) recently identified in CPV isolates from owned dogs in Australia with parvoviral enteritis. Wild-dog CPV VP2 sequences were compared to those from owned domestic dogs in Australia. For one domestic-dog case located approximately 10 km from a wild-dog capture location, and reported 3.5 years after the nearest wild dog was sampled, the virus was demonstrated to have a closely related common ancestor. This study provides phylogenetic and geospatial evidence of CPV transmission between wild and domestic dogs in Australia. View Full-Text
Keywords: canine parvovirus; peri-urban; wild dogs; disease transmission; Australia canine parvovirus; peri-urban; wild dogs; disease transmission; Australia
►▼ Show Figures 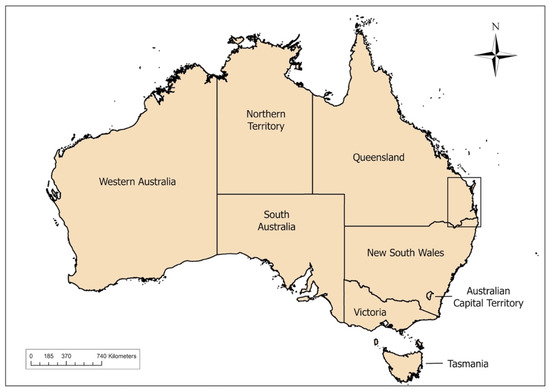