Business Models Amid Changes in Regulation and Environment: The Case of Finland–Russia
Previous Article in Journal

Policy Response, Social Media and Science Journalism for the Sustainability of the Public Health System Amid the COVID-19 Outbreak: The Vietnam Lessons

This study investigates the use of an alternative energy source in the production of electric energy to meet the increasing energy requirements, encourage the use of clean energy, and thus reduce the effects of global warming. The alternative energy source used is a mechanical energy by piezoelectric material, which can convert mechanical energy into electrical energy, that can convert mechanical energy from pressure forces and vibrations during activities such as walking and traveling into electrical energy. Herein, a pilot device is designed, involving the modification of a bicycle into a stationary exercise bike with a piezoelectric generator, to study energy conversion and storage generated from using the bike. Secondly, the piezoelectric energy harvesting system is used on bicycles as a micro-mobility, light electric utility vehicle with smart operation, providing a novel approach to smart city design. The results show that the energy harvested from the piezoelectric devices can be stored in a 3200 mAh, 5 V battery and power sensors on the bicycle. Moreover, 13.6 mW power can be generated at regular cycling speed, outputting 11.5 V and 1.2 mA. Therefore, the piezoelectric energy harvesting system has sufficient potential for application as a renewable energy source that can be used with low power equipment.
Keywords: shared mobility; piezoelectric; energy harvesting; two-wheelers; smart city shared mobility; piezoelectric; energy harvesting; two-wheelers; smart city

2. Energy Harvesting from a Commuter Bicycle

In this section, the piezoelectric energy harvested from using an exercise bike is examined. The piezoelectric material used in the study is PZT-5H, PZT one of the most popular and commercial synthetic piezoelectric-ceramics owing to its atomic structure resulting in high relative electric displacement and permittivity, capable of working at a high Curie temperature. Moreover, PZT-5H has a better performance over other piezoelectric-ceramics at a comparable price. During its operation the piezoelectric apparatus converts mechanical energy into electrical energy, through an electromotive force created by a magnet mounted on the wheel, which causes a re-orientation of the corresponding magnets due to the polarity alignment causing repulsion between the magnets that are positioned on the tip of the piezoelectric device, as shown in Figure 1. The electric power is generated from both the thickness and shear modes of operation. However, here the emphasis is on the thickness mode because the installation of the piezoelectric devices and magnets, causing the tip displacement along the thickness axis.
The tip displacement of the piezoelectric modules causes a re-arrangement of the internal dipoles and the formation of an electric potential difference between the two sides, resulting in a current flow through the material, forming electrical energy. This electrical energy can be harvested through an energy harvesting circuit and stored in capacitors and batteries for later use. Allowing the energy to be used in low power devices such as sensors, Figure 1 presents the concept of energy harvesting from an exercise bike.
The overall energy harvesting flow chart is shown in Figure 2. A rectifier circuit converts the electrical signal from AC to DC, with a capacitor arrangement employed to reduce the ripple voltage. A voltage regulator circuit is used to reduce and maintain a constant voltage that connects to two batteries; the two batteries work as energy collectors and supply power to the load. Finally, a voltage converter increases or decreases the voltage level to meet load requirements.
Voltage signals generated from the piezoelectric module were investigated by installing piezoelectric devices in varied configurations, from one to four modules with series and parallel circuitry configurations. Experiments were conducted at a cycling speed of 75 and 120 revolutions per minute (rpm). The open circuit voltage signals collected from the oscilloscope are seen in Figure 3, with measured electrical quantities presented in Table 1.
The pre-testing experiment excited the piezoelectric with direct force in order to study the circuit configuration that is suitable for installation in the subsequent investigations among two different speeds. The opened circuit voltage and the current when connected one kilohm resistance are measured, the output is calculated. From the experimental result, it can be seen that an average speed of 120 rpm had higher power output than 75 rpm because the piezoelectric module oscillated a greater vibration amplitude. At the same speed, the parallel configuration has a higher current and output power than the series configuration with constant voltage. Therefore, the parallel piezoelectric coupling was chosen to harvest energy from the exercise bike.
In the design of the rectifier circuit, the approximate input voltage from piezoelectric is set to 30 V; from this, the single-phase bridge rectifier KBP202G, capacitor (C1, C2, C3 = 0.1 µF) values, and positive voltage regulator L7815CV are selected to perform the energy harvesting circuit; the output voltage is equal to 15 V. The two cells are lithium-ion batteries, operating at 3.7 V, with a capacity of 2850 mAh. The energy harvesting circuit and schematic is shown in Figure 4.
Two cells, batteries A and B, are collecting energy and supplying the load alternatively, controlled by an open-source electronics platform, Arduino, set to interlocking mode. When the two cells are charging at the same time, the load consumes more current, resulting in rising heat loss and reduced battery life. The controller performs the following actions:
The speed measuring device uses a magnetic switch as a signal detector, with the switch consisting of two magnets positioned on the steel beam near the rear wheels, and the spokes of the rear wheels, as shown in Figure 5. When cycling, the magnet attached to the wheel spokes moves through the other magnets mounted on the steel beam. Arduino calculates and shows the speed on the LCD display mounted on the bars.
The electrical quantities were measured at three cycling speeds: 100, 120, and 140 rpm, with the measurement points shown in Figure 6. Point 1 is the AC voltage from the eight piezoelectric energy harvesters, connected in parallel. Point 2 is the DC voltage after the voltage regulation circuit. Point 3 is the DC voltage behind the battery. Point 4 is the DC voltage after the converter. The magnetic distance between the bike wheels and the piezoelectric devices was varied with different spacings, i.e., 6, 9 and 12 mm, and the results are shown in Table 2.
From the results it can be seen that at each magnetic distance, the piezoelectric apparatus generated comparable voltage output. A magnet spacing of 12 mm is chosen, as this length produced the highest magnetic force and provided clearance to protect the piezoelectric material from collision during operation.
Furthermore, at speeds of 100 and 140 rpm it was observed that the harvested energy was not being stored efficiently as battery charge. However, at a speed of 120 rpm the maximum AC voltage was observed, and the energy was stored in the battery efficiently. This is due to the optimized magnetizing force, which allows the piezoelectric modules to have the appropriate vibrating amplitude and frequency corresponding to the natural frequency of the piezoelectric material, resulting in more efficient power transfer.

3. Micro-Mobility Based on Piezoelectric Energy Harvesting

In this paper, an exercise bike has been modified by mounting a piezoelectric material apparatus on the frame, to be used as an electromechanical converter, converting the energy generated by exercise by-products into electrical energy. The installation and configuration of the piezoelectric harvesting apparatus were examined, and the location and distance of permanent magnets were investigated, to generate the maximum output energy.
From the results of the experiment adapting the energy harvesting system with piezoelectric in the first part of the experiment, a system with a moving exercise bike was developed. The efficiency of energy harvesting through the harvesting circuit was examined, with electrical measurements taken at four different positions in the circuit: the DC voltage after converter circuit, behind the capacitor, behind the battery, and after the boost converter circuit. The distance between the magnet attached to the piezoelectric plate and the magnet attached to the wheel frame was 2.2 cm for the front wheel, and 1.3 cm between the rear wheel fenders. The effect of the road surface on power generation showed that cycling on rough surfaces harvested the most energy, with more power being generated because of the additional shaking of the piezoelectric device. The influence of cyclist load weight on power generation was examined and was seen to not affect the energy harvested.
There is scope to improve the energy harvesting of this piezoelectric apparatus, through the addition of more piezoelectric modules or by increasing the magnet distance to the bicycle structure, or moving the magnets closer to each other; improving the energy harvested through the further optimization of physical parameters and density of piezoelectric modules is an area of future investigation. The results have shown promise for Internet of Things applications, in a more extensive system, that is able to support wireless device connection, self-powered micro-mobility devices are capable of generating significant data, and are an exciting prospect for Smart City design.

C.J. conceptualization, formal analysis and design the experiment. P.S. performed the experiments, investigation and analyzed the data; C.J. funding acquisition, and A.N. contributed resource; C.J. wrote the paper, and A.N review and editing. All authors have read and agreed to the published version of the manuscript.

The authors wish to gratefully acknowledge financial support for this research (No. KREF046106) from King Mongkut’s Institute of Technology Ladkrabang Research fund, Thailand. 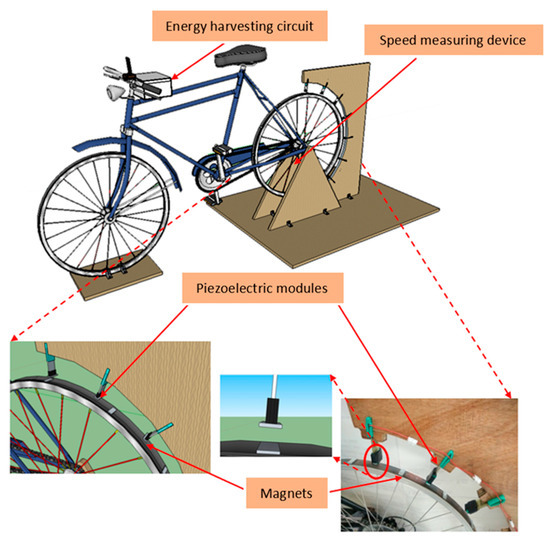 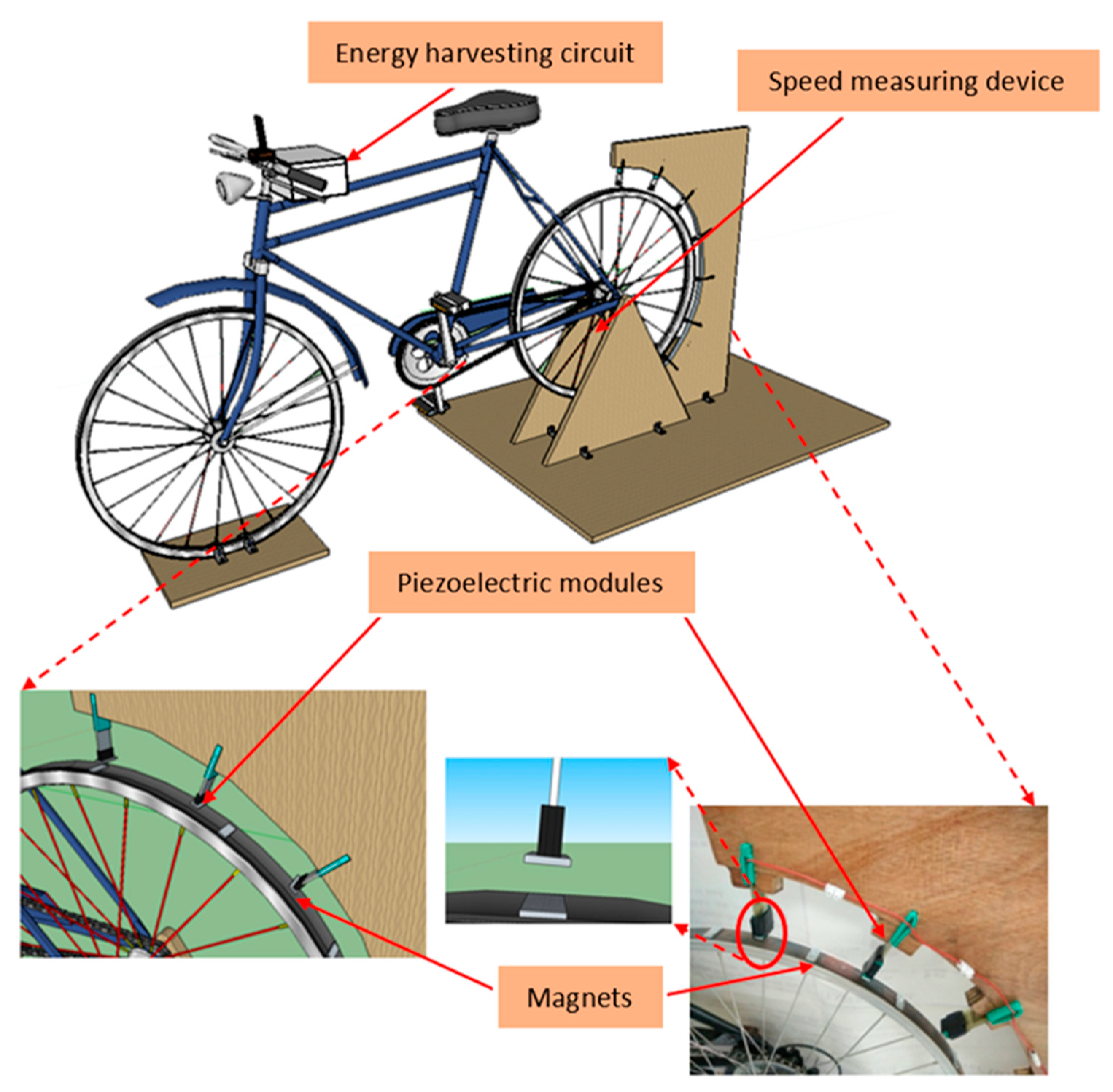 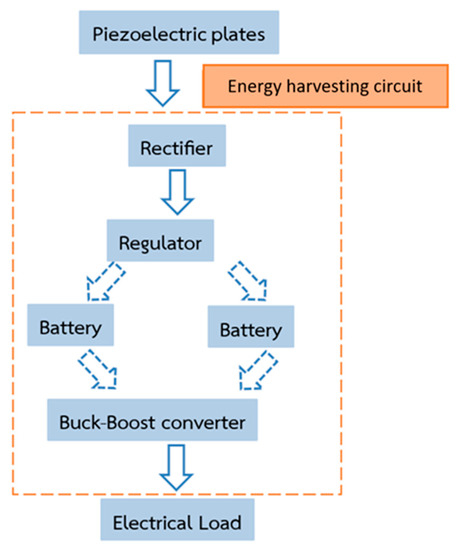 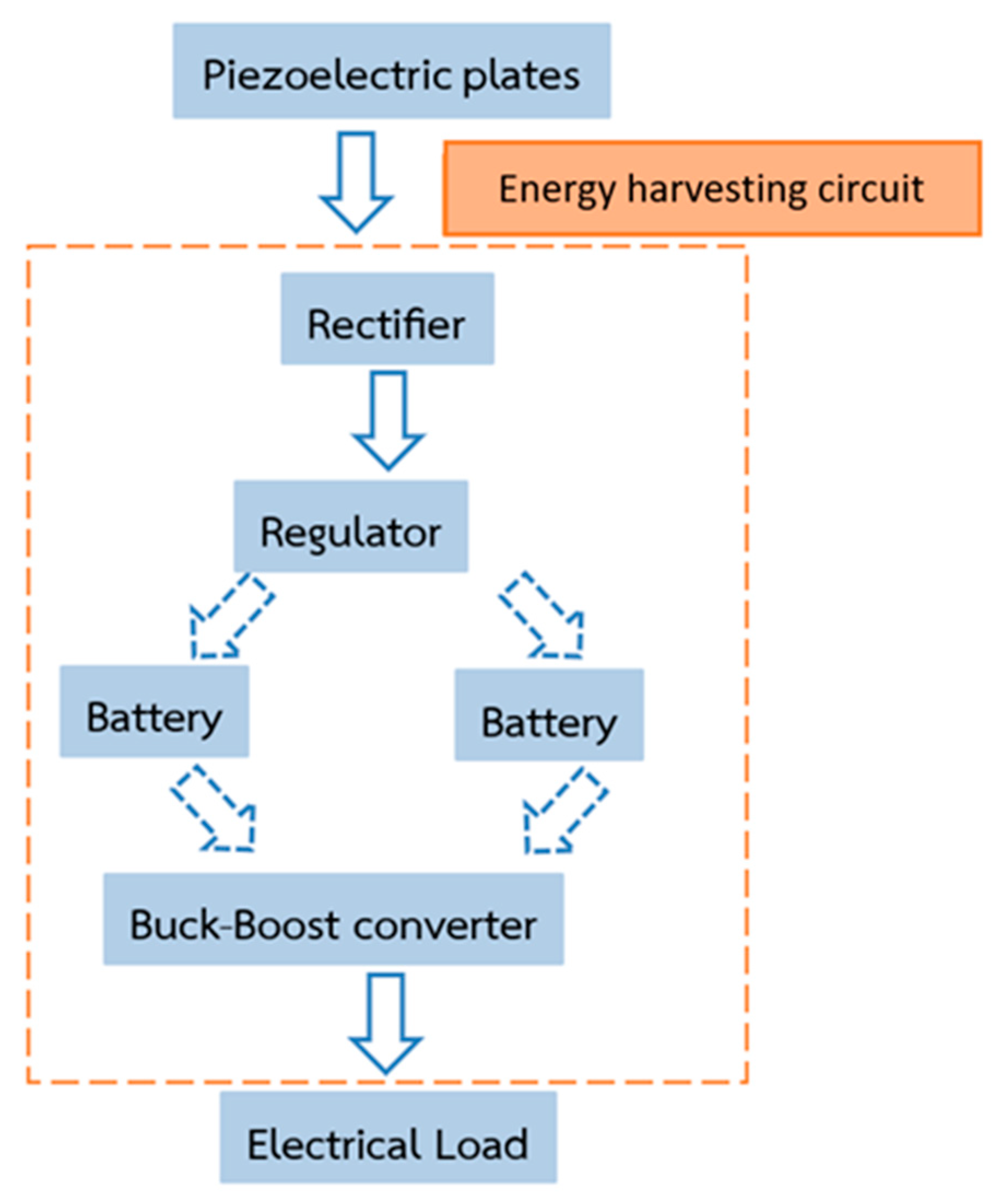 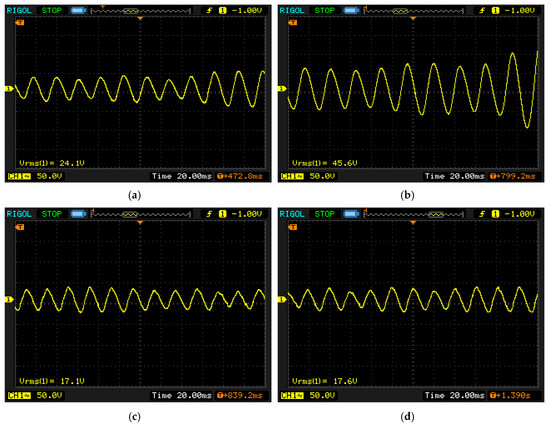 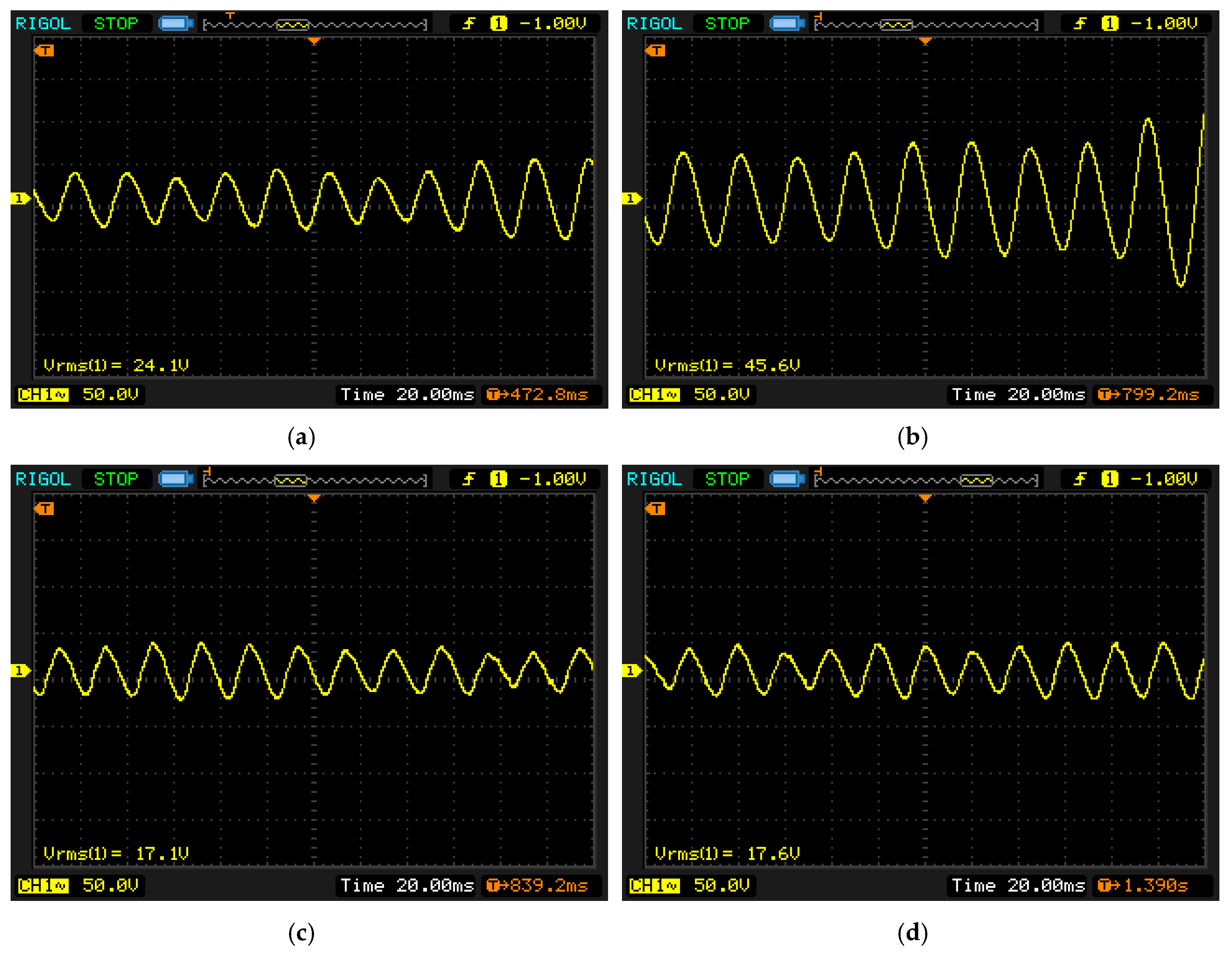 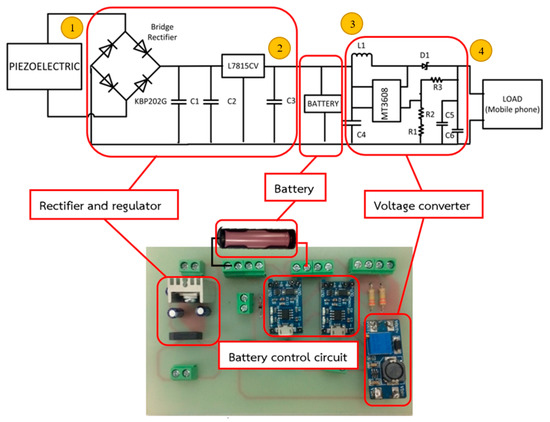 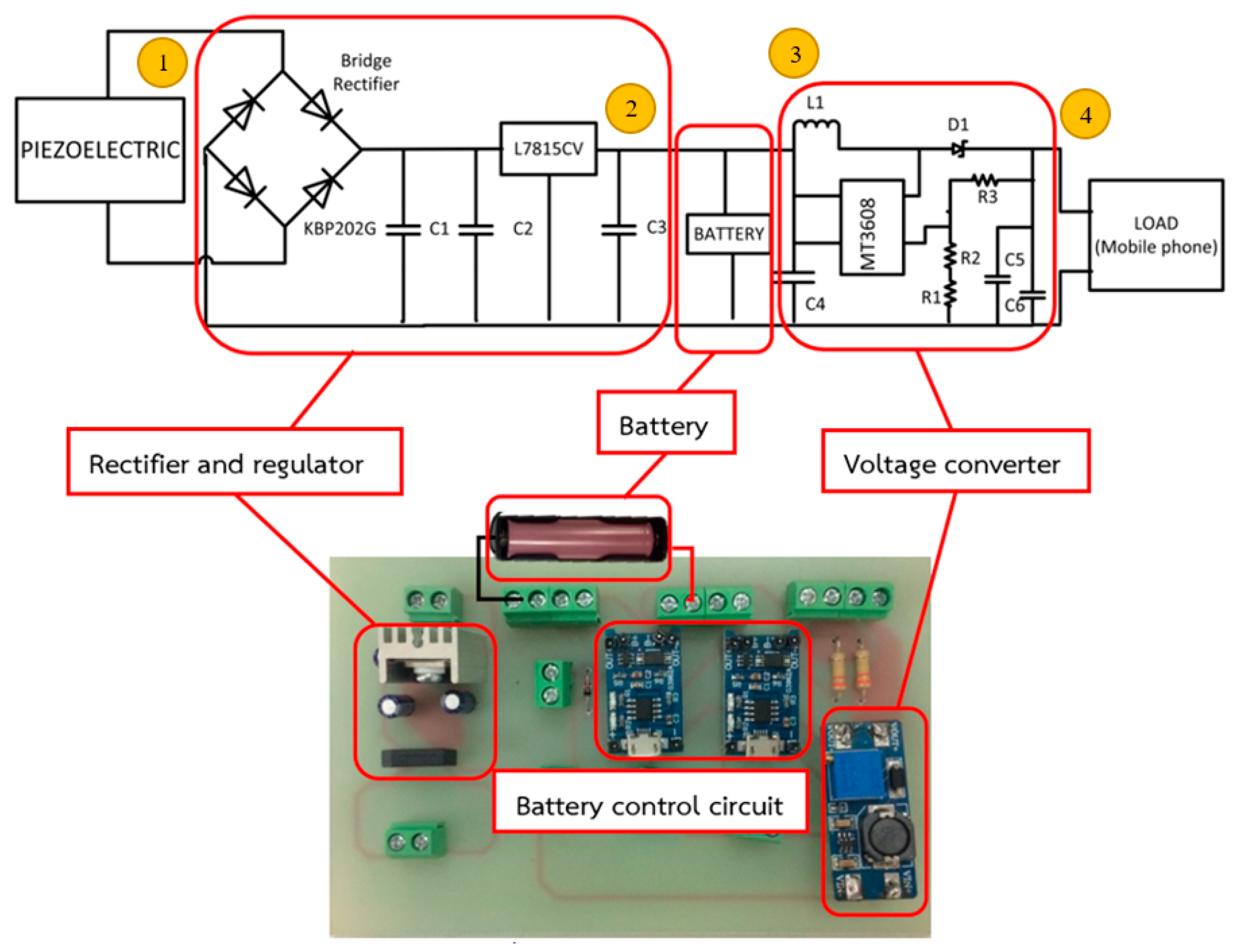 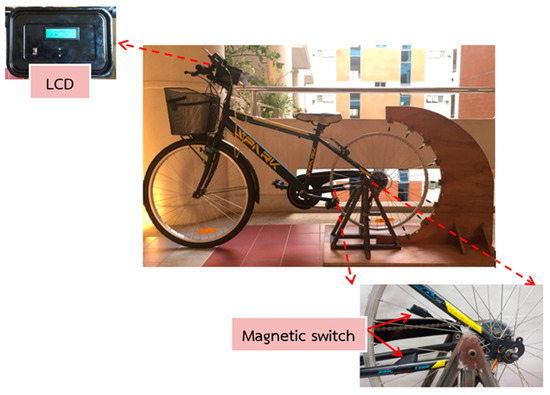 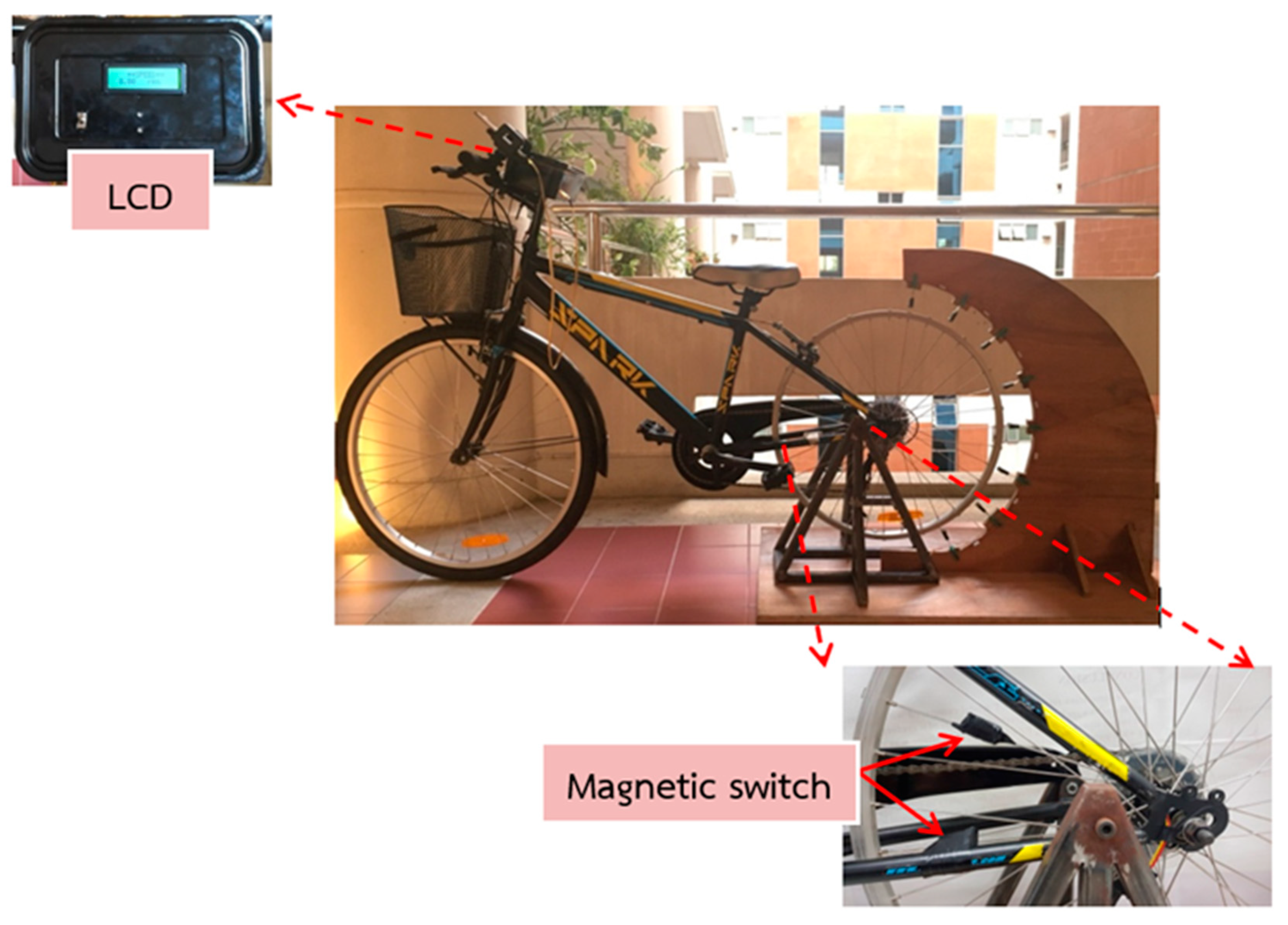 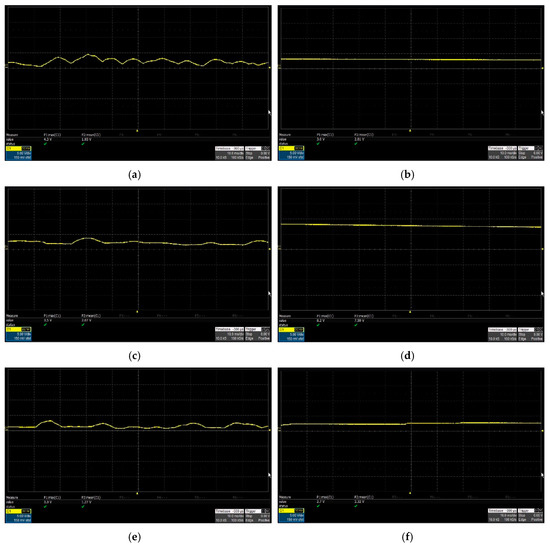 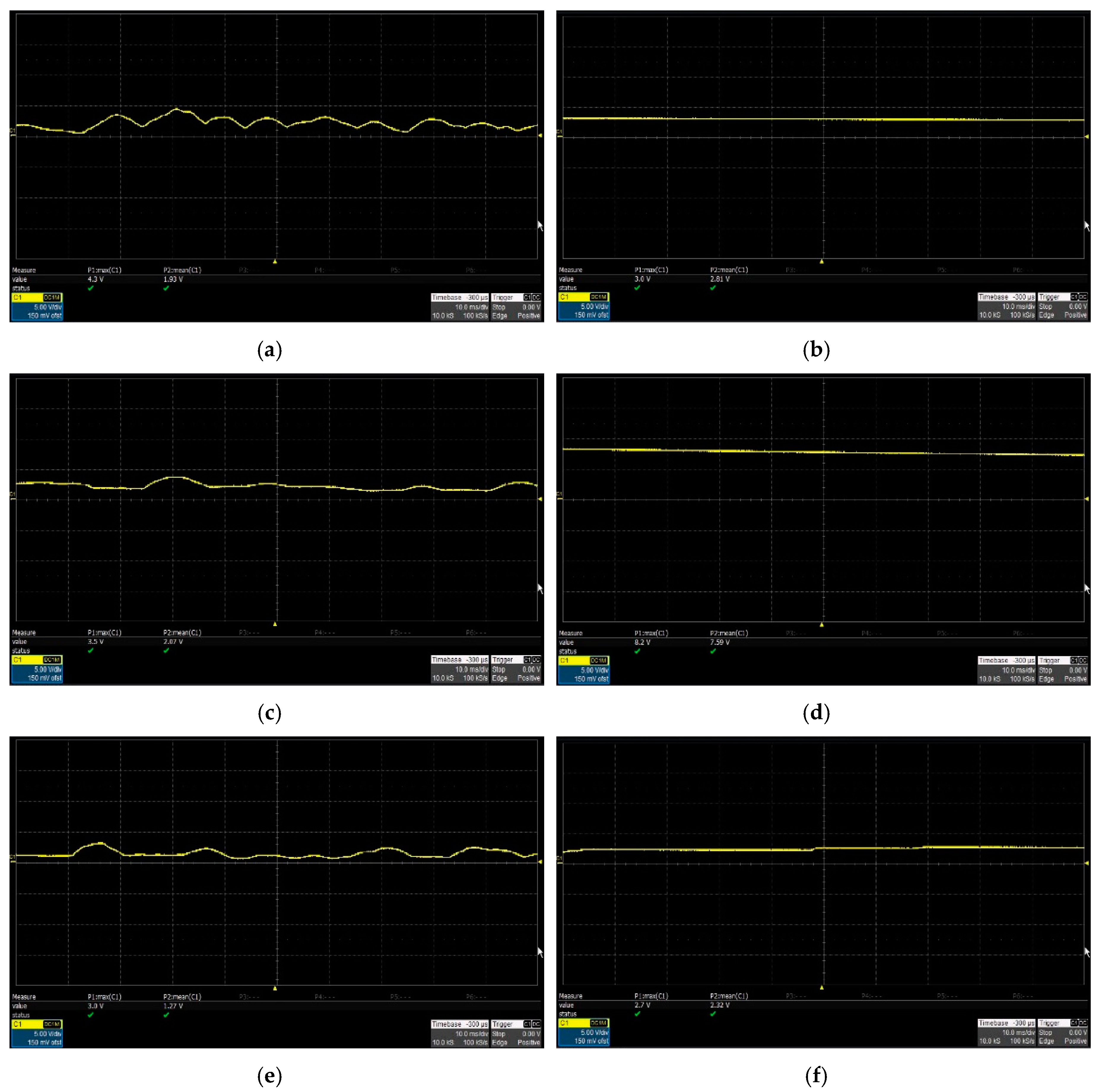