Purification and Biochemical Characterization of TsMS 3 and TsMS 4: Neuropeptide-Degrading Metallopeptidases in the Tityus serrulatus Venom
Previous Article in Journal

Long-term effects of envenoming compromise the quality of life of the survivors of snakebite. We searched MEDLINE (from 1946) and EMBASE (from 1947) until October 2018 for clinical literature on the long-term effects of snake envenoming using different combinations of search terms. We classified conditions that last or appear more than six weeks following envenoming as long term or delayed effects of envenoming. Of 257 records identified, 51 articles describe the long-term effects of snake envenoming and were reviewed. Disability due to amputations, deformities, contracture formation, and chronic ulceration, rarely with malignant change, have resulted from local necrosis due to bites mainly from African and Asian cobras, and Central and South American Pit-vipers. Progression of acute kidney injury into chronic renal failure in Russell’s viper bites has been reported in several studies from India and Sri Lanka. Neuromuscular toxicity does not appear to result in long-term effects. Endocrine anomalies such as delayed manifestation of hypopituitarism following Russell’s viper bites have been reported. Delayed psychological effects such as depressive symptoms, post-traumatic stress disorder and somatisation have been reported. Blindness due to primary and secondary effects of venom is a serious, debilitating effect. In general, the available studies have linked a clinical effect to a snakebite in retrospect, hence lacked accurate snake authentication, details of acute management and baseline data and are unable to provide a detailed picture of clinical epidemiology of the long-term effects of envenoming. In the future, it will be important to follow cohorts of snakebite patients for a longer period of time to understand the true prevalence, severity, clinical progression and risk factors of long-term effects of snake envenoming. View Full-Text
Keywords: long-term; chronic; delayed; envenoming; snakebite long-term; chronic; delayed; envenoming; snakebite
►▼ Show Figures 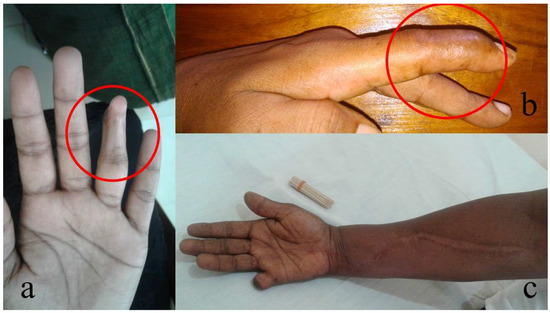