The dimensioning of canal geometry in a surface drainage network influences the size and functionality of canal structures, reduces flood hazard, and consequently imposes restrictions on land use. Reliable free-surface flow calculation for optimization of the canal network can be challenging because numerous hydraulic structures and canal interactions influence the flow regime. The HEC-RAS software of the US Army Corps of Engineers’ Hydrologic Engineering Center is often used for this purpose as it allows the user to simulate the effect of numerous hydraulic structures on flow regime. This paper presents a MATLAB function, DrainCAN, for generating a HEC-RAS model from standard runoff input data, i.e., topographic data and canal design geometry (profile and slope). The DrainCAN function allows for fast optimization of the network geometry—it generates normal flow depth estimation and observed water levels in critical locations that need to be optimized. Advantages of the DrainCAN function are fast generation of the HEC-RAS hydraulic model files from simple input files, introduction of optimization variables in the model, and automatic adjustment of model geometry for computational junctions. This allows fast iteration of the canal design parameters, namely cross-sectional geometry, invert elevation, and longitudinal slope, and the evaluation of introduced changes on the flow regime.
Keywords: agricultural drainage; drainage canal network; HEC-RAS agricultural drainage; drainage canal network; HEC-RAS

In this paper, we presented the MATLAB function DrainCAN for creating model geometry and flow data for input in HEC-RAS along with its advantages. The DrainCAN overlaps the corridor of the canals, forming the drainage network with scarce topographic data to derive compatible canal geometry to be used by HEC-RAS software. The advantage of the DrainCAN function is fast generation of the HEC-RAS input files for use in drainage canal optimization for small-scale projects that require fast hydraulic analysis. The potential for using the developed method also lies in the utilization of scarce input data, which is beneficial for projects that have a limited budget that does not allow for utilization of complex DTMs. The focus of the DrainCAN function is on optimization of the canal geometry in the design or restoration phase. To fully support the optimization process in geometry and flow data creation, DrainCAN incorporates optimization variables–it generates normal flow depth estimation and observed water levels in critical locations that need to be optimized. The developed function uses an .sdf file imported into HEC-RAS, which is a future-proof approach because it will be incorporated in future HEC-RAS versions.

The data presented in this study are available in Supplementary Materials.

The authors would like to acknowledge the support of Faculty of Agriculture that has kindly provided us with the canal layout for the case study area. 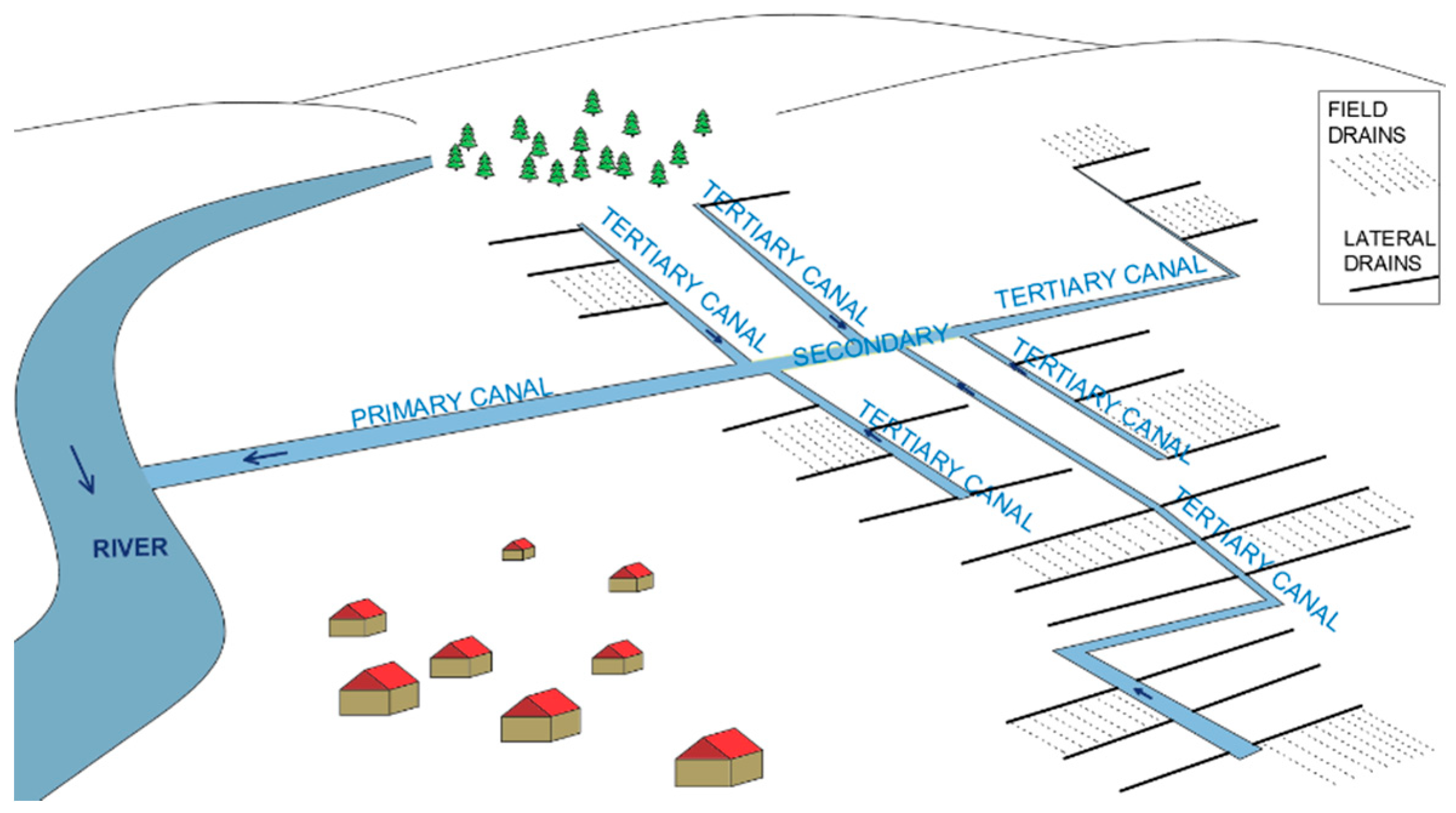 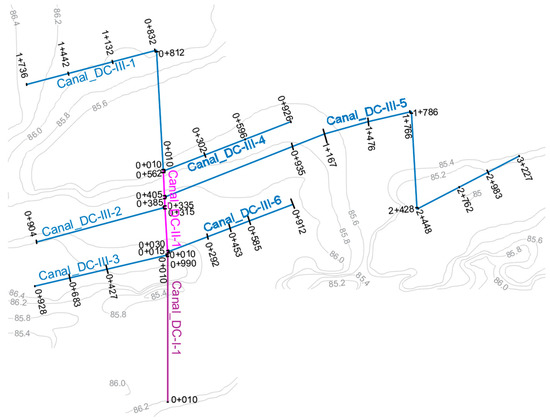 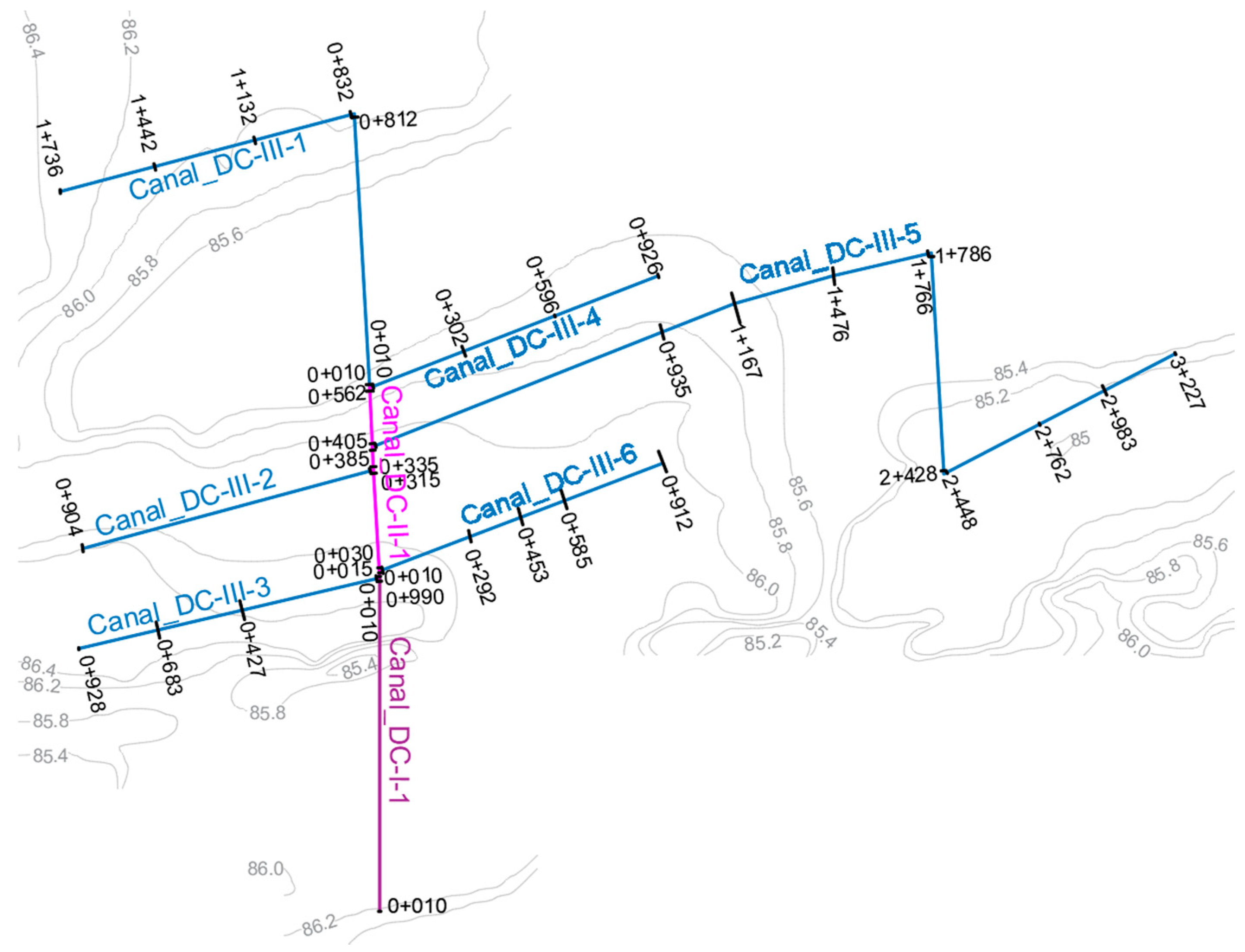 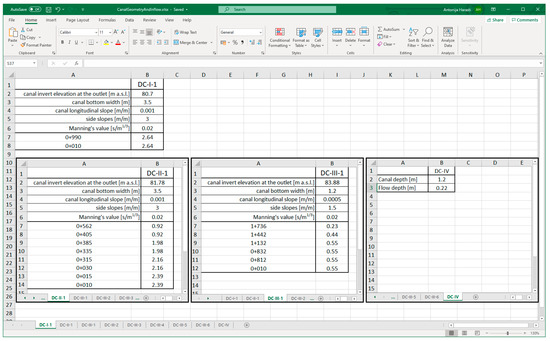 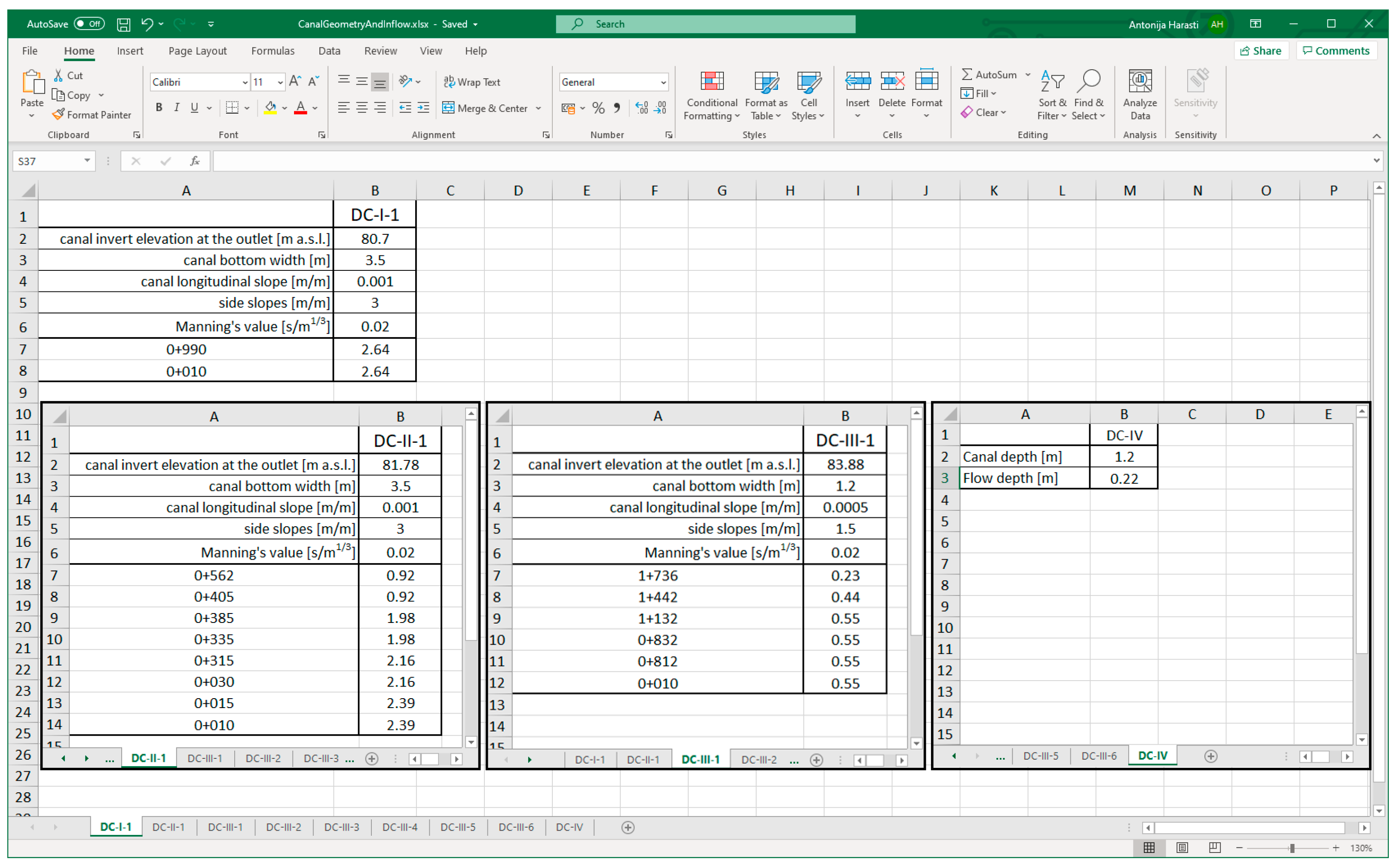 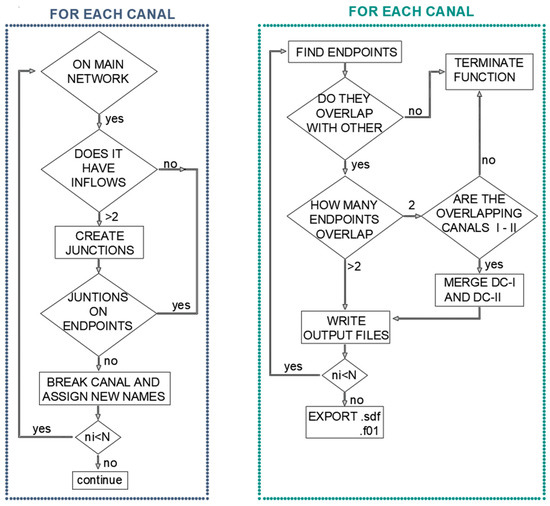 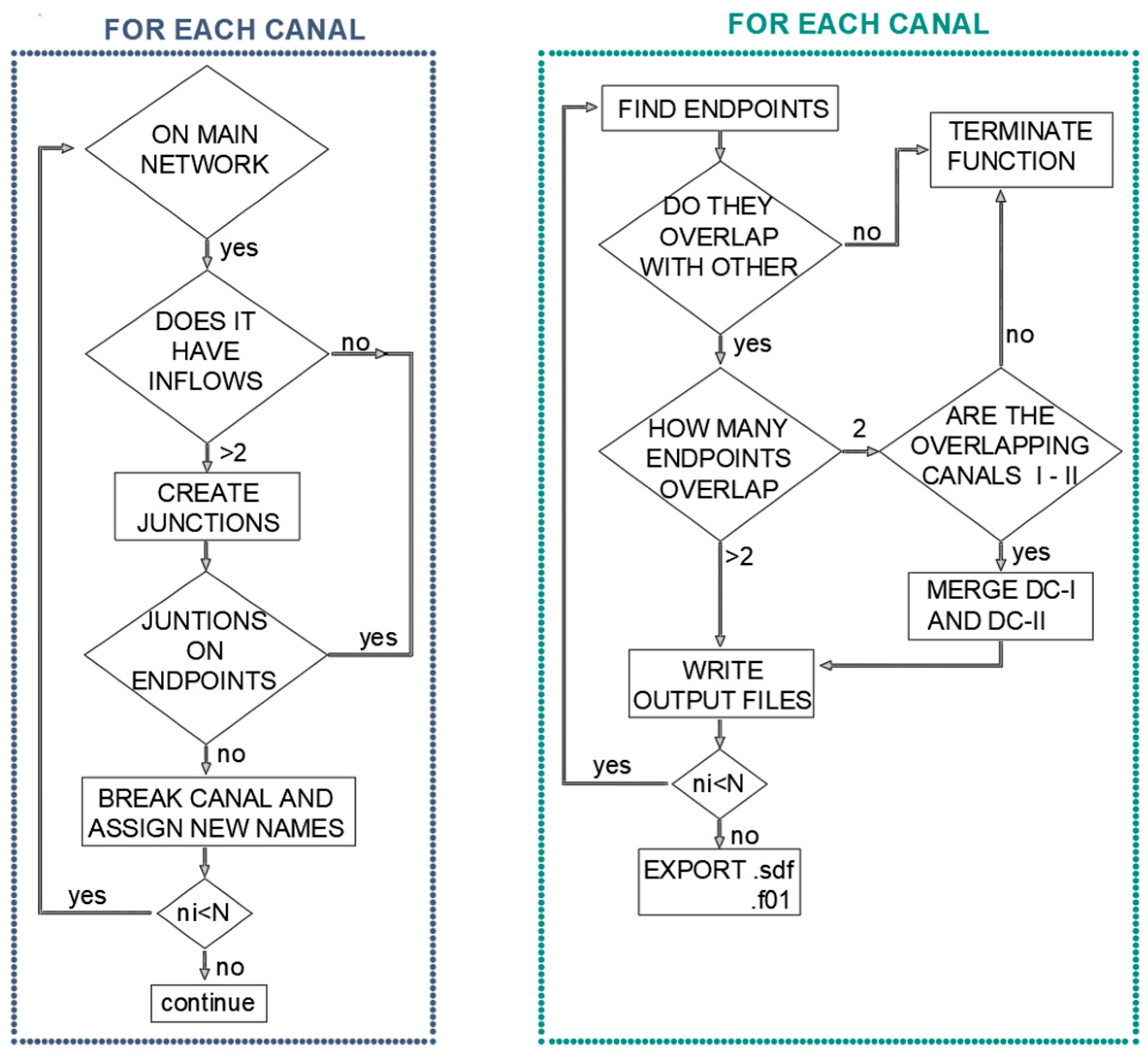 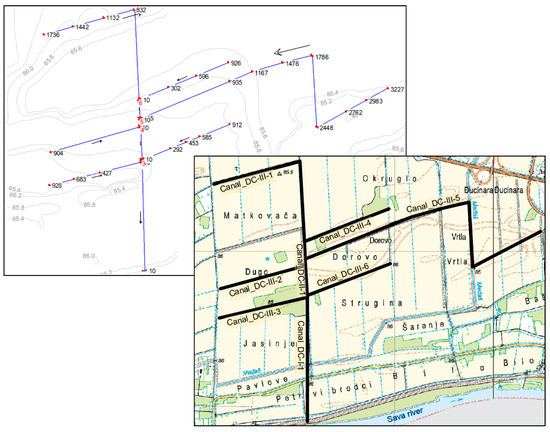 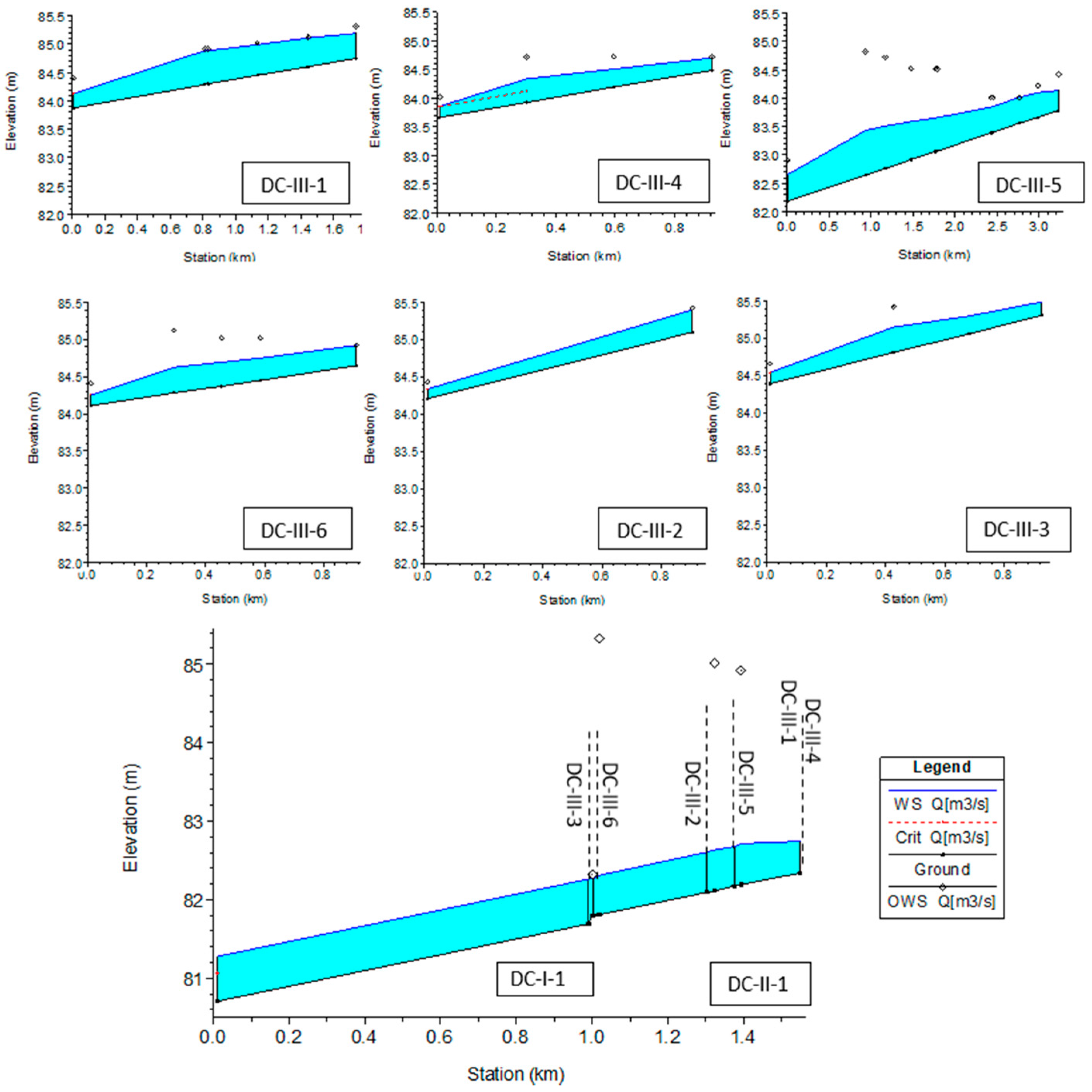