Seismically active fault zones are complex natural systems and they exhibit multifractal correlation between earthquakes in space and time. In this paper, the seismicity of the Taiwan seismic region was studied through the multifractal characteristics of the spatial-temporal distribution of earthquakes from 1st January 1995 to 1st January 2019. We quantified the multifractal characteristics of Taiwan at different scales and defined them as ΔD values. Furthermore, we studied the relationship between the ΔD and b values, which signifies the average size distribution of those earthquakes. The results are as follows. (1) The temporal multifractal curve changes substantially before and after the strong earthquakes. (2) The maximum ΔD value of the seismic region in Taiwan occurs at depths of 0~9 km, indicating that geological structures and focal mechanisms is the most complex at these depths compared with other depths. (3) ΔD values for different regions range from 0.2~1.5, and b values range from 0.65~1.3, with a significant positive correlation between them (ΔD = 1.5 × b − 0.68). For this purpose, a statistical relationship is developed between b and ΔD values, and regional and temporal changes of these parameters are analyzed in order to reveal the potential of future earthquakes in the study region. View Full-Text
Keywords: seismicity; multifractal; b value; complexity seismicity; multifractal; b value; complexity
►▼ Show Figures 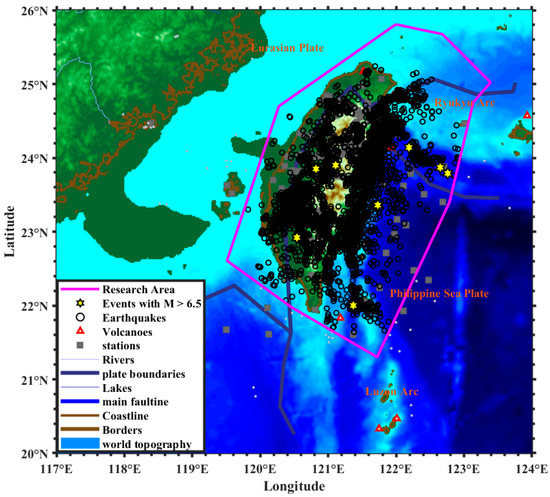