Consumption of Sports and Energy Drinks by High School Athletes in the United States: A Pilot Study
Next Article in Special Issue

From Sugar of Grape to Alcohol of Wine: Sensorial Impact of Alcohol in Wine
Previous Article in Journal

A preliminary study designed to assess the impact of the multisensory atmosphere (involving variations in lighting and music) on people’s rating of unflavoured and flavoured (citron and raspberry) vodkas is reported. The auditory and visual attributes of the environment were changed as people tasted, and then rated, four unlabelled glasses of vodka (two unflavoured samples, one sample of citron-flavoured and one sample of raspberry-flavoured vodka). Due to the public nature of the event, all participants experienced the same order of auditory and visual changes at the same time. For flavoured vodkas, we saw significant correlations between atmosphere-vodka matching and both liking and fruitiness, and this was reinforced by results showing that those participants who tasted the vodkas in congruent atmospheric conditions (raspberry vodka in red lighting and sweet music, citron vodka in green lighting and sour music) gave significantly higher ratings of liking and fruitiness than did those participants who tasted the vodkas in atmospheric conditions that were incongruent. Specifically, the participants liked the raspberry-flavoured vodka significantly more, and rated it as tasting significantly fruitier, under red lighting while listening to sweet music as compared to under green lighting and listening to sour music. Meanwhile, the unflavoured vodka was liked less under green lighting while listening to the putatively sour music than under white lighting and no music. These results demonstrate how the multisensory attributes of the environment impact on people’s experience of both unflavoured and flavoured vodkas, even when they are not given any information about what they are tasting. Some of the real-world implications for bars (i.e., the “on trade”), experiential events, and other beverage businesses are discussed. View Full-Text
Keywords: multisensory atmospherics; lighting; music; taste; crossmodal correspondences multisensory atmospherics; lighting; music; taste; crossmodal correspondences
►▼ Show Figures 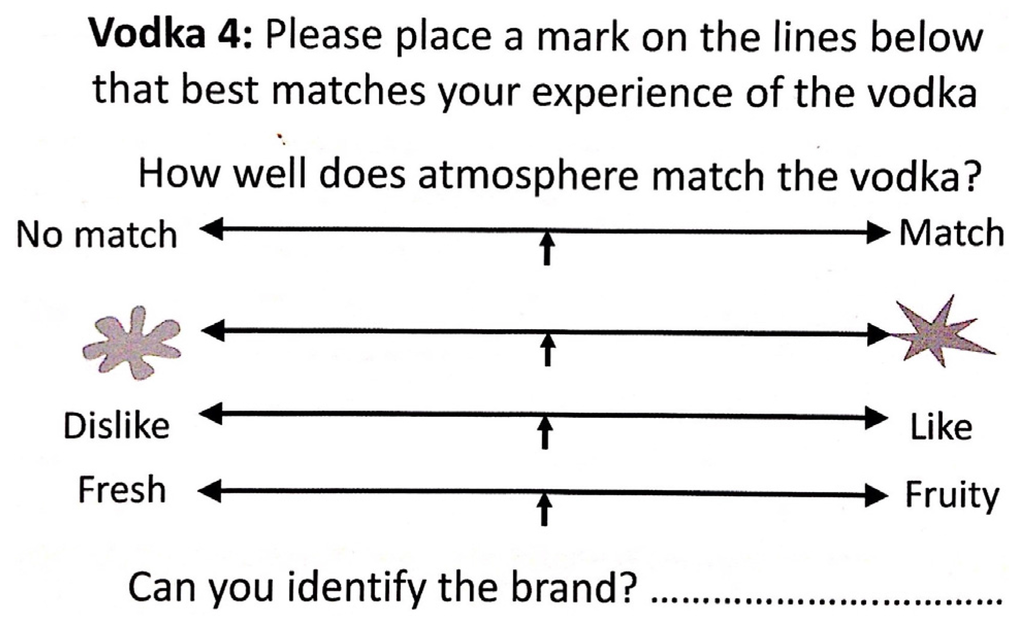