Assessing Nitric Oxide (NO) in Higher Plants: An Outline

Pollution Reduction in Throughflow from Vegetated and Non-Vegetated, Foam-Based Surfaces and Green Roofs

The ability of foam-based unplanted and green surfaces (Aqualok™) to remove pollutants (total suspended solids (TSS), NO3, NH4, total organic carbon (TOC) and total phosphorus (TP)) from direct precipitation and roof runoff passing through the surfaces was assessed. The assessments were conducted using unplanted Aqualok™ and planted Aqualok™ roof panels and a bioswale Aqualok™ installed on two Fire and Emergency Medical Service Stations (FEMSs) in Washington, D.C., USA. During a three-year period, impacts on water chemistry were evaluated by examining overall averages as well as performance over time. Upon installation, all Aqualok™ surfaces released a “pulse” of TSS and NO3, which decreased over time. TP concentrations from the planted panels were elevated relative to conventional roof runoff throughout the study. TOC was generally higher for planted Aqualok™ compared to unplanted Aqualok™, and did not decrease over time. Excluding the three months post-installation, TSS in throughflow from planted and unplanted Aqualok™ surfaces was 88% and 90% lower, respectively, than in runoff from a conventional tar and gravel roof. No significant differences between green surface throughflow and conventional roof runoff for NO3 or NH4 were observed. View Full-Text
Keywords: green surfaces; green roofs; urban pollution; urban water; sustainability green surfaces; green roofs; urban pollution; urban water; sustainability
►▼ Show Figures 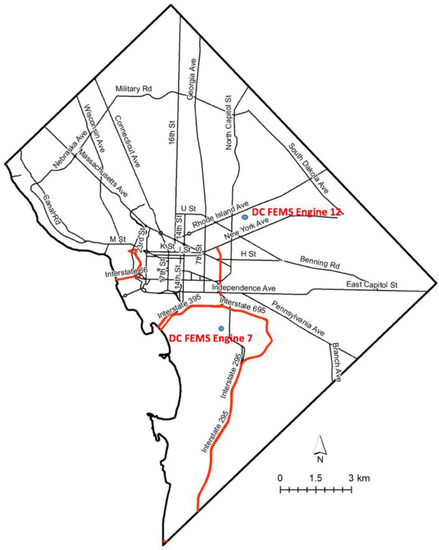