Extracellular Vesicles and Thrombosis: Update on the Clinical and Experimental Evidence
Previous Article in Journal

Characteristics of TIMP1, CD63, and β1-Integrin and the Functional Impact of Their Interaction in Cancer

Tissue Inhibitor of Metalloproteases 1, also known as TIMP-1, is named for its well-established function of inhibiting the proteolytic activity of matrix metalloproteases. Given this function, many studies were carried out to verify if TIMP-1 was able to interrupt processes such as tumor cell invasion and metastasis. In contrast, many studies have shown that TIMP-1 expression is increased in several types of tumors, and this increase was correlated with a poor prognosis and lower survival in cancer patients. Later, it was shown that TIMP-1 is also able to modulate cell behavior through the induction of signaling pathways involved in cell growth, proliferation, and survival. The mechanisms involved in the regulation of the pleiotropic functions of TIMP-1 are still poorly understood. Thus, this review aimed to present literature data that show its ability to form a membrane complex with CD63 and β1-integrin, and point to N-glycosylation as a potential regulatory mechanism of the functions exerted by TIMP-1. This article reviewed the characteristics and functions performed individually by TIMP1, CD63, and β1-integrin, the roles of the TIMP-1/CD63/β1-integrin complex, both in a physiological context and in cancer, and the regulatory mechanisms involved in its assembly. View Full-Text
Keywords: TIMP-1; cancer; N-glycosylation; CD63; β1-integrin TIMP-1; cancer; N-glycosylation; CD63; β1-integrin
►▼ Show Figures 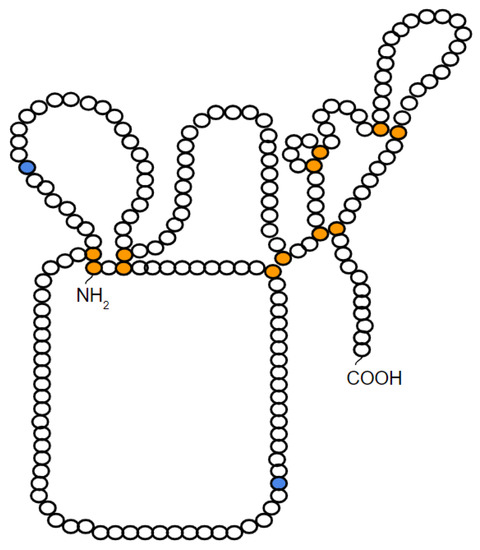