Visibility is a perceptible indicator of air pollution, so it is hardly surprising that it has been used to promote the regulation of air pollutants. In Hong Kong, poor visibility associated with air pollution has been linked with changes in tourist choices and health outcomes. Much research is available to examine the early deterioration of visibility in the city, and especially its relation to particulate sulfate. The period 2004–2012 saw especially poor visibility in Hong Kong and coincided with a time when pollutant levels were high. There is a reasonable correlation (multiple r2 = 0.57) between the monthly hours of low visibility (<8 km) and PM10, NO2, SO2, and O3 concentrations from the late 1990s. Visibility can thus be justified as a route to perceiving air pollution. Over the last decade, visibility has improved and average pollutant concentrations have declined in Hong Kong. The changing health risk from individual pollutants parallels their concentration trends: the risk from NO2 and particulate matter at urban sites has declined, but there have been increases in the health risks from ozone as its concentrations have risen across the region, although this is dominated by concentration increases at more rural sites. Since 2004, the frequency of search terms such as visibility, air pollution, and haze on Google has decreased in line with improved visibility. Despite positive changes to Hong Kong’s air quality, typically, the media representation and public perception see the situation as growing more severe, possibly because attention focuses on the air quality objectives in Hong Kong being less stringent than World Health Organisation guidelines. Policymakers increasingly need to account for the perceptions of stakeholders and acknowledge that these are not necessarily bound to measurements from monitoring networks. Improvements in air quality are hard won, but conveying the nature of such improvements to the public can be an additional struggle. View Full-Text
Keywords: air quality health index; public perception; health risk; stakeholders; media air quality health index; public perception; health risk; stakeholders; media
►▼ Show Figures 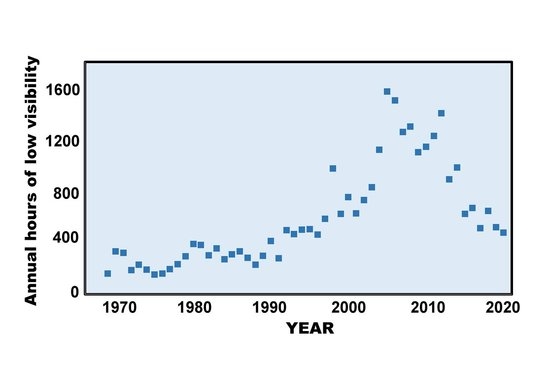