Carbapenemase Genes and Multidrug Resistance of Acinetobacter Baumannii: A Cross Sectional Study of Patients with Pneumonia in Southern Vietnam
Previous Article in Journal

Data from the Google search engine enables the assessment of Google users’ interest in a specific topic. We analyzed the world trends in searches associated with the topics “antibiotics” and “probiotics” from January 2004 to June 2019, using Google Trends. We analyzed the yearly trends and seasonal variation. We performed an R-Spearman rank correlation analysis of the relative search volume (RSV) of the topics in 2015 with antibiotic consumption, health expenditure per capita, and the 2015 Human Development Index (HDI) of the country. The mean interest in the topic of antibiotics was equal to RSV = 57.5 ± 17.9, rising by 3.7 RSV/year (6.5%/year), while that of probiotics was RSV = 14.1 ± 7.9, which rose by 1.7 RSV/year (12.1%). The seasonal amplitude of antibiotics was equal to RSV = 9.8, while probiotics was RSV = 2.7. The seasonal peaks for both topics were observed in the cold months. The RSV of probiotics, but not antibiotics, was associated with antibiotic consumption (Rs = 0.35; p < 0.01), health expenditure (Rs = 0.41; p < 0.001), and HDI (Rs = 0.44; p < 0.001). Google users’ interest in antibiotic- and probiotic-related information increases from year to year, and peaks in cold months. The interest in probiotic-related information might be associated with antibiotic consumption, health expenditure, and the development status of the Google users’ country.
Keywords: antibiotics; probiotics; Google Trends; Internet; antimicrobial resistance antibiotics; probiotics; Google Trends; Internet; antimicrobial resistance

The data on the efficacy of probiotics is growing [1], and is generating interest among scientists, clinicians, and patients [2]. Currently, trial results may be quickly forwarded by social media to a wide audience of conscious consumers [3]. However, access to probiotics may be limited by regulatory agencies, and lack of knowledge on the beneficial properties of microbes in the local population [3]. The interest in probiotics may be seasonal. Some changes over time, which may be associated with the seasonal variation of gastrointestinal ailments, reveal a seasonal variation with a higher prevalence in autumn–winter [4,5]. Moreover, it is reported that the consumption of antibiotics peaks in winter and decreases in summer [6,7]. These seasonal variations may also be associated with an increase in the number of probiotic recommendations to relieve gastrointestinal complaints, or to restore gut microbiota. Indeed, we observed that the sales of probiotics are higher in colder than in warm months (Łoniewski and Marlicz-unpublished data). Up to 90% of Web users look for health-related information [8]. The Internet provides immediate access to an enormous amount of information. Beck et al. reported that ~80% of users perceive the Web as a reliable source of information [9]. It is suggested that Internet traffic and areas of interest may mirror the health issues of the population [10]. The most popular search engine globally is Google. Some past studies have used Google data for the epidemiologic analysis of health-related issues [11,12,13]. We assume that Google data may reflect the changes in global interest in the terms and subjects related to antibiotics and probiotics. Therefore, we aimed to analyze, with a decomposition of time series data, to present the trends over time, seasonal variation, and irregular variation.
We aimed to investigate the interest (from 2004 to 2019) in the search terms “antibiotics”, “antibiotic resistance”, and “probiotics” among Google users worldwide.

We collected the data on 7 June 2019 using the Google tool, Google Trends (GT; https://trends.google.com/trends/). GT is an open-source tool that presents the relative search volume (RSV) of a specific phrase in a given country and period in the Google search engine. The data is available from January 2004 to the day of the query. Moreover, GT recognizes many “topics” that enables us to analyze the search volume of the same topic in all languages, for example, car and umbrella. It facilitates the easy comparison of the given terms across the world. RSV is an index of search volume adjusted to the number of Google users in a given geographical area. RSV ranges from 1–100, where the value of 100 indicates the peak of popularity (100% of popularity in the given period and location) and 0 the nadir (<1%) [10]. GT also enables the comparison of more than one phrase or topic simultaneously. In this case, RSV = 100 corresponds to the highest popularity of one of the compared terms. Initially, we chose the following topics: “antibiotics”, “probiotics”, “antimicrobial resistance”, “prebiotics”, and “synbiotics”. To assess the ratio of interest in the topics, we calculated the ratio of the mean RSV of all of the topics to antibiotics. Moreover, we calculated a similar ratio of the number of findings in the PubMed search engine for all of the topics to antibiotics from 2004 to the date of collection. Because the interest in the topics may vary significantly, we included topics in the secondary analysis, with mean RSVs equal to or higher than 5. We compared the RSV of the chosen terms worldwide from January 2004 to the day of the collection. We excluded countries with low search volumes from the analysis. To ensure that the research is reproducible, we followed the recommendations of Nuti et al., and presented the search conditions in a modified checklist (Table S1) [10]. We analyzed the popularity of the selected topics using the Seasonal Decomposition of Time Series by Loess (Local Polynomial Regression Fitting), included in the ggseas package of R 3.6.1. (R Foundation, Vienna, Austria) [14]. The analysis decomposes time series data to present trends over time, including seasonal and irregular variations. The trend component reflects the long-term progression of the series, the seasonal variation presents the periodic changes of the time series, and the irregular variation presents the residuals of the time series after the other components are removed, representing random factors. All of the obtained components of the time series are presented in the same units as the primal time series, which, in our study, denotes RSV (y-axis) over time (x-axis). Most Google users live in the northern hemisphere, thus most of them experience their cold season from December to February. We chose three countries (Argentina, Australia, and South Africa) from the southern hemisphere to perform an additional time series decomposition, in order to reveal possible inverse RSV seasonal patterns related to the difference in months of the cold season. Additionally, we analyzed the time series decomposition of RSV of several countries with the highest relative interest for “probiotics”. We illustrated the results using the ggplot and ggseas R packages [15]. We used the Seasonal Mann–Kendall test to detect the presence of a significant trend in the analyzed time trends (α = 0.05) [16]. For significant trends, we performed a linear regression to estimate the slope expressed as changes in RSV per year, and the percentage of mean RSV per year. To determine the occurrence of the significant seasonal component, we fitted an exponential smoothing state space model with a Box-Cox transformation, autoregressive-moving average errors, and trend and seasonal components (TBATS) to the data [17]. In the case of a significant seasonal component, we calculated the seasonal amplitude by adding the absolute values of the highest and lowest monthly seasonal components, and expressed them as RSV and percentage of mean RSV. A p-value < 0.05 was considered a significant difference.
GT also presents a comparison of the chosen term in sub-regions. All of the chosen topics in a given sub-region added up to 100%. We set countries as sub-regions. We did not illustrate the RSV from the sub-region comparison, and presented them in a grey color. The RSV was presented as a mean ± standard deviation or percentage in the country analysis. Moreover, we used the R-Spearman rank correlation to search for associations between the RSV of the topics antibiotics and probiotics, with antibiotic consumption [18], antibiotic resistance (measured by the Drug Resistance Index) [19], inflation-adjusted healthcare expenditure per capita [20], and the Human Development Index (HDI) of the countries [21]. DRI represents the combined ability of antibiotics to treat infections, with the extent of their use in clinical circumstances, for a specific region [19]. Inflation-adjusted health expenditure per capita is a universal measure of the sum of the private and public health funding. The outcome is adjusted to the 2011 dollar. The Human Development Index is a combined index of life expectancy, education, and per capita income, which allows for comparing the development of the countries. Because the most recent and detailed information on antibiotics consumption and antibiotics resistance available are for 2015, we extracted the data for 2015 from GT for all of the countries with a significant RSV.

We would like to thank Editage (www.editage.com) for the English language editing.

I.Ł. and W.M. are the foundation shareholders of Sanprobi, the manufacturer and distributor of the probiotics. M.K. received remuneration from this company, and the content of this study was not subjected to any constraints by this company. 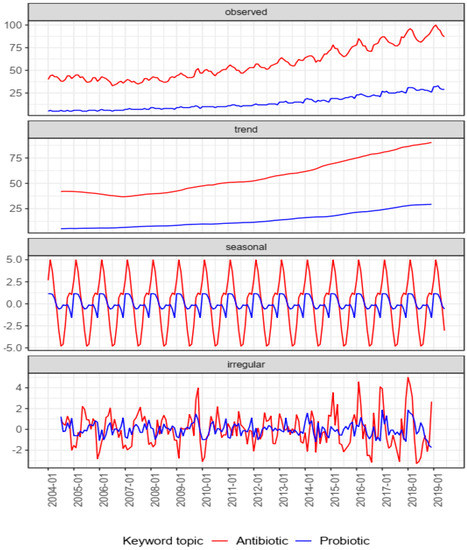 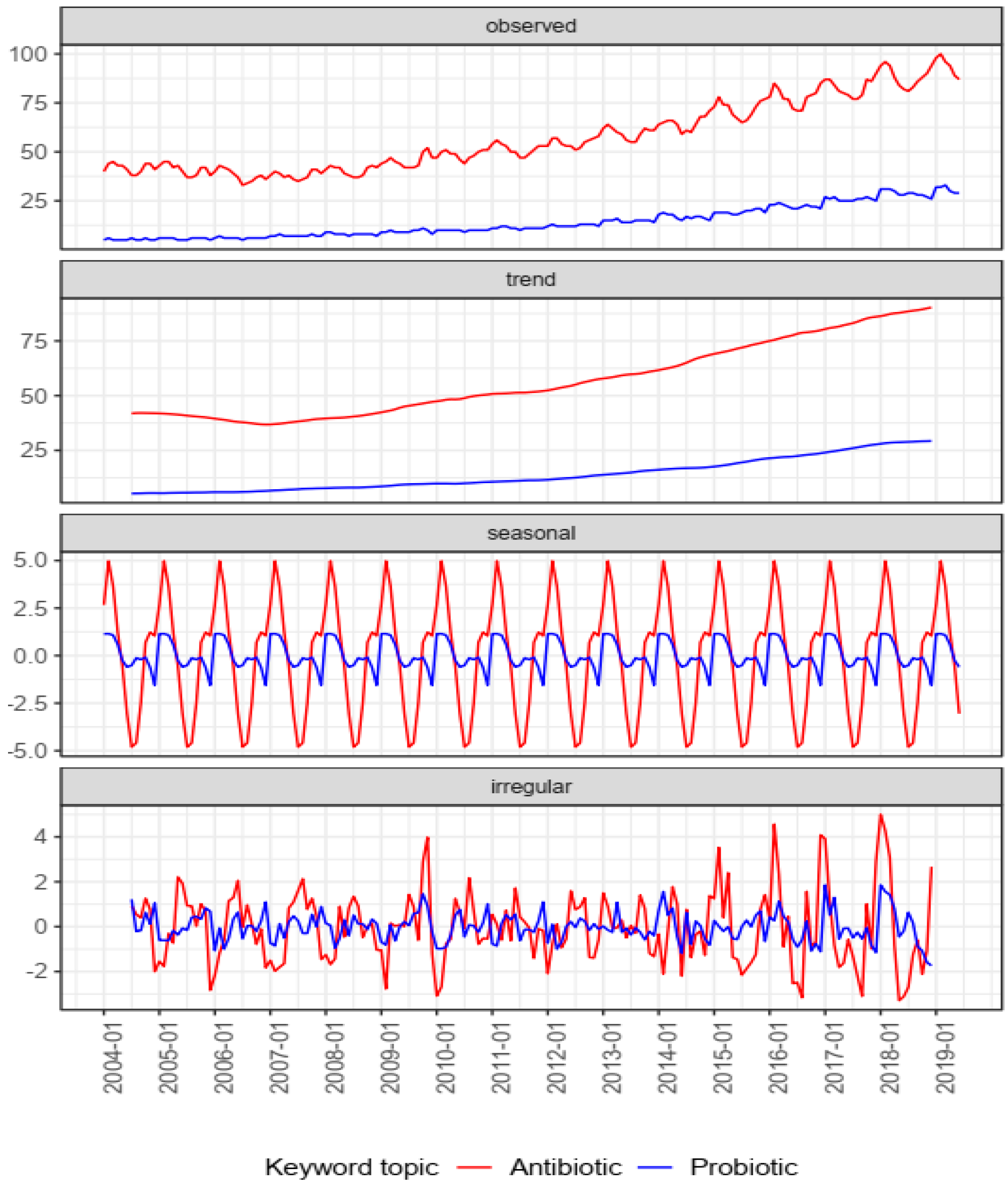 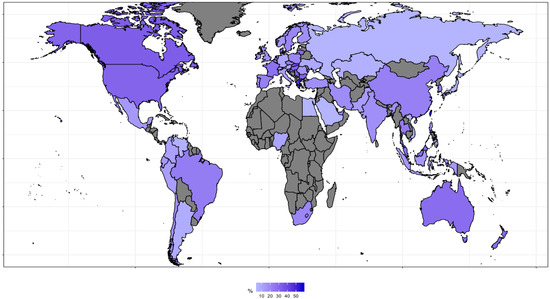 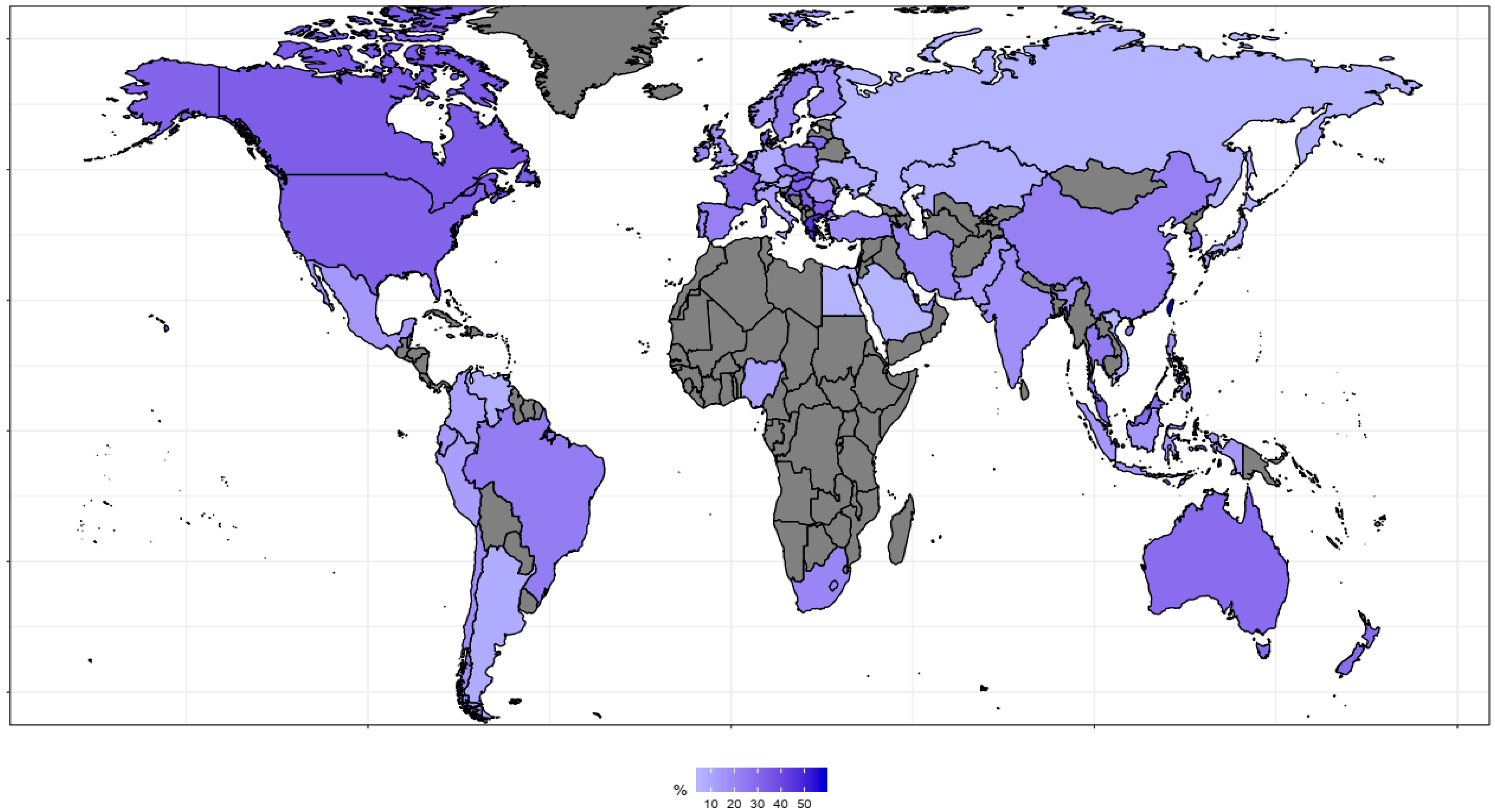 Table 2. R Spearman rank-correlation results.
Table 2. R Spearman rank-correlation results.
* p < 0.05, ** p < 0.01, *** p < 0.001.
© 2019 by the authors. Licensee MDPI, Basel, Switzerland. This article is an open access article distributed under the terms and conditions of the Creative Commons Attribution (CC BY) license (http://creativecommons.org/licenses/by/4.0/).
We use cookies on our website to ensure you get the best experience. Read more about our cookies here.
Accept
We have just recently launched a new version of our website. Help us to further improve by taking part in this short 5 minute survey here. here.
Never show this again