Structure: Function Studies of the Cytosolic, Mo- and NAD+-Dependent Formate Dehydrogenase from Cupriavidus necator
Next Article in Special Issue

This study reports the ability of magnetic alginate activated carbon (MAAC) beads to remove Cd(II), Hg(II), and Ni(II) from water in a mono-metal and ternary system. The adsorption capacity of the MAAC beads was highest in the mono-metal system. The removal efficiency of such metal ions falls in the range of 20–80% and it followed the order Cd(II) > Ni(II) > Hg(II). The model that best fitted in the ternary system was the Freundlich isotherm, while in the mono-system it was the Langmuir isotherm. The maximum Cd(II), Hg(II), and Ni(II) adsorption capacities calculated from the Freundlich isotherm in the mono-metal system were 7.09, 5.08, and 4.82 (mg/g) (mg/L)1/n, respectively. Lower adsorption capacity was observed in the ternary system due to the competition of metal ions for available adsorption sites. Desorption and reusability experiments demonstrated the MAAC beads could be used for at least five consecutive adsorption/desorption cycles. These findings suggest the practical use of the MAAC beads as efficient adsorbent for the removal of heavy metals from wastewater. View Full-Text
Keywords: heavy metals; magnetite nanoparticles; adsorption; nanocomposite; hybrid; multi-metal; water heavy metals; magnetite nanoparticles; adsorption; nanocomposite; hybrid; multi-metal; water
►▼ Show Figures 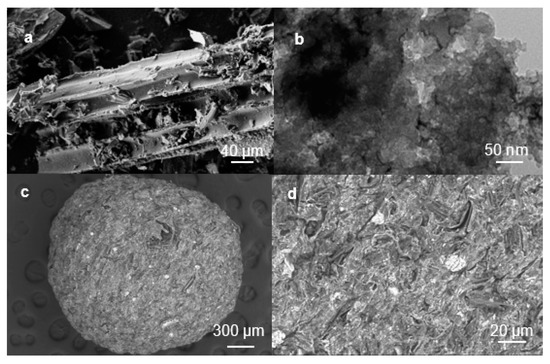