In order to develop more effective immunological strategies to prevent vibriosis of farmed marine fish in Hong Kong and southern China, various vaccine preparations including formalin-, phenol-, chloroform- and heat-killed whole cell bacterins and subcellular lipopolysaccharides (LPS), as well as different administration routes, were investigated. Fish immunized with the subcellular LPS exhibited the best protection [Relative Percent of Survival (RPS) = 100], while fish immunized with whole cell bacterins displayed varying degrees of protection (RPS ranged from 28 to 80), in descending order: formalin-killed > phenol-killed > heat-killed > chloroform-killed bacterins. Regarding various administration routes, fish immunized with two intraperitoneal (i.p.) injections exhibited the best protection, and the RPS values were 100 or 85 upon higher or lower doses of pathogenic V. alginolyticus challenges. Both oral vaccination and a combination of injection/immersion trial were also effective, which achieved relatively high protection (the RPS values ranged from 45 to 64.3). However, two hyperosmotic immersions could not confer satisfactory protection, especially when fish were exposed to the severe pathogenic bacteria challenge. Marked elevations of serum agglutinating antibody titer were detected in all immunized fish. Macrophage phagocytosis was enhanced significantly, especially in the fish immunized by formalin- and phenol-killed bacterins through various administration routes. Both adaptive (specific antibody) and innate (phagocytic activity) immunity elicited by different immunization strategies were in parallel with the degree of protection offered by each of them. Although all vaccination trials had no significant effect on the serum hematocrit and hemoglobin levels, the circulating lymphocyte counts were significantly elevated in the fish immunized with LPS, formalin- and phenol-killed bacterins. Serum cortisol levels appeared to be reduced in all immunized fish except the trial of hyperosmotic immersion, which indicated the stressful impact on vaccinated fish. View Full-Text
Keywords: Sparus sarba; Vibrio alginolyticus; vibriosis; vaccine; vaccination; administration route Sparus sarba; Vibrio alginolyticus; vibriosis; vaccine; vaccination; administration route
►▼ Show Figures 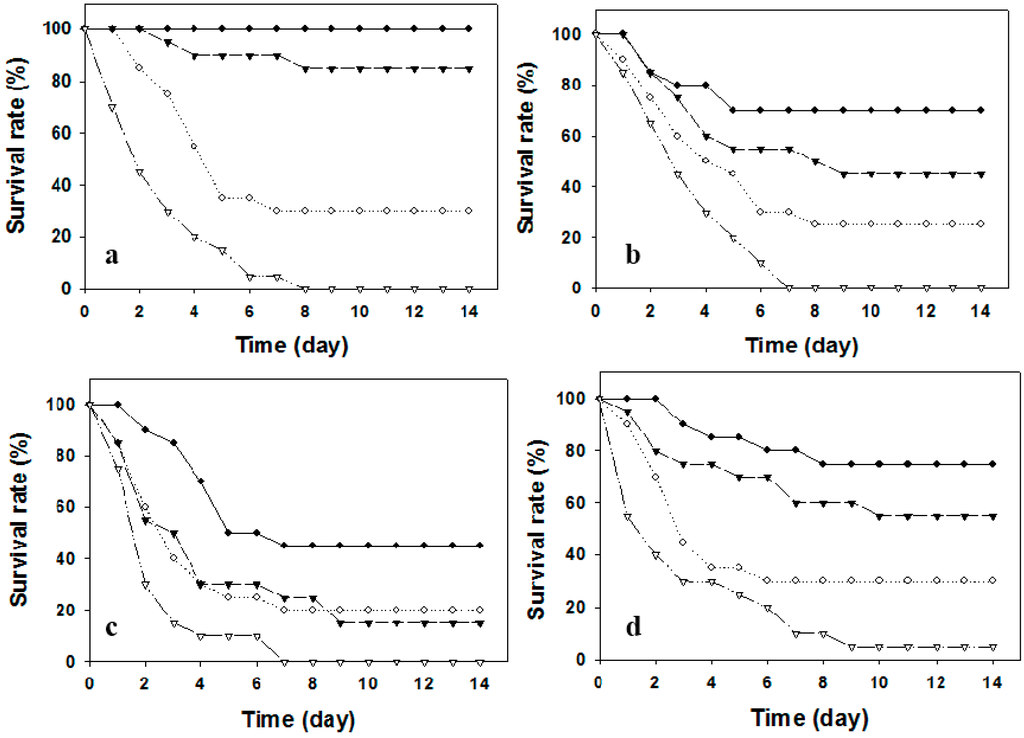