Relations between Stress and Depressive Symptoms in Psychiatric Nurses: The Mediating Effects of Sleep Quality and Occupational Burnout
Previous Article in Special Issue 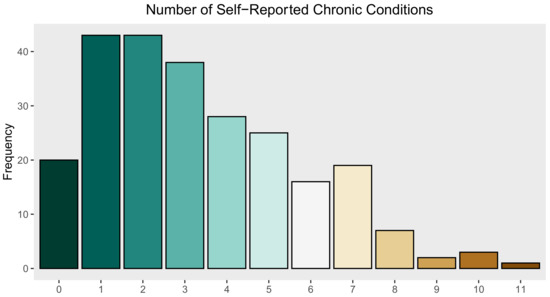 Mary-Catherine Anderson
Mary-Catherine Anderson is a PhD candidate in the Department of Earth System Science at Stanford University. Her interdisciplinary, social science research focuses on social and environmental drivers of health among vulnerable communities. Currently, her research examines how social structures and prolonged exposure to biophysical environments are related to health outcomes, such as well-being and disease transmission, among homeless populations in the United States. Additionally, her research employs field experiments to examine group, or social, identities among people experiencing homelessness.

Ashley Hazel
Ashley Hazel is a Research Scientist in the Department of Earth System Science at Stanford University. Her work focuses on social systems and structures and how they interact with and mediate environmental processes and life-history tradeoffs, with particular focus on mobile, subsistence-based communities. As an interdisciplinary scientist, her research merges human behavioral ecology, epidemiology, and infectious disease dynamics to understand human-environment interactions, particularly as they relate to mobility, livelihood, pathogen transmission, and environmental unpredictability.

Jessica M. Perkins
Jessica M. Perkins is an Assistant Professor in the Department of Human and Organizational Development at Vanderbilt University. As an interdisciplinary social and behavioral scientist, her work uses a socio-ecological framework to understand drivers of HIV, violence, and substance use outcomes among people in the United States and Uganda. She focuses on how social norms and social networks influence individual behavior and community health. Her aim is to inform the design of community-based interventions to support health promotion particularly in resource-limited settings. She is supported by funding from the National Institute of Mental Health.

Zack W. Almquist
Zack W. Almquist is an Assistant Professor of Sociology, Adjunct Assistant Professor of Statistics and Senior Data Scientist at the eScience Institute at the University of Washington. His research centers on the development and application of mathematical, computational and statistical methodology to problems and theory of social networks, demography, education, homelessness, and environmental action and governance. Currently, his research program is focused on understanding, modeling, and predicting the effects that space (geography) and time have on human interaction (communication or needle sharing) and social processes (information passing or disease transmission).
Zoom | Orient | As Lines | As Sticks | As Cartoon | As Surface | Previous Scene | Next Scene
We use cookies on our website to ensure you get the best experience. Read more about our cookies here.
Accept
We have just recently launched a new version of our website. Help us to further improve by taking part in this short 5 minute survey here. here.
Never show this again