The North American porcupine, Erethizon dorsatum (Rodentia: Erethizontidae), also known as the Canadian porcupine, is a herbivore rodent. This meso-mammal is one of the largest members in the rodent family, and has wide distribution across continental North America. This woodland denizen is native to coniferous and mixed forests across southern Canada, and its distribution extends southward into northeastern, north-central, and western United States as far south as the northern fringe of Mexico. Ecologically, free-ranging porcupines have a home range of up to 28 ha. This arboreal herbivore is covered with a coat of quills that arm it from predators. Once a porcupine is threatened, it will hide its face, swat its tail at its assailant, and thrust an arsenal of quills in multiple directions to strike its attacker. The sharp, needle-like quills are painful, and prudent attackers retreat. In the spring and summer, porcupines feed on berries, seeds, grasses, leaves, roots, and stems. In the winter, North American porcupines feed on the inner bark of trees. As these herbivore rodents forage for food, they make direct contact with low-lying vegetation where ticks are questing.
Blacklegged ticks, Ixodes scapularis (Acari: Ixodidae), are indigenous across North America east of the Rocky Mountains [1]. Ixodidae, commonly referred to as hard ticks, are predominantly blood-feeding ectoparasites of mammals and birds although several species feed on reptiles [1]. Tiny ticks maintain a stealth presence in the natural environment, and covertly parasitize North American porcupines. These quill-laden rodents are primarily nocturnal, but will defend themselves at any time of day. In Wisconsin, wildlife rehabilitators collected I. scapularis adults from several North American porcupines [2].
The locality where the free-ranging porcupine was found is in the Great Lakes-St. Lawrence forest region which consists primarily of red pine, eastern white pine, eastern hemlock, yellow birch, sugar maple, and red oak [3]. In a tick-host study conducted across Ontario with veterinarians, wildlife rehabilitators, and the public, acarologists previously detected I. scapularis ticks on domestic dogs, cats, and humans in the same precambrian area (Canadian Shield) [4]. Although porcupines have feeding activities in trees, these spiny rodents will have direct contact with low-lying vegetation when they are feeding at ground level. If present, this is where I. scapularis ticks are questing. Depending on the time of year and their developmental life stage, I. scapularis ticks conduct host-seeking activities anytime through the day. Several blacklegged ticks collected within a single collection period (a single year) indicate that a reproducing population of I. scapularis is present [5,6].

The North American porcupine was found on the side of the road north of Westport, Ontario on County Road 10 (44.687° N, 76.385° W), which is situated within the Canadian Shield (Figure 1). The injured porcupine was taken to Sandy Pines Wildlife Centre, Napanee, Ontario, and a wildlife rehabilitator examined it. Since the head had visible trauma, it is believed that the porcupine was struck by a passing vehicle. Based on a x-ray, veterinary technicians also found a diaphramatic hernia. Due to the severity of trauma, the North American porcupine was promptly euthanized upon arrival, and five partially engorged I. scapularis females were collected.

The collection of five engorged I. scapularis females feeding on a North American porcupine is a novel discovery in Canada (Figure 2). Based on a literature search [2,7,8,9] and the Canadian National Collection, the author affirms that this mammalian parasitism is the first documentation of I. scapularis parasitizing a North American porcupine in Canada.
The blacklegged tick parasitizes a wide diversity of vertebrates (avian, mammalian, reptilian), which include more than 150 vertebrate species [1,10]. This tick species is known to harbour a broad diversity of tick-borne pathogens, including nine different pathogens/pathogen groups [10,11]. Previously, the author barcoded an I. scapularis collected from a raptor (American Kestrel) for confirmation by molecular identification of this tick species [12]. Since the larval and nymphal stages of blacklegged ticks are transported by migratory songbirds, these tick-borne, zoonotic pathogens are widely dispersed in the temperate zone of North America, especially during northward, spring migration [9,13,14,15,16,17,18,19,20,21,22,23]. When a songbird is heavily infested with I. scapularis larvae and nymphs, passerine birds can start a new population of ticks [24,25,26]. Nymphal I. scapularis ticks have been reported on songbirds as far north as Newfoundland and Labrador [19], north-central Saskatchewan [17], and northwestern Alberta [13,19]. With the exception of Newfoundland and Labrador, North American porcupines inhabit these forested areas.
The ratio of males and females in ixodid ticks is generally 1:1 (Figure 1). Even though males may have been present on the host porcupine, they were not observed. Males are black (Figure 2), and inconspicuous with the naked eye, and frequently undetected on dark-coloured, furry or spiny animals. If a male was present, it could mate with one or more females. Alternatively, mating can occur on vegetation before the female acquires a host. The presence of five attached females on the porcupine illustrates that the North American porcupine is a mating venue for I. scapularis males and females.
The five I. scapularis females on a single North American porcupine indicate that an established population of I. scapularis is present in the home range of the host [5,6]. When the females have taken complete blood meals, and have mated with males, the gravid females will lay eggs in the spring, and start a new generation of I. scapularis ticks [11]. As a host of I. scapularis adults, a porcupine can be involved in the reproduction and propagation of this tick species, especially if the male and female have mated on this host, and the female engorges, and obtains a complete blood meal from the porcupine. Additionally, the porcupine parasitism indicates that an established population of I. scapularis is present in this locality [5,6].
In summary, the author endorses a new tick-host association for blacklegged ticks in Canada. This rodent parasitism provides the first published report of I. scapularis parasitizing a North American porcupine in Canada.

Not applicable. An animal care permit is not required to remove a tick from a host. In this case, the ticks were removed after the porcupine was euthanized.

The wildlife supervisor provided the basic background information, and the names of participants were not released.

The author thanks the staff of Sandy Pines Wildlife Centre for collecting ticks and providing background information on the porcupine. The author is indebted to Amanda Green for computer graphics and grateful to Susan Finkle for facilitative support. 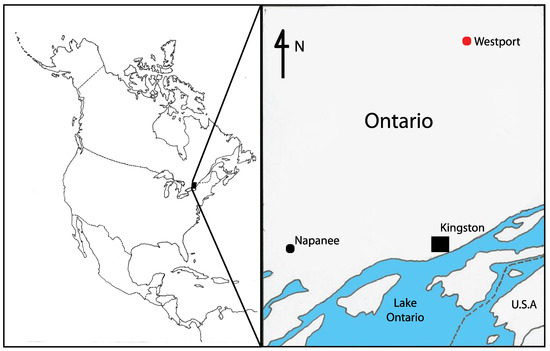 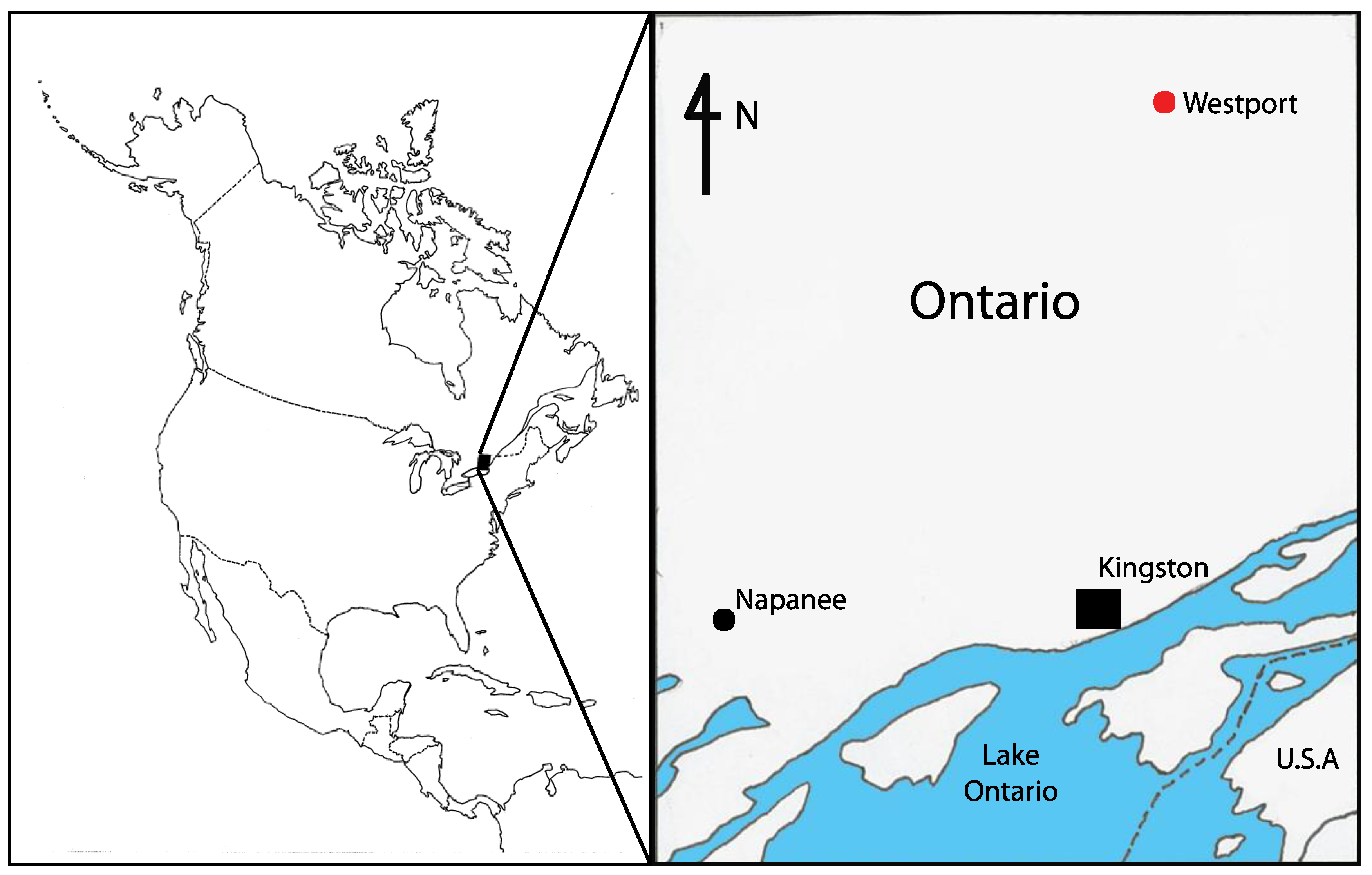 © 2021 by the author. Licensee MDPI, Basel, Switzerland. This article is an open access article distributed under the terms and conditions of the Creative Commons Attribution (CC BY) license (https://creativecommons.org/licenses/by/4.0/).
We use cookies on our website to ensure you get the best experience. Read more about our cookies here.
Accept
We have just recently launched a new version of our website. Help us to further improve by taking part in this short 5 minute survey here. here.
Never show this again