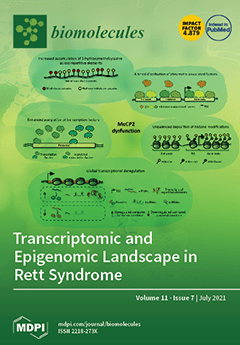 Cover Story (view full-size image): Rett syndrome (RTT) is a devastating neurodevelopmental disease—the pathogenetic mechanisms of which are still under investigation. RTT is caused by mutations in MeCP2, a master epigenetic modulator of transcription, involved in the organization of chromatin architecture. MeCP2 dysfunction leads to large‐scale alterations of the epigenome, including increased oxidation of mC, abnormal binding of chromatin-associated proteins, unbalanced deposition of epigenetic modifications, deregulated gene expression and altered acetylation of histone and transcription factors. Further examination of the epigenomic and transcriptomic alterations caused by MeCP2 dysfunction may help to develop focused therapeutic strategies for RTT. View this paper
Previous Issue
Volume 11, June
Next Issue
Volume 11, August
We use cookies on our website to ensure you get the best experience. Read more about our cookies here.
Accept
We have just recently launched a new version of our website. Help us to further improve by taking part in this short 5 minute survey here. here.
Never show this again