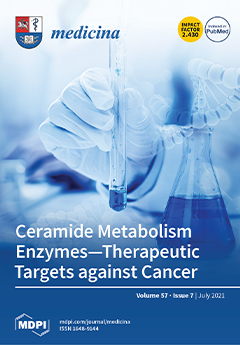 Sphingolipids are both structural molecules that are essential for cell architecture, and second messengers that are involved in cell and organism homeostasis. Moreover, sphingolipid metabolism disfunction is implicated in several diseases, such as cancer.
Studies on sphingolipids and metabolic enzymes are of vital importance for developing novel therapeutic strategies and for improving conventional therapies in carcinogenesis and cancer dissemination. View this paper

Previous Issue
Volume 57, June
Next Issue
Volume 57, August
We use cookies on our website to ensure you get the best experience. Read more about our cookies here.
Accept
We have just recently launched a new version of our website. Help us to further improve by taking part in this short 5 minute survey here. here.
Never show this again