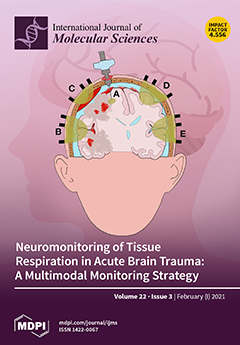 Cover Story (view full-size image): Brain tissue partial oxygen pressure (PbtO2) and near-infrared spectroscopy (NIRS) neuromonitoring are frequently compared in the management of acute moderate and severe traumatic brain injury patients. However, the relationship between their respective output parameters flows from the complex pathogenesis of tissue respiration after brain trauma; the nature of these abnormalities makes PbtO2 insufficient to encapsulate alone and in full all aspects of the evolving pathophysiology. Thus, attempts to determine the applicability of NIRS as a valid neuromonitoring tool based solely on comparisons with PbtO2 neuromonitoring are conceivably sub-optimal. A different approach, based on the development of biosignatures from multimodal monitoring that includes NIRS, should be employed. View this paper
Previous Issue
Volume 22, January-2
Next Issue
Volume 22, February-2
We use cookies on our website to ensure you get the best experience. Read more about our cookies here.
Accept
We have just recently launched a new version of our website. Help us to further improve by taking part in this short 5 minute survey here. here.
Never show this again